“Can anyone identify what purpose this piece of furniture serves?” 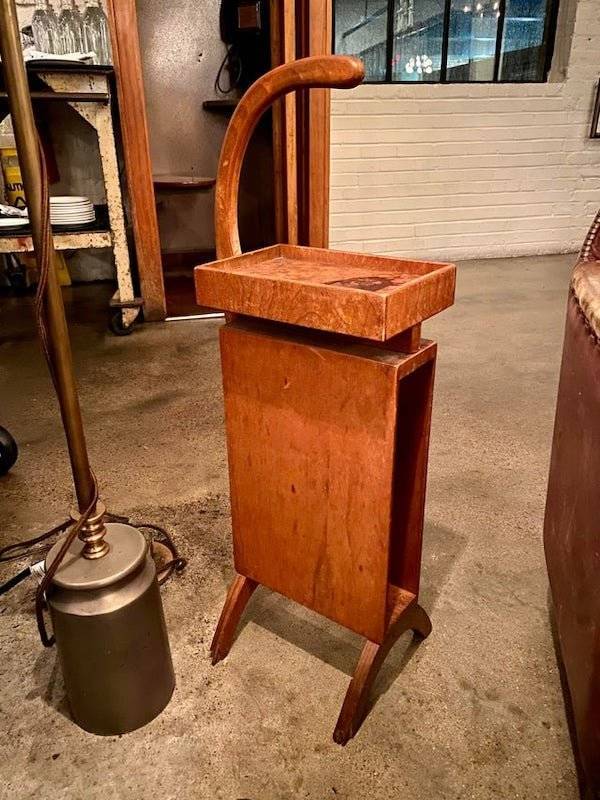 A: “It is a telephone stand. The handle is to move it around the room.”

“Seen built into the counter of a kitchen in a high end home. What is this item used for? Thank you!” 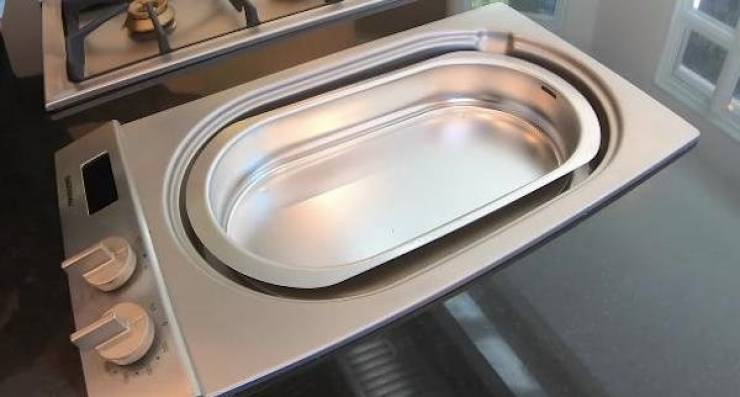 A: “Its an electric hot water bath/double boiler”

“This was shipped to our office with no name or return address. Looks to be an odd lockbox of some sort.” 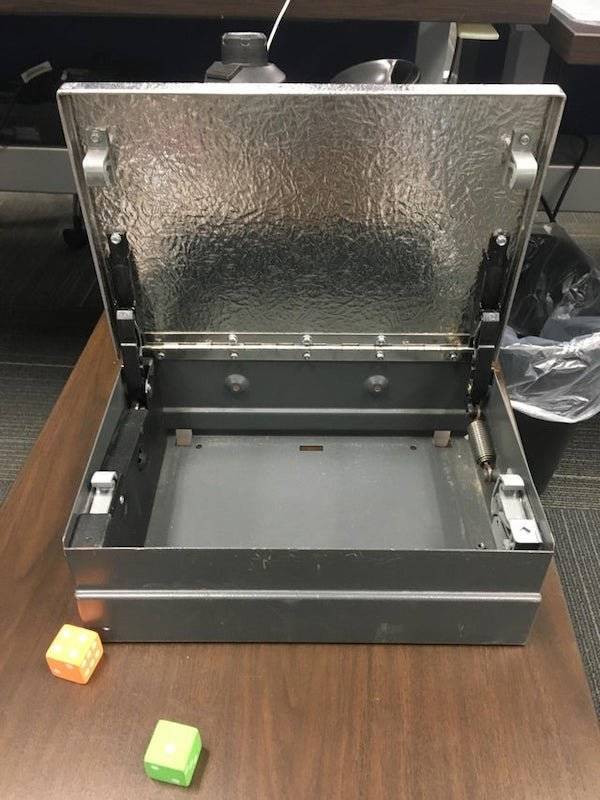 “Chicago – the city came through my alley yesterday and dug a trench down the middle. Anyone know why they would have done that?” 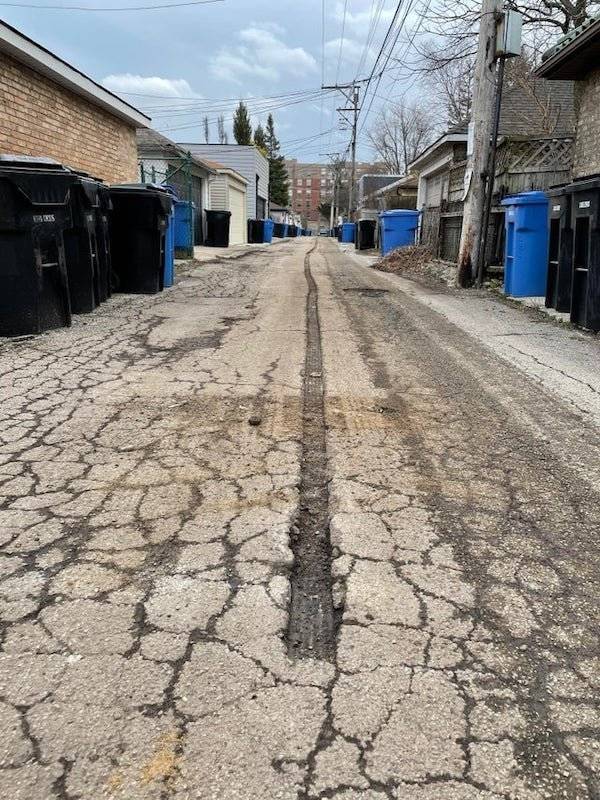 A: “Looks like your alley is due for re-paving. They do this ahead of time to make sure they’re not going to run into anything unexpected on the day they bring in all the heavy equipment.”

“I found this angle bar with chains attached. It’s about 6 feet long. Does anyone know what this is used for?” 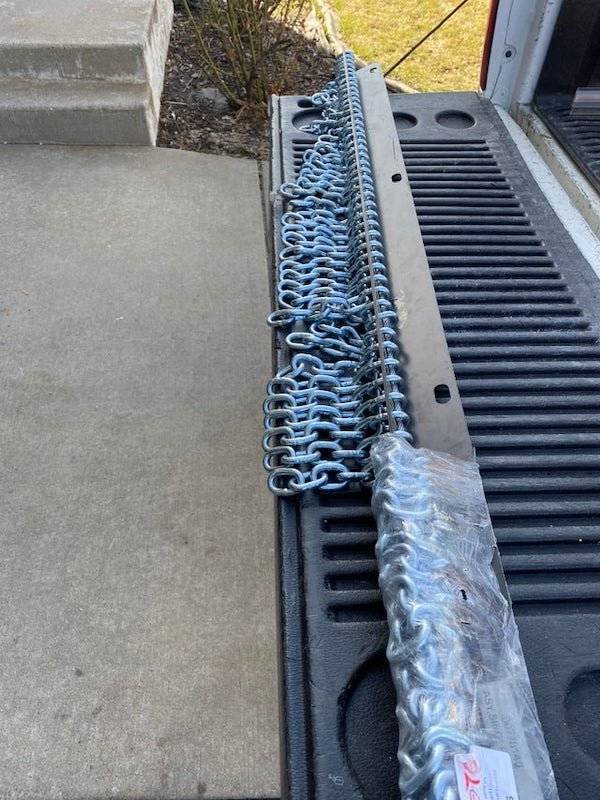 A: “Looks like a brush cutter chain guard. These hang down off a brush cutter or “bush-hog” type of attachment to stop bricks stones and large tree debris flying out and causing injury. The holes in the angle iron would allow the length to be bolted to the machinery.”

“Found this while cleaning a basement, it doesn’t open or anything. Any ideas?” 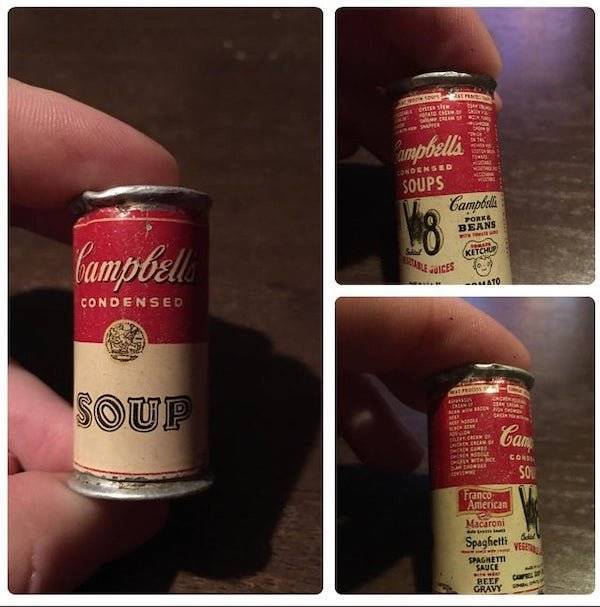 A: “My Granny Sue had a set of these in her basement that me and my siblings played with a set of these as kids. There was a whole bunch of name brand cans. I just can’t remember if the Campbell’s soup can looked just like this and was the same size or not. It was a long time ago.” 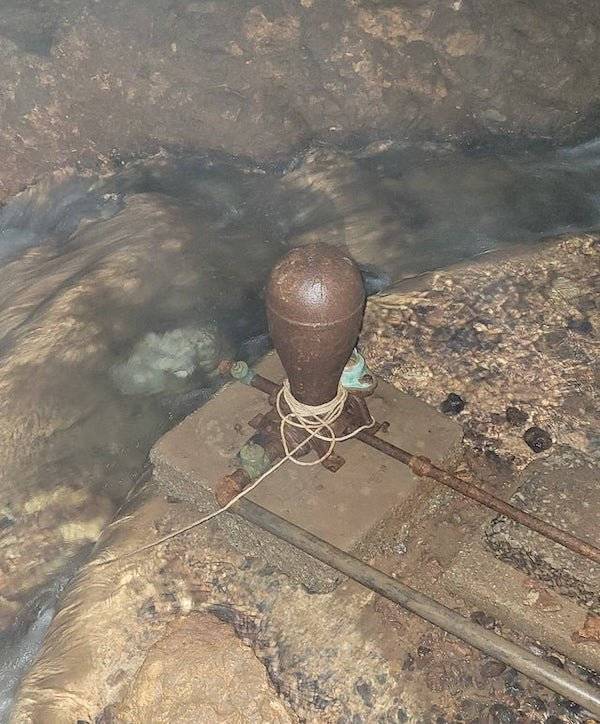 “Found in an office in NYC, dolly or pry bar?” 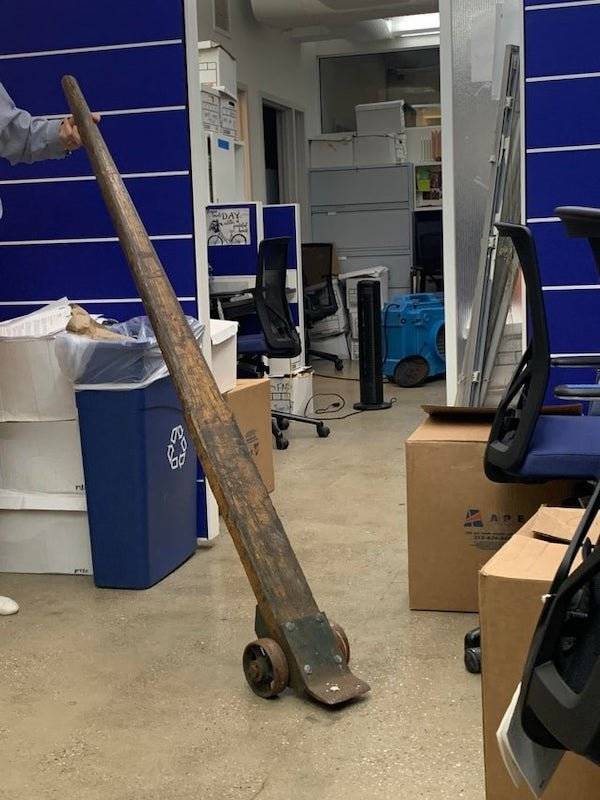 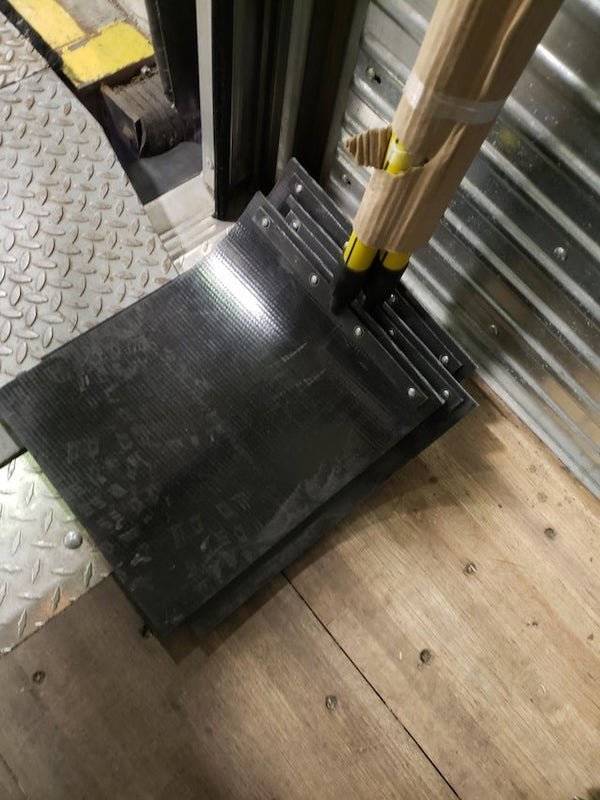 A: “I’ve used one of those for tamping out brushfire, but in hindsight, I have no clue where it came from or what it’s true design is.”

“What’s the long-lasting trail behind this boat?” 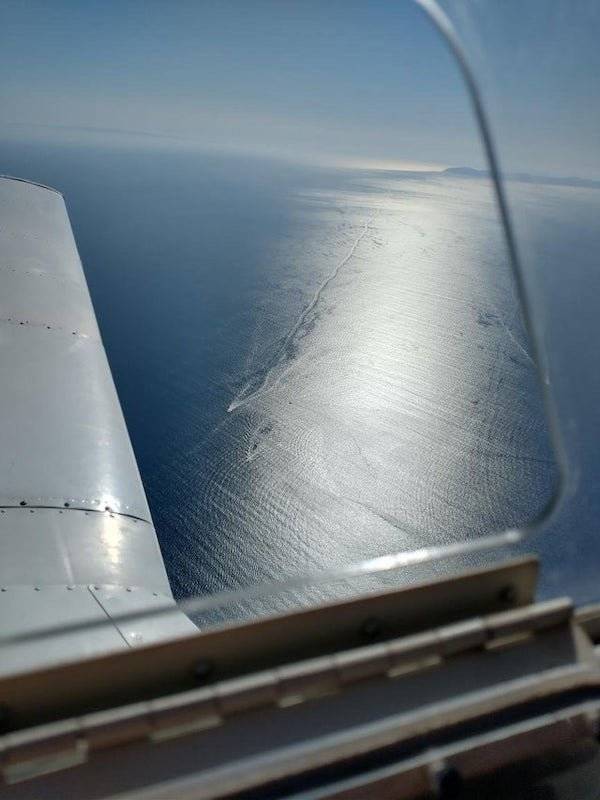 A: “The disturbed water hasn’t mixed back into surrounding water very quick and the sun is reflecting off the different surface waves amplifying the difference.”

“WITT next to the wood pile on my parents recently bought property in Prince George BC?” 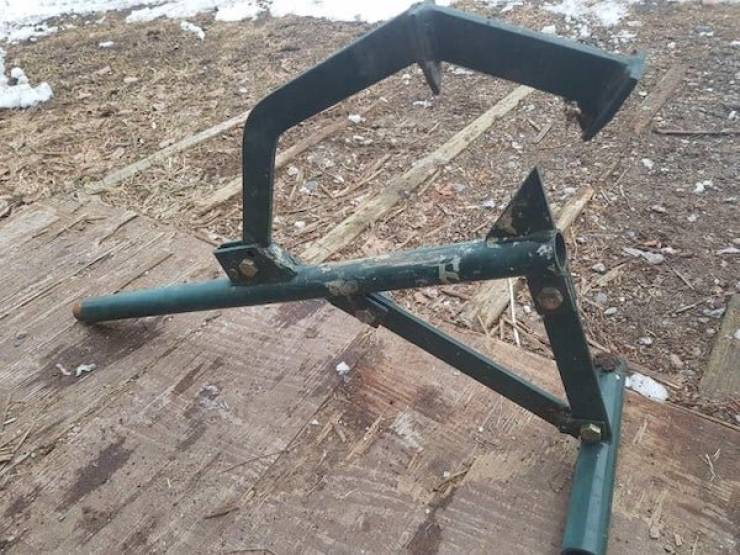 A: “Used to roll large logs for cutting”

“Supposedly found next to a deceased Japanese soldier at Okinawa, 1946. What is the wooden blade?” 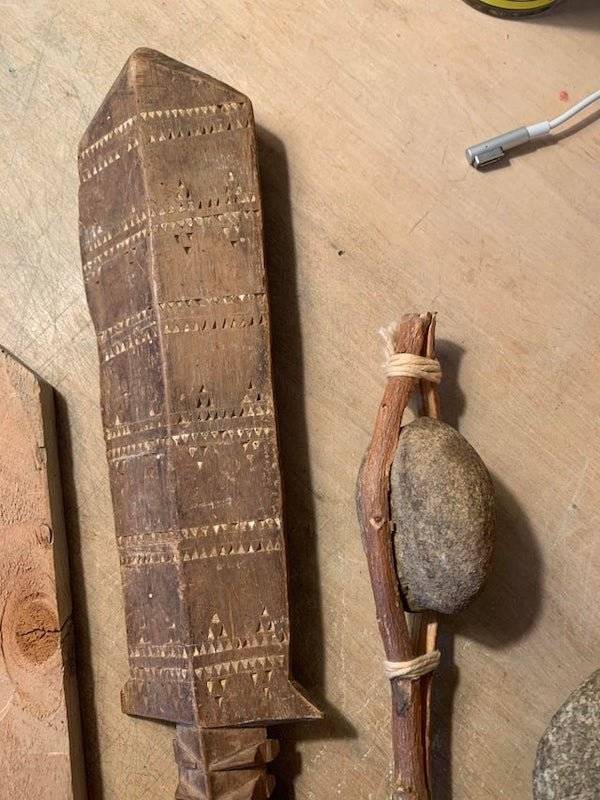 “This is about 3 in by 3 in with a little movable lever and these little fins come out of the bottom when it is engaged. What is this thing?” 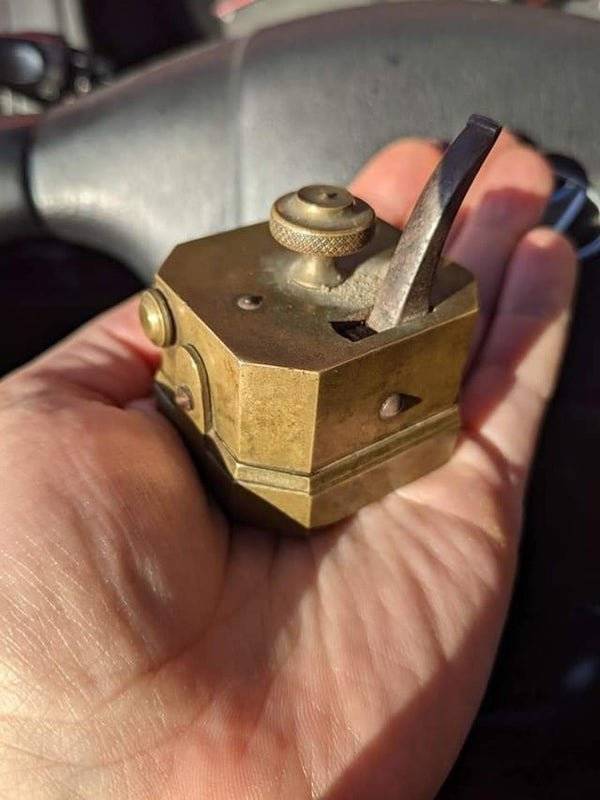 A: “It’s a bloodletting device.”

“It’s elastic, squishy, stretches quite a bit with very little effort. It is 7.75” long, .5” diameter, solid all the way through, and odorless. Help!” 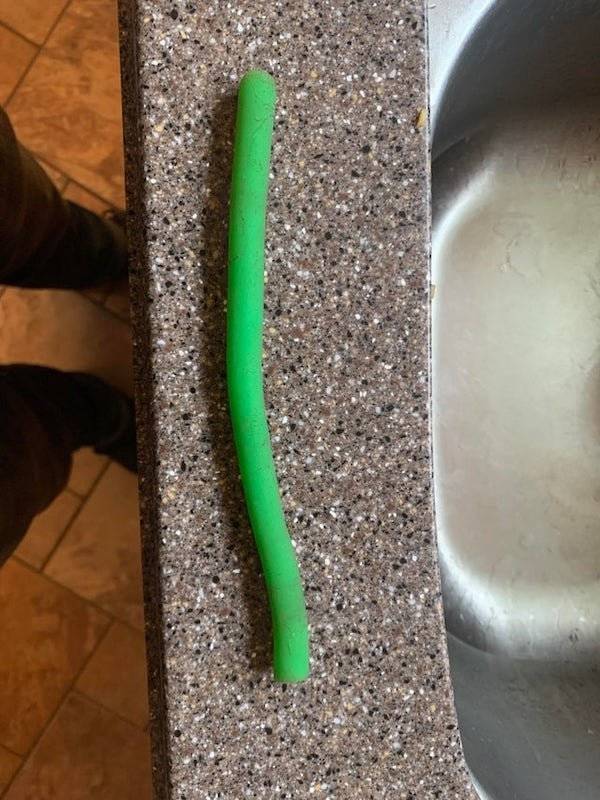 A: “It’s a monkey noodle It’s a kids toy. We got some for my son with autism on the recommendation of his teacher.”

“Discovered on the lot of a cabin just north of St. Paul, Minnesota USA. It’s about 7 feet deep.” 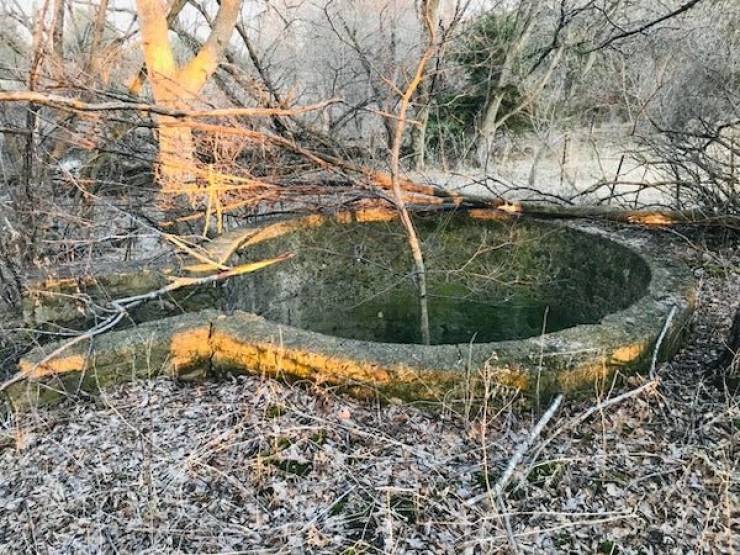 “What is the plastic circle with the pull cord? There’s one in every room.” A: “They are for passive ventilation and the cords are for adjusting how open they are.”

“Headed to the dumpster, may be from old semiconductor lab/factory.” 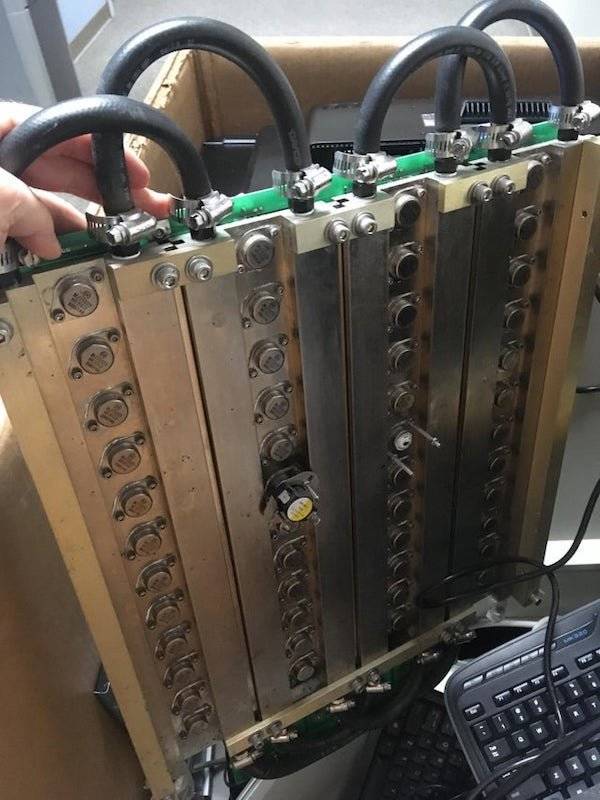 “I cut a pineapple myself and it was in the middle of a chunk when I bit it. It’s almost rubbery, gelatinous, like an orbeez but more solid. Originally the size of a nickel about 1/4” thick, crumbled apart when I squeezed it.” 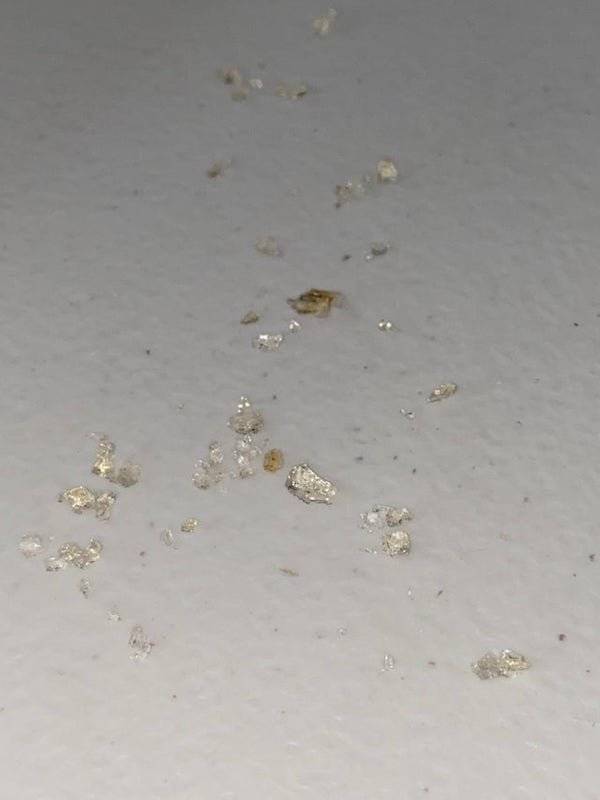 A: “I am a supervisory USDA produce grader. There is a defect called gummosis that this most likely is.”

“Found plastered over in 100 year old kitchen above sink” 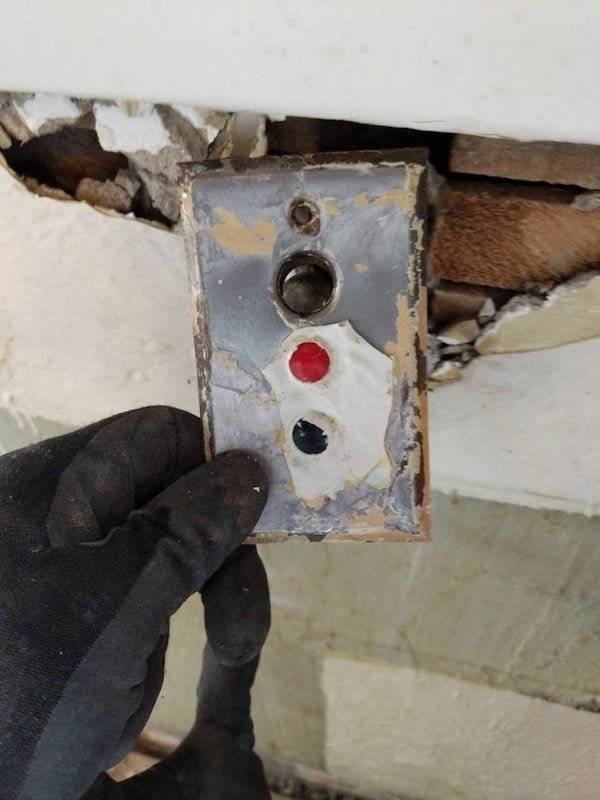 A: “Switch with indicating light. Possibly to turn on and off a furnace, outdoor light, whatever you might want to monitor it’s state.” A: “It looks like a Fisher Space pen (brass)” 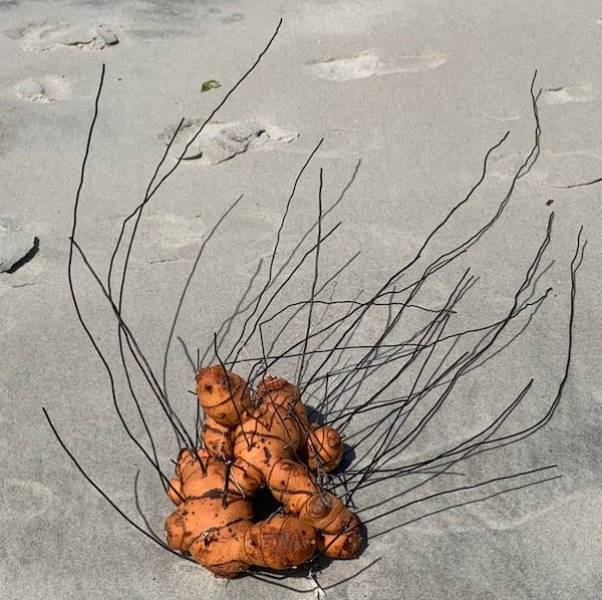 A: “Looks like it could be root stem of Smilax” 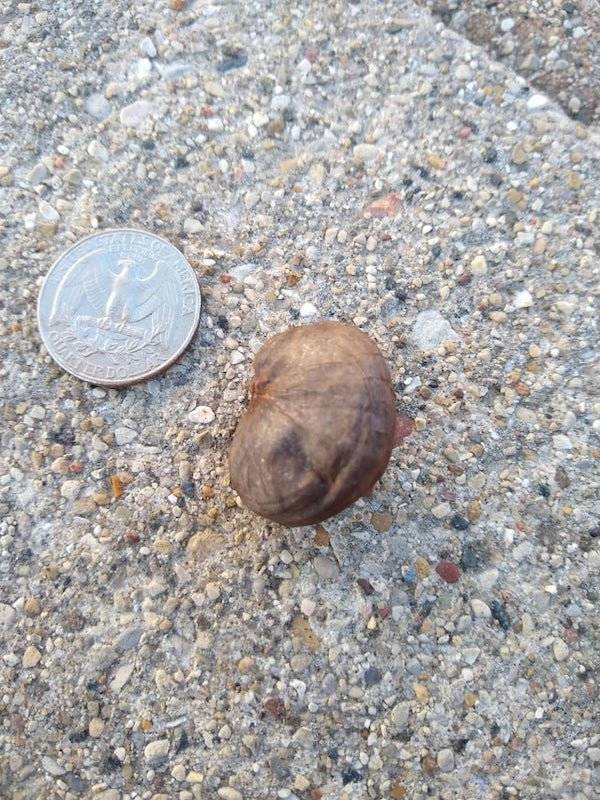 A: “They’re a type of mushroom called a puffball. When they mature and dry up they shoot their dusty brown spores when disturbed”