26 Little Movie Details Are The Most Interesting Ones

In Toy Story 4, one of Bonnie’s classmates on her first day of school is actually Boo from Monsters, Inc.

In Spider-Man: Homecoming, MJ is shown reading the book Of Human Bondage, which is about an orphaned boy who’s sent to live with his aunt and uncle. 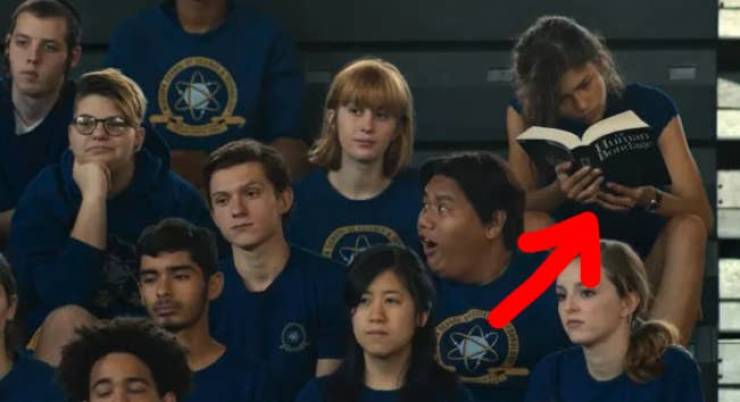 Obviously the same thing happened to Peter Parker in the Spider-Man series.

In La La Land, Mia didn’t drink alcohol, presumably because her aunt died from alcoholism (which she casually mentions in her audition song). 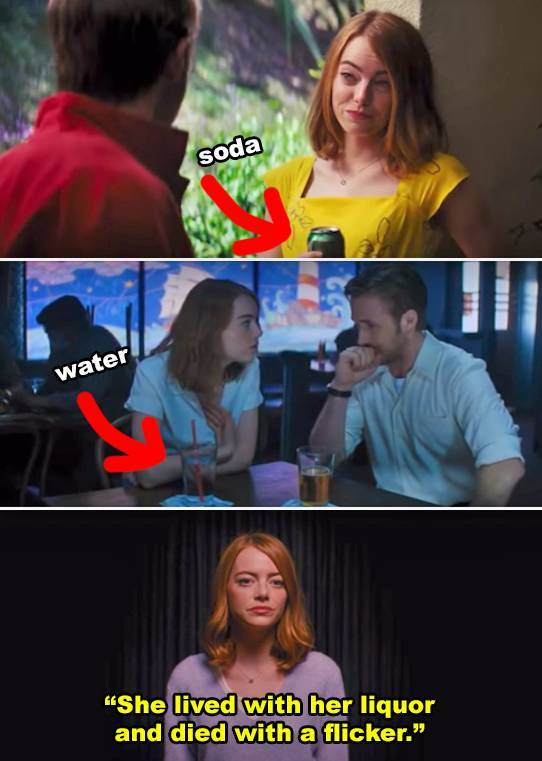 In Interstellar, there’s a ticking sound in the musical score when the characters are on the water planet. Each tick symbolizes one day that passes on Earth. 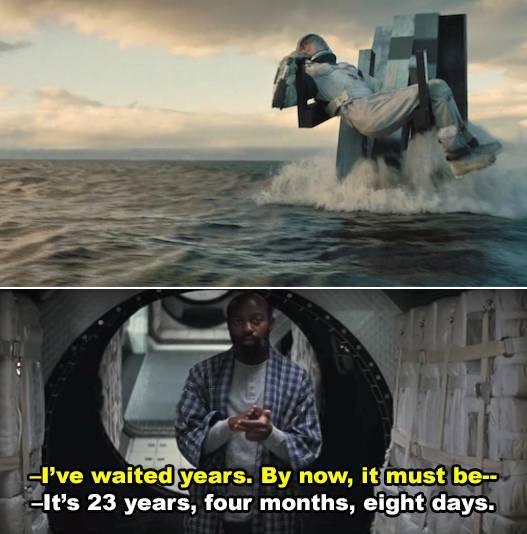 In Us, the ambulance number at the end of the movie is “1111,” which is one of the several references throughout the film to the Jeremiah 11:11 bible verse.” 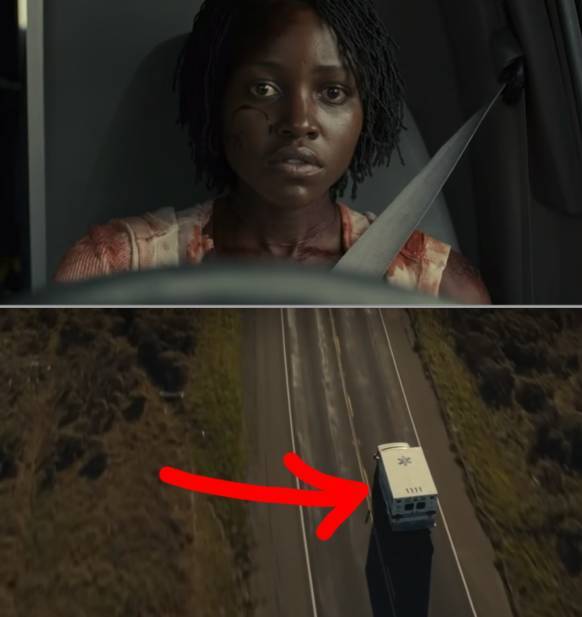 Here’s what the full verse says: “Therefore thus saith the Lord, Behold, I will bring evil upon them, which they shall not be able to escape; and though they shall cry unto me, I will not hearken unto them.”

In Coco, there’s a movie poster for the ~dead~ version of The Incredibles 2 in the Land of the Dead.

In The Social Network, the fake Facebook profile that Mark created to cheat on his final exam is under the alias “Tyler Durden,” which references Fight Club. 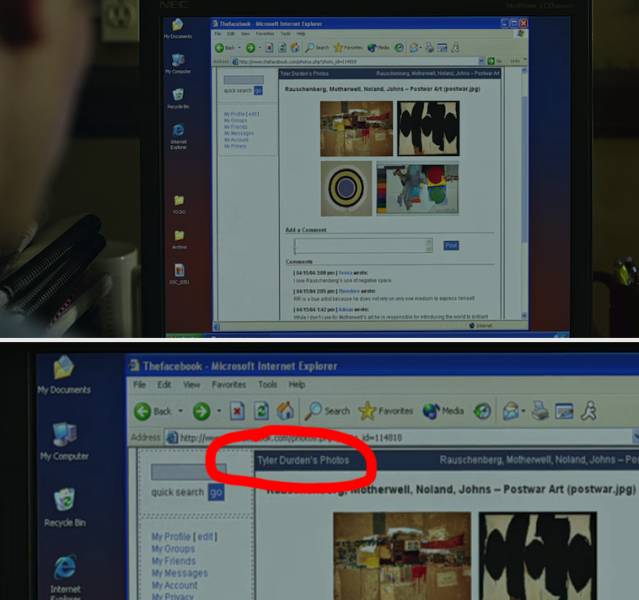 David Fincher directed both The Social Network and Fight Club.

In Baby Driver, Baby flips through the channels at one point and later repeats every single line of dialogue he just heard from the TV. In Get Out, Missy accidentally hit her spoon against her glass, causing Georgina to momentarily break her hypnosis and spill the iced tea. In Toy Story 3, the garbage man is actually a grown-up Sid, aka the terrifying little kid from the first movie. 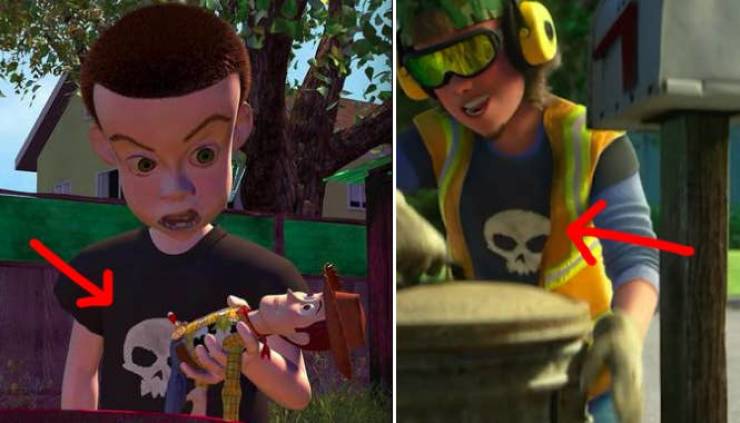 In Love, Simon, Martin makes a subtle joke to Abby that actually serves as a clue to who Blue’s true identity is. In Tangled, Rapunzel’s baby mobile had little Maximus and Pascal figurines on it.

The rubber duck for The Snuggly Duckling is on the mobile, too.

In Captain America: The Winter Soldier, Nick Fury’s tombstone quotes a passage from Ezekiel 25:17, which is also a famous speech from Samuel L. Jackson’s other role in Pulp Fiction. 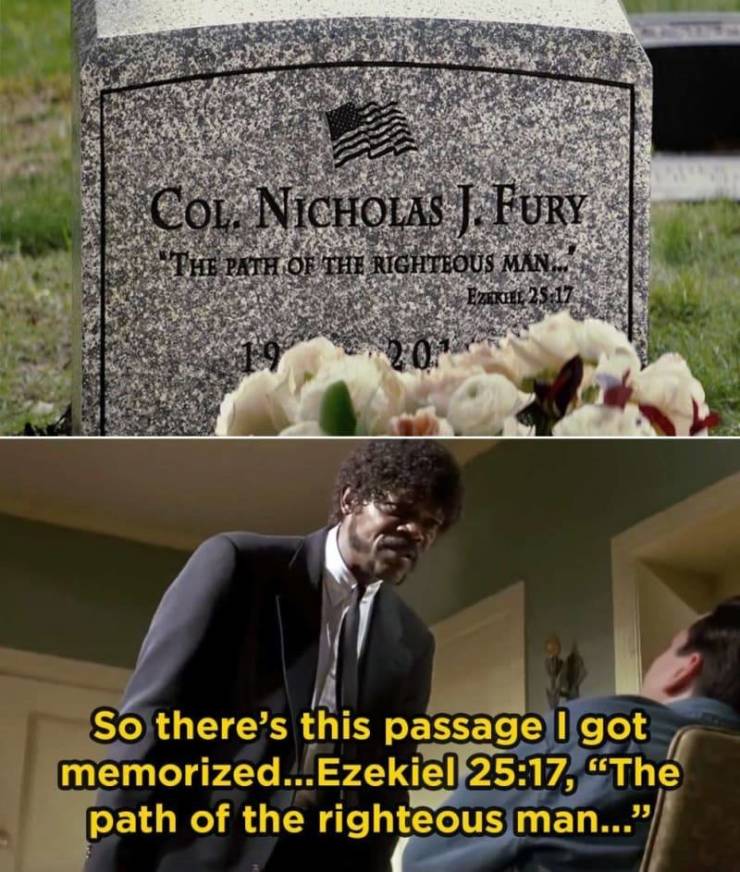 In the John Wick series, a daisy appears on screen every time John’s late wife, Helen, is referenced. 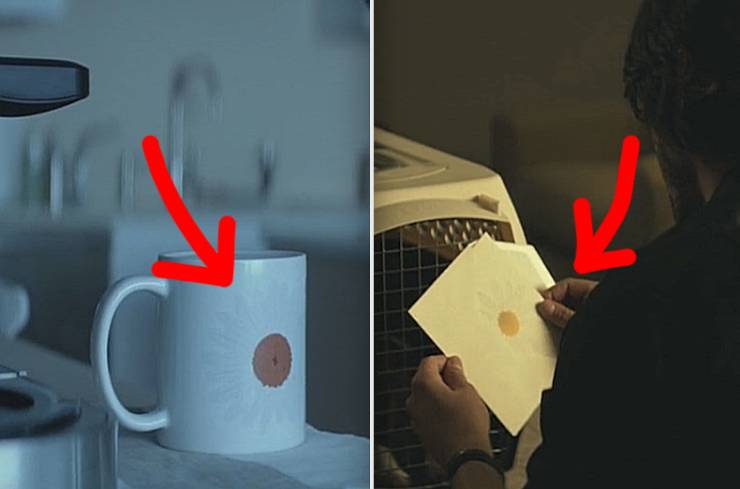 This is especially apparent with the puppy, whose name was Daisy.

In Frozen, the writers reference one of their favorite Arrested Development lines and have the characters repeat it. 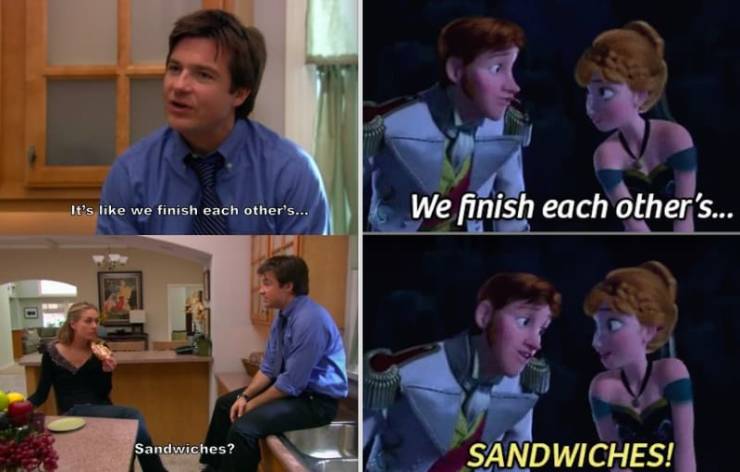 In Mad Max: Fury Road, Nux’s body paint faded away throughout the film as he regained more of his humanity. 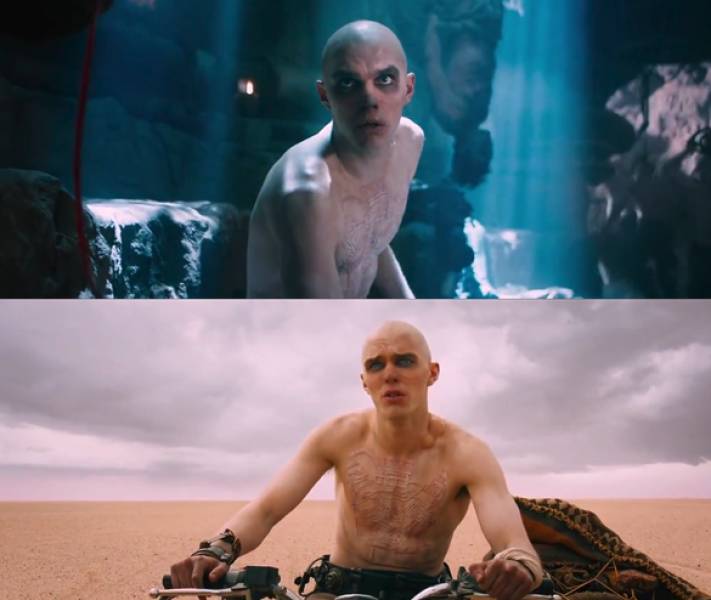 In Finding Dory, Riley from Inside Out can be see through the glass at the Marine Life Institute during a school field trip. 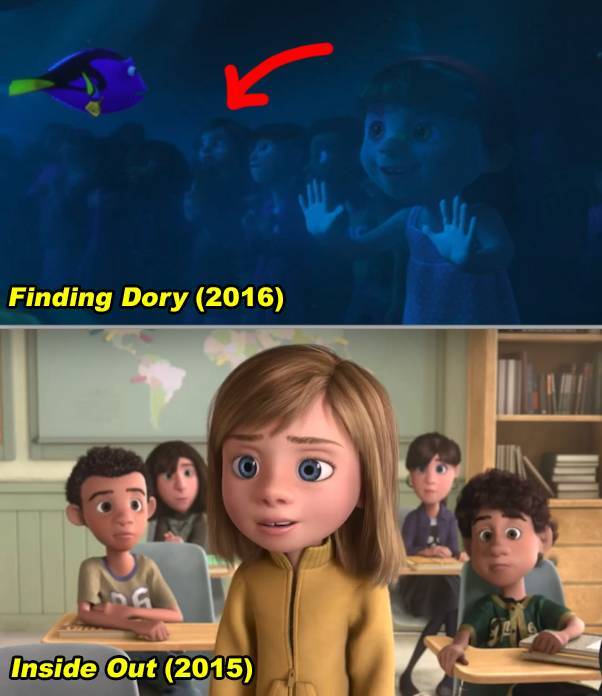 In The Lego Movie, you can often see thumbprints on some of the characters, hinting at the twist ending that they’re actually toys being controlled by real people. 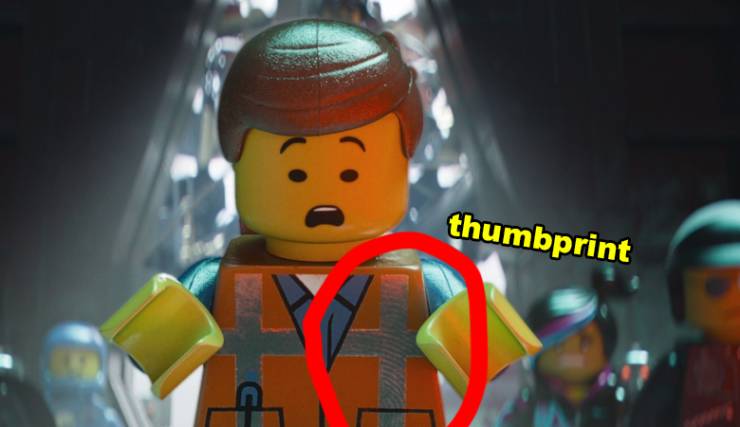 In Thor: Ragnarok, the fallen Asgardian mural has a crack over Thor’s right eye, which foreshadows his injury. 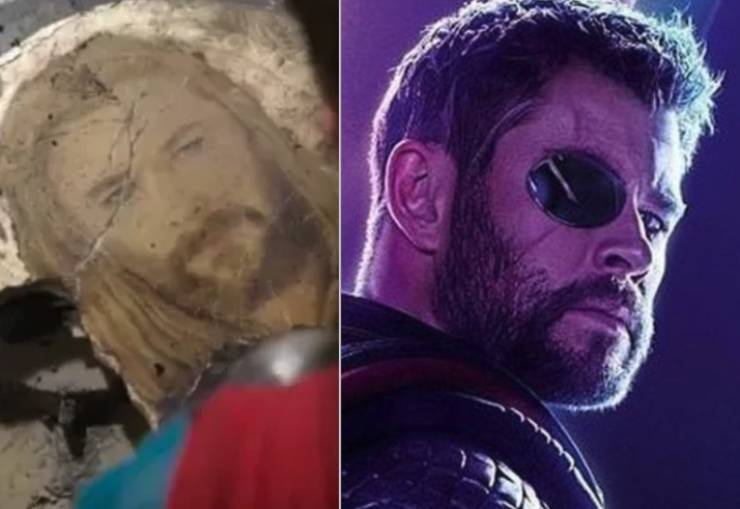 In We’re the Millers, Jennifer Aniston’s character wore the same exact outfit and hairstyle that was featured earlier in the movie in the cleaning service ad. 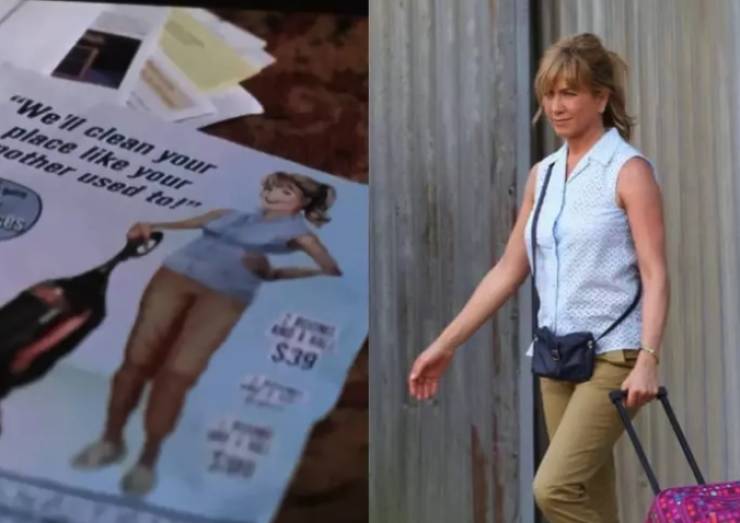 In Toy Story 3, Andy has a postcard from Carl and Ellie that’s pinned to the board in his room. In Her, Theodore stuck a pin in his shirt pocket so his AI would stay elevated and could see through the camera lens. 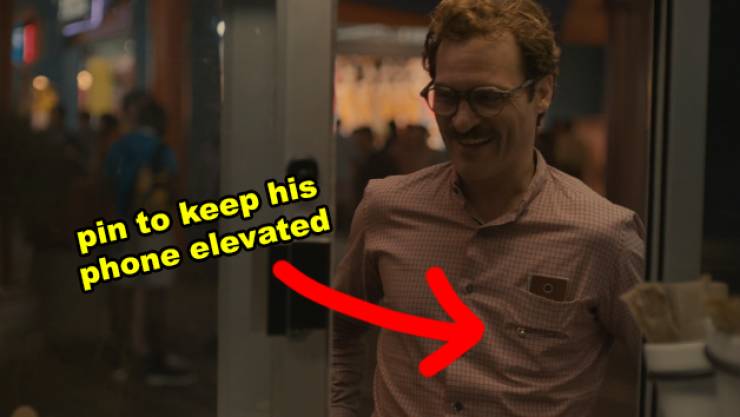 In Zootopia, you can clearly see two sibling elephants in Tundra Town who are dressed as Elsa and Anna from Frozen.

In Moonlight, Juan told Little that he should never put his back to the door because you “can’t see who creepin’ up on you.” At the end of the movie, he specifically sat facing the door. 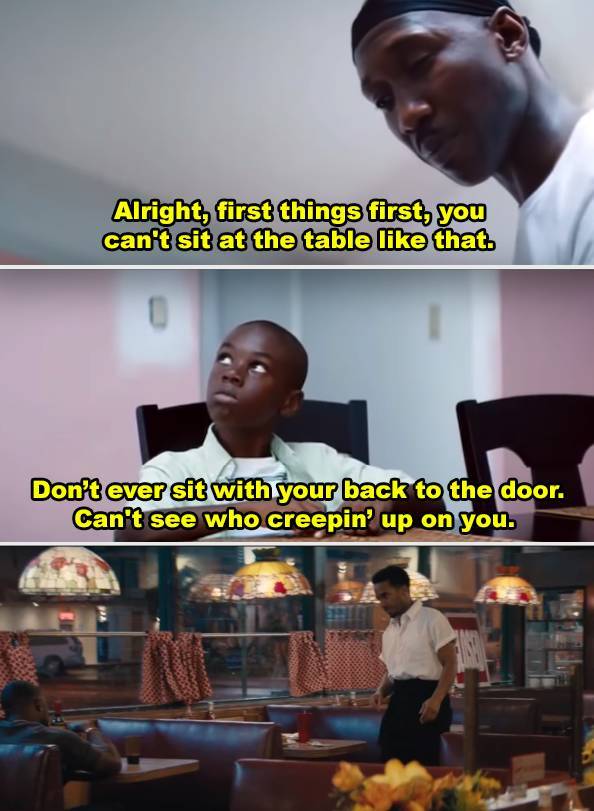 In Spider-Man: Far From Home, one of the construction signs in the background referenced each stage in the Marvel Cinematic Universe, ending with “what comes next?”

And in A Quiet Place, the pharmacy was almost completely empty, except for the bags of chips because they’d make too much noise.

The loud bags and crunchy chips would obviously draw attention to the super-hearing monsters.