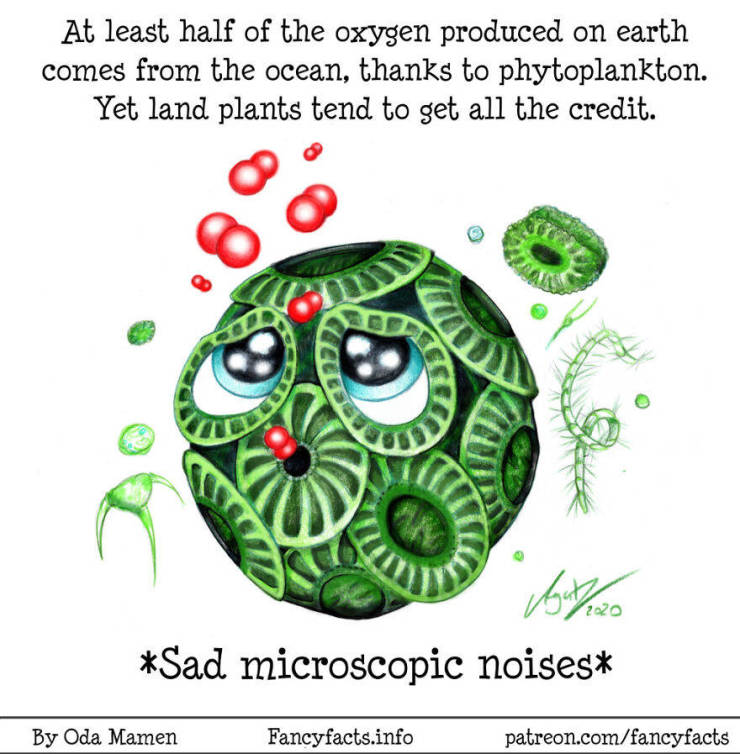 The rain forests are pretty and important and all, but let’s give some credit to these tiny creatures as well! It is actually estimated that about 70% of the oxygen in the atmosphere is produced in the oceans, thanks to the photosynthetic activity of phytoplankton. 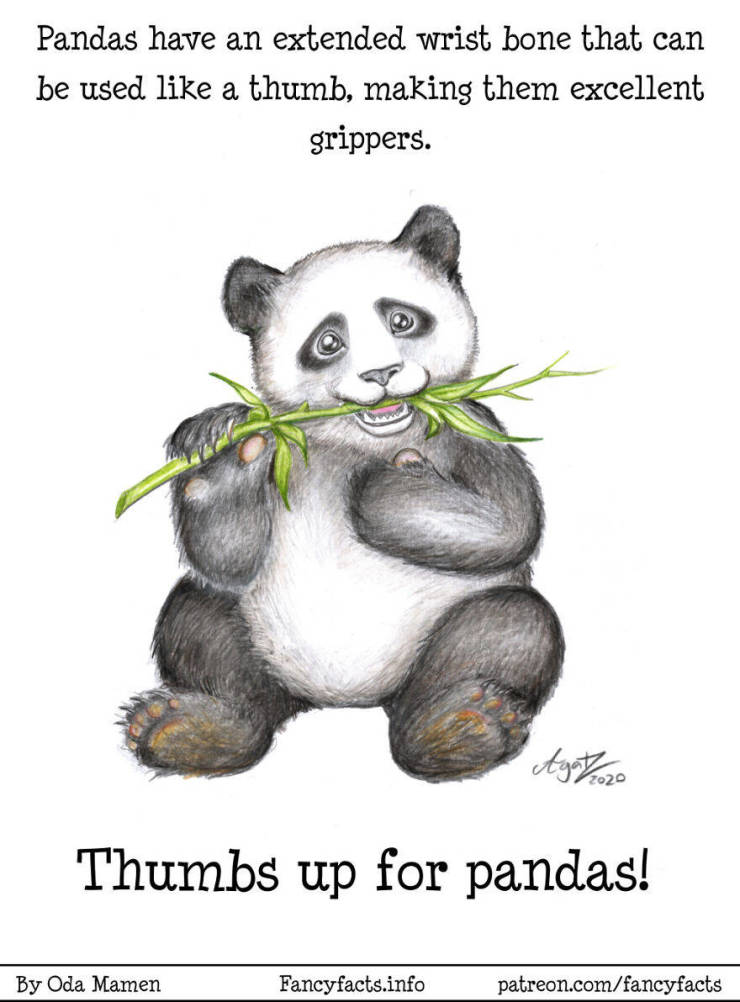 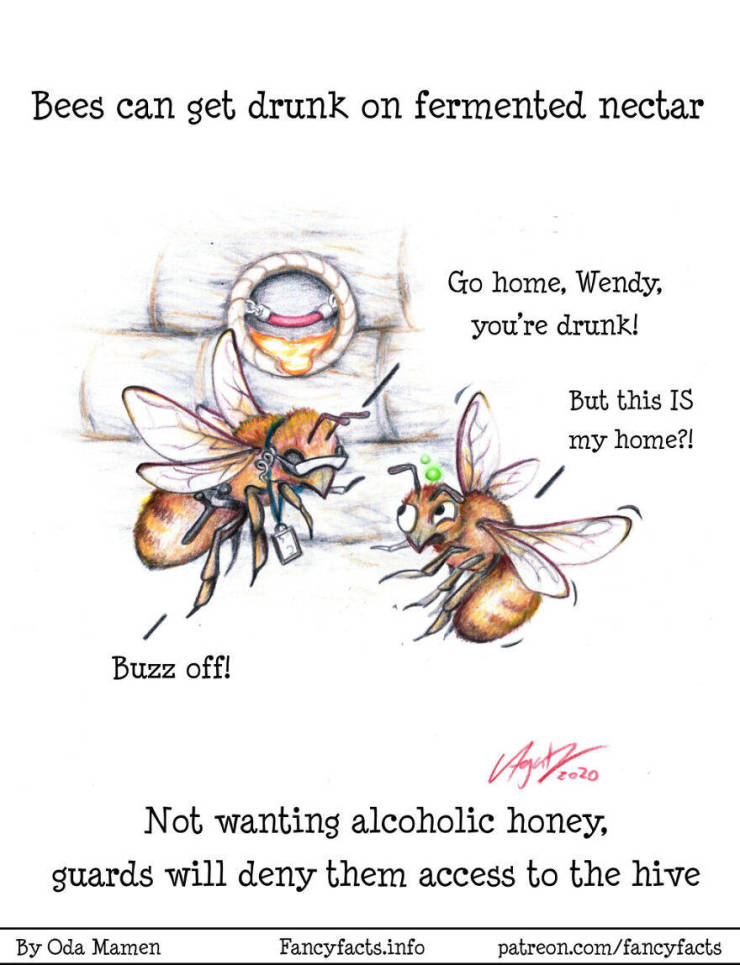 For instance, this has happened with the bee populations around the Australian Parliament. Abrahamson and colleagues have studied the effects of ethanol on bees extensively and found, among other things that honey bees “do not have an aversion to ethanol, will self-administer ethanol, and will consume alcoholic beverages found palatable to humans.” In their research setup, most bees returned to the alcoholic beverage every time, and all bees returned at least 50 % of the time. Most of their bee subjects consumed the equivalent of a human drinking 11 liters of beer each time they returned to the test site. Bees also don’t learn to avoid alcohol like many other animals do, by associating the effects of alcohol with the smell and/or taste of the food/drink containing the alcohol. 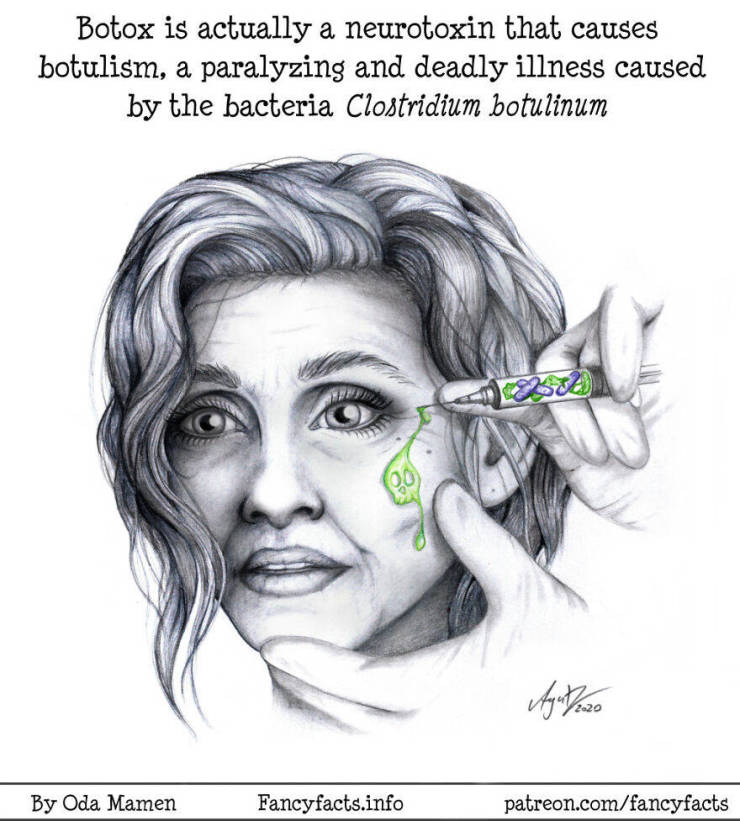 It is very interesting that one of the deadliest poisons in the world, where one single gram of it can kill a million people, is used for cosmetics. 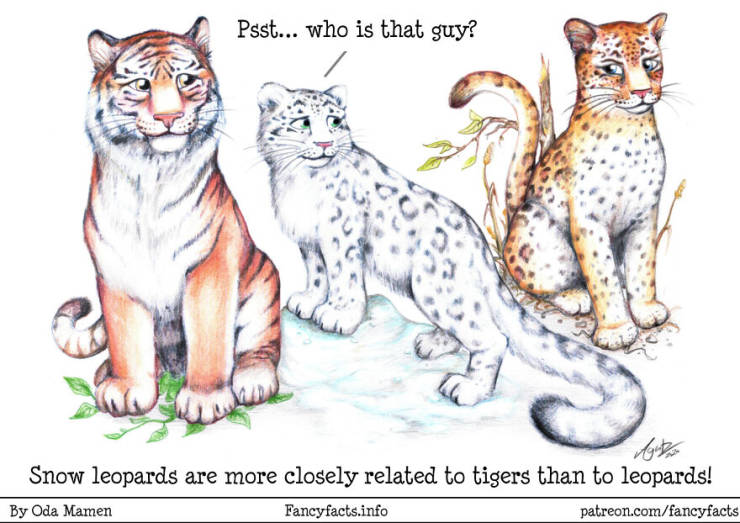 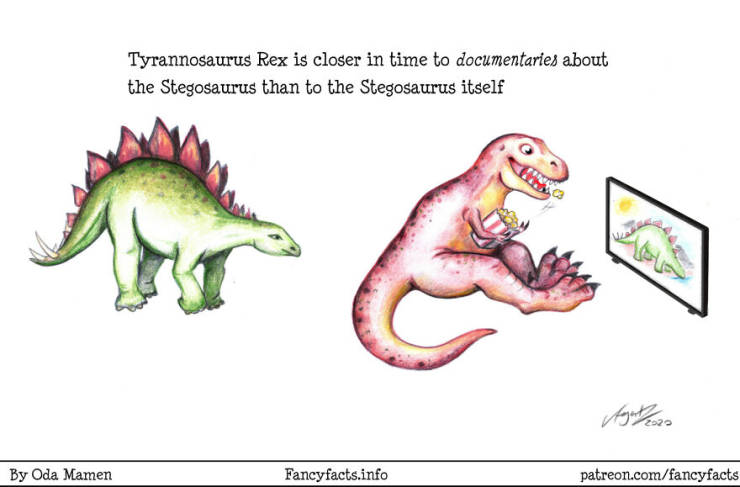 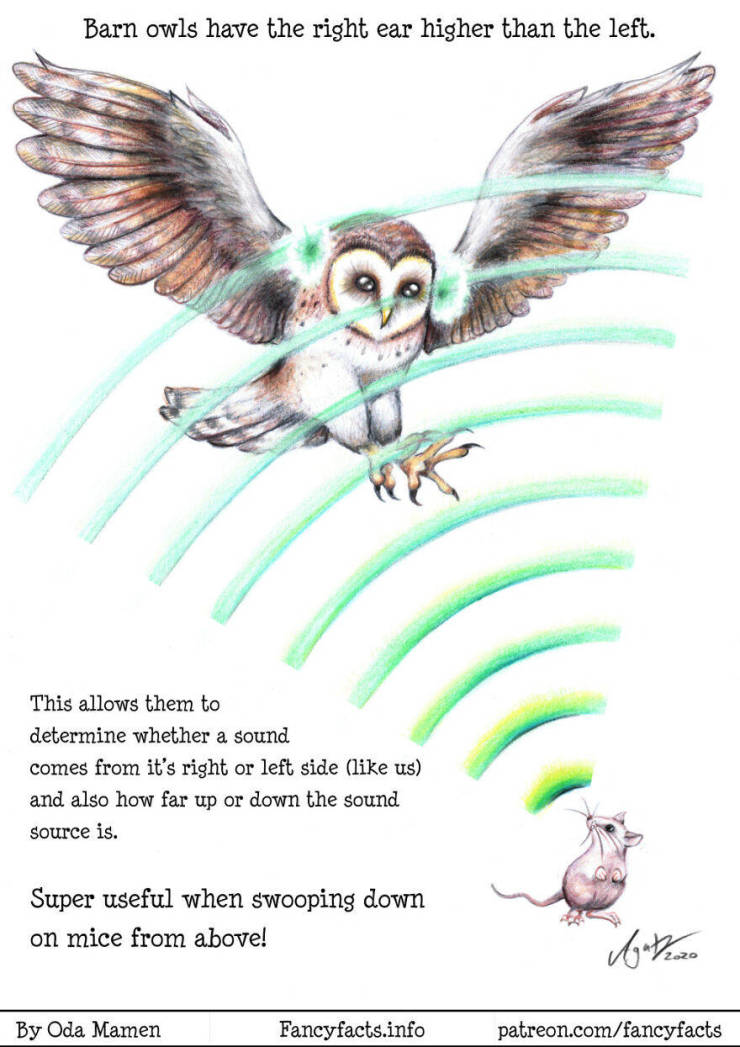 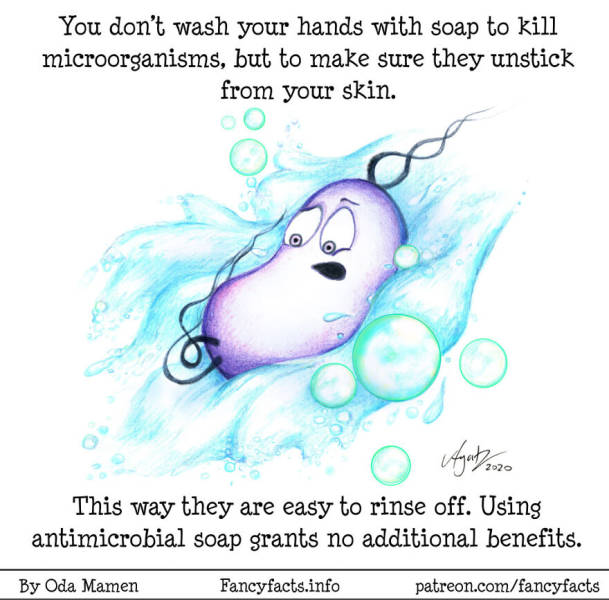 I took part in an exercise like this myself at my university, where the antibacterial soap actually removed fewer bacteria than any other soap tested. Even less than the normal soap of the same brand as the antibacterial one. The point is to wash off microorganisms, not to kill them, so antimicrobial activity is really not necessary. So in the best-case scenario, you probably just pay more for nothing. Worst case, you help the organisms become resistant. If you really need to make sure, and you want to kill any “leftovers” on your hands (like I needed to when I worked at the pathogen lab at the university), you should wash your hands with NORMAL soap and THEN use alcohol. 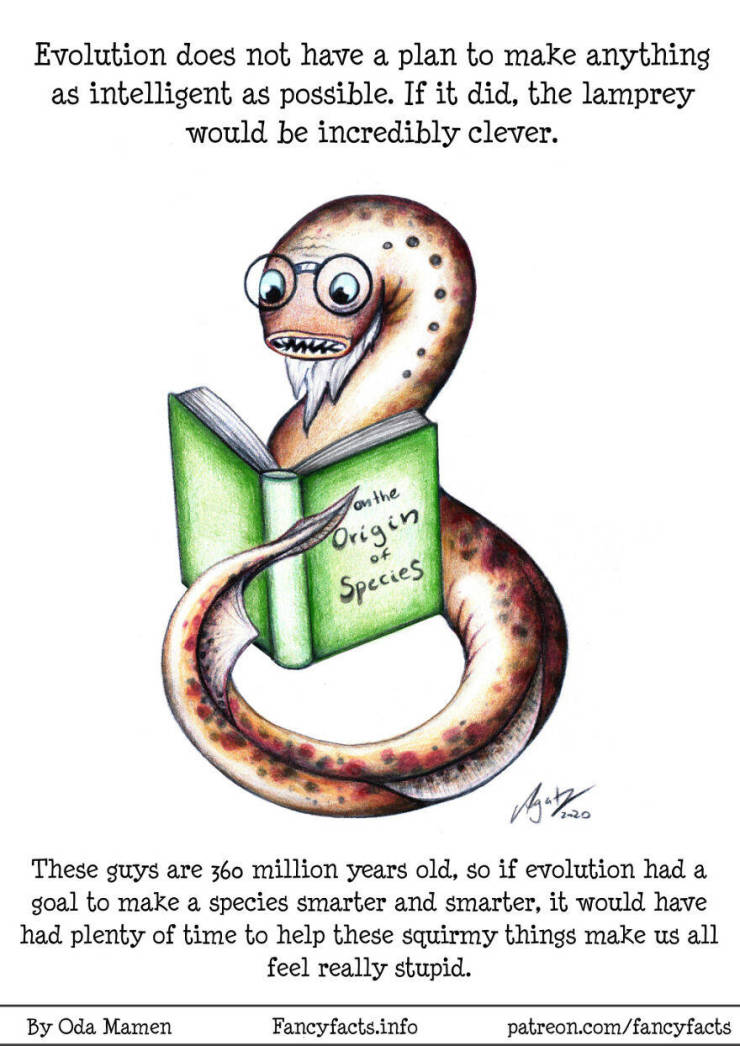 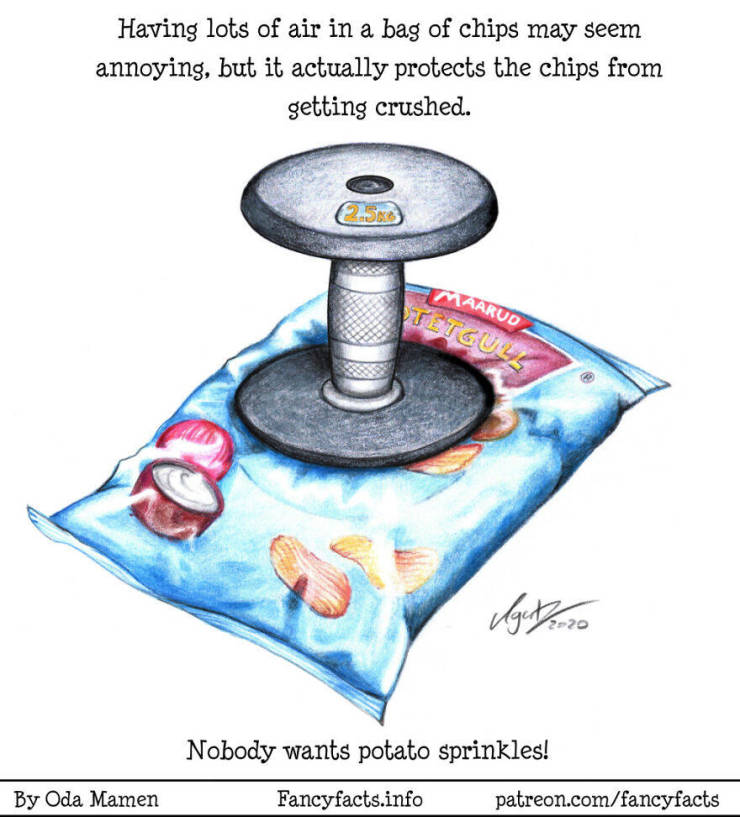 I have seen a lot of people complain about the air in chips bags, but really this is kind of a blessing in disguise. I didn’t bother to dig up any scientific research to prove this since I could just show you. I found a free weight and dumped it on a bag of chips I had lying around. Works perfectly, and I enjoyed a whole bag of un-crushed chips afterward. Yum! 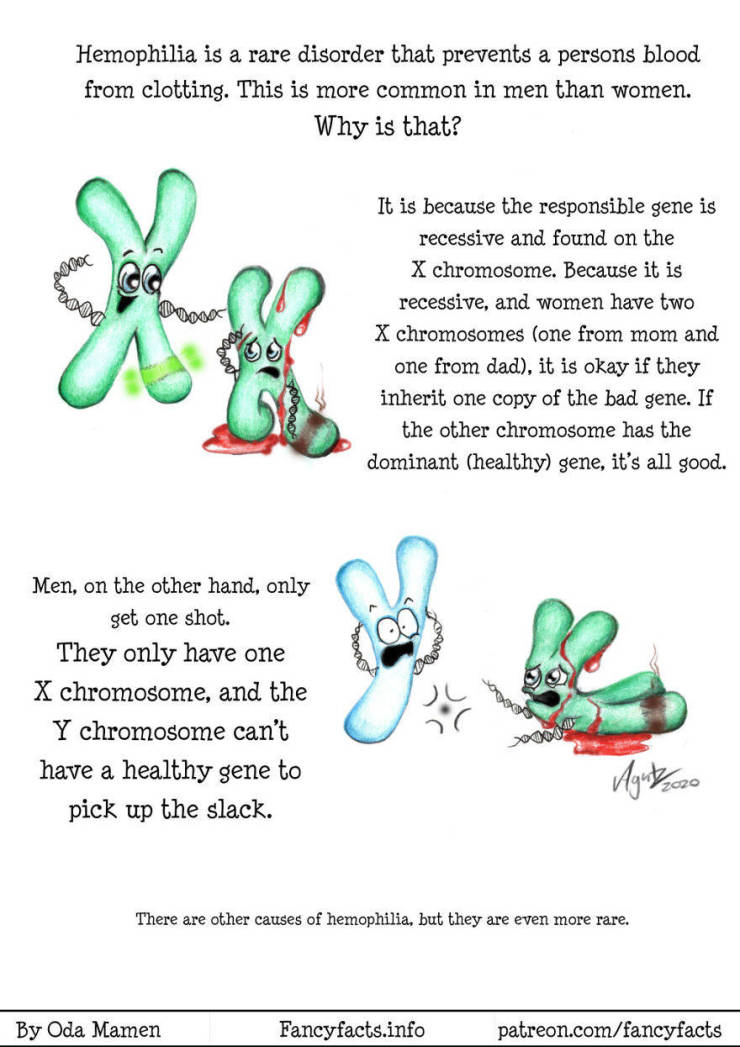 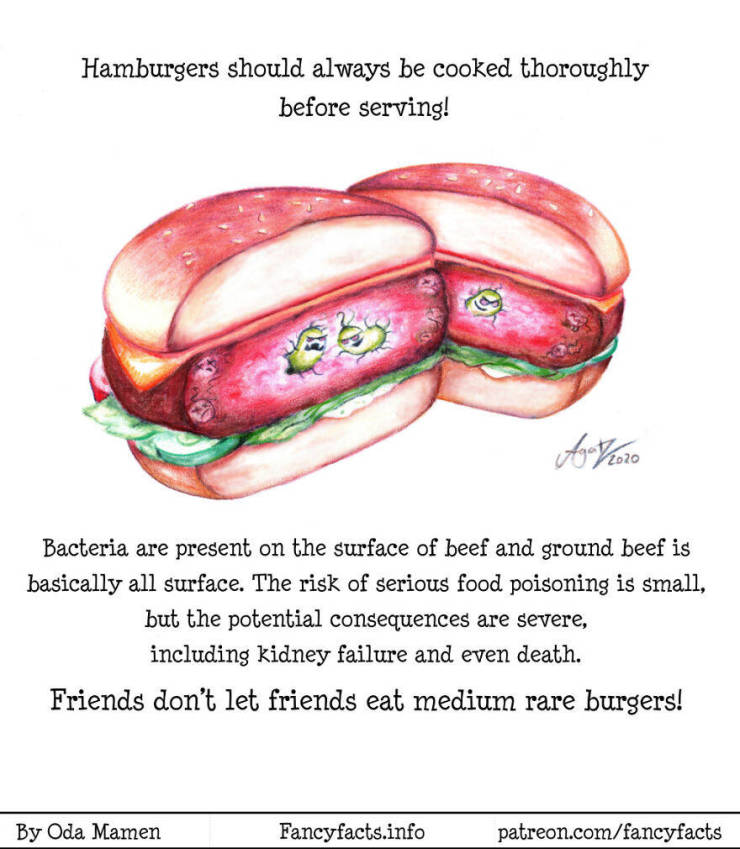 The US Food Safety and Inspection Service recommends cooking burgers to an internal temperature of at least 71.1 °C (160 °F). 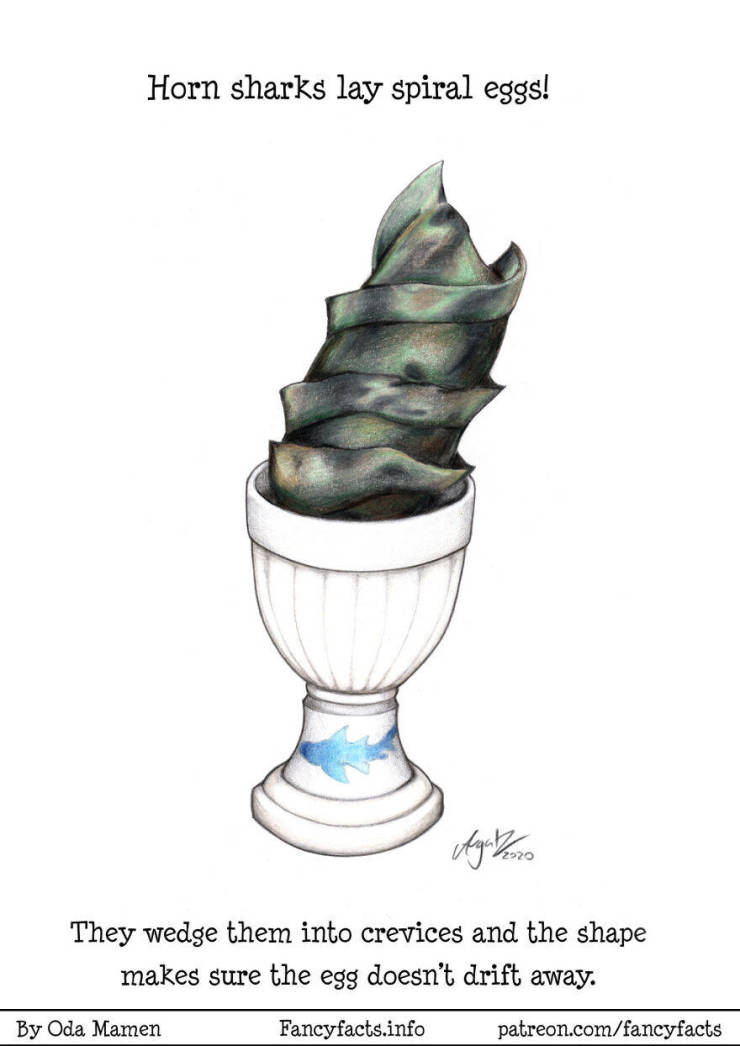 Each egg case contains one pup, which takes between six and nine months to hatch. Other egg-laying shark species have different egg shapes. 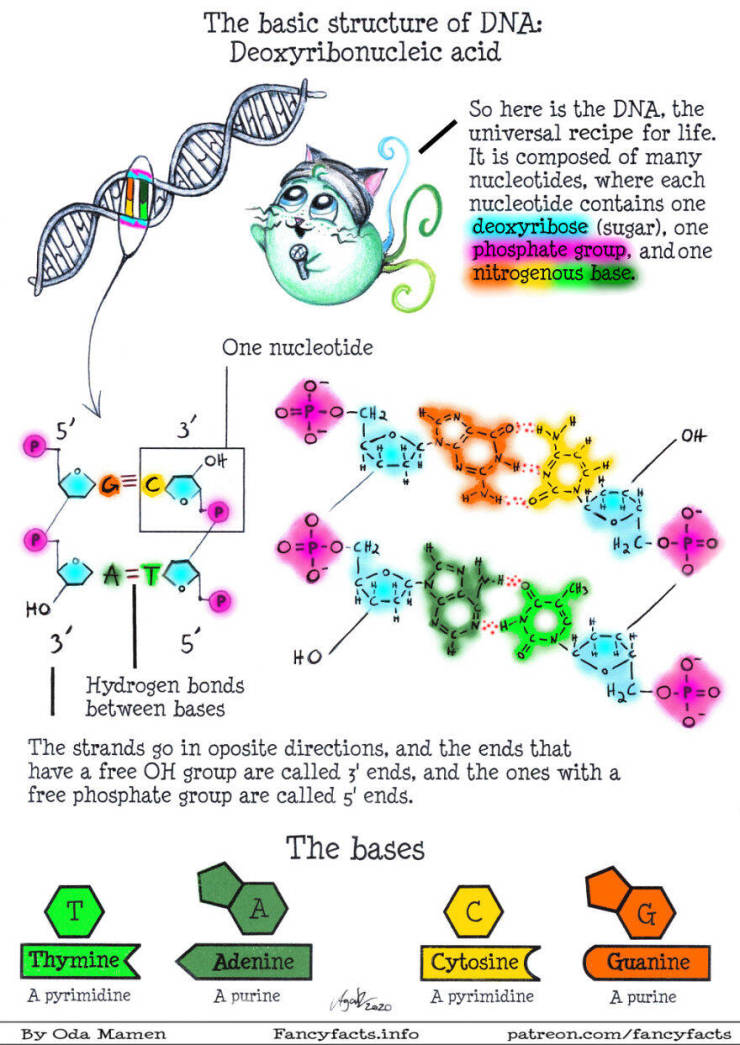 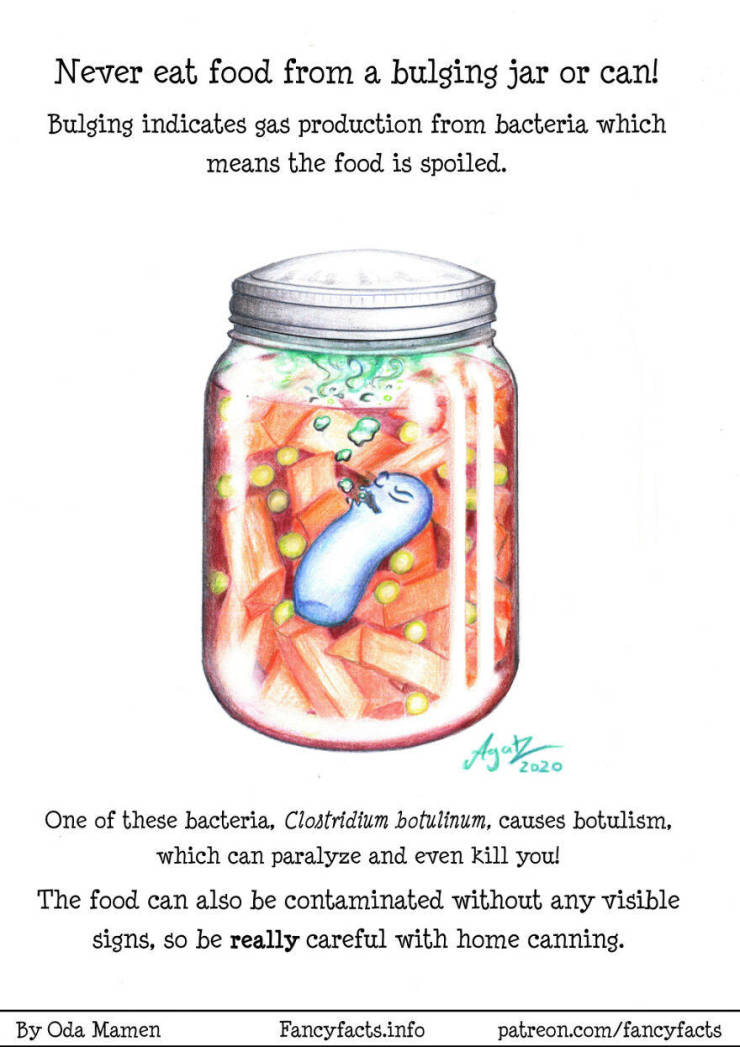 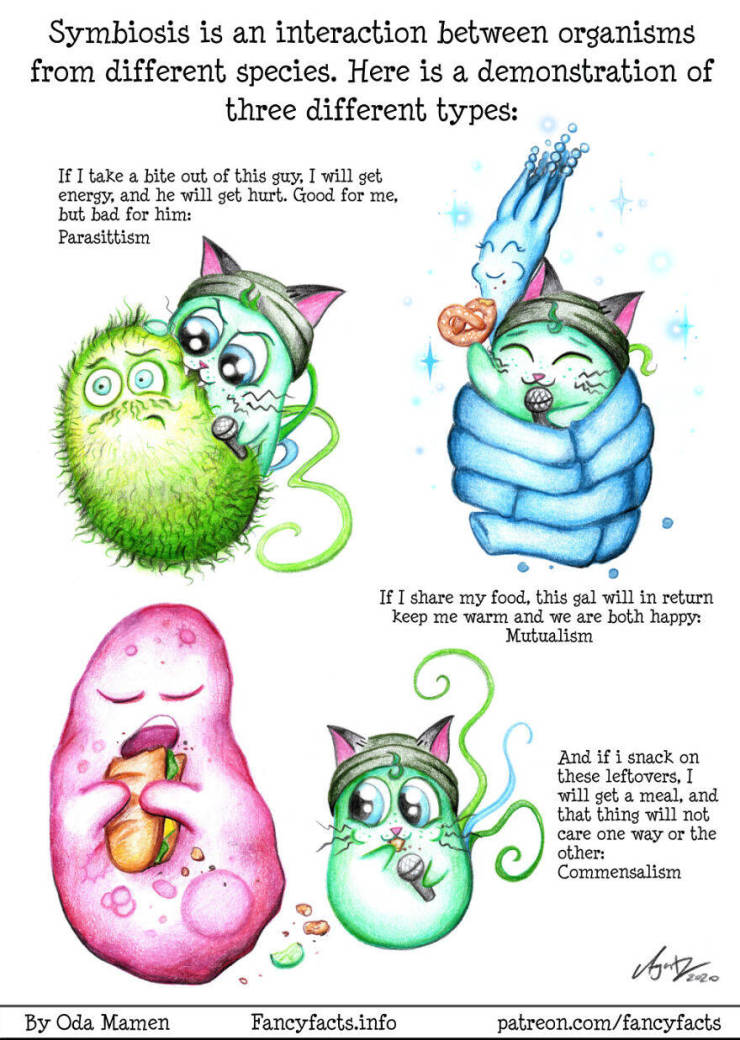 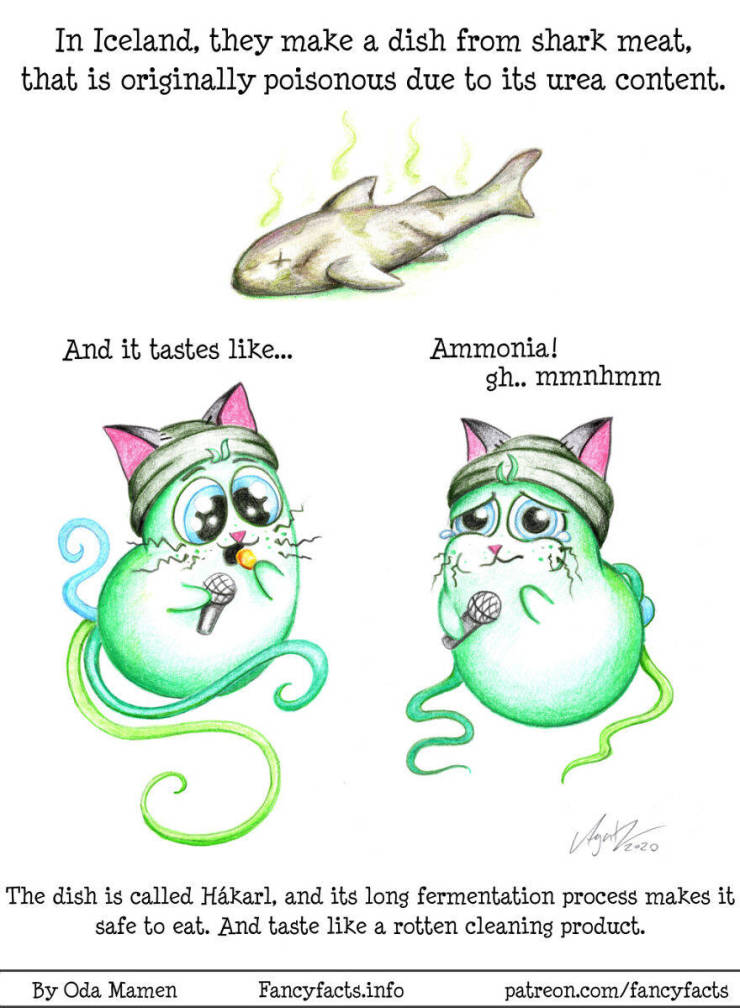 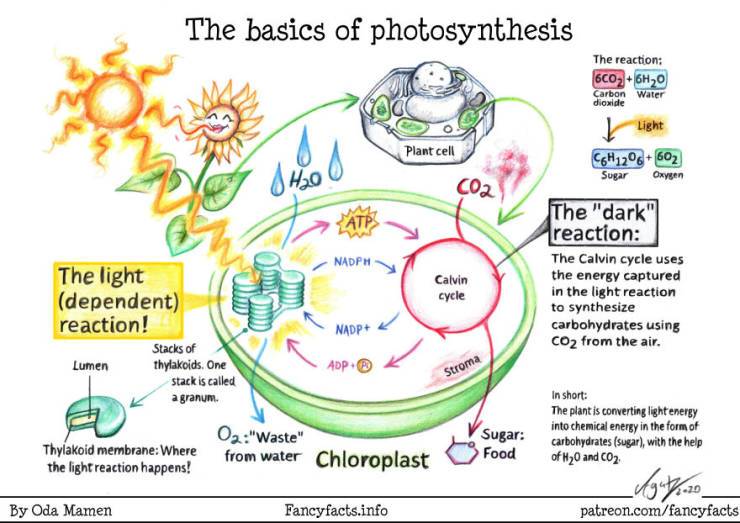 Photosynthesis is a topic in most introductory science classes, but it can be hard to grasp the whole process. Hopefully, this makes it a bit easier. 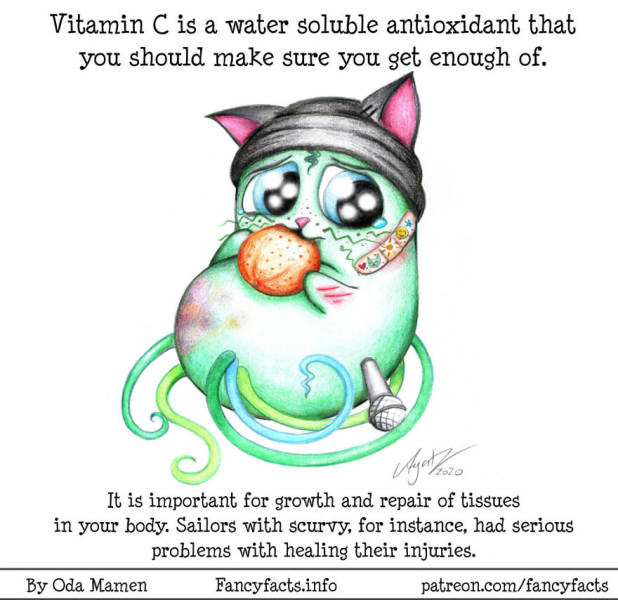 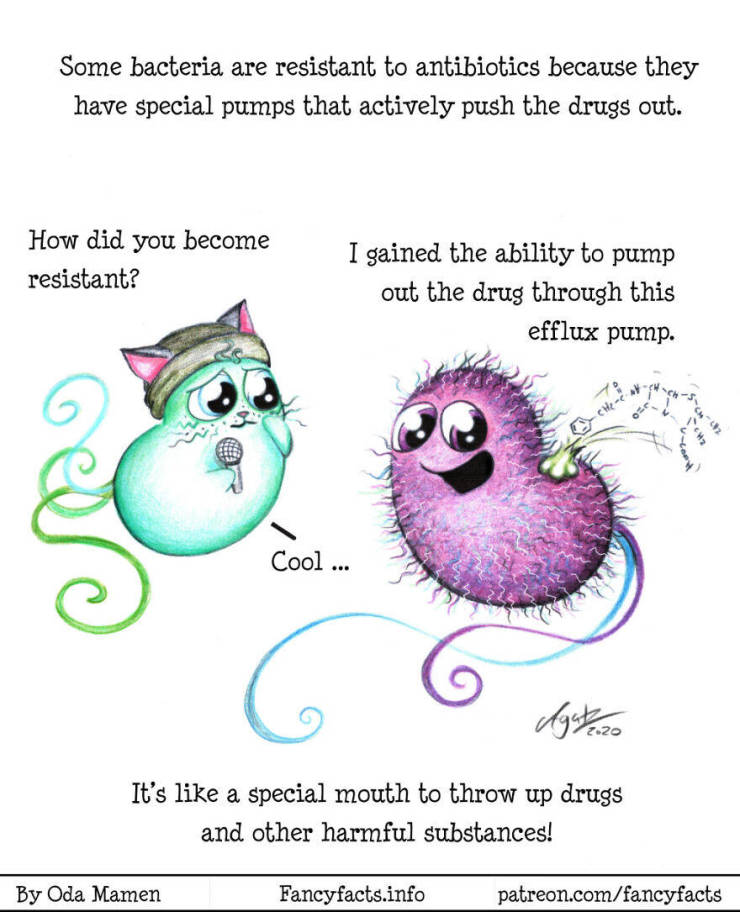 Efflux pumps are a really cool way for bacteria to get rid of harmful substances. Bacteria have used them for a long time, for a lot of different substances. They certainly predate prescription antibiotics by a lot. It’s also good to remember that it was nature, not us, who originally invented antibiotics. Like, if a bacteria gets all up in the face of a fungus, the fungus is going to protect itself. Many bacteria have these kinds of pumps from long ago, but our over-use of antibiotics just makes them more effective against modern drugs and more widespread. 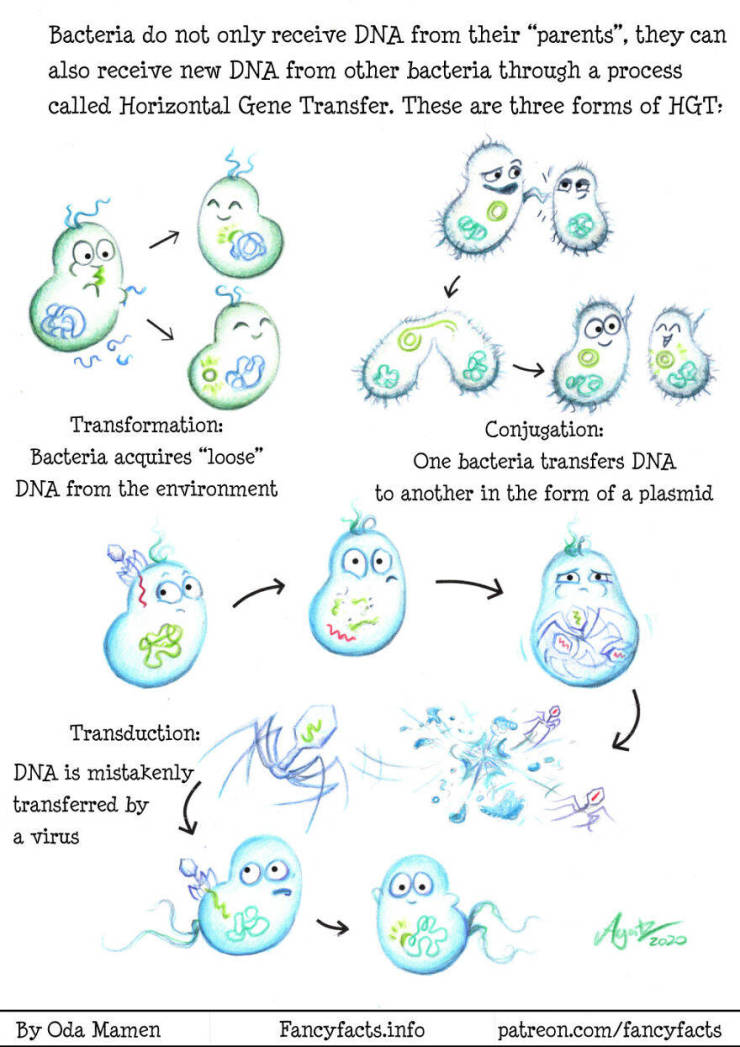 Transformation is the process whereby bacteria can “ingest” DNA from the environment and incorporate it into its own genome. It is incorporated either into the “main” DNA or as a plasmid, which is a separate form of “bonus-DNA” that bacteria have. Either way, the DNA they pick up can contain new genes with new functions that the bacteria can make use of, for instance, antibiotic resistance.

The loose DNA comes from dead, broken down bacteria, sort of like how you may find an old cookbook in a dead relative’s house and learn a new recipe. That’s dark, let’s move on.

Conjugation happens when a bacteria hooks on to another bacteria with something called a “sex pilus”. Yeah, really! This forms a bridge between the two, over which a copy of the first bacterias plasmid is transferred to the second bacteria.

Transduction is actually just an accident. One way a bacteriophage (a virus that attacks bacteria) replicates is to insert its DNA into a bacteria, break apart the bacterias DNA and “trick” the bacterias systems to make more copies of the virus. It then explodes the bacteria from the inside, spilling new viruses everywhere! But sometimes one of these new viruses gets a piece of the original bacterias DNA, instead of the virus-DNA it was supposed to get. It will still act like a virus and infect new bacteria, as bacteriophages do, but when it does it will inject bacterial DNA instead of virus-DNA. The infected bacteria will get some random DNA from the first host bacteria (the one that exploded), but there is no guarantee that the DNA provides any new, cool genes.

It’s like someone forces a random, torn-out page of a cookbook on you: you might get the best recipe for chocolate cake in the world, or you might get the last half of the useless copyright-page. At least you won’t explode. 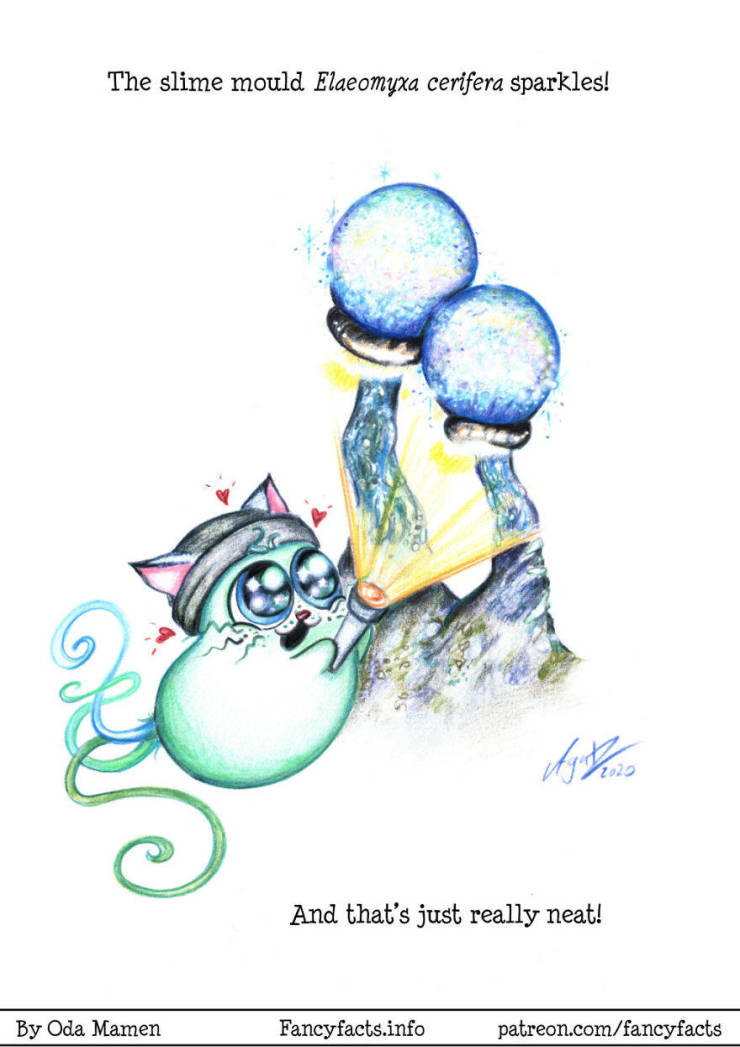 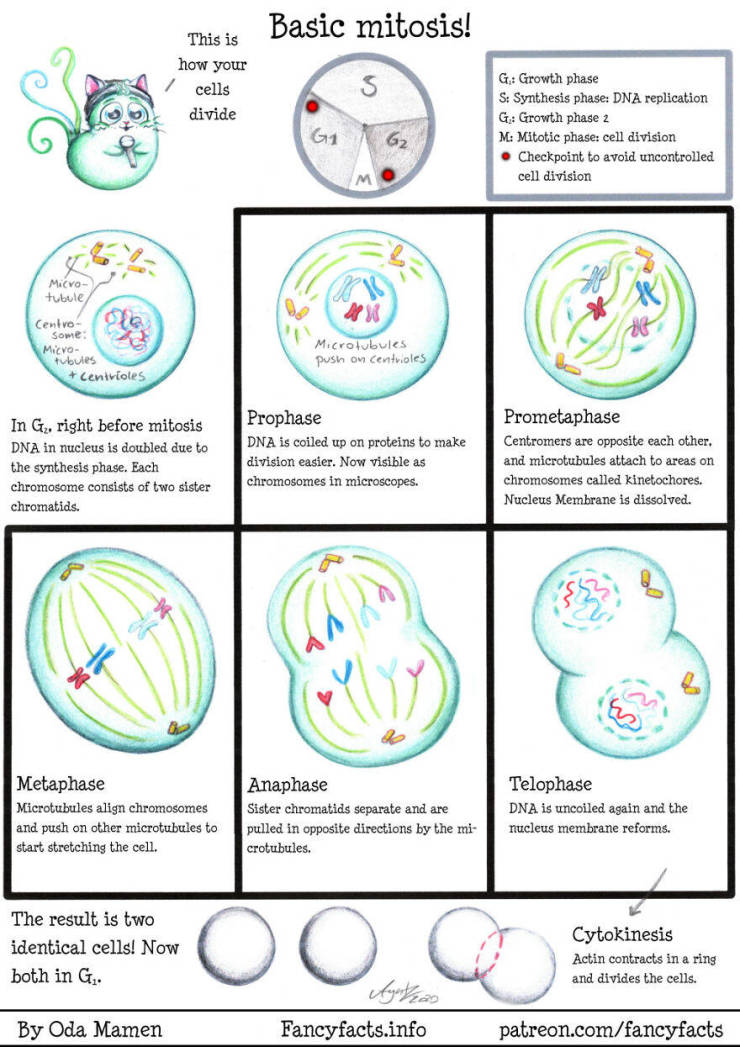 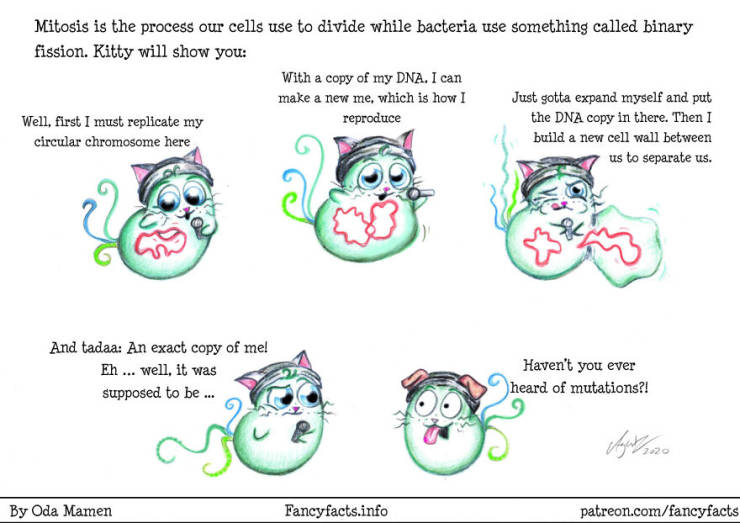 “Our cells” are eukaryotic cells, the same type found in other animals, plants, and mushrooms. The other type of cells is prokaryotic cells, which bacteria and archaea have. Procaryotic cells reproduce in the manner shown here. 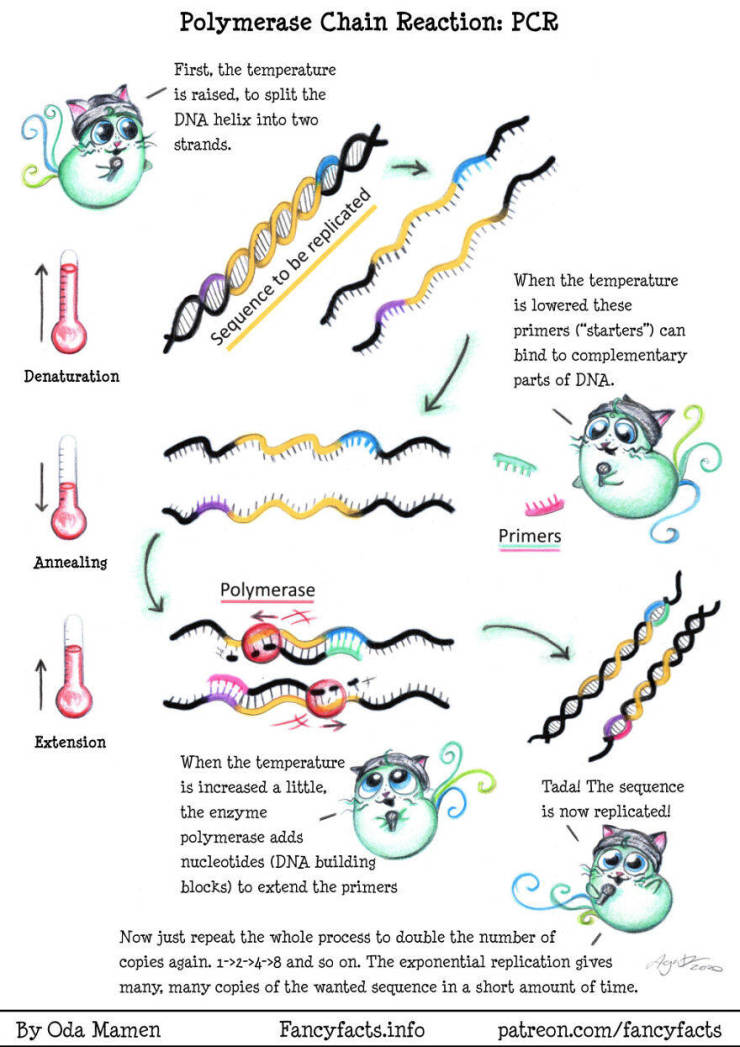 Polymerase Chain Reaction (PCR) is a topic in most introductory science classes, but it can be hard to grasp the whole process. Hopefully, this makes it a bit easier. The initial description of the PCR process was discovered by the Norwegian scientist Kjell Kleppe and his colleagues and described in a paper published in 1971. Not many articles bother to mention this, but I feel it’s my duty as a good Norwegian. The heat resistant enzymes that became a key component in industrializing PCR were discovered in 1960 in Yellowstone and are also widely used in corona-virus tests. 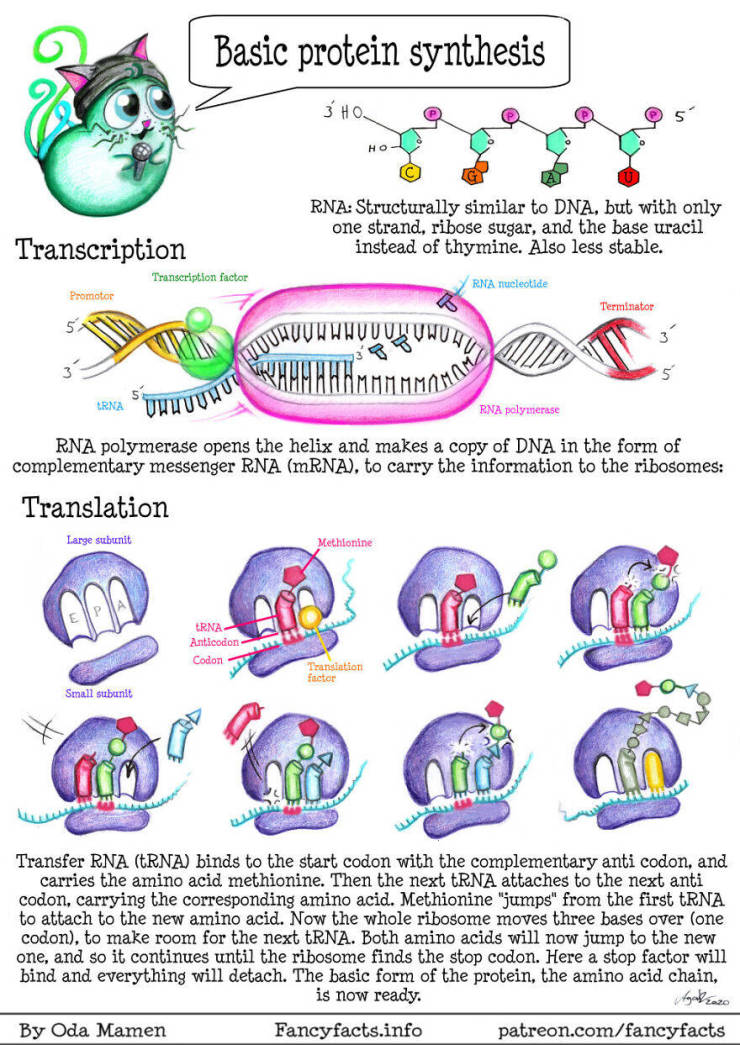