28 Cool Tips That Could Save Your Life 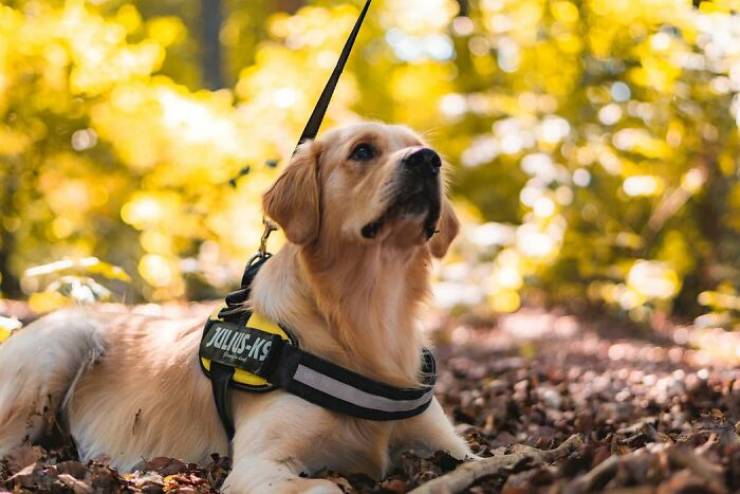 “If a service dog comes up to you without its human, FOLLOW IT.” 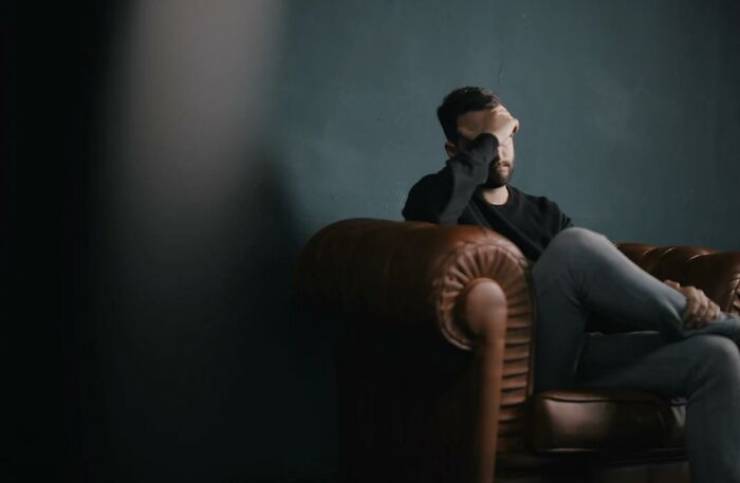 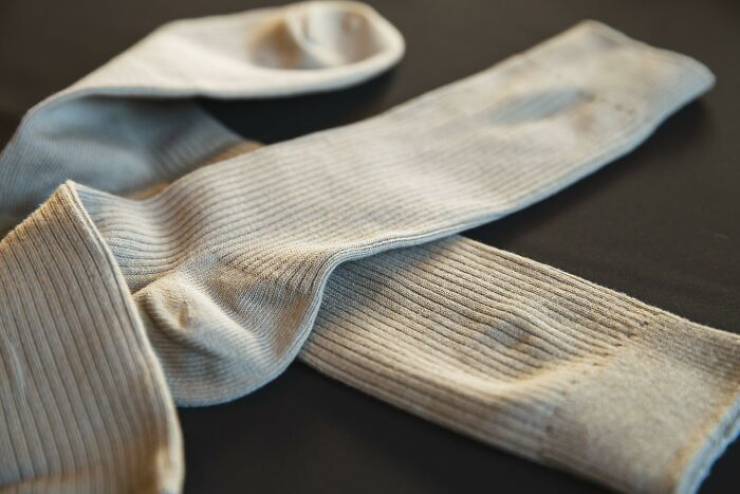 “If someone breaks into your home and you use a bat to protect yourself, put a sock overtop of it so if they grab the bat, you can take it back because the sock will slide off.” 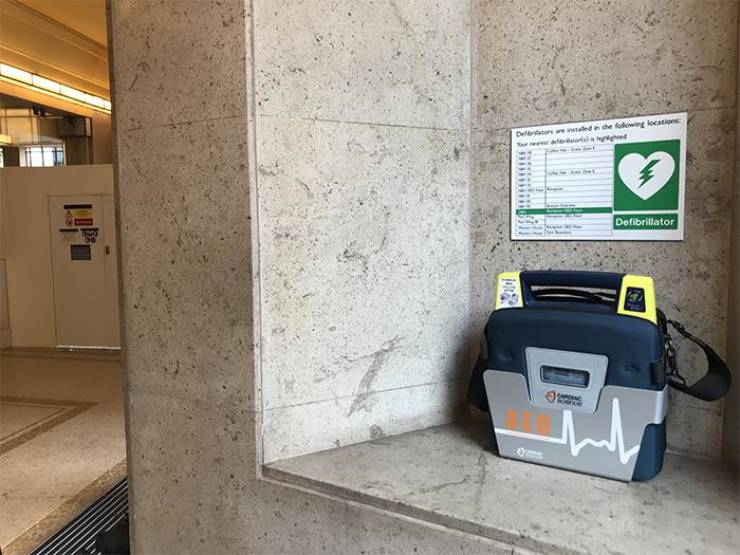 “When in an emergency situation, tell someone to call 911 by pointing at them and saying “Hey you, in the [descriptive] shirt…call 911].

Shock is a real thing and some people need to be delegated roles explicitly.

“You there, control the traffic around the scene.” “Run to the nearest library or mall and get a defibrillator, you will see a sign of a heart with a lightening bolt through it.”

Delegate and be descriptive. Get them working for you.” 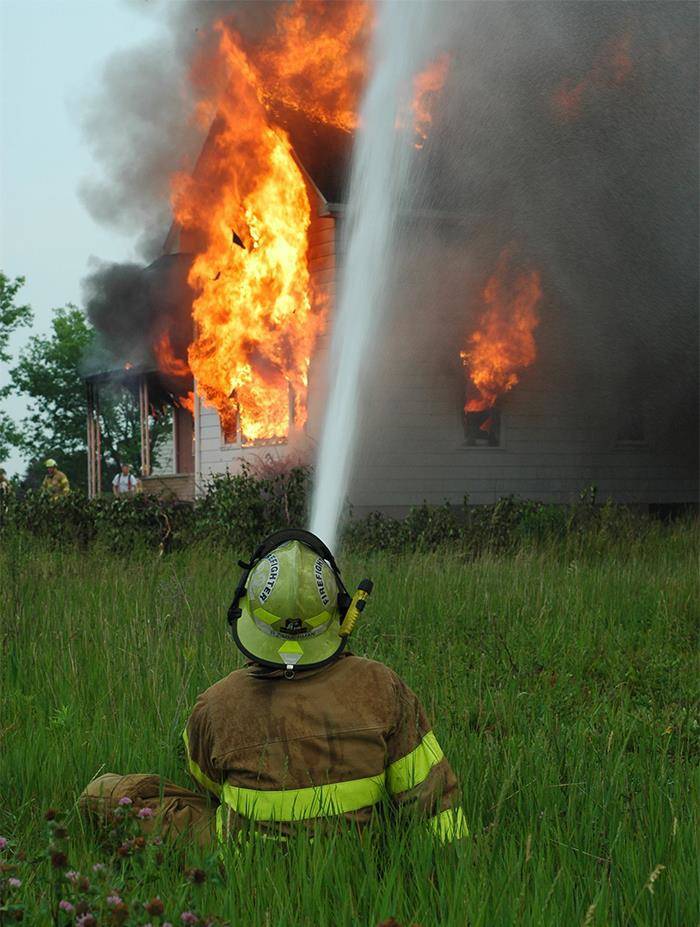 “Crawl out of a burning building, breathing as close as possible to the floor as you move. “If you’re at a bar or club and some @$$hole antagonizes you don’t let your ego get involved. Seen so many people get hurt when they could just walk away. Funny thing is most people think fighting back will defend their pride but to me and a lot of other people you just look insecure. Be the cool guy who just laughs it off. Yours sincerely. Former bartender.” 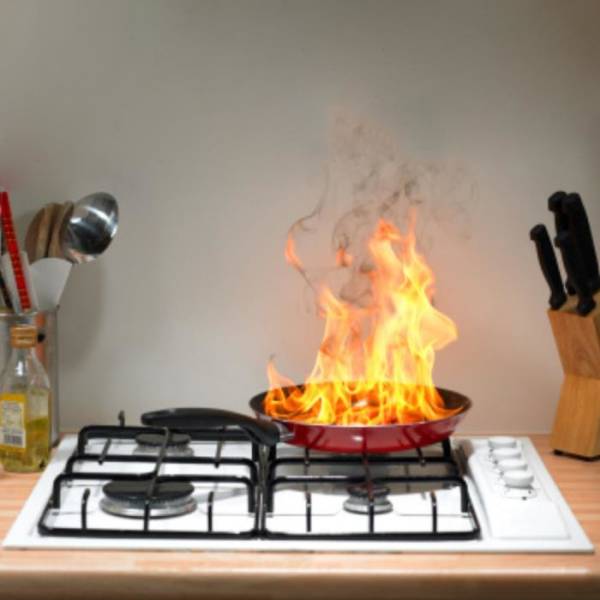 “If you are deep frying something and the entire freakin pot is on fire, DO NOT PUT IT OUT WITH WATER!!!.

1) Turn off the gas/electric range. Don’t pour water on it. “If you are being chased by a swarm of bees, do not jump into a lake or other body of water to escape. This isn’t a cartoon. The bees will simply wait above the water to sting you, and now you have created a situation where you move slower, can’t breathe as well, and suffer worse if the toxins affect you. You may even swallow a bunch of bees gasping for air. Also, water has unseen predators that you’ve now introduced to the equation. If pursued by bees, just keep running and running. They will defend their hive to a large proximity, perhaps even a mile. Just run until they feel they’ve won.” 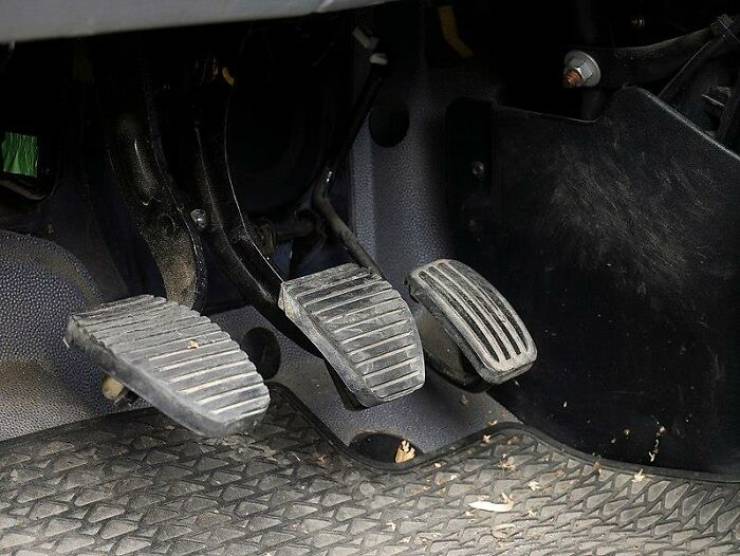 “If the accelerator in your car gets stuck and you cannot stop, shift your car into neutral.” 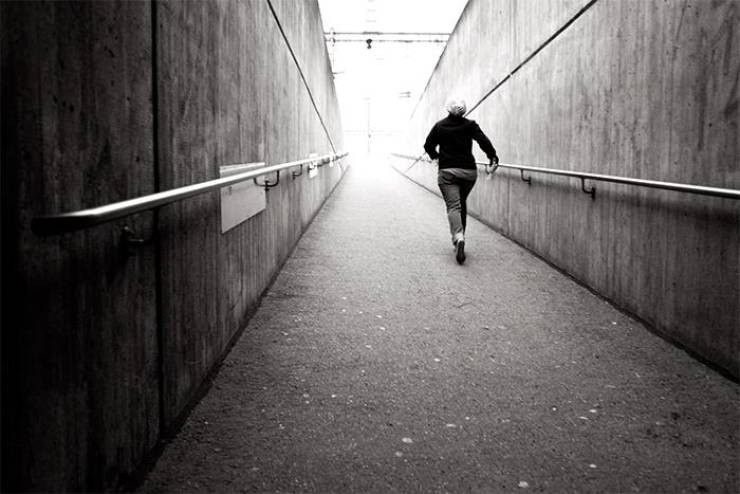 “If you ever get held at gunpoint and asked to get in a vehicle, you fight with everything you’ve got to not do that. Run zig zag, punch and kick, do whatever even if you die in the process. Because 99% of the time, people who get in the car do not come back. Especially if being moved from a public place to a private place.” 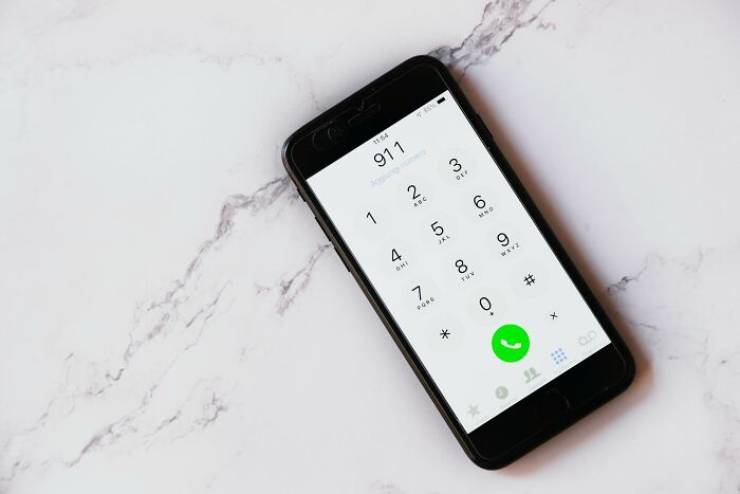 “Never hesitate to call police to report a missing person the “24 hour rule” is a myth.” 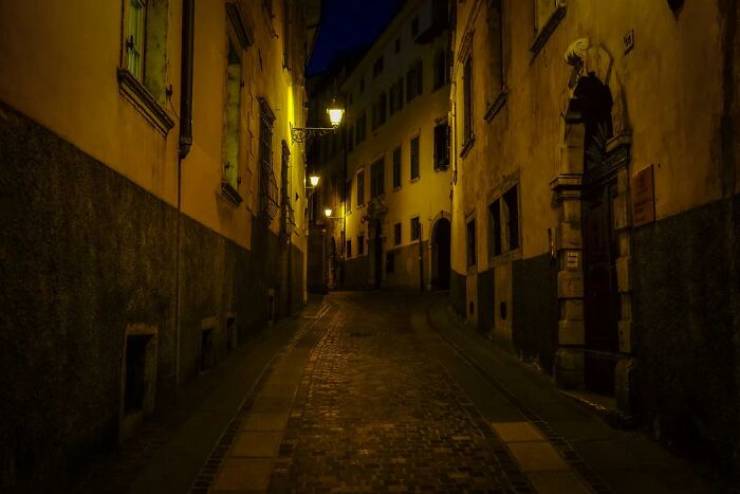 “Trust your gut, if something doesn’t feel right then move to the other side of the street or change direction or don’t go down that dark alley that moans.” 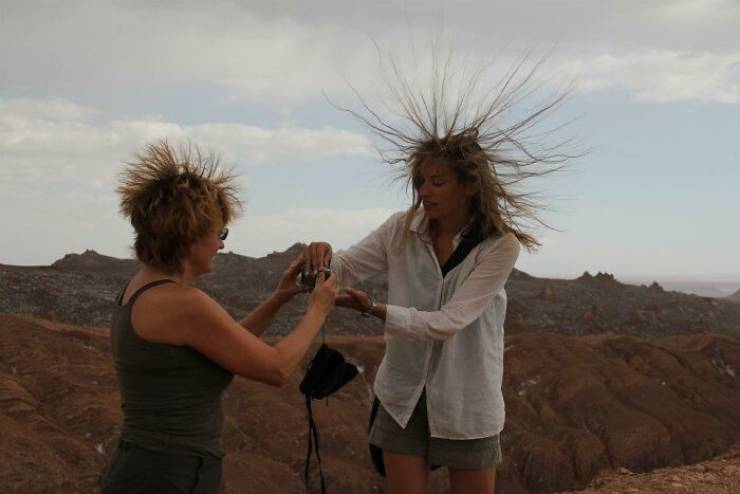 “If you’re outside in a lightning storm and your hair starts floating, seek immediate shelter. You’re about to be struck by lightning.” 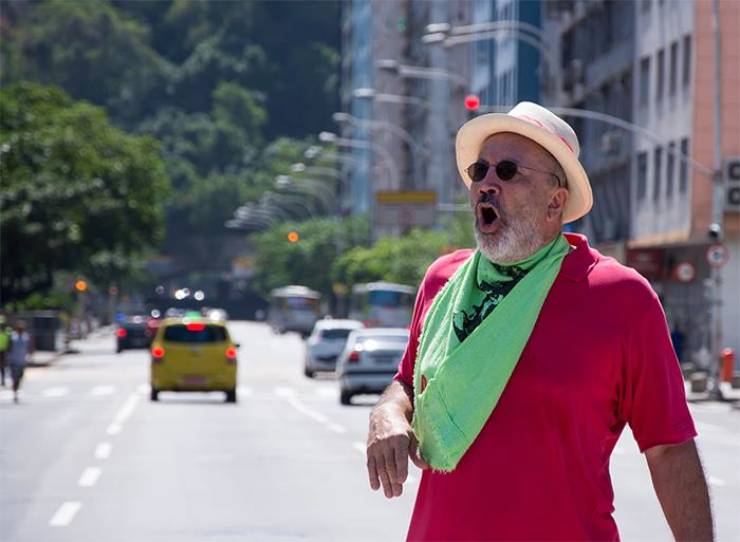 “When someone shouts ‘duck’ , don’t question it and freakin duck.” “If you are taken to the hospital and the doctors ask you if you have taken any drugs don’t just think about the illegal stuff also tell them if you’ve had small things like Advil or Tylenol it could save your life.” 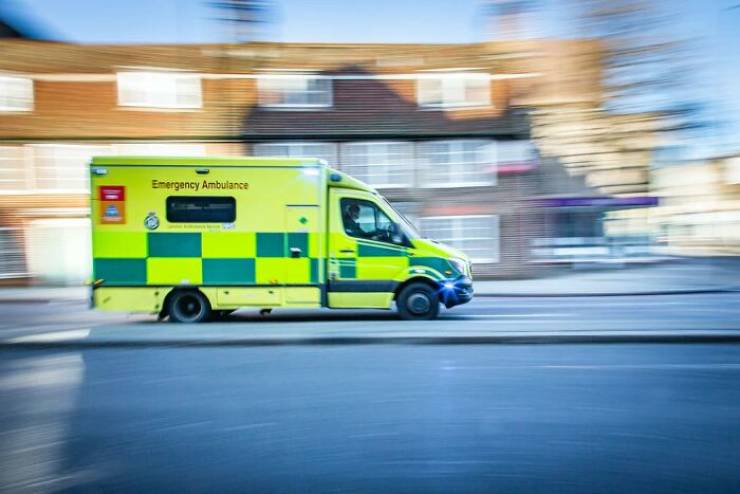 “If someone gets stabbed, do NOT take the knife out if possible. If it stays in it acts as a plug to the hole and will reduce bloodloss. Apply pressure around the wound as best you can and call an ambulance.” “If a canker sore in your mouth or on your tongue isn’t healing in about 2 weeks, it might not be a canker sore.

I’m going in to surgery today, and they will likely remove 100% of my oral cancer, because of early detection.” 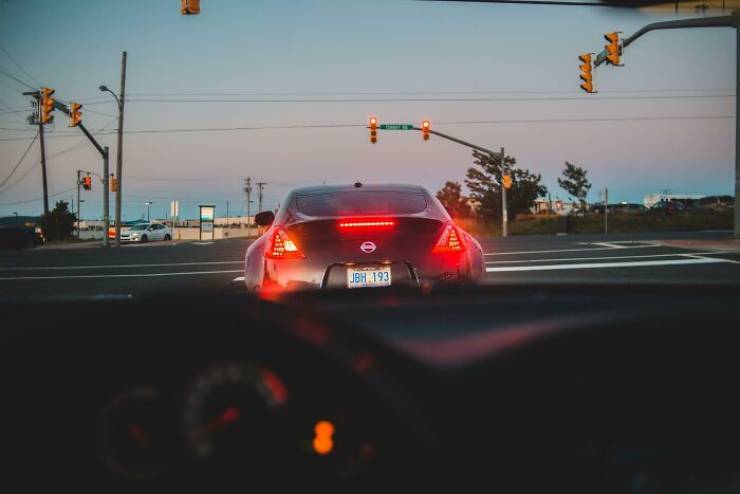 “When you’re waiting to make a left turn, keep the wheels facing forward until you’re ready to go. If you get rear-ended, it can make the difference between just a fender-bender or getting launched into oncoming traffic and getting t-boned. They used to teach this in driver’s ed, but I don’t think my kids ever heard this from their instructors.” 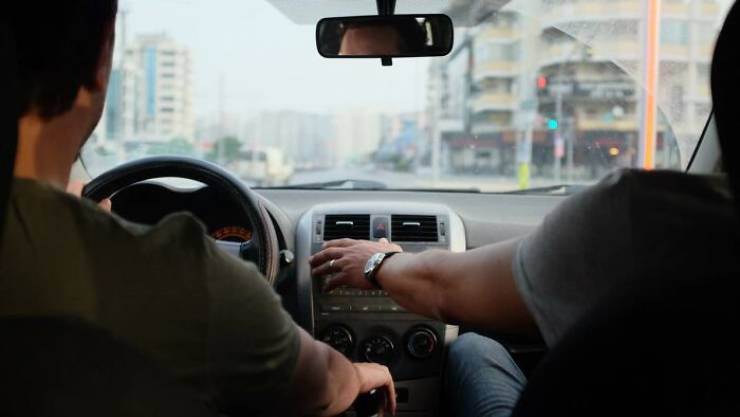 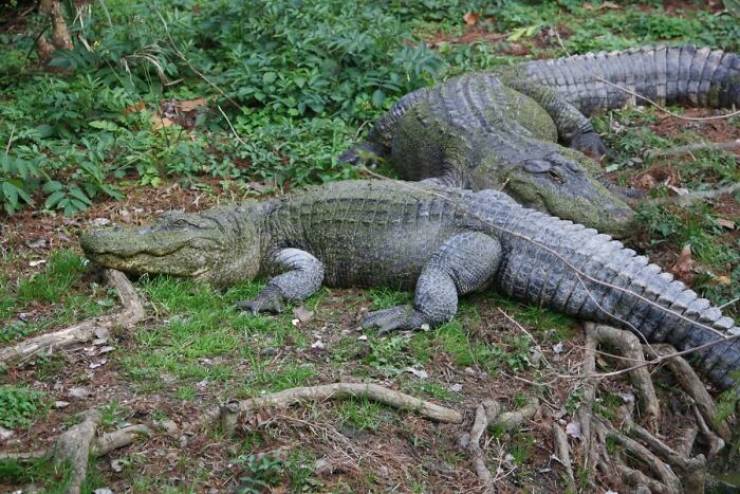 “Don’t swim in Florida waterways at night, dusk, or dawn, because teeth. But if you should find yourself in the mouth of a hungry gator, don’t go for the standard eye poke, go for the nostril poke. Jamming your finger in their nostril breaks the seal they use to keep water out of their airways when submerged and they will release you instantly.” 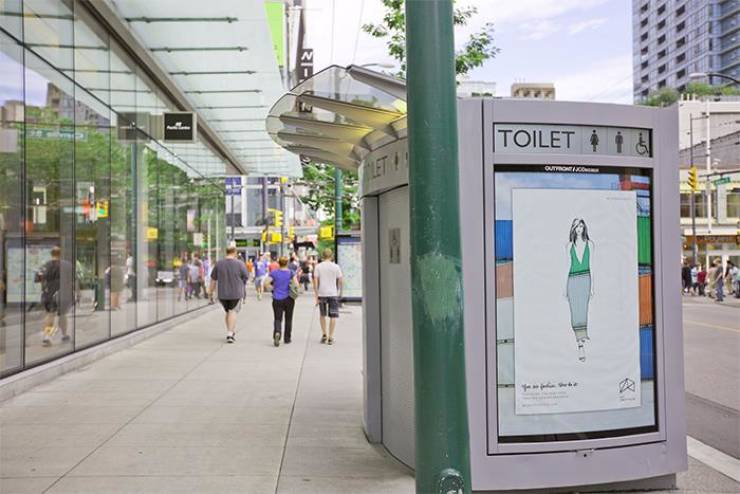 “A lot of choking deaths are actually due to embarrassment. If you’re choking, fight the urge to save face. Don’t go to the bathroom to fix it yourself, don’t sit silently and try to spit up the food yourself. Ask for help asap” “3 minutes without air. 3 days without water. 3 weeks without food.” 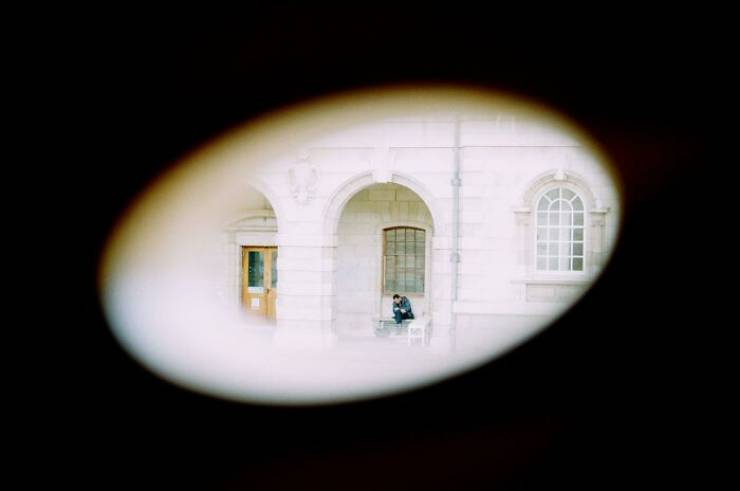 “If you feel uneasy like someone is watching you, someone or something (animal) likely may be watching/stalking you. Trust your gut feeling. Your brain picks up on things subconsciously that you do not notice.” 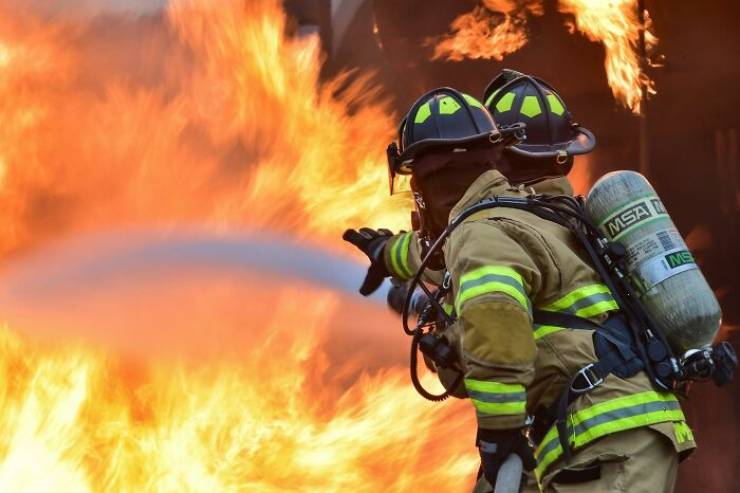 “Actual fires spread shockingly fast. We all like to play “What’s the one thing you’d grab if your house was on fire?” but the real right answer is that if it’s not alive, you should leave it and get the hell out. People tend to imagine a fire burning on the floor in a corner somewhere, but the reality is often that it’s running across the ceiling and circling around the walls. Just get out.”

“There is no such thing as a fair fight. If it’s a life threatening situation, fight dirty. Attempt to bite if you are pinned down, and press the base of your thumbs onto their eyes if necessary. As soon as you get the opportunity, run towards the nearest place with people around, and report to the police

Obvious, but often people view fighting as a boxing match.” “If you are stranded in the desert do not drink the “water” in a cactus. It will induce vomiting which will dehydrate and kill you faster”

“If you have been driving for a while and you find yourself or your mate, in the car starting to micro sleep. Pull over immediately and get some rest (~ 20 minute power nap with an alarm to wake you). Your/their reward is being alive and not wrapped around some tree.”

“If you EVER get bit by a wild animal, no matter how it acts. Get. A. Rabies. Shot.

Rabies becomes a death sentence upon the onset of symptoms.”

“Don’t be afraid to go to a psychologist.

It’s nothing to be ashamed of. I keep telling this to a friend of mine, but he keeps refusing. I try to help and listen, but in the end, there is only so much a normal person can do” 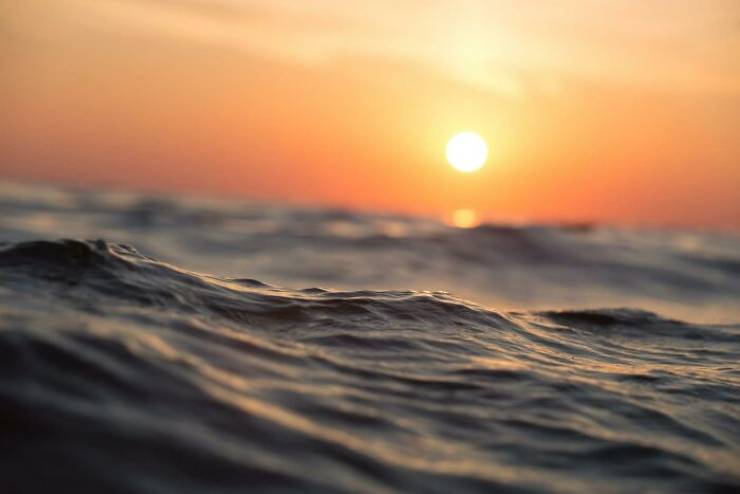 “If you get pulled out into a rip current at the beach, swim parallel to the shore to work your way out of the riptide rip current before trying to swim back to shore. Fighting against it directly is only going to exhaust you a ton faster.”

“Get a carbon monoxide detector for your home and regularly check to make sure it has fresh batteries.” 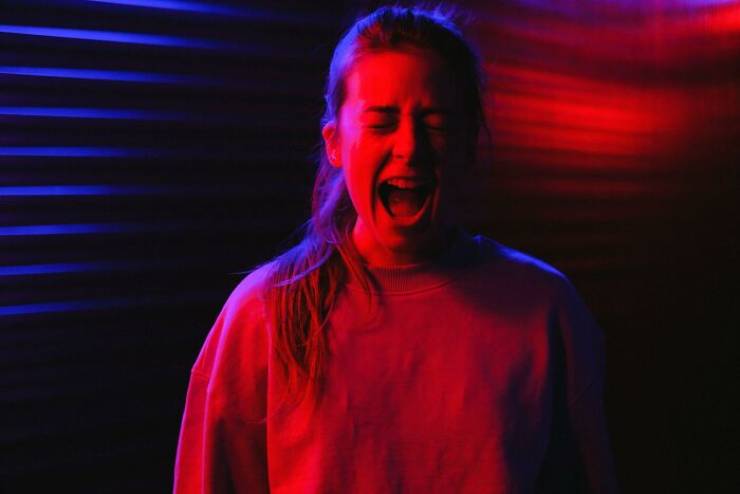 “Yell at a knife, whisper at a gun.

If you yell at an attacker with a knife, there is a small chance that could startle them and they drop it. At the least, you are attracting attention, and can get out of the situation.

Always whisper at someone with a gun, or at least, speak slowly and calmly. If you yell, that could startle them, and you could get shot.

Most weapons are used as intimidation, so if it’s your wallet they are after, talk calmly, give them your wallet, and back away slowly.”

“If you’ve gone two and a half or more days without water, and you have to choose between drinking water without any way to sanitize it or not drinking water, drink the water. If you don’t, you’ll definitely die soon. Most of the diseases you can get from bad water take a couple days to set in, which gives you more time to find help.”

“If you happen to be walking near a downed power line DO NOT take your feet off the ground. This can create a potential between you and the ground and cause a discharge through your body. Take small shuffling steps away (without picking your feet up) from the power line and call the authorities.” “If you pull a weapon in self defense, use it, immediately! I’ve known a number of people to be seriously injured from hesitating.”