28 Travel Destinations That Are Kinda Overrated 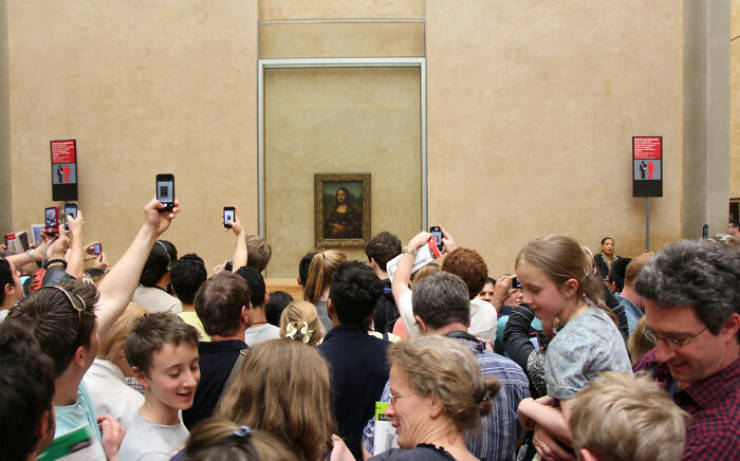 “The Mona Lisa in Louvre in Paris. It’s just a small painting hanging quite far away in a really crowded room full of tourists. Don’t get me wrong, it’s a beautiful, iconic painting, but it’s not worth visiting the Louvre only for the Mona Lisa. The majority of the other artworks in that museum are more impressive than the Mona Lisa.” 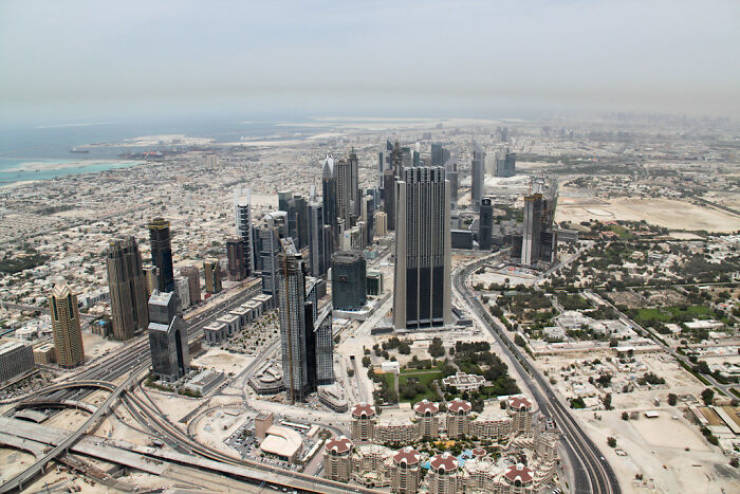 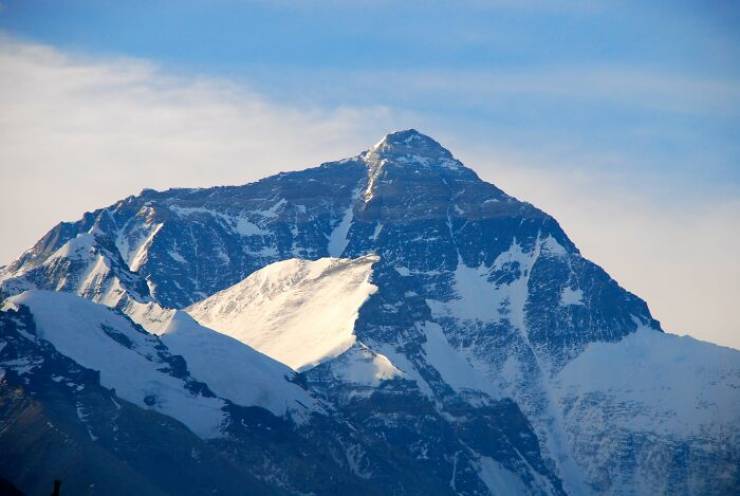 “The peak of Mount Everest. People just pay sherpas to carry all their gear, and navigate the dangerous areas. Many have heated tents. The line to wait to get a picture at the top can be extremely long, and dangerous because people aren’t used to the altitude.” 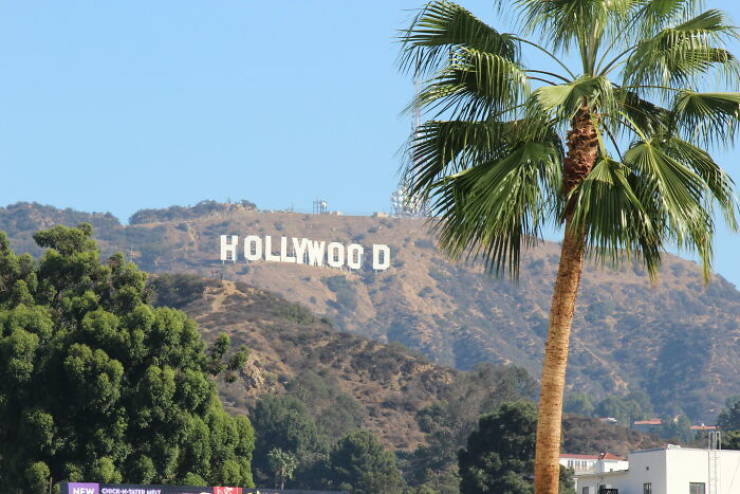 “Hollywood. The most disappointing garbage and pee covered place on earth.” 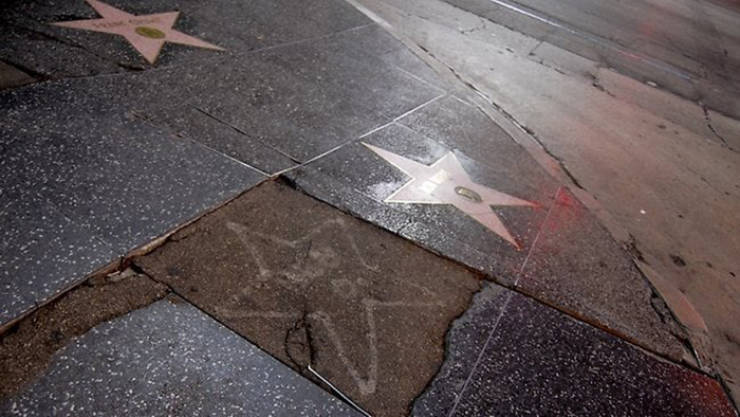 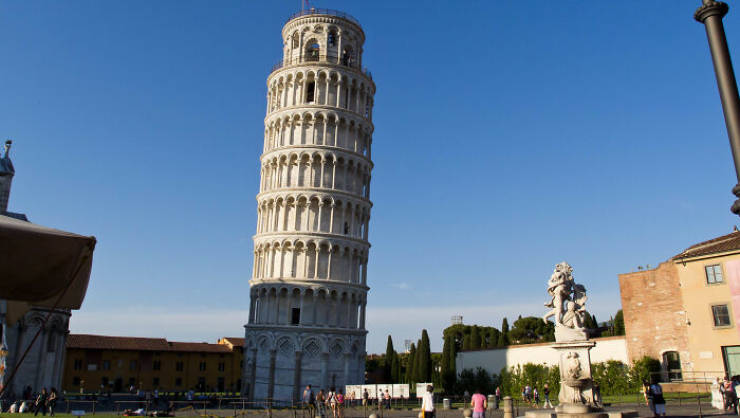 Besides the small square with the tower where everyone is taking the same stupid joke pic. And guys tryna sell you toys.

The rest of the town is pretty lame. You’re in Tuscany, go to ANY small town and you’ll enjoy it far more.” 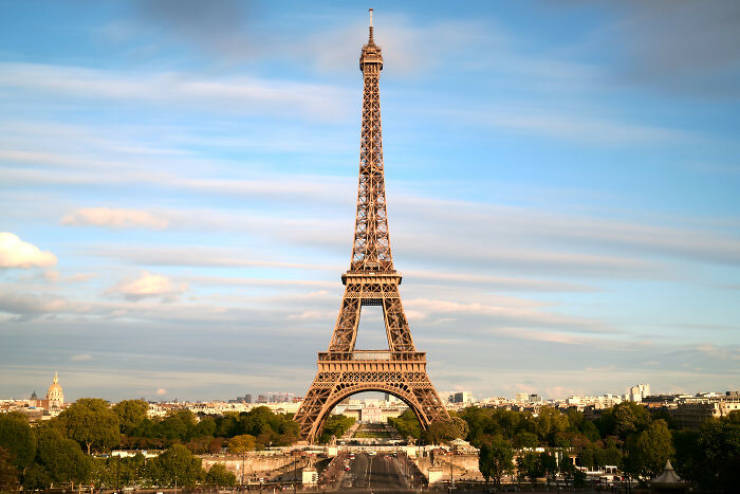 “Japan has such a romanticized view of France that they actually have a term, “Paris Syndrome”, for the sudden shock suffered by Japanese tourists when they see that France isn’t how they imagined.” 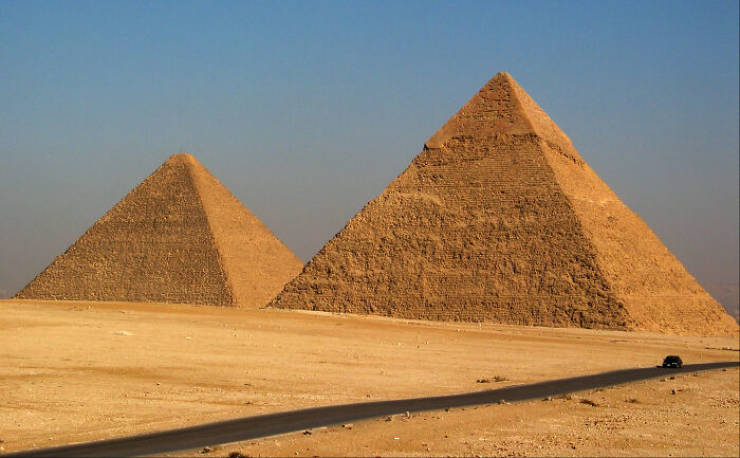 “Egypt, all the beauty and awe of the ancient civilisation is completely outshone by how absolutely horrible the modern civilisation is. Think of all the worst parts of India and then add sand to it.” 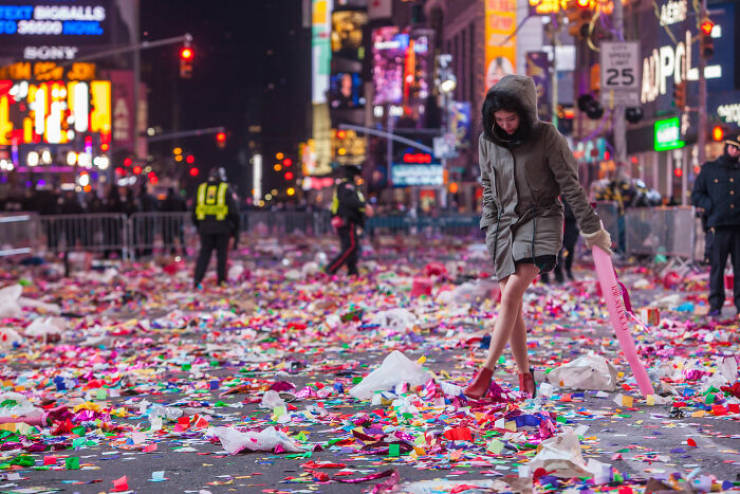 “Times square on new years. If you know, you know” “Bali. It was beautiful 10 years ago but now it’s been ruined by influencers.” 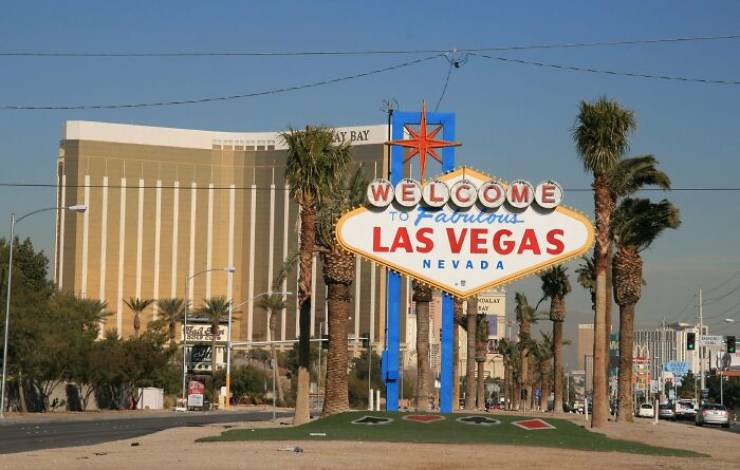 “I didn’t get anything out of Las Vegas. It was cool to see the themed hotels but besides that it was just an overpriced cultureless soulless city designed to entertain you.” 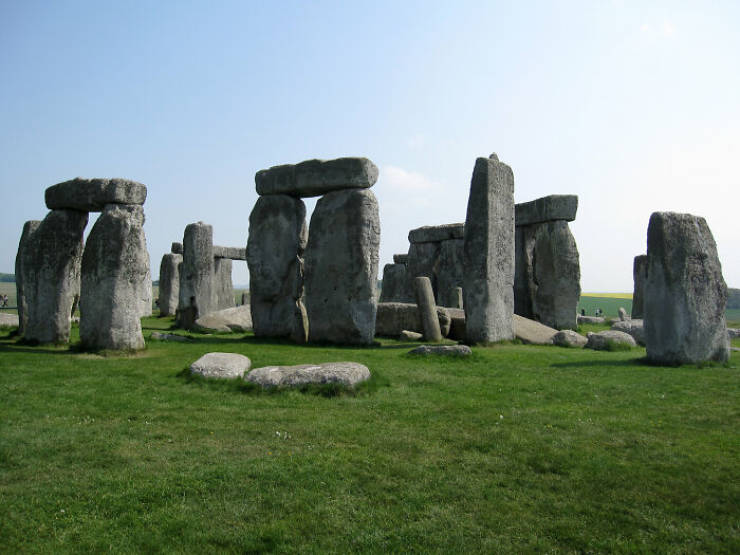 “Stonehenge. They don’t let you get very close to it to help preserve it. Either way you get just about as good a view of it from the Highway going by it as you do by waiting in line and paying to go see it. I appreciate what it represents, but if you put on a youtube video of it you will get a more personal and close experience of it then if you actually go there.” 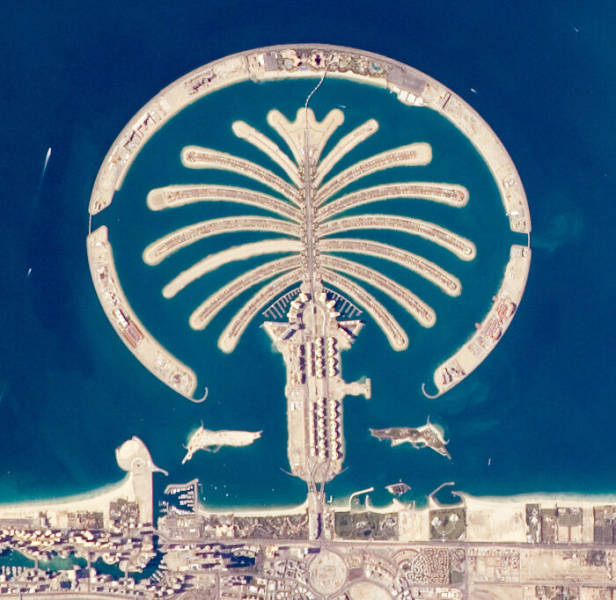 “UAE, it’s the most culturally deficient place you will ever see in your life!!” You can get the same brand and amount of beer for a third of the price literally anywhere else in Munich. The carnival rides are also overcrowded and overpriced, the food is decent but also overpriced… I could go on. Oktoberfest is over-everything.” 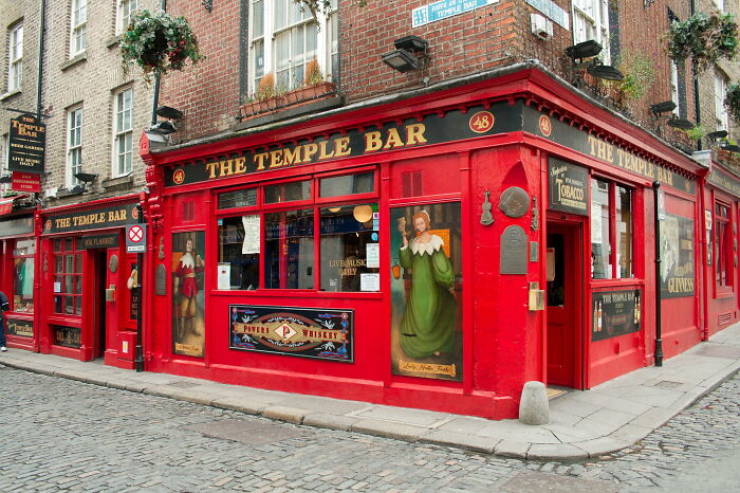 “If you’re in Dublin, stay away from the Temple Bar area, it’s ridiculously overpriced and is not at all what a real Irish bar is like at all” “That wing mural in Nashville.. there is literally a line that takes an hour to go take a picture with a pair of wings on a wall.” “Brussels. If you’re in Belgium, visit Ghent and Bruges.” “Definitely Mallorca – I’m German enough, I don’t want to hear 90% German on holiday in Spain as well. The quieter, less central parts of Mallorca are gorgeous, especially for snorkeling and diving, but the Playa de Palma, or at least that part, is horrendously German lol” 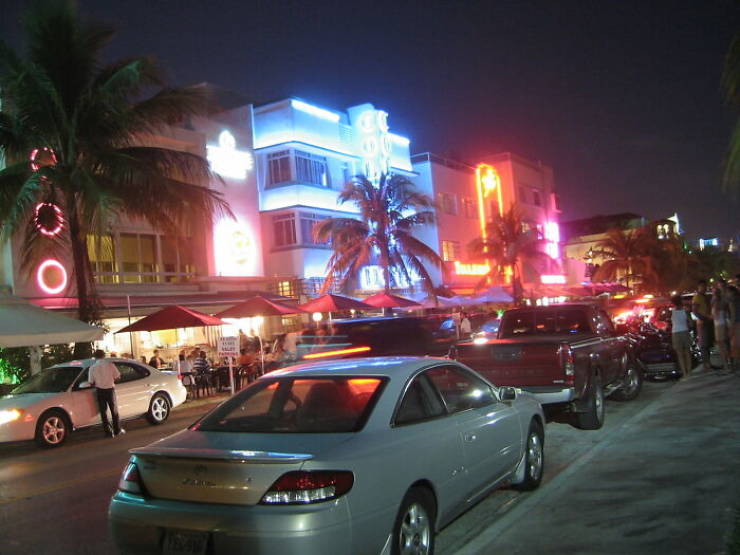 Over priced bars and clubs, if youre a dude and you dont have a fine group of women with you, be ready to drop serious cash for a night out if youre there. There are better beaches up and down the coast, that wont force you into the terrible traffic and parking SB has.” 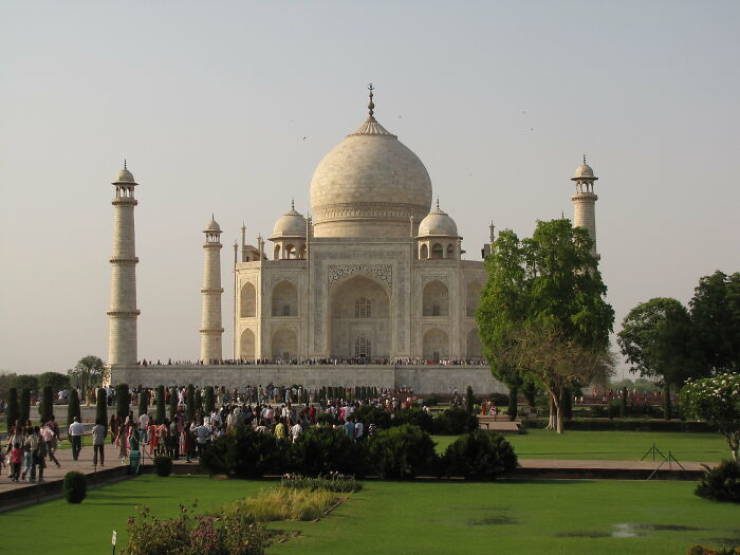 “The Taj Mahal. Yes, it’s beautiful but it’s also overcrowded which ruins any serenity and every thing that there’s to see is visible on the pictures you’ve seen a thousand times before. The inside is dark, surprisingly small and you’re rushed through. Agra Fort, overlooking the Taj Mahal, by contrast is equally gorgeous, vibrant and teeming with history. I enjoyed it much more.” “Mount Rushmore. It’s faces on a rock basically and smaller than you think.” 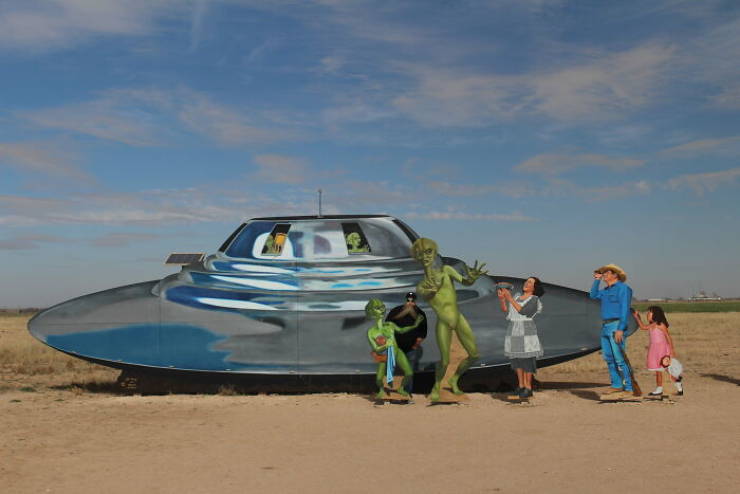 “Whatever expectation you have of Roswell, New Mexico- it’s worse” “Disneyland. It’s just a lot of waiting for bad rides.” 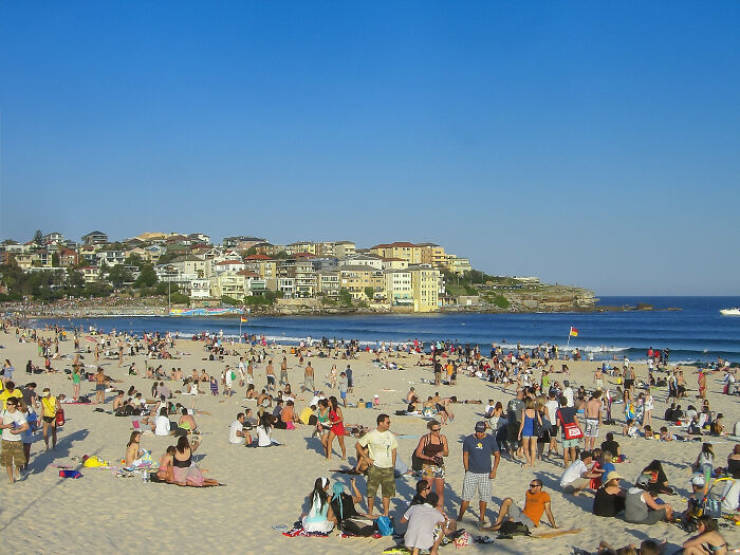 “Bondi beach in Sydney. Overcrowded, everything there is way overpriced”

“Blue lagoon in Iceland. Always super crowded and you have to book it super early. There are a lot of better lagoons in Iceland that are just as pretty (or even prettier), more isolated, definitely less crowded, and just as “blue”.” “Bourbon Street, New Orleans. It’s really just the same as any other bar district in any other large city around the world. Same old cover bands playing the same old songs that you’d hear anywhere. You can experience all you need just by walking down the street for an hour and not going in anywhere.” 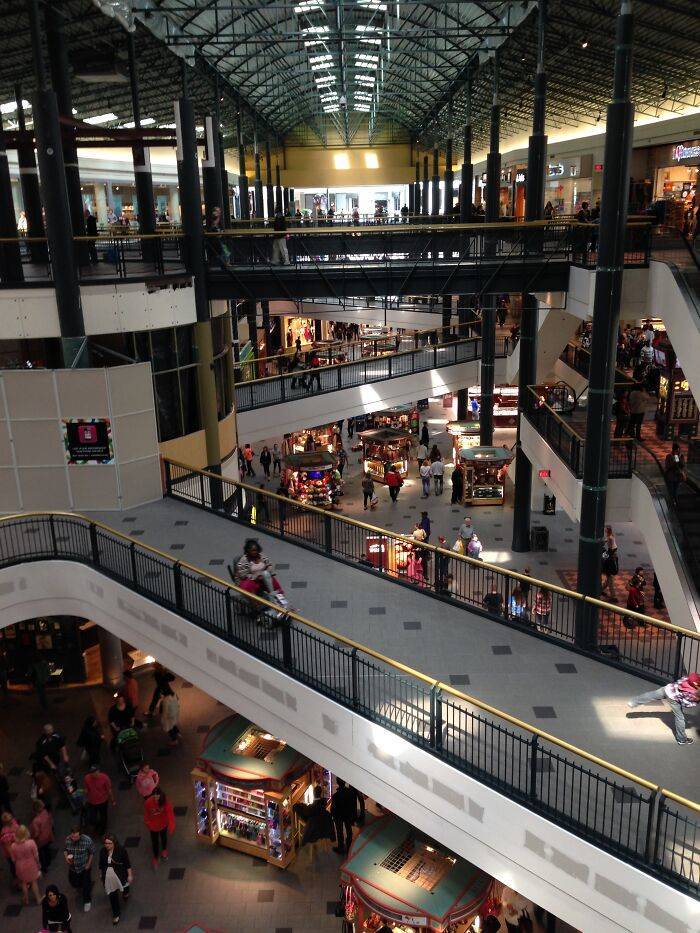 ” Mall of America. It just a Mall with a lot of stuff in it. My opinion would’ve probably be different if I didn’t live in Minnesota.”

” I did a Mount Fuji tour in Japan in March. It was hands down the worst part of the trip. No point to go up the actual mountain. It was like 12 hours on a bus. Then I saw it from a train like 3 days later, and that was a better view than anything I got on the tour. “ 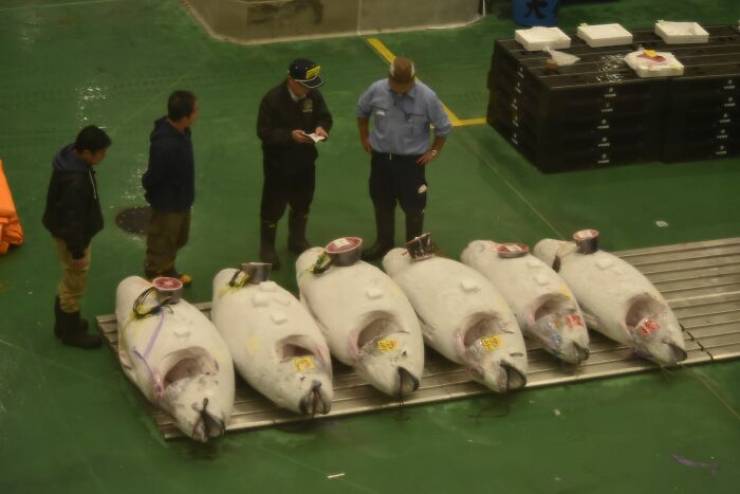 “Toyosu Fish Market. The one that replaced Tsukiji as the fish auction central of Tokyo in 2018. You get to watch the auction process, but only if you go early in the morning. And even then, only through small glass windows two stories above the auction block. If there are more than a couple dozen other visitors, you will not be able to see anything.”

Previous Why Anyone Would Want That?
Next 52 Nostalgic Photos Of The Good Old Days