In The Movie Pirates Of The Caribbean: Dead Man’s Chest (2006), The Little Song „I’ve Got A Jar Of Dirt“ Sung By Captain Jack Sparrow Was Completely Improvised By Johnny Depp

He Adopted The Horse He Rode In Sleepy Hollow When the film was complete, Depp heard that the one-eyed horse named Goldeneye had been sent to auction, so he showed up, put in the highest bid, and took the horse home with him.

Johnny Depp Signed On For Fantastic Beasts Without Reading The Script 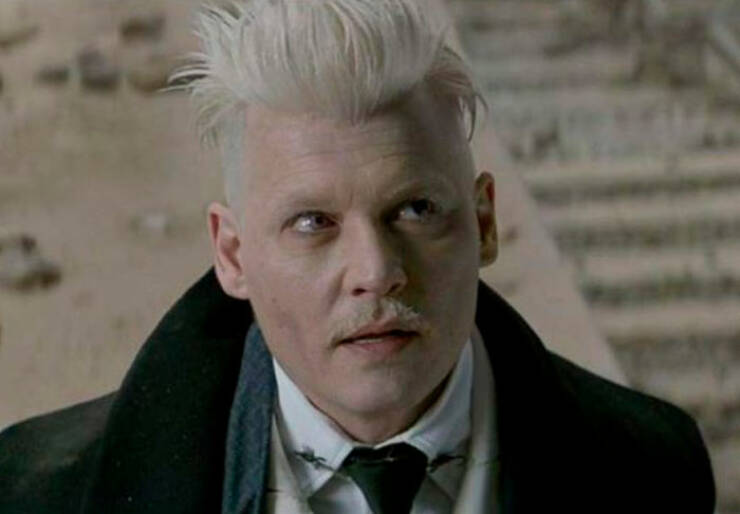 He snatched up the part claiming that he was a huge fan of the series.

In Rango (2011), Actors Actually Performed Just Like In A Live Movie And This Was Later Referenced By Animators In Animating The Film 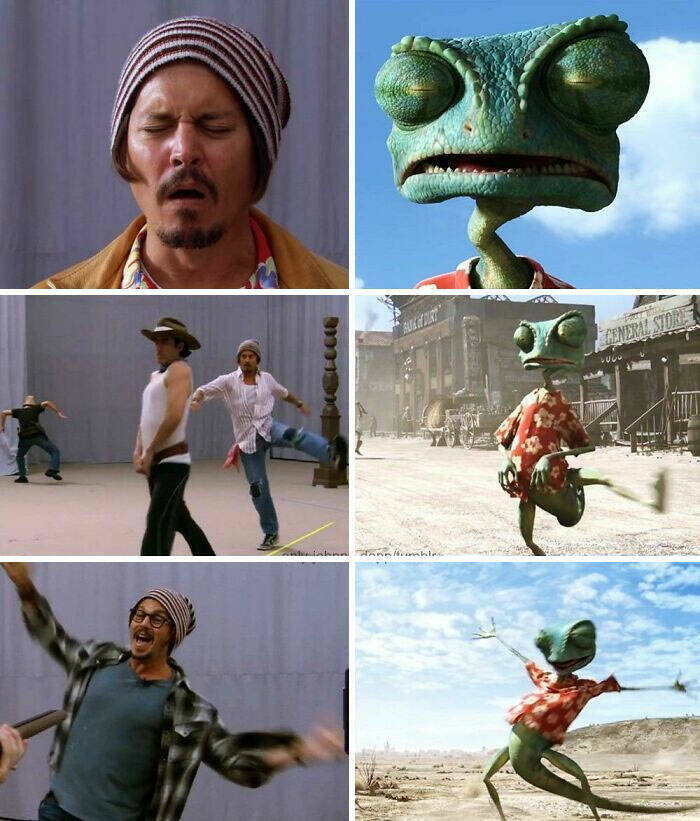 In POTC: The Curse Of The Black Pearl (2003), Most Of Jack Sparrow’s Hats Are Made Of Rubber 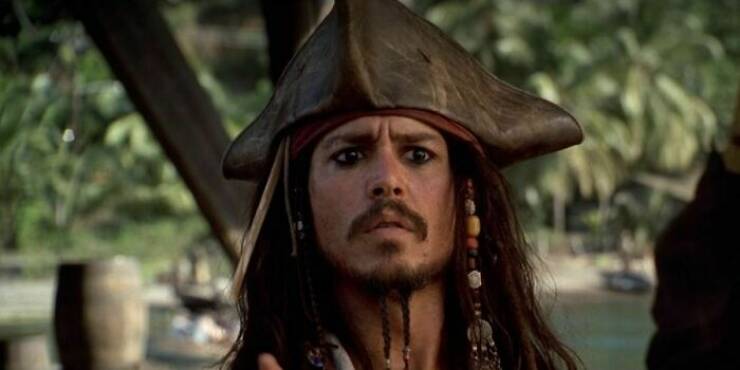 This is because Johnny Depp kept losing them and throwing them overboard. After he lost ten leather hats, the costume designer started making them out of rubber so that they would float instead of sink

In The Pirates Of The Caribbean Series (2003), Jack Sparrow Has A Red Spot On This Jaw. This Red Spot Is A Joke Between Depp And The Makeup Department. The Red Spot Is Actually Supposed To Be Syphilis, And It Gets Progressively More Noticeable In Each Film 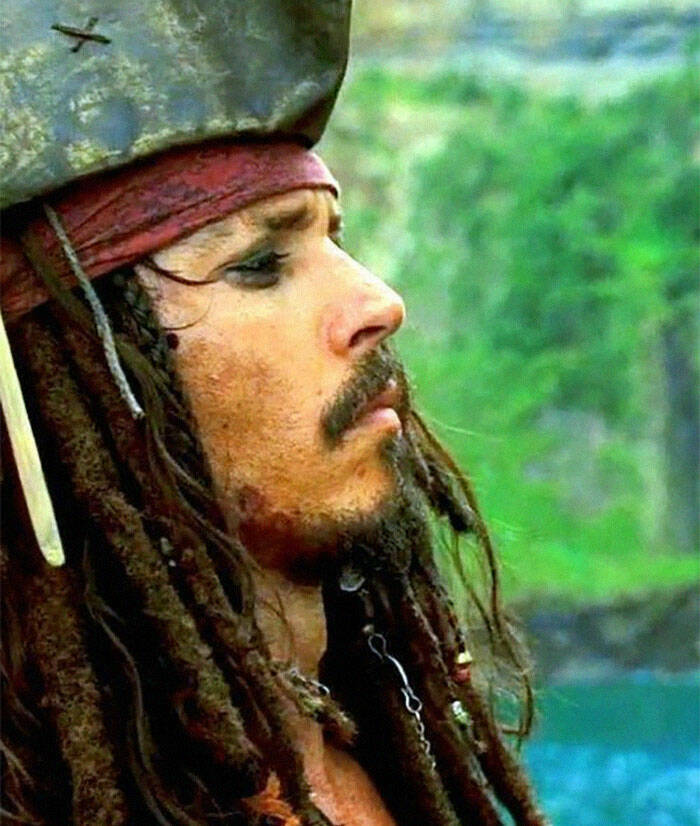 He Convinced Winona Ryder To Star In Edward Scissorhands 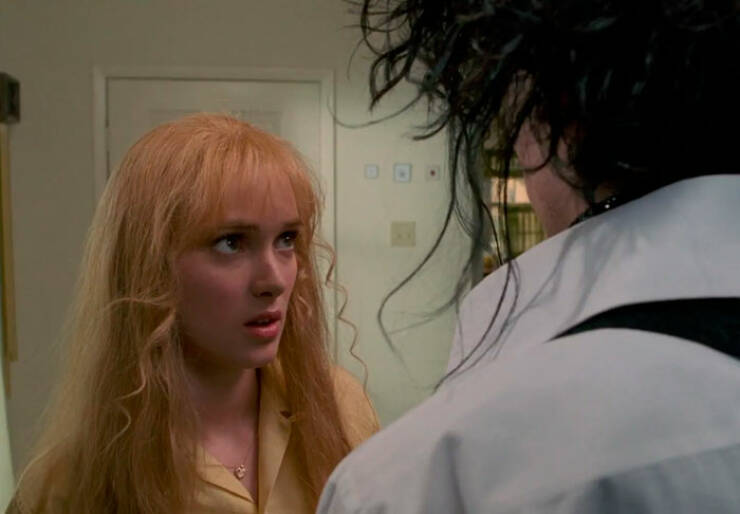 Edward Scissorhands was the first collaboration between director Tim Burton and Johnny Depp, but Depp could see that the film had great potential. That’s why he convinced Winona Ryder to star alongside him, even though she had already signed on for a part in The Godfather: Part III. She quit the role and followed Depp instead.

In Charlie And The Choclate Factory (2005). Instead Of Using Cgi, They Trained 40 Real Squirrels For 19 Weeks To Sit On A Stool And Crack Nuts And Drop Them Onto Conveyor Belts. (Trained By Micheal Alexander And Team)

The Role Of Jack Sparrow Was Written For Johnny Depp And This Concept Art By Mark Mccreery Was The Initial Design For The Character, Before Johnny’s Input. Very Similar To A Classic Errol Flynn Style Pirate. “Pirates Of The Caribbean: The Curse Of The Black Pearl” (2003) 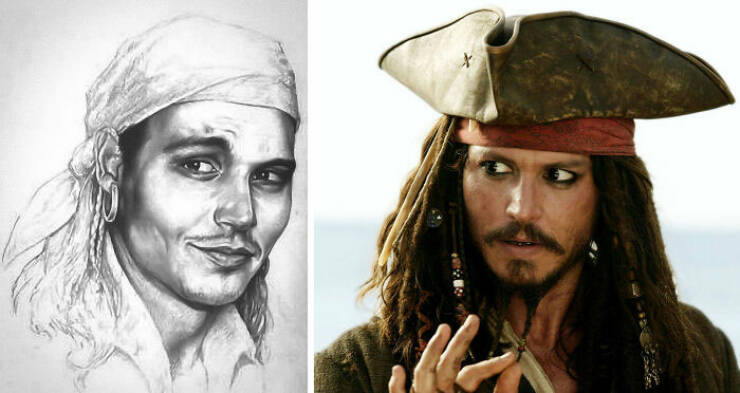 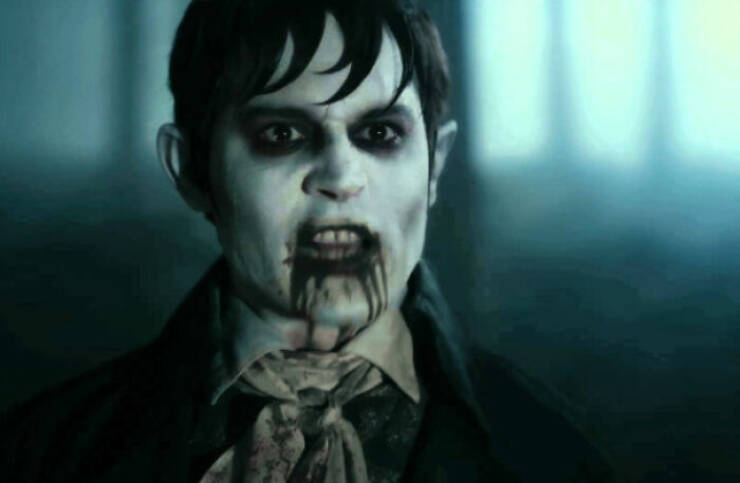 In Charlie And The Chocolate Factory (2005), Willy Wonka (Johnny Depp) Is Constantly Showing His Teeth Because Of The Trauma His Father Who Is A Dentist Caused Him As A Kid 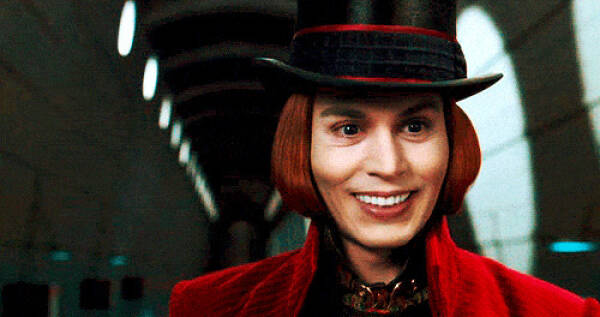 Johnny Depp, In Sweeney Todd, Strops His Straight Razor Backwards, With The Edge Advance Of The Spine, In Order To Dull The Razor And Thus Make For A More Painful Murder 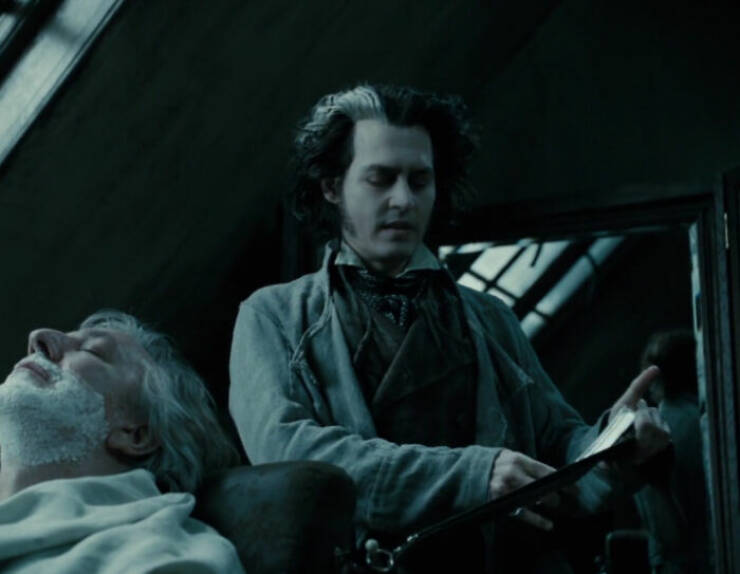 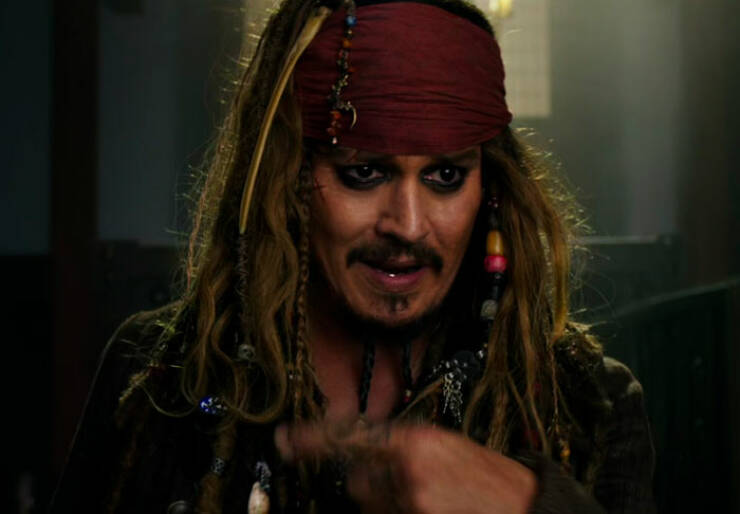 Johnny Depp came up with one of Jack Sparrow’s signature catchphrases all by himself! The Pirates of the Caribbean star improvised the now-famous “Savvy?” catchphrase all on his own while filming The Curse of the Black Pearl. It worked so well that he carried on using it throughout the movie series

In A Nightmare On Elm Street (1984), The Effect Of Blood Rushing To The Ceiling During Glen’s (Johnny Depp) Demise Was Achieved Using An Upside Down Set 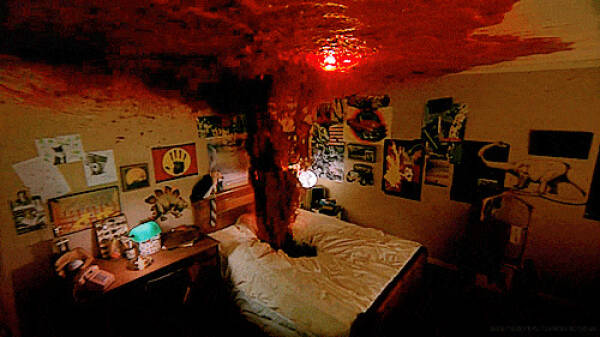 It was actually spilling onto the floor. Director Wes Craven and DP Jacques Haitkin captured the scene strapped to the wall in race car seats

In Alice In Wonderland (2010), The Mad Hatter Is Mad Because Hatmakers Worked With Mercury. This Metal Can Kill Neurons Giving You A Chronic Intoxication, Which Manifests With Behavioural Alterations, Tremor And Erethism. It Can Also Make Your Healthy Teeth Fall Out And Vomit 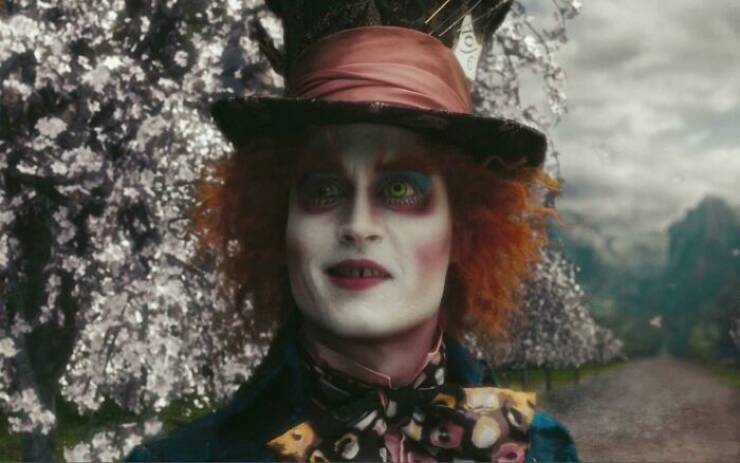 Depp Took Shooting Lessons From The FBI For Donnie Brasco 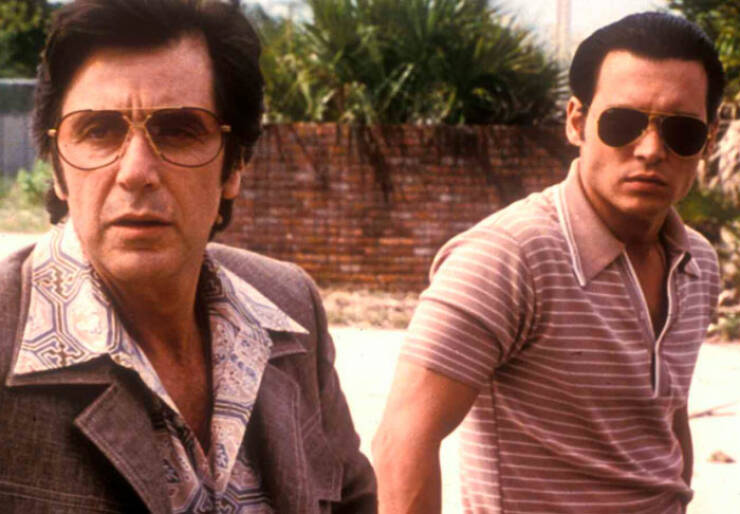 To prepare for his role as undercover officer Joseph D. Pistone in Donnie Brasco, Depp went to meet the real-life Pistone to find out more about his story and study his mannerisms. He also took shooting lessons from the FBI to help make his performance as accurately as possible. 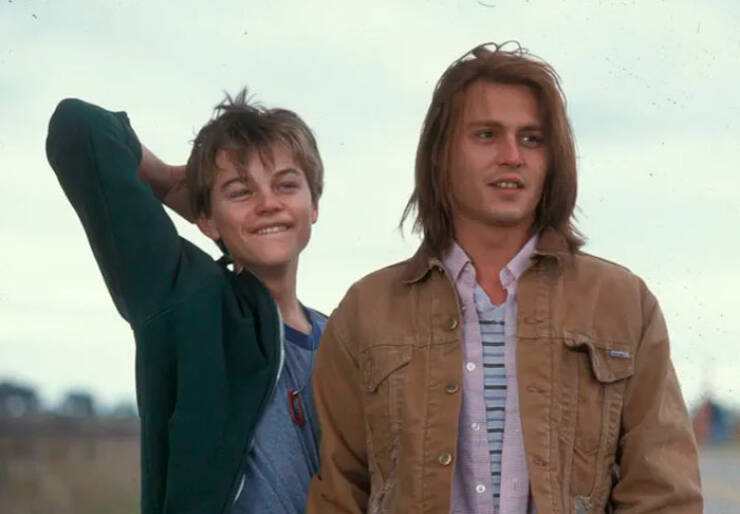 Johnny Depp confessed that he was mean to Leonardo DiCaprio on the set of What’s Eating Gilbert Grape. “It was a hard time for me, that film, for some reason. I don’t know why. I tortured him. I really did,” he said before adding that he did respect Leo for always showing up prepared for work. 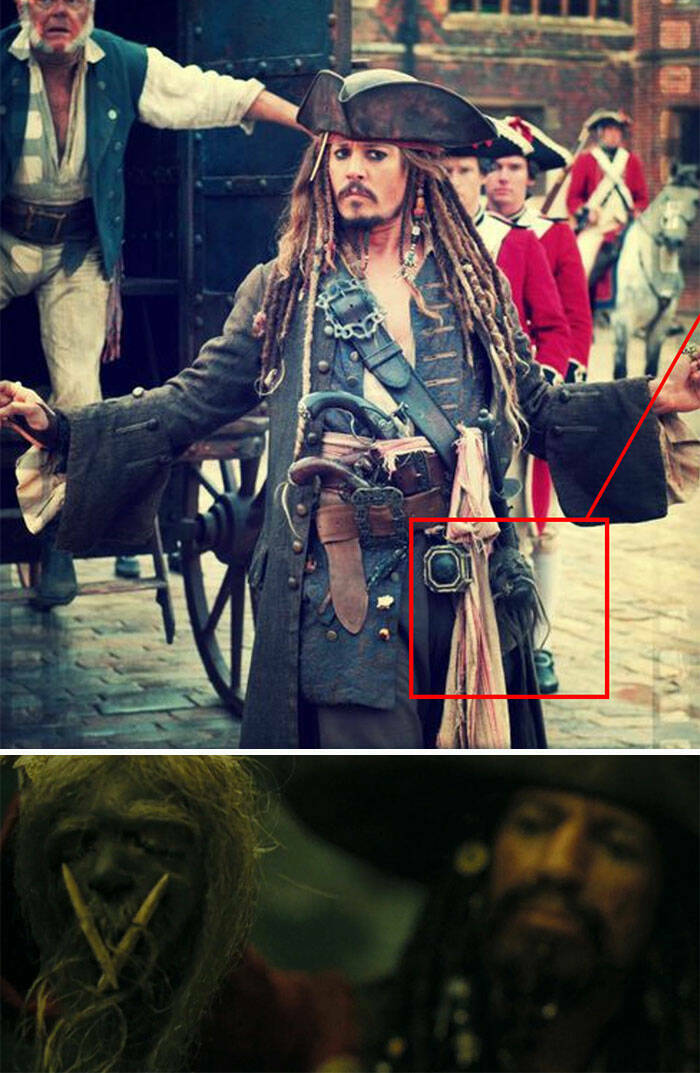 In Fear And Loathing In Las Vegas (1998) 51 Minutes In. The Author Of The Book Hunter S. Thompson Makes An Appearance As Himself In A Flashback In The 60s. This Occurs When Johnny Depp Walks In Slow Motion Through A Club Full Of Hippies, He Says, “There I Was. Mother Of God, There I Am!” 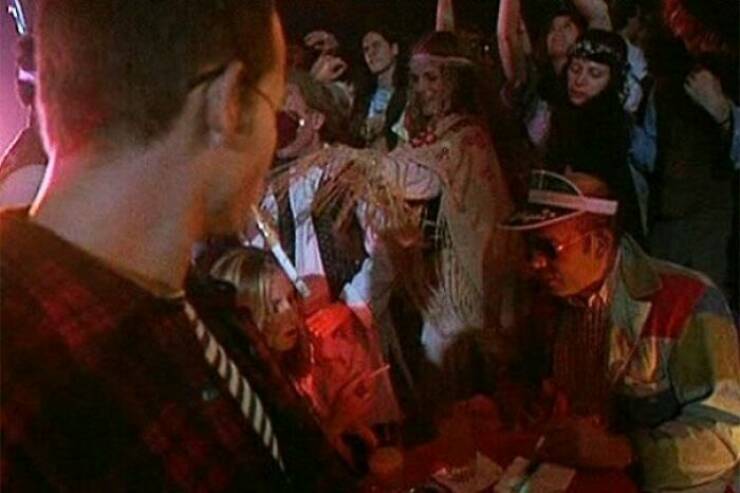 On Stranger Tides(2011) Jack Has A Very Distinct X Scar On His Cheek The Idea Came From Depp Himself. He And The Makeup Team Decided To Add It. Depp Said “If You End Up With A Cut On Your Face, It’s Just A Cut… But An X? He Must Have Woken Up And Found That Someone Put A Deliberate X On His Face” 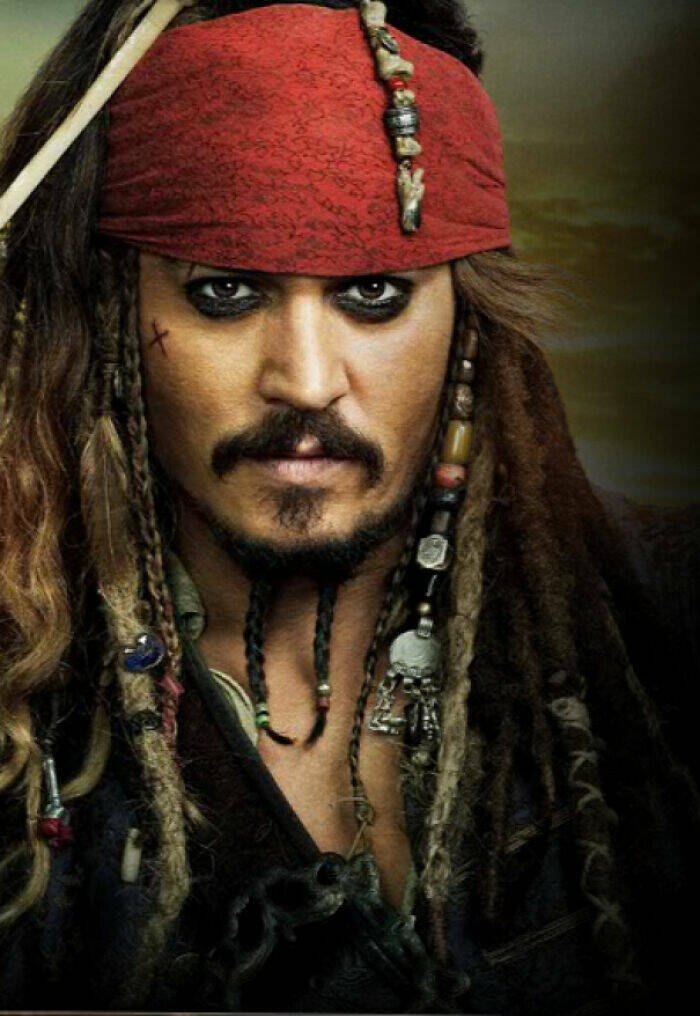 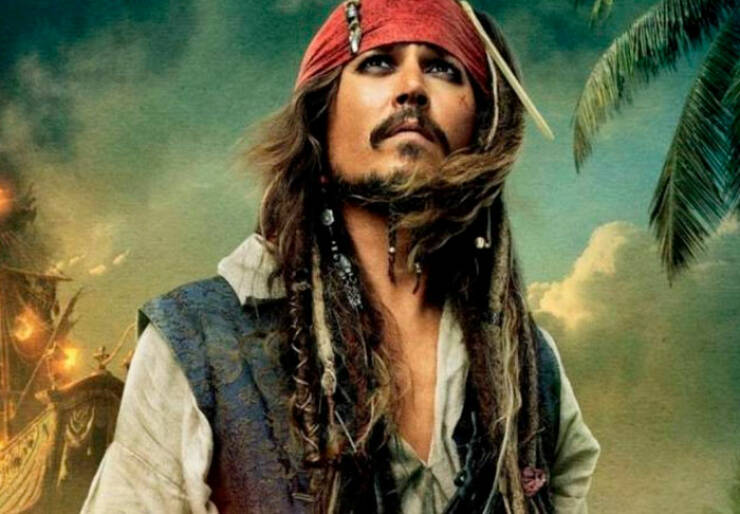 In “Pirates Of The Caribbean: Dead Men Tell No Tales” (2017) They De-Aged Keith Richards As Captain Teague, Father Of Jack Sparrow In Pirates Of The Caribbean: The Curse Of The Black Pearl (2003) Jack Sparrow’s Pistol Was The Only Real Gun In The Movie

Johnny Depp used a set of two flintlock pistols that were made in 1765. However, they were only used in scenes where they needed to be fired. Otherwise, he used replicas 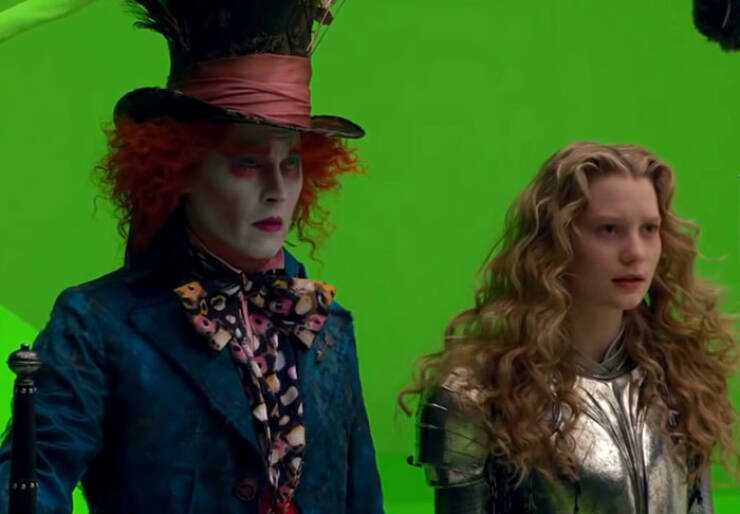 Johnny Depp’s Character’s Name In ’21 Jump Street’ (2012) Is DB, As A Reference To ‘Donnie Brasco’ Where Johnny Depp Went Undercover In A Criminal Organization 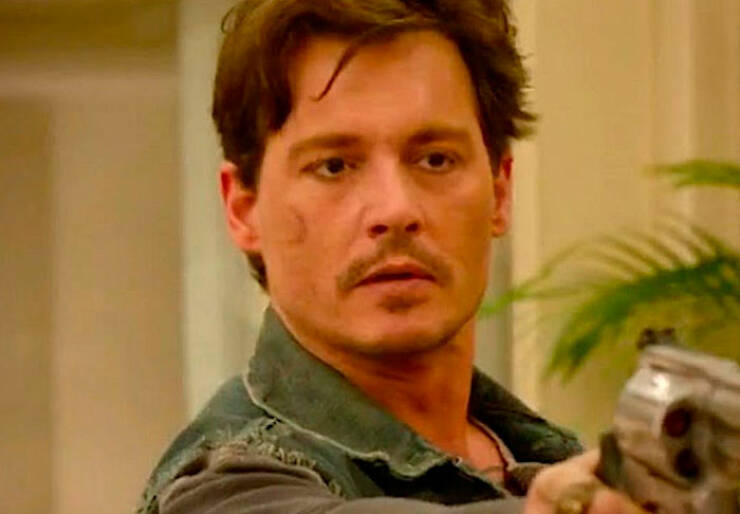 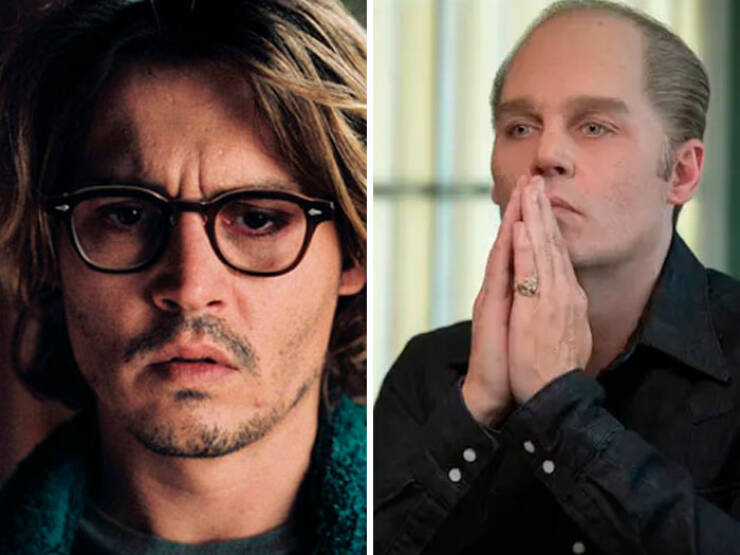 In Secret Window, Mort narrates the perfect ending to his story, and says; “Her death will be a mystery, even to me.”

In Black Mass, while everyone is eating Christmas dinner at Jimmy’s brother’s house, John Connolly says to Whitey Bulger;” I don’t know how your brother does it, the 9 kids.”

Whitey responds; “It’s a mystery, even to me.”

This is a stretch I know but both are played by Johnny Depp and I can’t help but think that it was intentional. Couldn’t find anything on google about it.

In Mortdecai (2015) The Etching That Leads Johnny Depp To The Goya Painting Is An Existing Lithograph Of A Famous Bruges Mantlepiece, Altered To Include The Goya 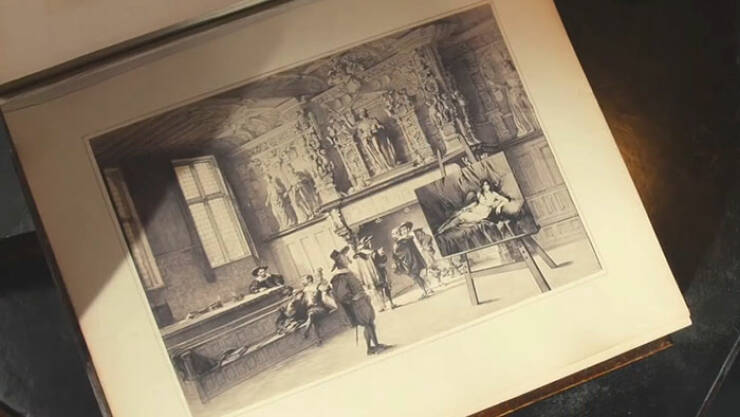 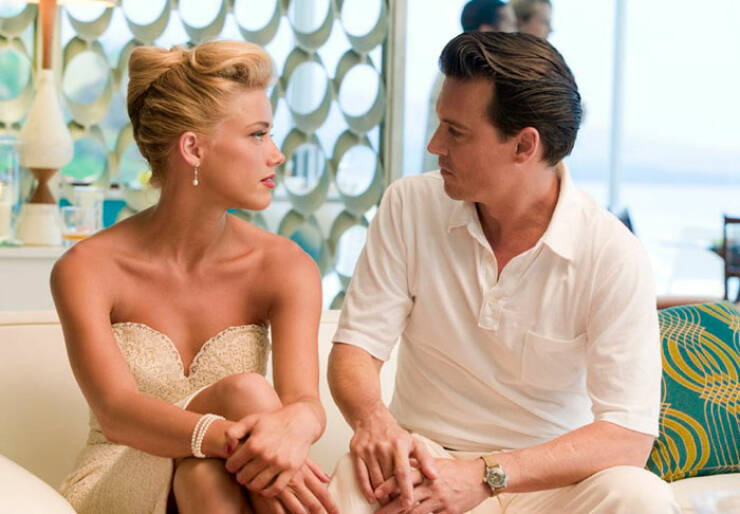