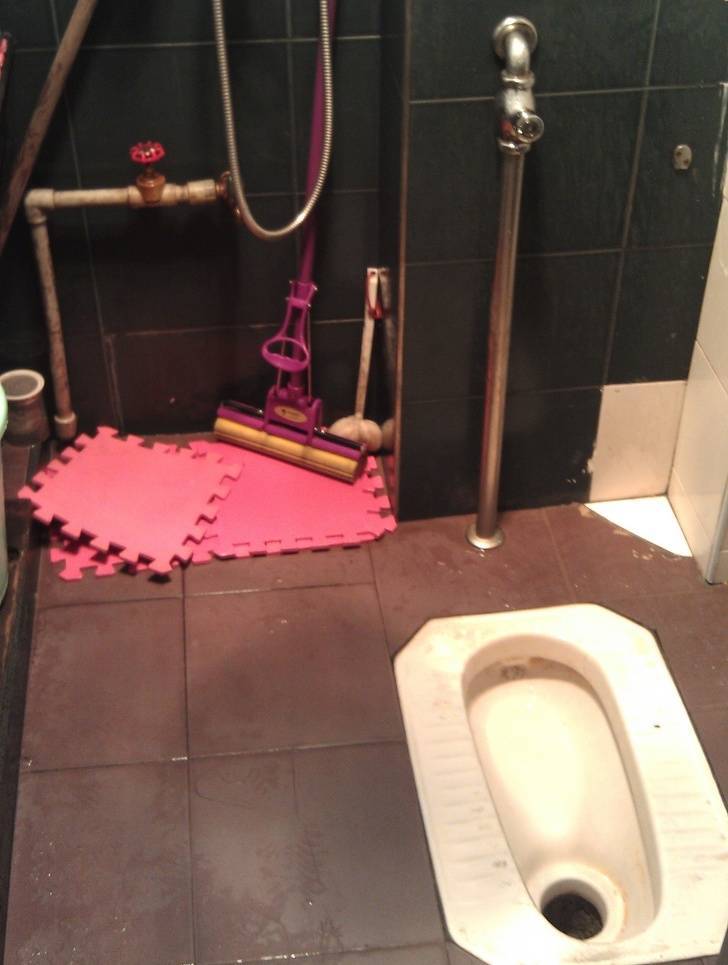 There’s a common opinion that if you empty your bowel sitting, it can harm the digestive process. So it’s better to do it in a squatting position.

Water from the shower and the washing machine flows down the floor and into the squatting toilet. There are no bathtubs in the apartments, only showers. And there are no shower cabins, the shower is just located right on the wall of the bathroom. 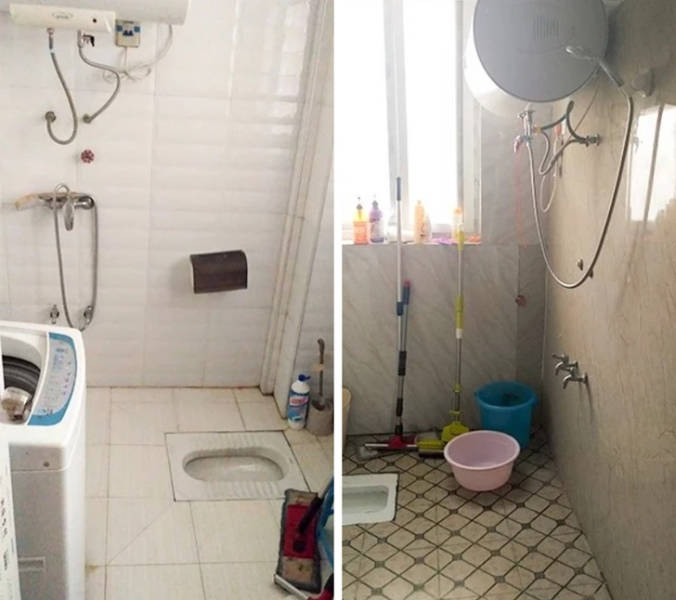 People install bars on the windows regardless of the building floor. Chinese people don’t really use them as a precaution against thieves, but more so to protect their children from falling out of the window.

New houses are built without glass windows. When an apartment gets sold, the new owners install the windows themselves. So empty window openings can be located right next to redecorated ones. 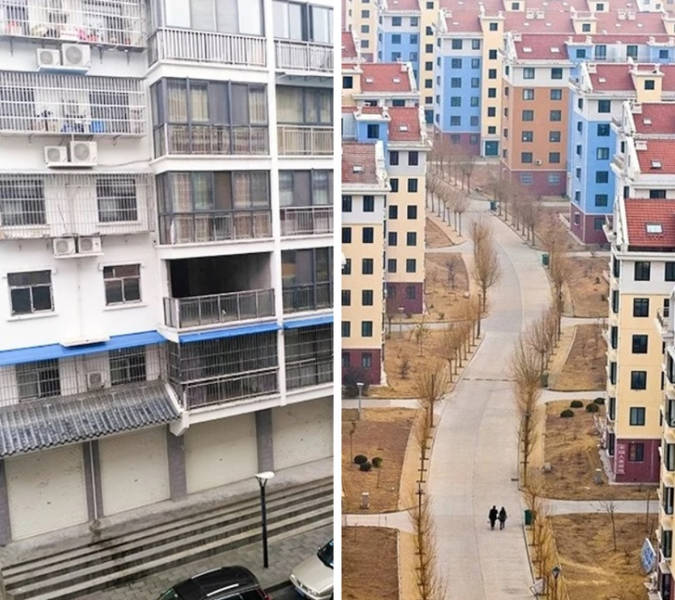 Are you someone who doesn’t believe that the Chinese population is huge? Just have a look at the entrance exam for an art school. 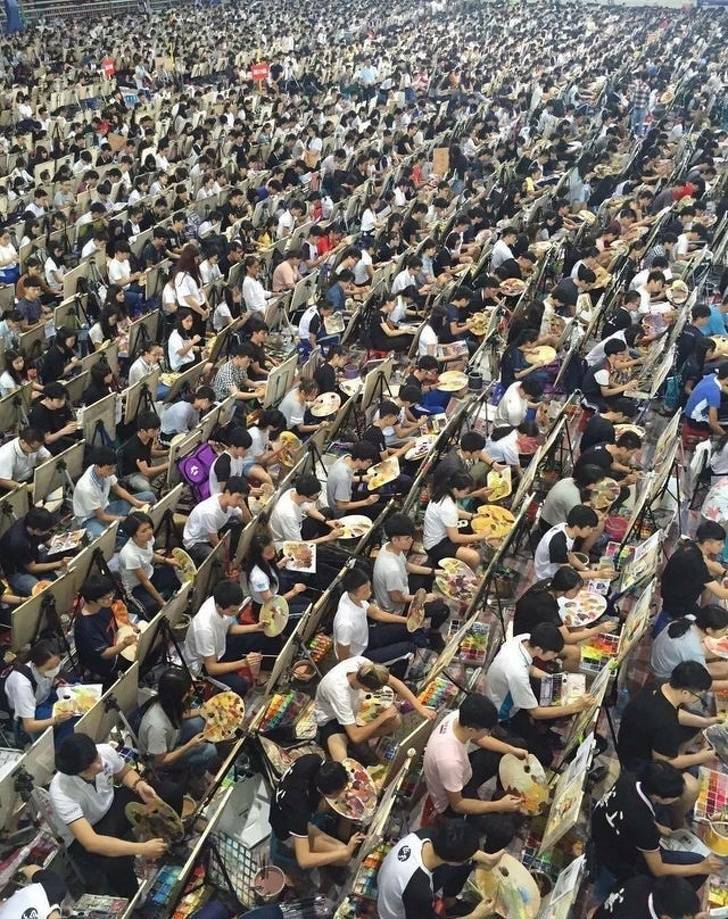 Nature in China is breathtaking. This is Zhangjiajie National Forest Park, also called Avatar mountains. It’s hard to believe this is planet Earth. 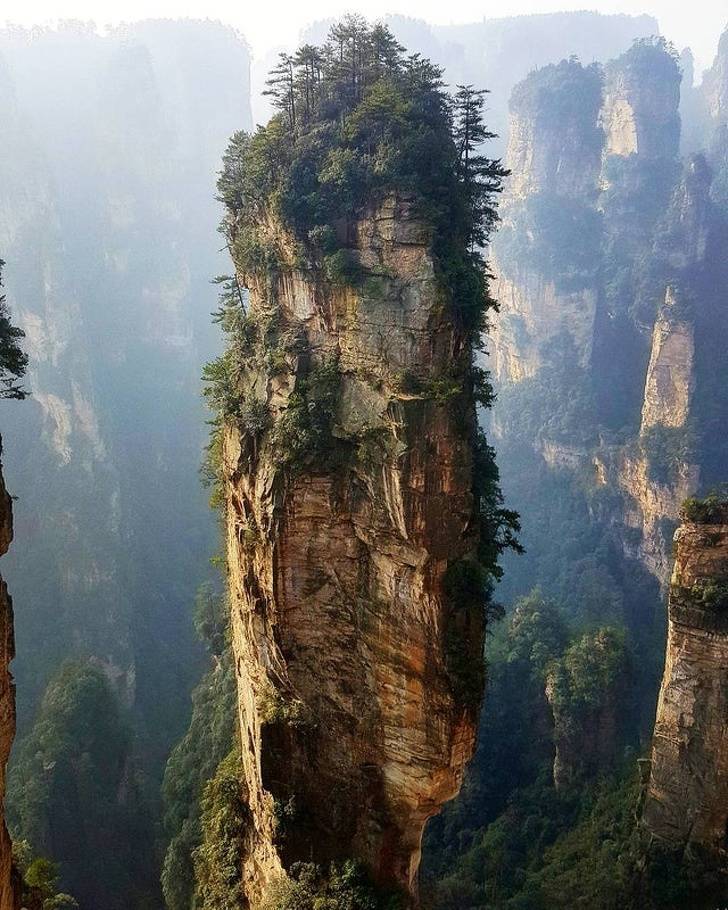 Most of the Great Wall of China doesn’t look like the pictures from the guidebooks. 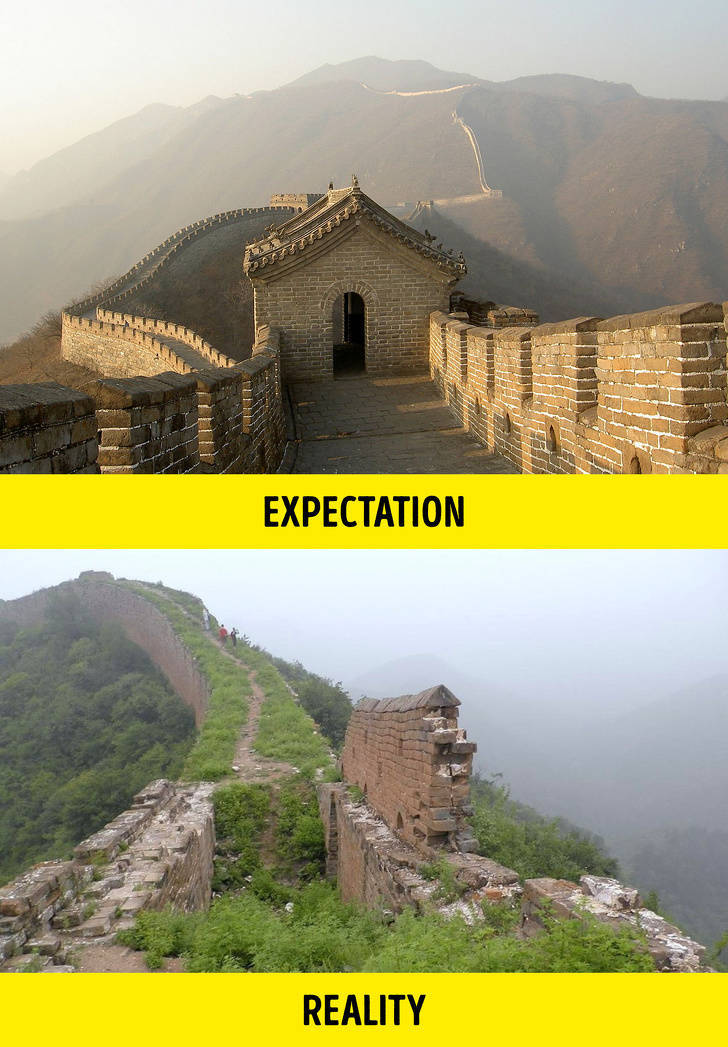 Pandas are considered a national treasure because these cute animals are exclusive to China. 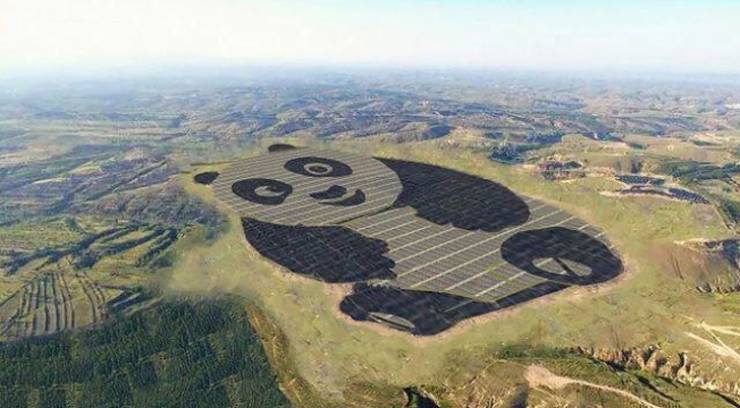 There’s a solar farm in China shaped like a panda. 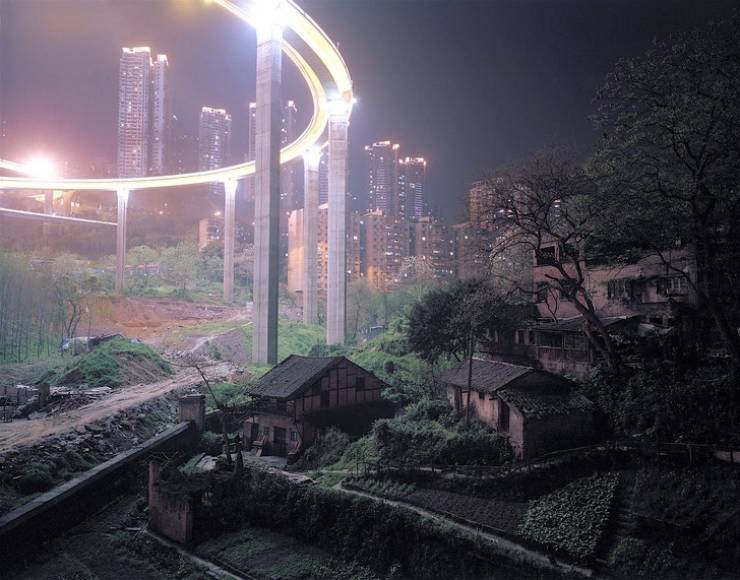 You can come across some amazing buildings in China which most westerners have never seen. This is Guangzhou Yuan, the highest round building in the world. 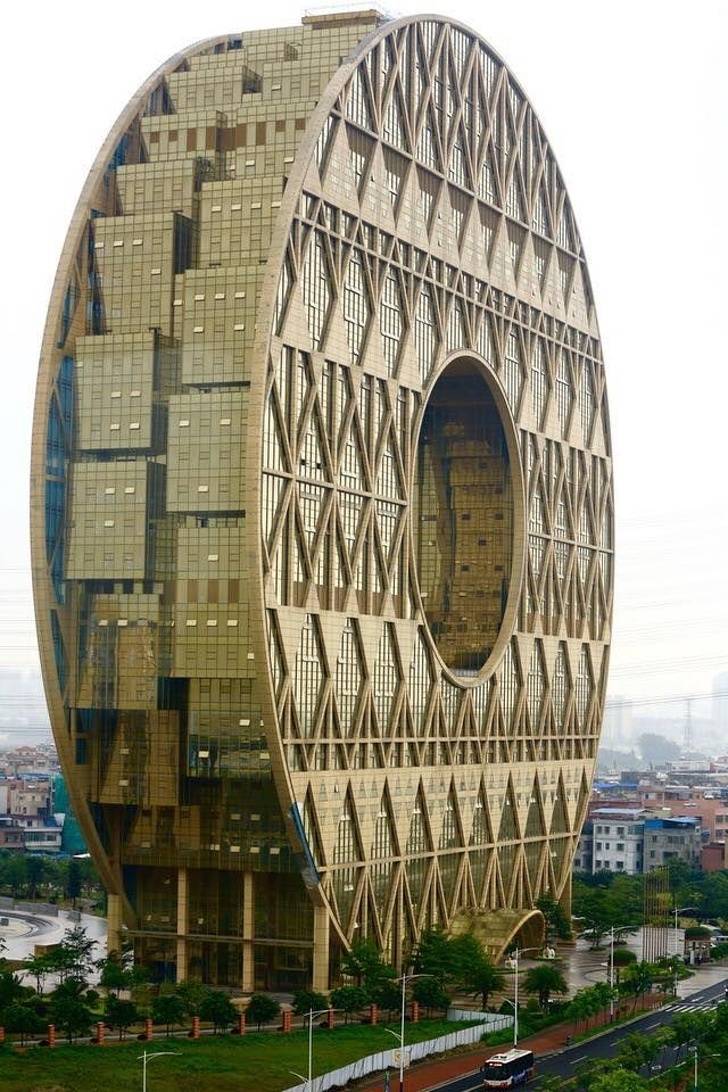 Some subway stations are very deep. For example, it takes about 2.5 minutes to go down to the station in Chongqing. 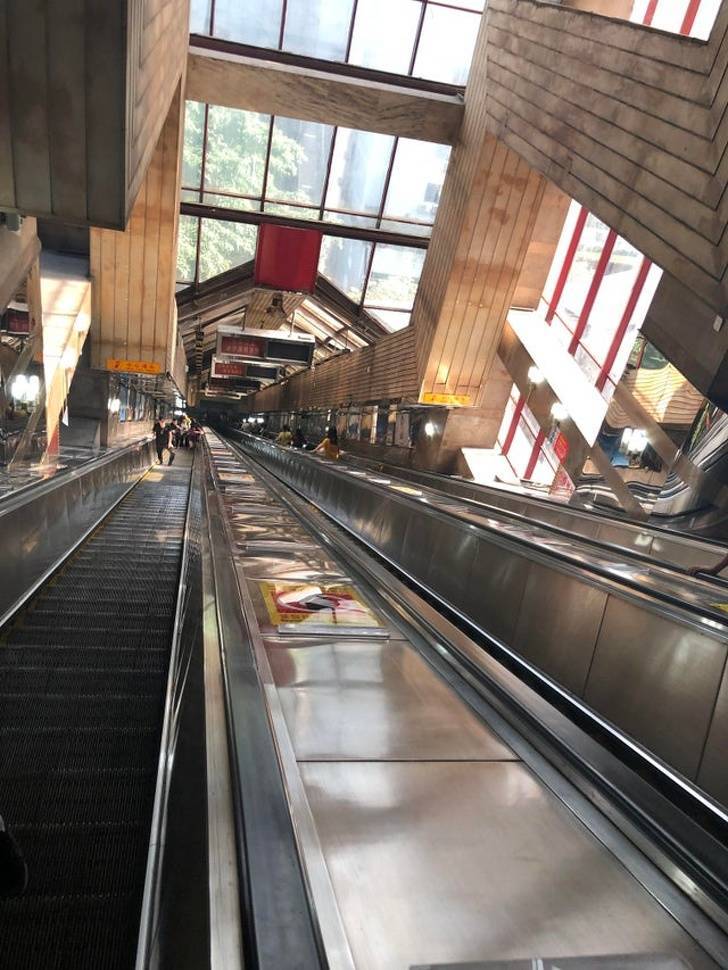 Many homes don’t have central heating. In the winter, the temperature inside the house may drop to 10-12°С. Locals often don’t take their outerwear off at home and sometimes use space heaters. 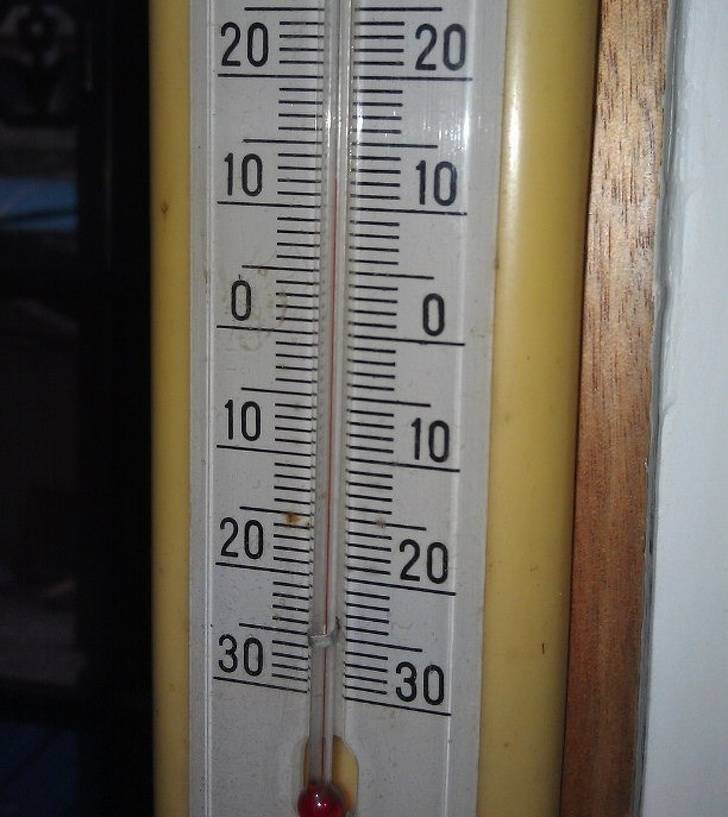 “This is the temperature in our Nanchang apartment in January.”

There’s not even central heating in schools. 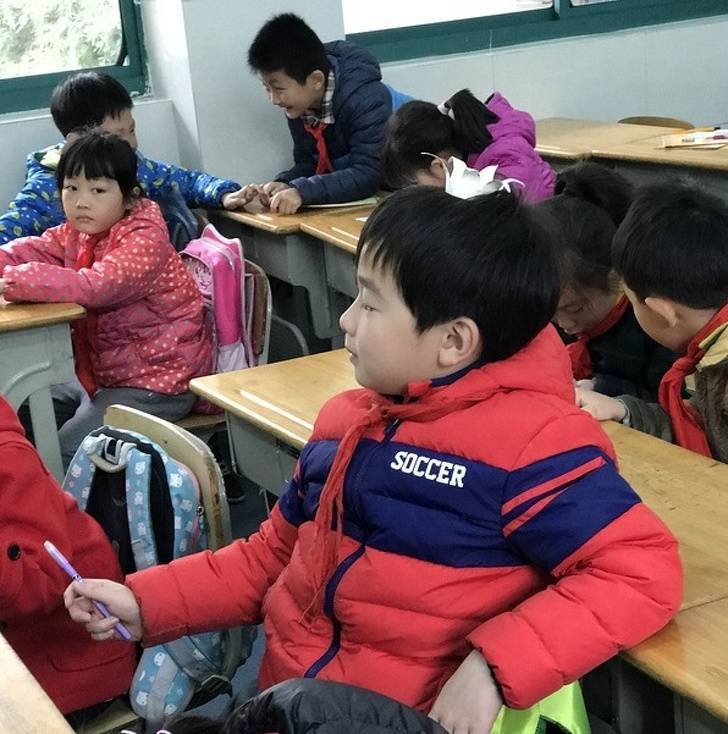 “In the school where I work, children and teachers don’t take off their coats inside the school and it’s considered completely normal. Sometimes I even teach while wearing my hat and mittens, because it’s only 16°C in the classroom.”

Chinese people upgraded instant noodles and made them even more convenient. 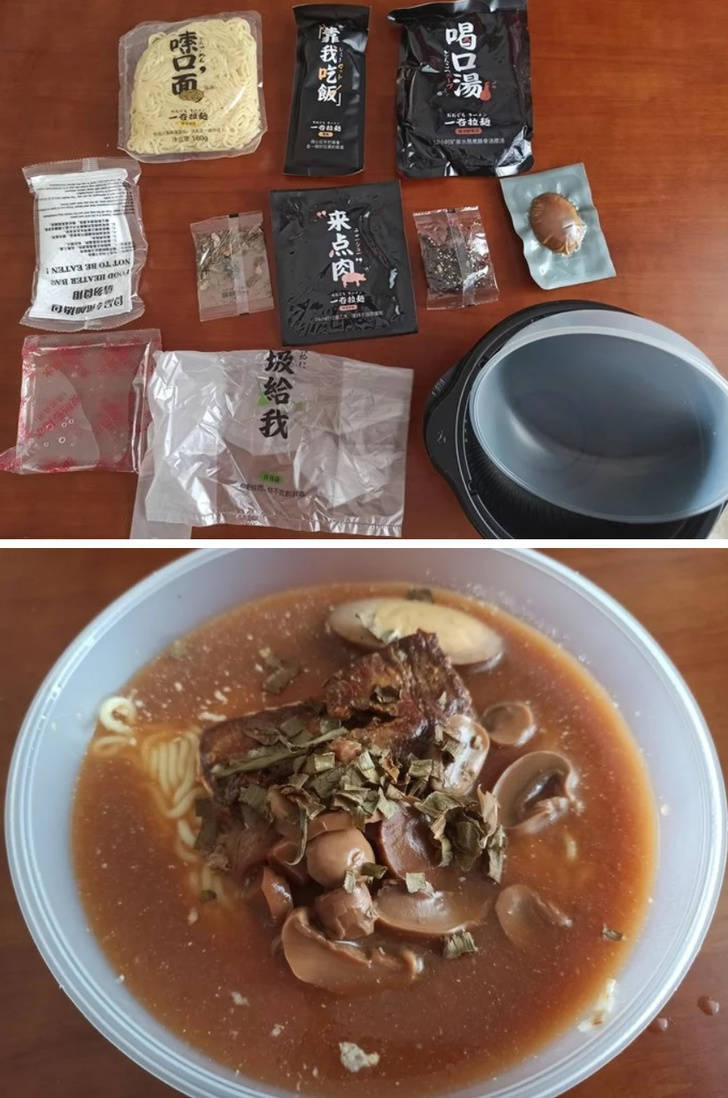 “I decided to buy local instant noodles. The set included the noodles themselves, broth with mushrooms, onions, meat, seaweed, an egg, water, a special powder that causes a chemical reaction and heats the water up to 90°С, and the dining utensils.”

People may not understand you if you order a separate dish just for yourself at a restaurant. All dishes have to be placed on the moving part of the table so that every guest can move it in the required direction. 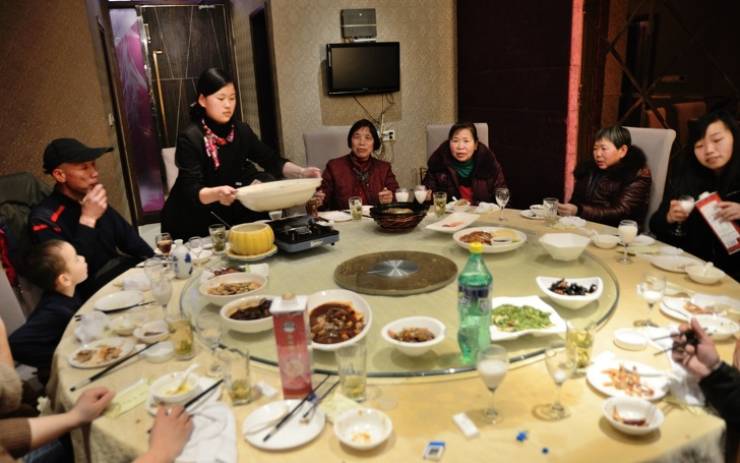 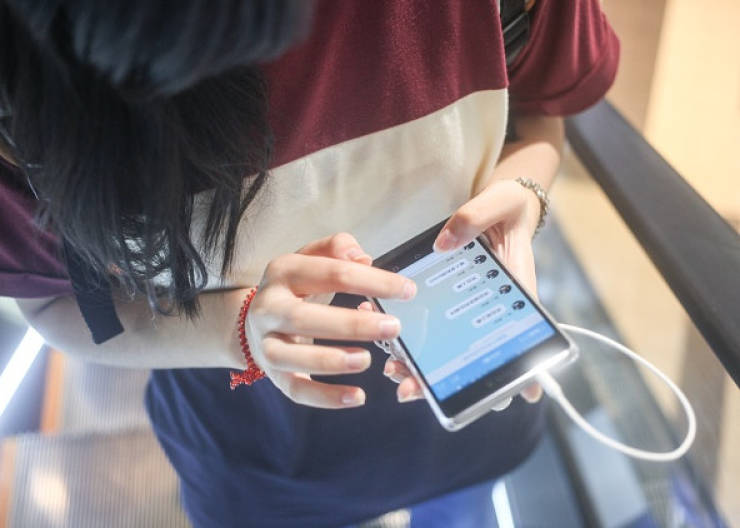 Boys and girls at the local clubs put flashlights in their mouths. They do it to look pretty and attract attention. 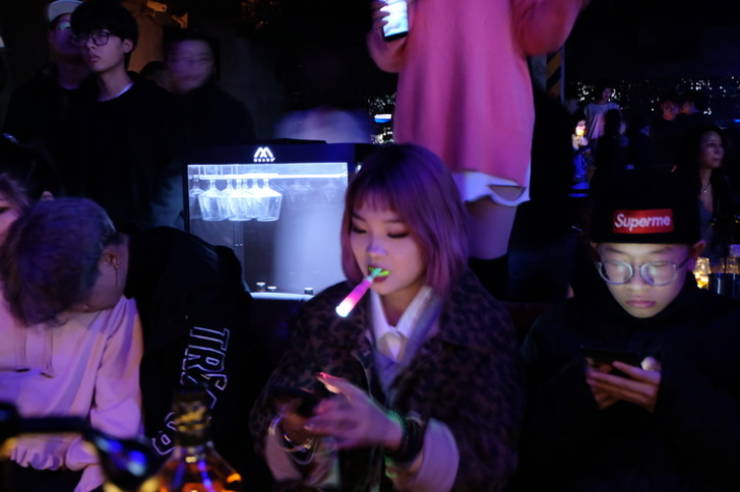 Night markets are very popular in China. What seems like an ordinary street with cars and pedestrians during the day, may turn into a market at night. You can get a tattoo, permanent makeup, and a manicure right on the street. Many beggars accept donations through the local WeChat payment system. This is Mr. Chen. He lives near the night market in Yiwu. It’s completely normal to take a nap during a workday. Chinese people believe that it boosts productivity. Some locals have frighteningly loud dialects. It seems like people are having a fight but, in reality, they’re just talking and they don’t think that their behavior is disturbing to others. The taste enhancer monosodium glutamate (MSG) is used as a seasoning there. Not a single dish is prepared without it. You can usually find it at the store right next to the sugar and salt. 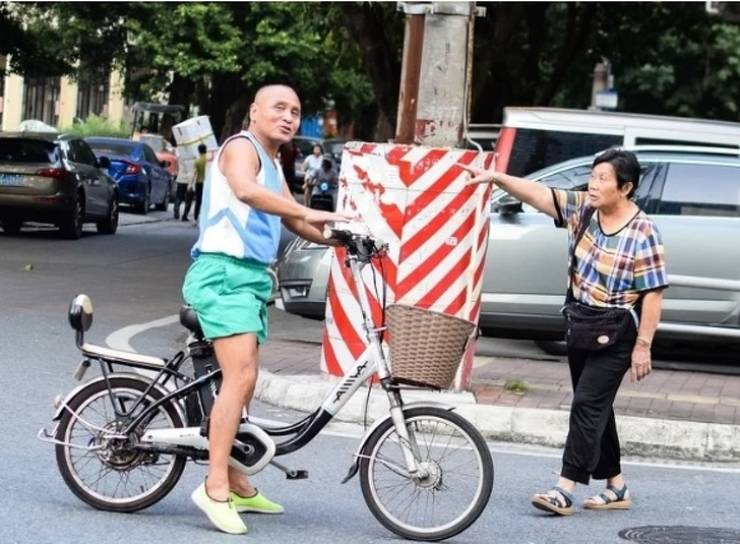 This is a traditional dish called hotpot. In the center of the table, there’s a stove with pots in which meat, seafood, mushrooms, vegetables, and noodles are cooked at the same time. 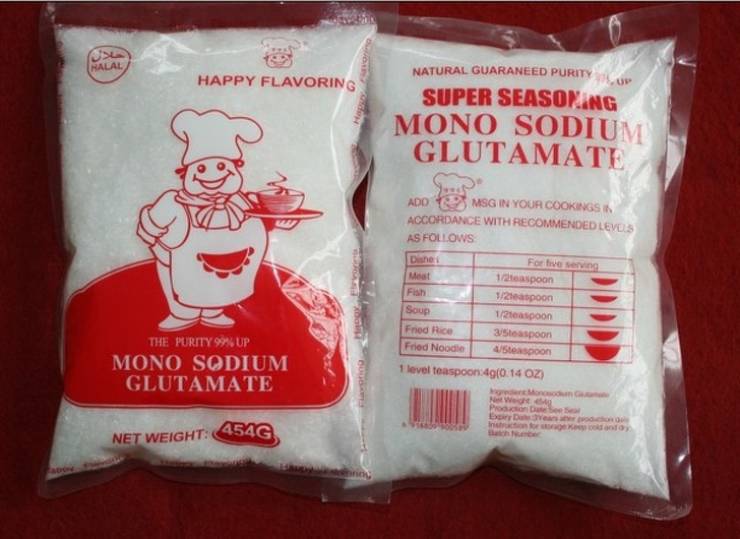 You can buy a ticket without a seat on every train, even if it takes a couple of days to get to the final destination. So passengers often just lie on the floor in the aisle. 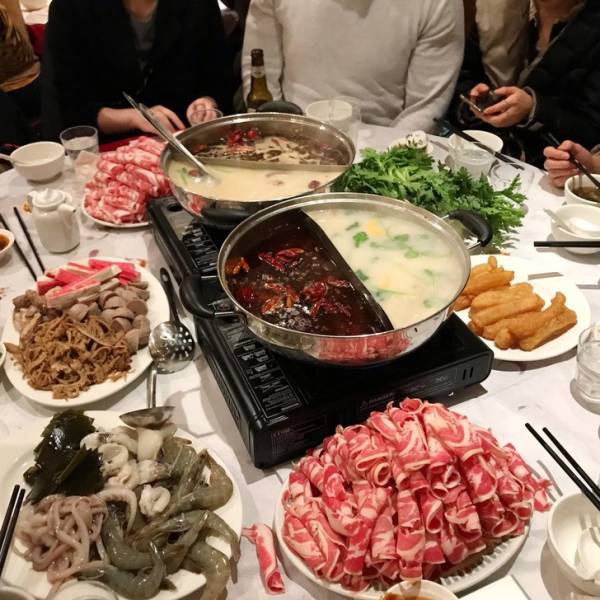 You can wear pajamas on the street and no one will care. 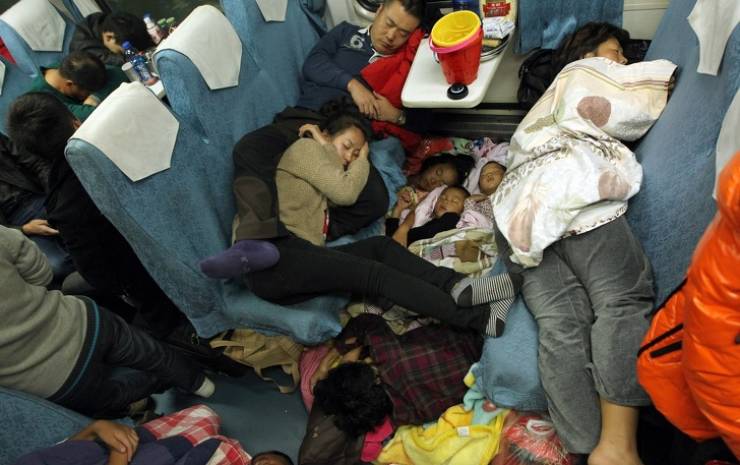 There are official traffic rules there, but no one follows them. Students, moms with children, and old ladies — all just run across 4-6 lane roads. 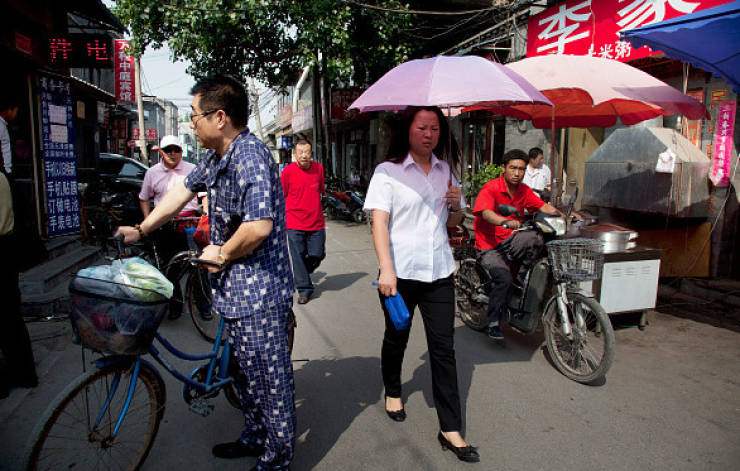 You will often see how parents hold a leash, with their child at the end of it, on the streets. 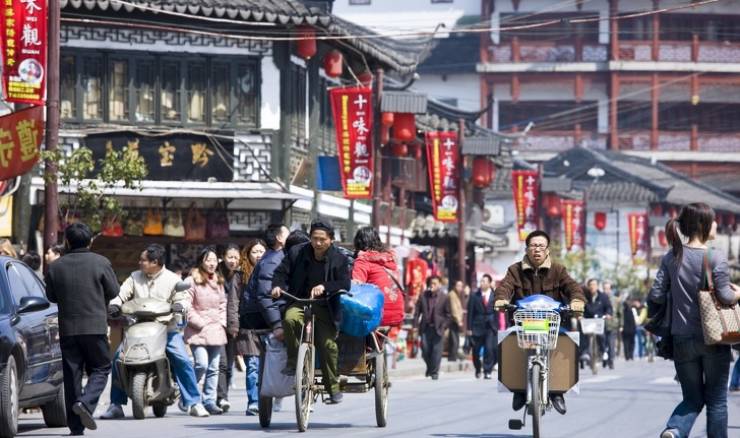 This is a safety precaution. About 200,000 children are kidnapped in China every year. 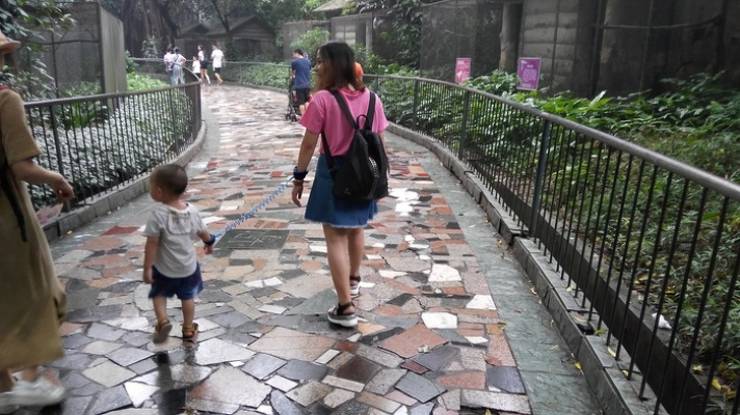 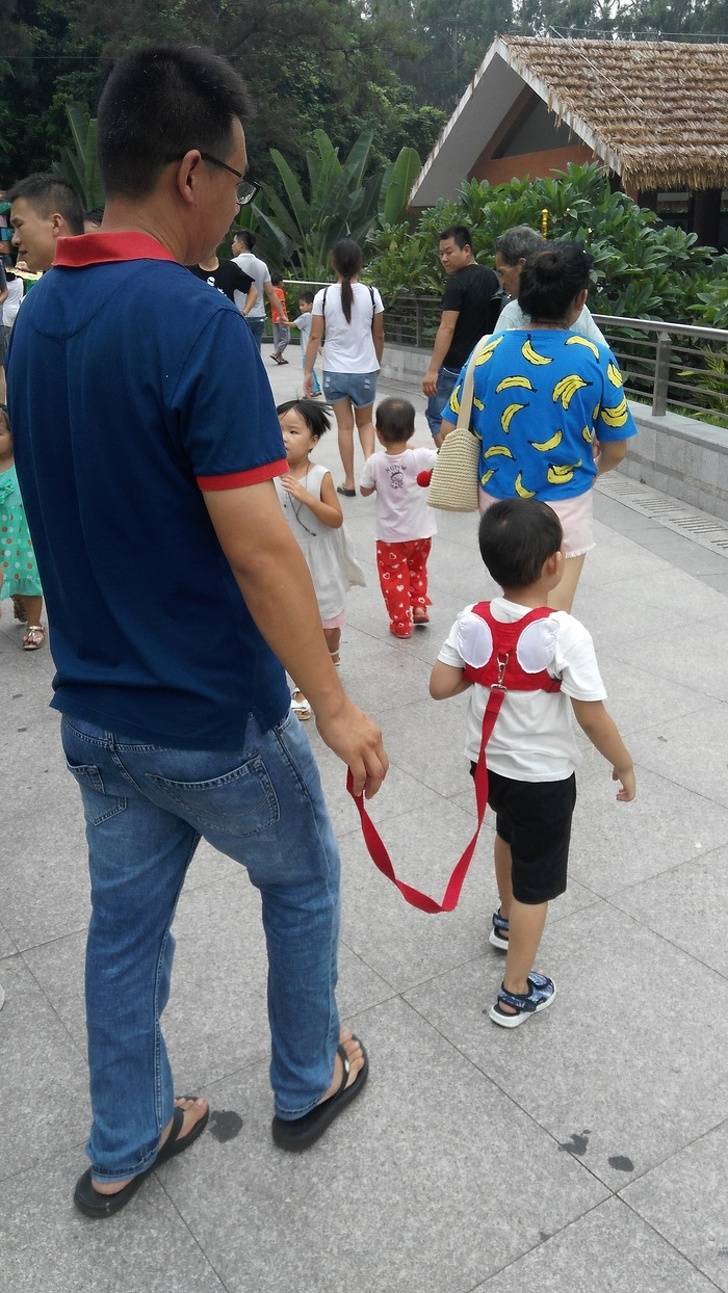