30 People Reveal Places They Can’t Go Back Ever Again

It happens to the best of us. You go to a place, something happens that involves you in some way, and you just kind of have to steer clear of that place for a while. Or forever.

Which brings us to these stories. Whether it’s just a social interaction that got too awkward or a spectacular fuck up, these folks aren’t going back to a particular place any time soon.

I’m at a coffee shop, have a glass of coffee in front of me, filled to the top. That shit is almost over flowing. I raise my hand to get the waitress’ attention because I want to order something else. I accidentally wack the shit out of the glass, this sends it flying across the room where it hits the waitress on the thigh and gets coffee fucking everywhere. felt bad, so I left and never went back.

In 1983 at age 17 I went into a pharmacy. I bought something and somehow I was given 50p too much change. I didn’t say anything and left. To this day I’ve still not gone back. I have felt guilty ever since.

A friend was getting married and asked me to make her wedding dress. We went to a fabric store to check out our options and get swatches. She asked to used the shop’s bathroom, A few minutes later, she walked out quickly and whispered to me ‘we need to get the fuck out here now’. Turns out she had explosive diarrhea and absolutely destroyed the bathroom. Neither of us have been back.

Went on a first date with this girl to a new restaurant in town. She proceeded to get sloppy drunk and made a huge scene. From the classic could not control the volume of her voice to insisting on trying to show me and some other gentleman nearby what kind of underwear she had on while loudly insisting that’s she’s a “good girl” though.

Decided to get a haircut whilst having a cold. Sneeze and farted at the same time. Never went back.

My girlfriend fist bumped the clerk when he was actually reaching to grab a paper we had just signed.

Anyway, we dont go to that Tire Kingdom anymore.

You know how in department stores when they have one of those display bathrooms they have that piece of plexiglass that goes across the toilet that says something along the lines of “Not a real toilet. Don’t be an idiot and pee in this”?

Those barriers didn’t exist in the 80’s when I was a young kid. Mom looked up and saw me with my panties off, holding my dress above my waist and sprinting for the toilet. She did not catch me in time.

The one night stand I ghosted two weeks before turned out to be my waitress on my date. Never went to Shenanigans again.

I was in a souvenir shop in London England, with all these knicknacks and whatnot. I bumped a shelf that had a bunch of models of Big Ben, and like 6 or 7 of them fell off the shelf and broke. I offered to pay for them, but the employees blew it off. I guess minimum wage workers don’t care enough about their actual company policy, thankfully. I was grateful, and now I will never return to that particular store.

I was with a group of friends in a very quiet store. We were slowly leaving one by one through the double glass doors. One of it was closed and the other stayed opened. I somehow thought the closed door was opened and vice versa, so I walked smack into the middle of the closed glass door.

My face was imprinted on it. (I guess my face was very oily.) My friends and the shop keeper came rushing to see if I was ok. Then all marvelled at my squashed face imprint. I left quickly…

Every time I walk past that shop I make sure I am looking down or at the other side in case the staff recognise my face.

Not a store but a mexican restaurant.

I went to use the bathroom, it was one of those single occupancy rooms with a locking door. Well the door wasn’t locked and due to what I can only describe as the worst timing ever I saw none other than my waiter’s dick.

I was kinda shocked so I looked up and we made eye contact for a second. I just went back to my table and didn’t say anything for the rest of the meal, even as my friends were asking what happened.

I eventually told them and it’s now one of my “classic” stories. But yeah, I can’t ever go back.

When I was a kid, my family went to a Pizzeria Uno and before the food came I went to inspect the plumbing.

They had those sinks where you press down on the knob and the water would flow, with the knob slowly raising back up before it would turn off after 20 seconds.

I used my fist and hit the top of the knob and the thing just popped off and a huge geyser of water was erupting nonstop. Me and another kid were in there, we looked at each other and just bolted from the bathroom.

I got back to my seat and just sat there silent. Then my mom went to use the bathroom, and when she came back she told us this story of how there was a pool in the bathroom hallway and the manager and an employee were in the men’s room slipping and sliding trying to shutoff the water.

My whole family was laughing at the story, but I just sat there silent. They asked me what’s wrong and I told them it was me that did it.

They never fail to mention it every time we drive past a Pizzeria Uno, even now 20 years later. I’ve never stepped foot in one since then. 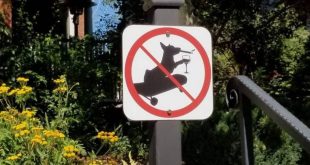 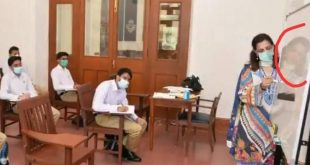 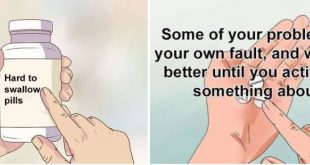