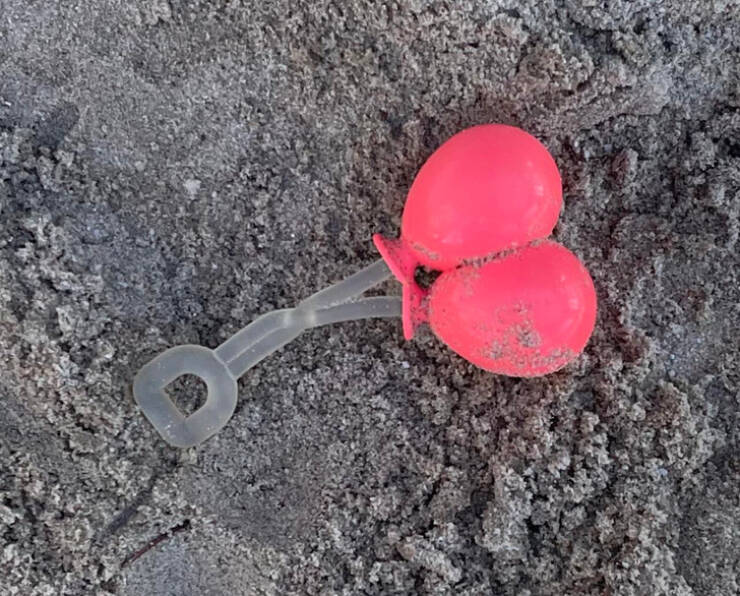 Answer: “It’s a Lego part. It is a pair of balloons held by a Lego figure.”

“A thumb protector possibly, but for what? Found it at a yard sale.” 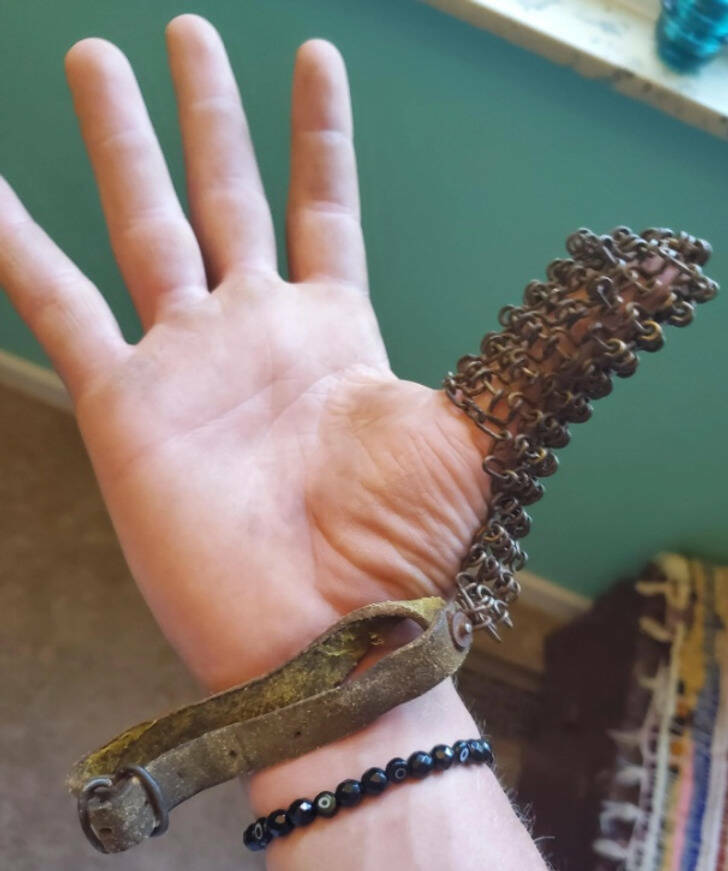 “Found 4 of these capsules filled with what appears to be metal shavings?” 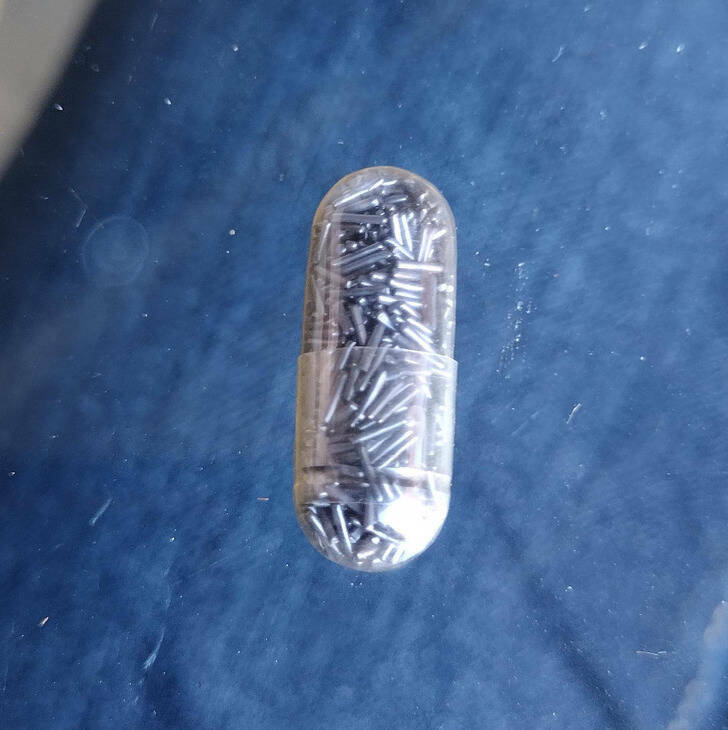 “At an Airbnb in a beach town on the east coast in the US. The kitchen island has these ’indents’ with a handle?” 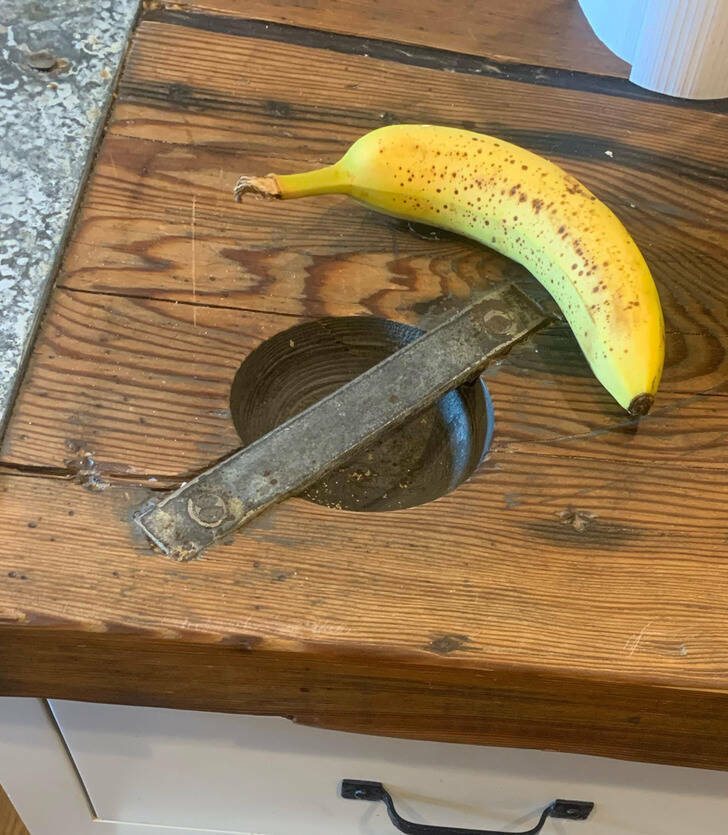 Answer: “It was part of a hatch door on a barn or a ship.” 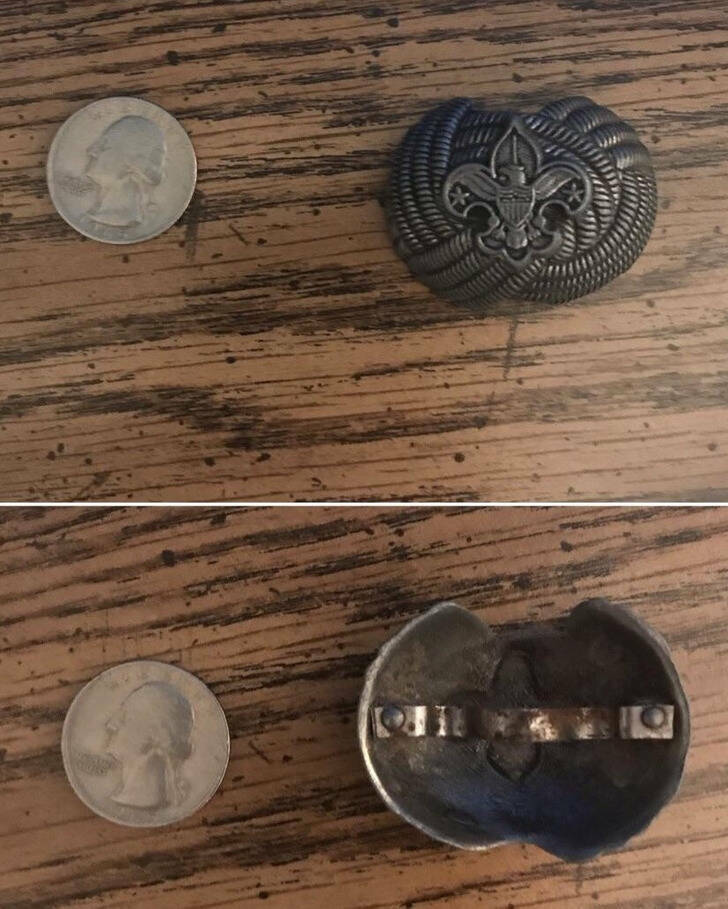 “Found in the woods in Germany hanging from a tree/bush.” 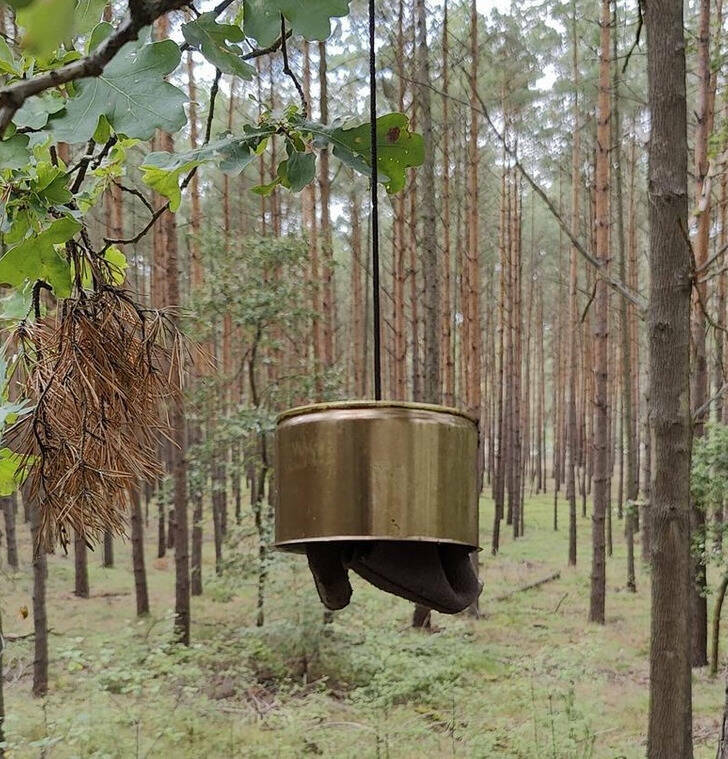 Answer: “Is hunting allowed? Could be for scent lure.”

“2 cars parked on a street, both seem to have T-shirts (or some sort of material) over their wing mirrors, but just on the side facing the road.” 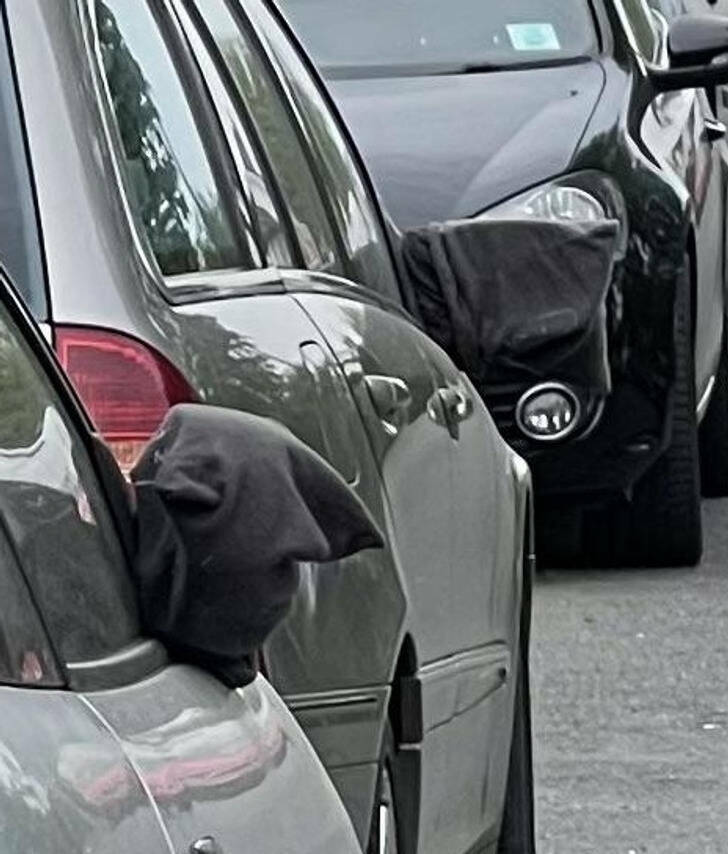 Answer: “It’s to keep birds from attacking the mirrors.”

“Hundreds of stainless steel pipes near a damn” 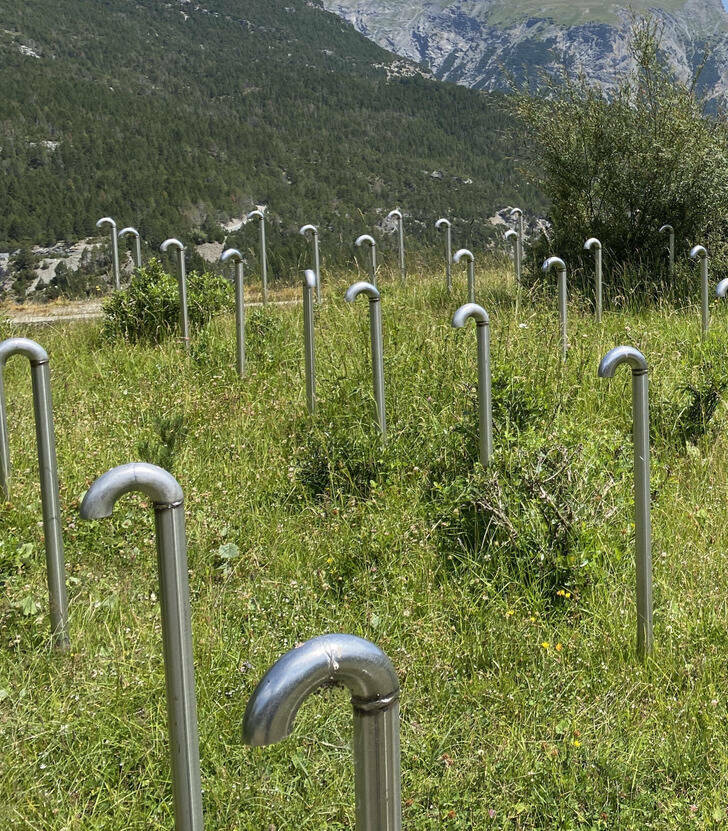 Answer: “They’re breather pipes for a landfill site. Lets out the gasses from decomposing waste buried there.”

“These strange dust patterns keep showing up on screens of my apartment windows.” 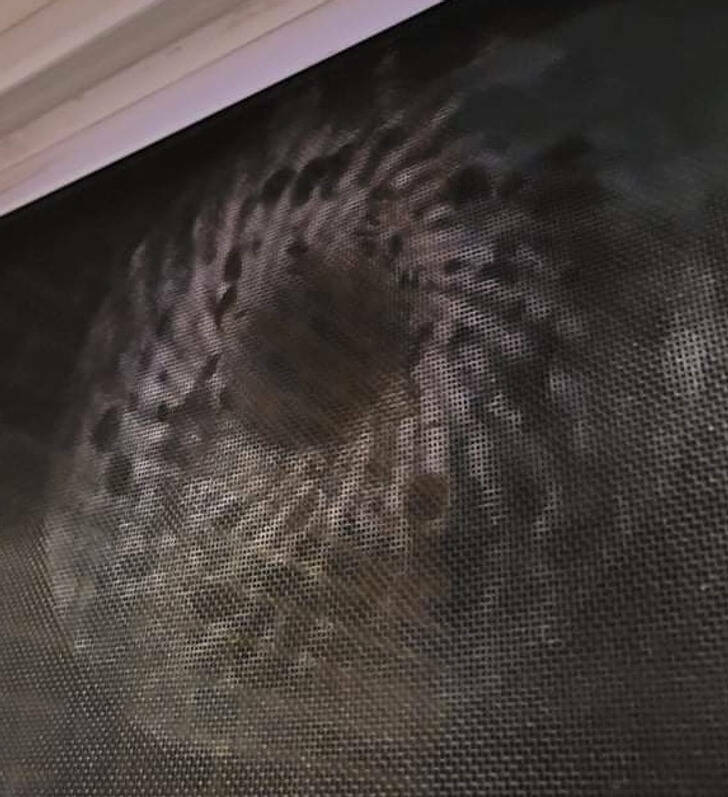 Answer: “The previous tenant smoked with a fan in the window.”

“These little specs on my bed — every time I dust them off, they reappear within 2 hours and I have no idea how.” 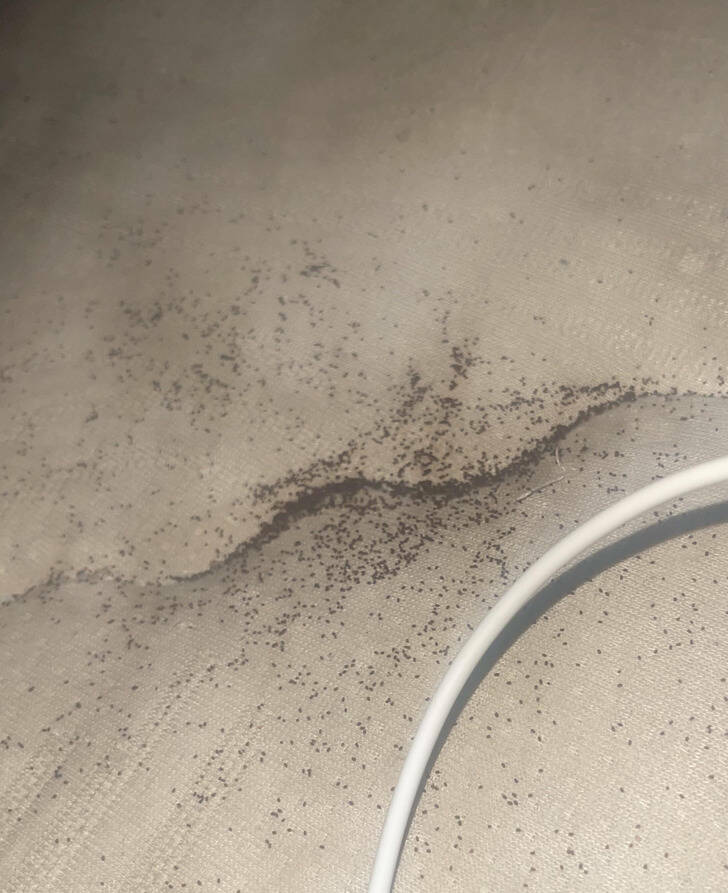 Answer: “This is 100% termite droppings. Somewhere above (your bed) I’m sure you’ll find a small dot-sized hole in the ceiling.”

“Found in my math teacher’s room — 100 squares with varying patterns and colors. No patterns seem to be the same.” 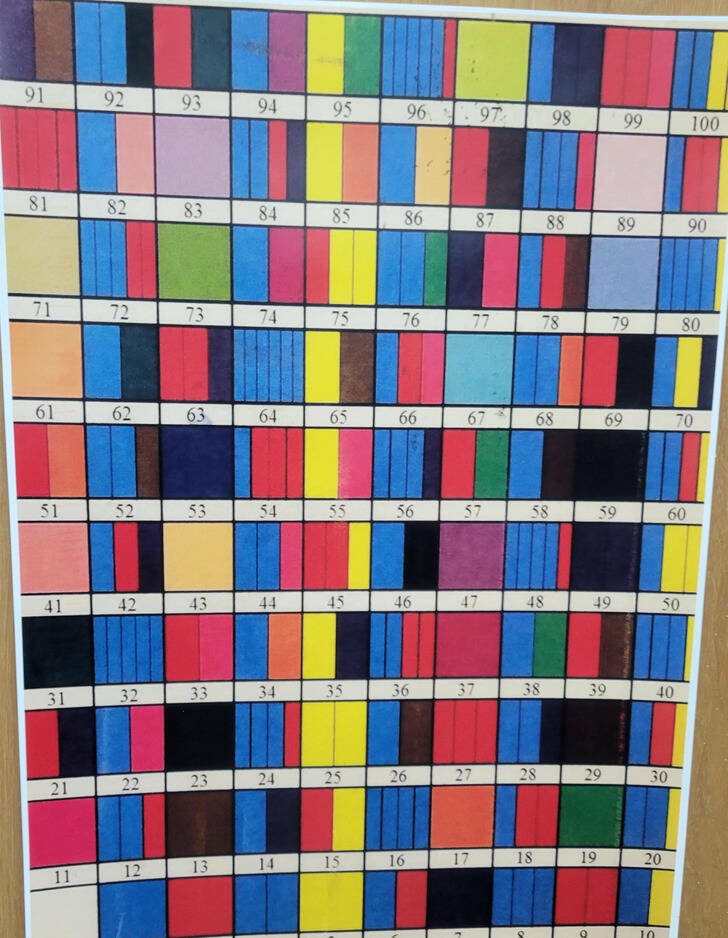 Answer: “It’s a prime factorization chart and a demonstration of The Sieve of Eratosthenes. Note that primes are of solid distinct color.” 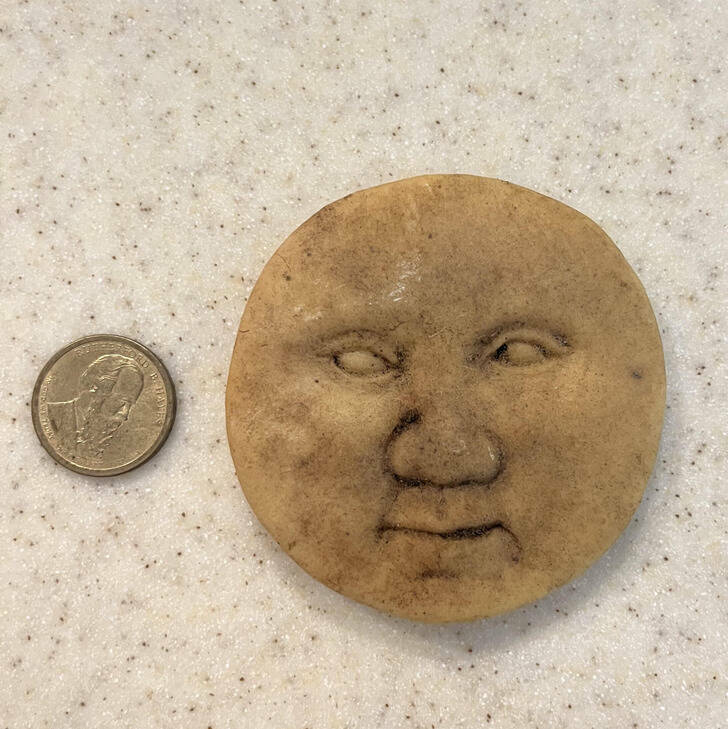 “This was in my band-aid wrapper instead of a band-aid. Almost rubbery.” 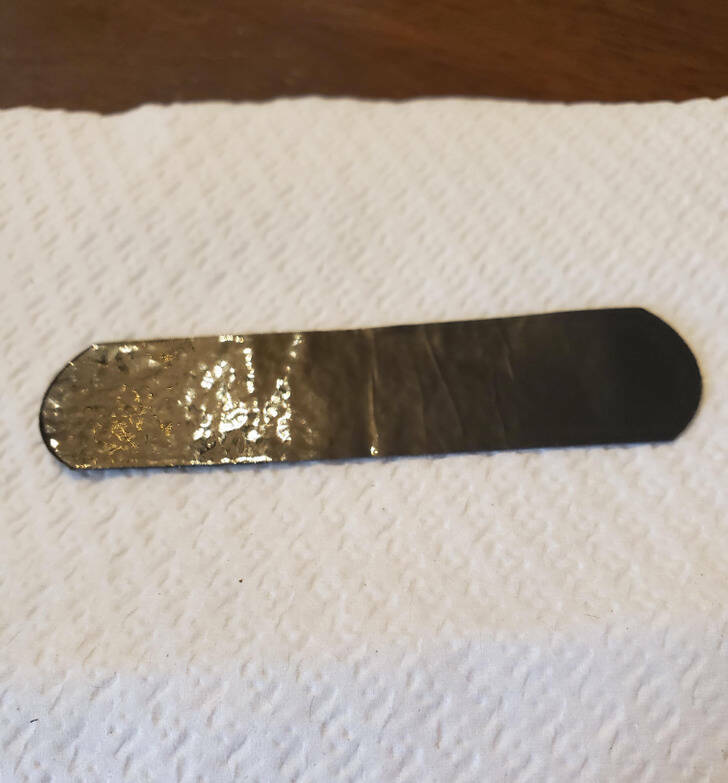 Answer: “Looks like a manufacturing error where that may be the start or end of a production run.”

“What is this house in the middle of the ocean?” 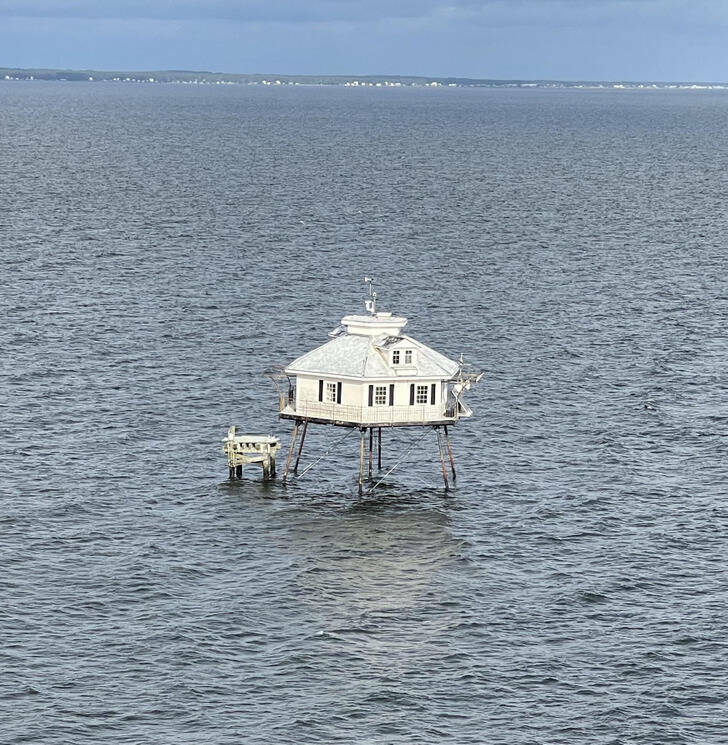 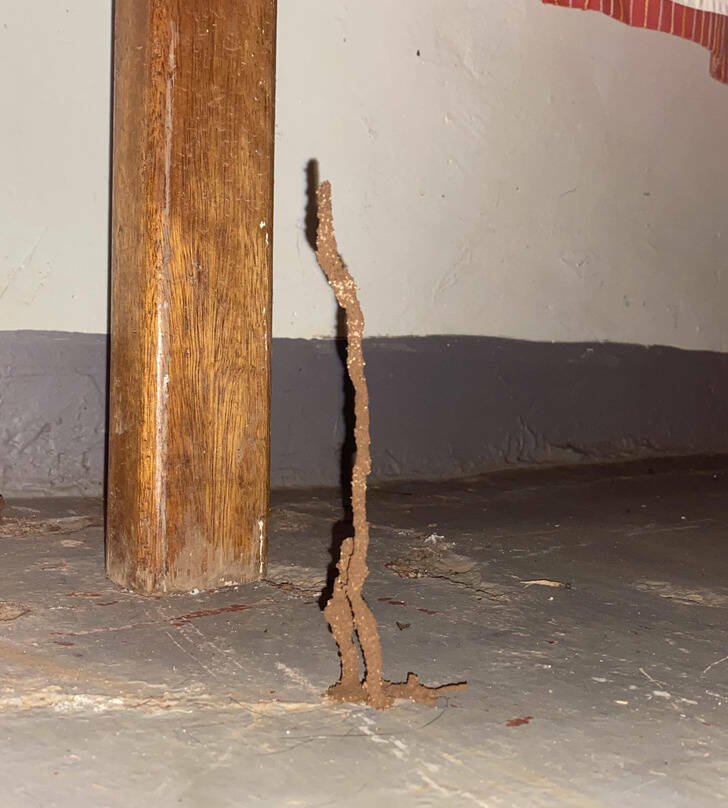