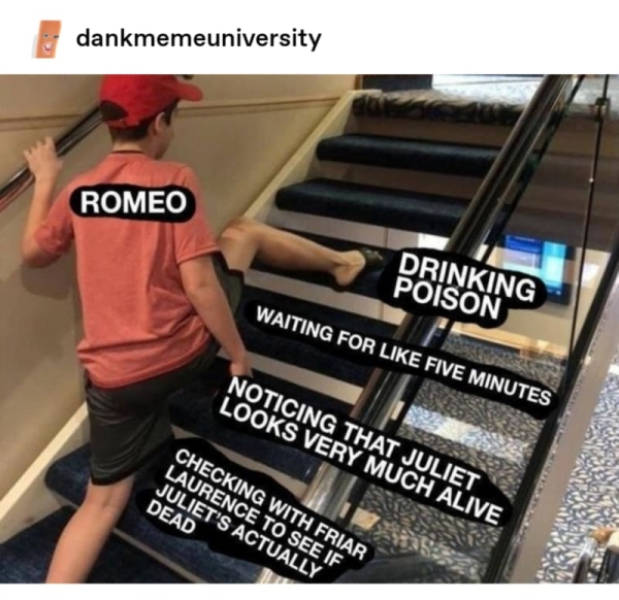 “Too many good Oedipus jokes:” 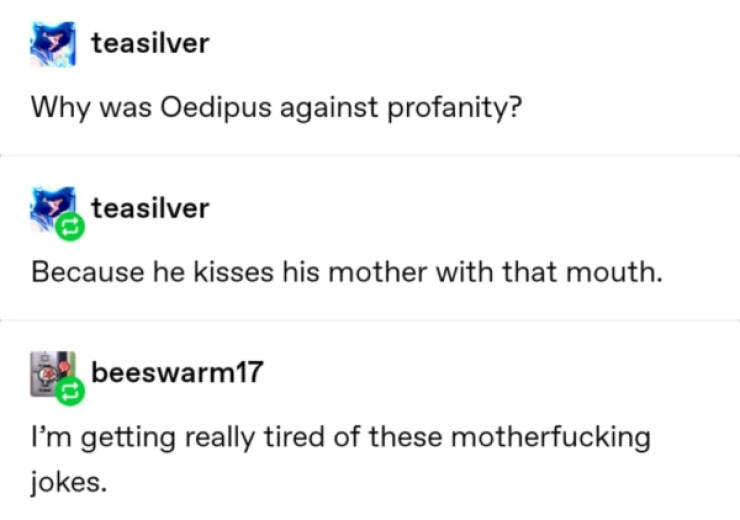 “An example of when a question can have multiple right answers:” 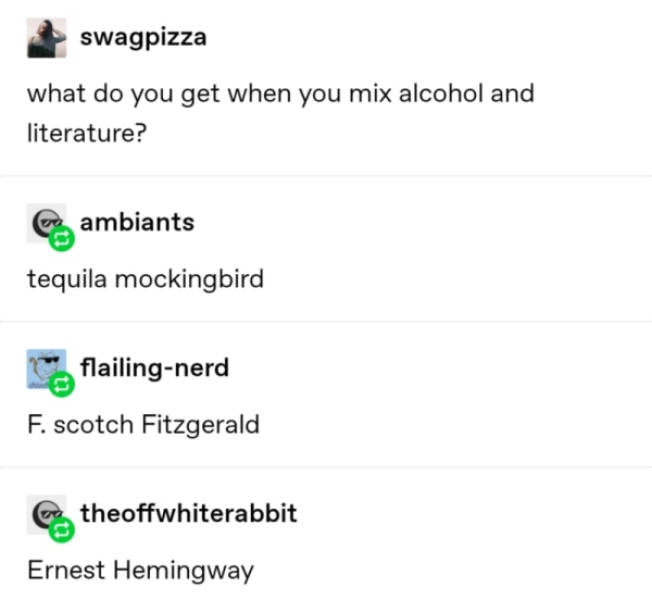 “A modern version of The Great Gatsby:” 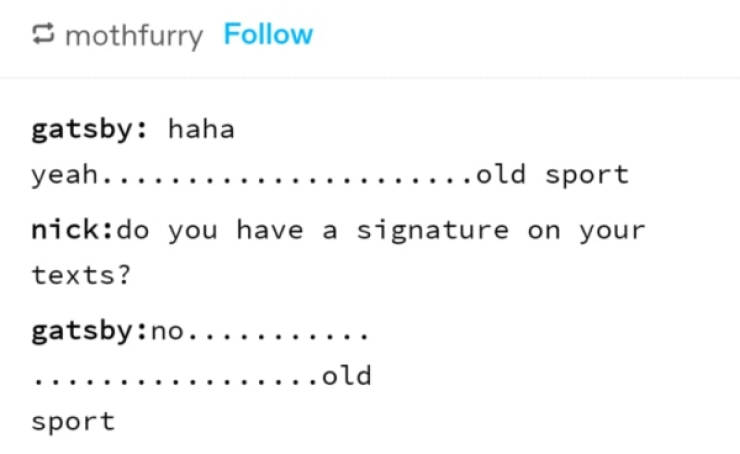 “A version of The Iliad where Achilles has an Instagram:”

“A really accurate analysis of a scene in Macbeth:” 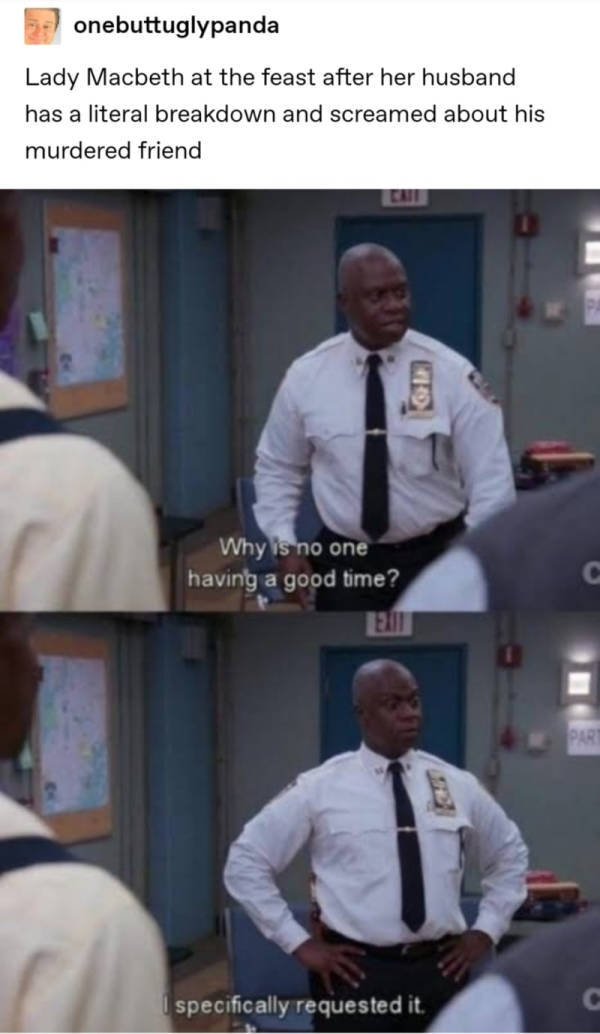 “A scene we all wished happened in the Sherlock Holmes books:” 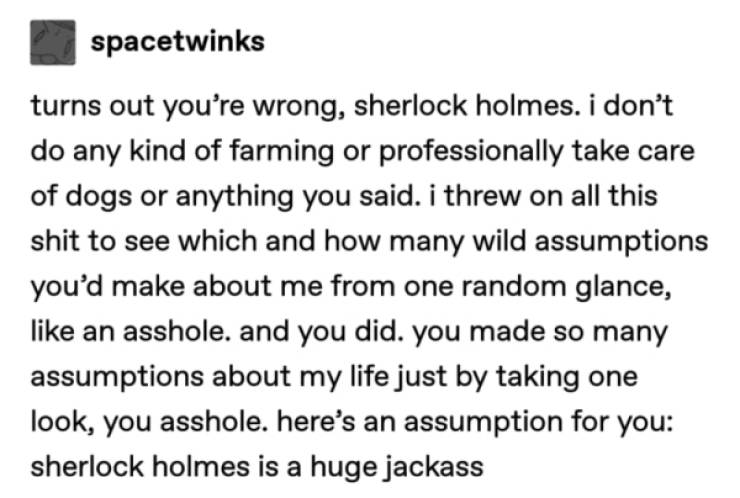 “A reminder that Shakespeare loved to name characters Antonio:” 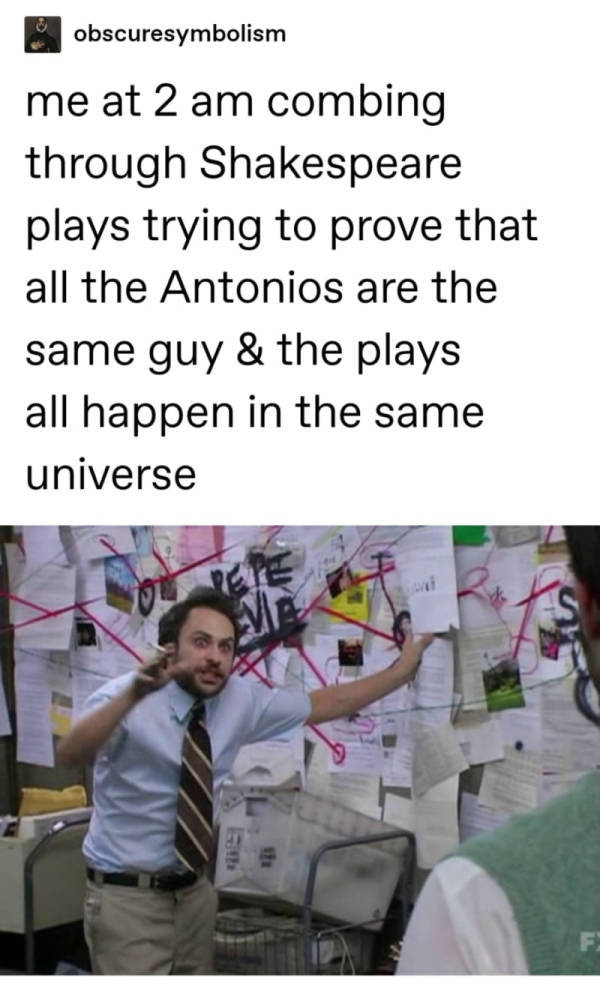 “A life lesson we all should have learned from Romeo and Juliet:” 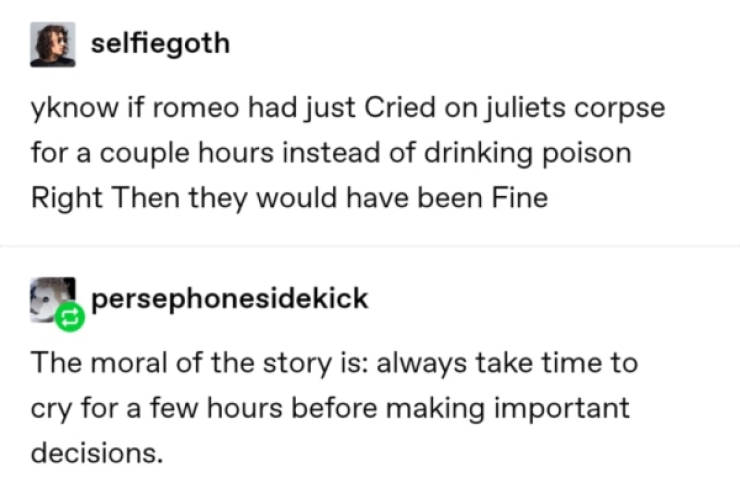 “A joke that I’m surprised wasn’t actually in Hamlet:”

“A true statement about the works of Lord Byron and Percy Shelley:”

“A Pride and Prejudice book club scenario that I hope actually happened:” 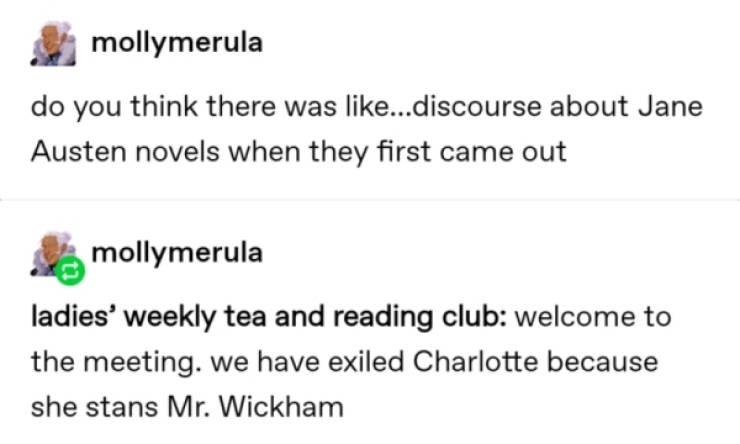 “Some little-known information from Frankenstein:” 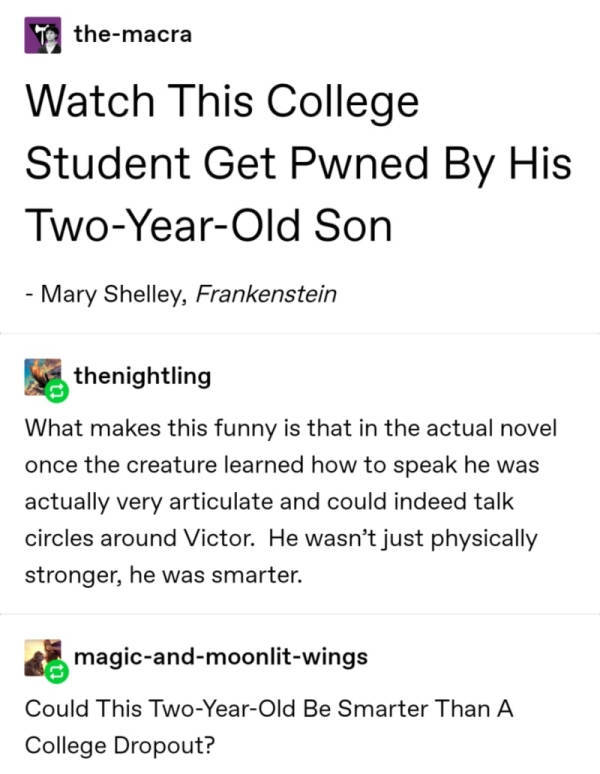 “A summary of why Hermione is the smartest character in the Harry Potter books:”

“A short essay on the moral of The Odyssey:” 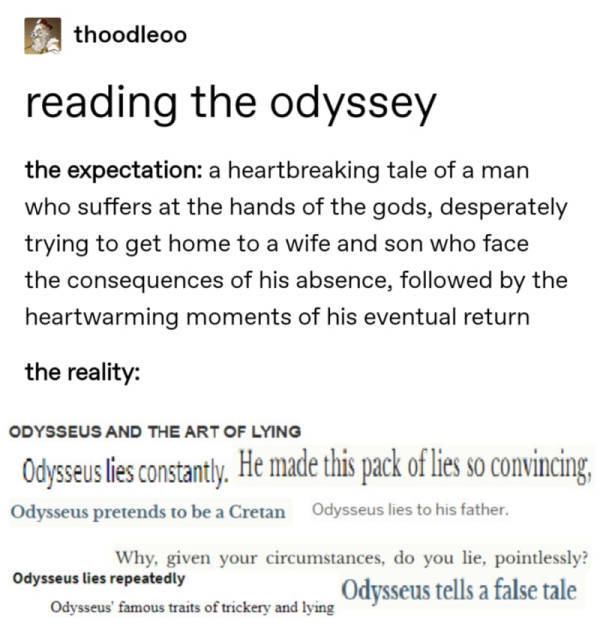 “A reminder that Dorian from The Picture of Dorian Gray was THAT guy:” 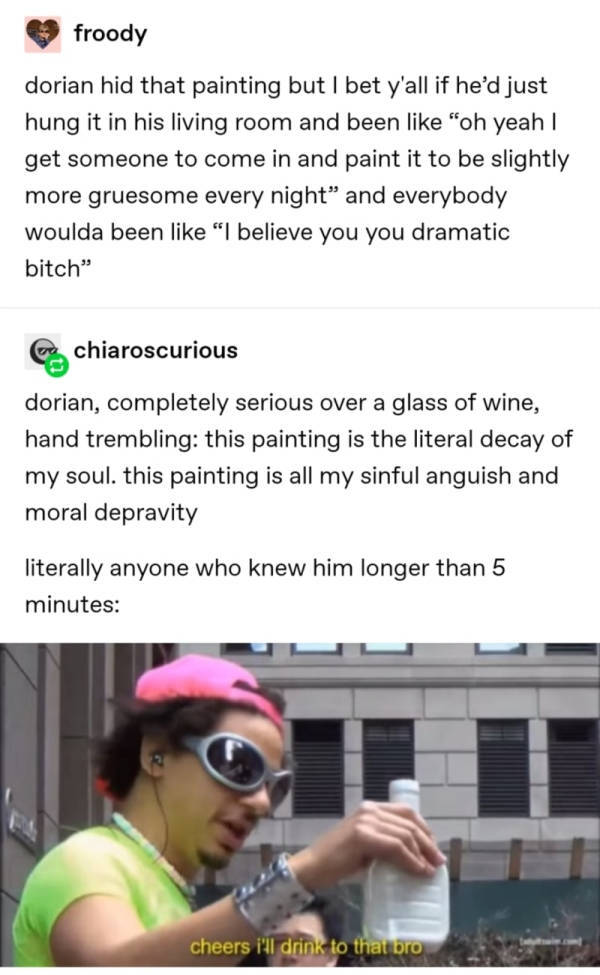 “A pretty good reimagining of this short story:” “An environmentally friendly interpretation of Frankenstein:” 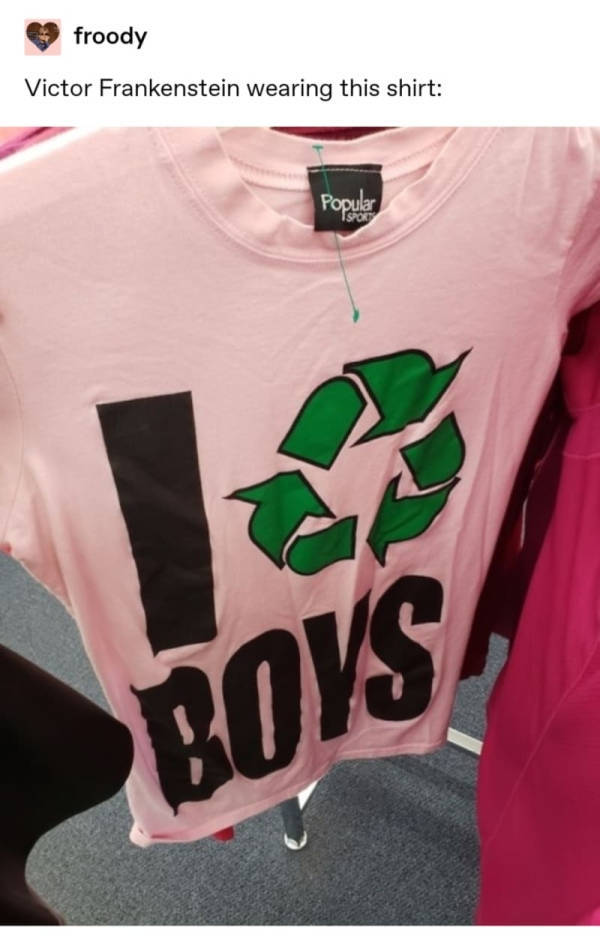 “A rejection of gender norms in favor of living out Moby Dick:”

“A horrifying modern version of The Picture of Dorian Gray:” 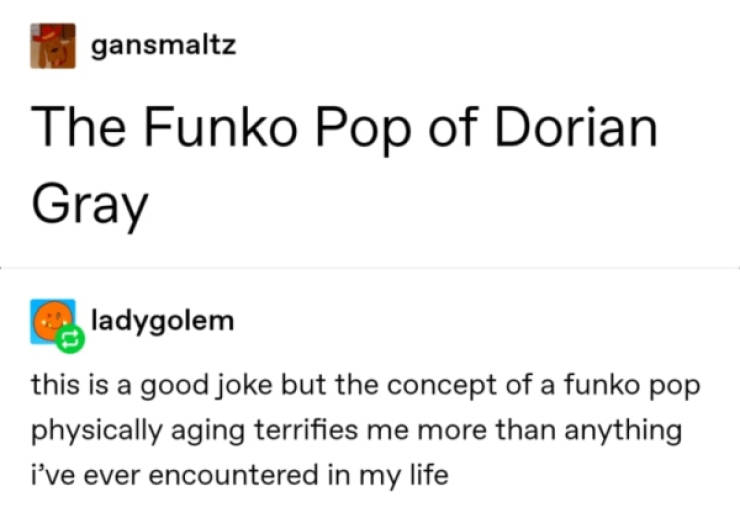 “A very real interpretation of the moral Hamlet:”

“A short history lesson on J.R.R. Tolkien and C.S. Lewis that actually explains a lot about The Lord of the Rings and The Chronicles of Narnia:”

“An Edgar Allan Poe joke that will make you look at Gordon Ramsay differently:” 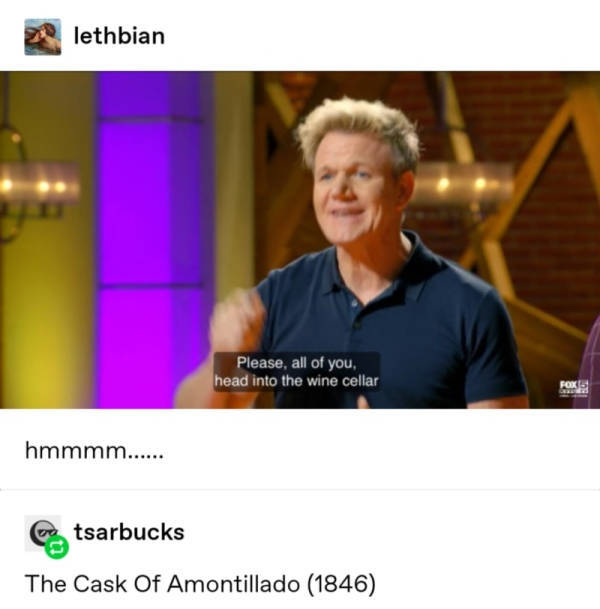 “A comparison of the protagonists of The Odyssey and The Iliad:”

“A summary of Shakespeare’s greats:” 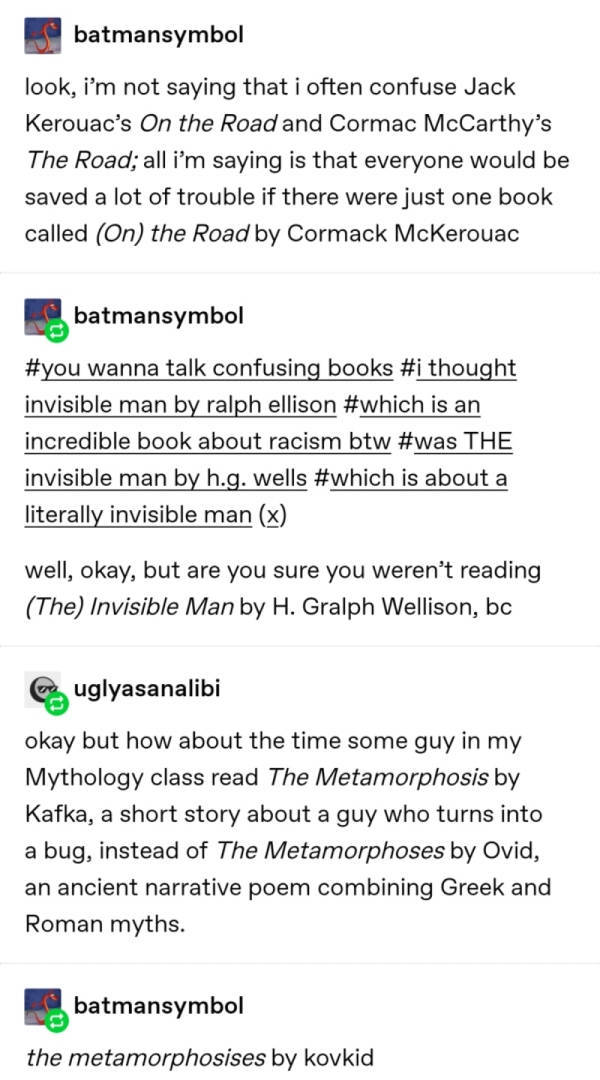 “An argument for Amy from Gone Girl being your new inspo:”