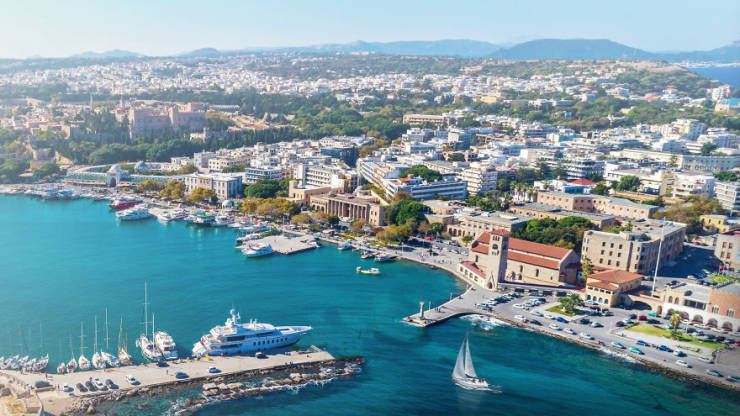 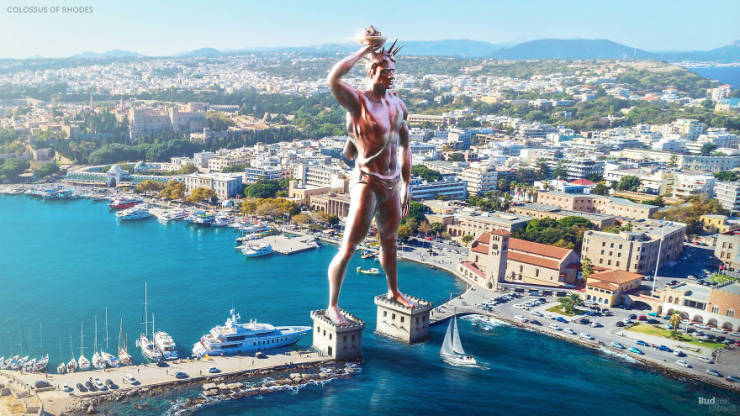 The Colossus was a 104ft tall triumphal statue of Greek sun god Helios built over Mandraki Harbour in Rhodes on 49ft marble pedestals allowing ships to pass between his legs. As if this wasn’t statement enough to mark the victory over Demetrius Poliorcetes’ long siege of Rhodes, the Rhodians built the statue from the melted-down remains of the recently-defeated Cypriot army’s arsenal. The Colossus, a symbol of unity, was sculpted during twelve years beginning in 304 BC by Chares of Lindos. Unfortunately, despite the gigantic size, the marvel couldn’t withstand a powerful earthquake a mere 56 years later. The statue remained in decline for almost a millennium until after the invasion of Arabs, when it was melted down by the Muslim caliph Muawiyah and sold for the scrap. 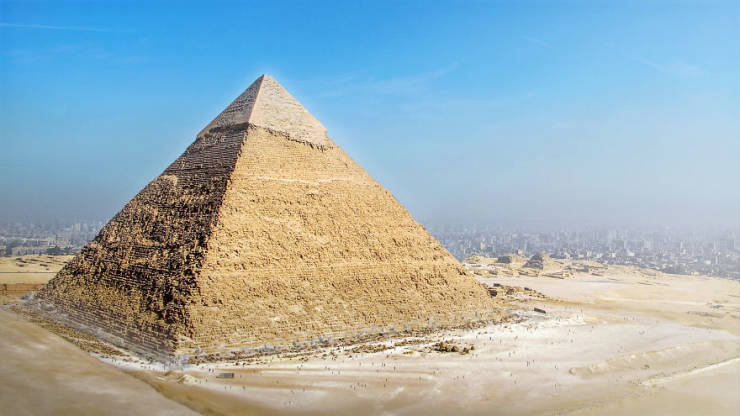 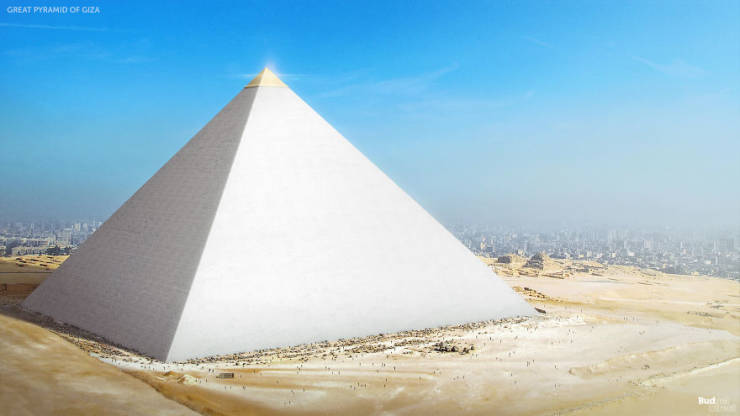 These days, a ‘new tallest building’ appears almost every month, and it doesn’t impress anyone, but it took modern man until the 19th century to build a taller building than the Great Pyramid of Giza which held the record of being world’s tallest man-made structure for more than four thousand years. The 481ft-tall pyramid was built on 13 acres as a tomb for the Egyptian pharaoh Khufu in 2560 BCE. It was discovered that up to 100,000 skilled Egyptians stayed at the temporary city while building pyramids, and this largest and most impressive construction of 2.3 million stone blocks weighing between 2.5-15 tons is the only ancient wonder left to admire for modern-day tourists. 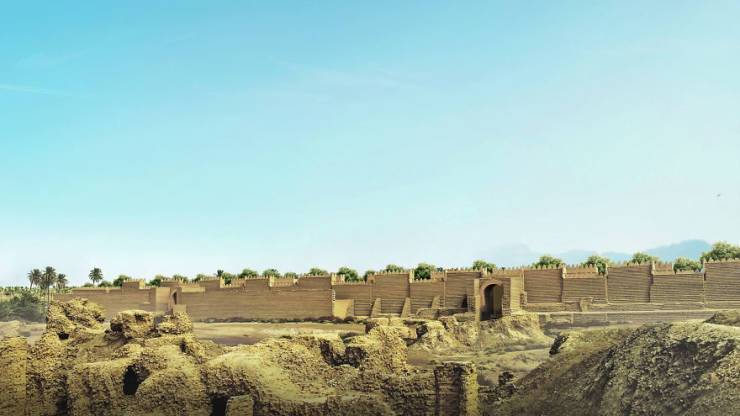 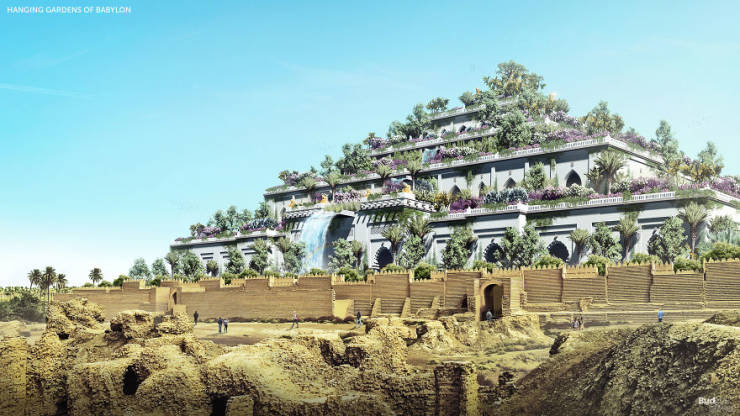 There’s some speculation over whether this list’s entry existed in real life or just in a writer’s imagination. It certainly would’ve been a challenge to build – with its epic 65ft high terraces and complex machinery, it seems like an engineering masterpiece. Legend has it, that The Hanging Gardens of Babylon were built near the Euphrates River in modern-day Iraq as a gift from Babylonian King Nebuchadnezzar to his wife, Amytis, who was homesick for the verdant mountains of the Median Empire. Whether a fairytale or true story – the gardens looked like a green paradise on Earth. 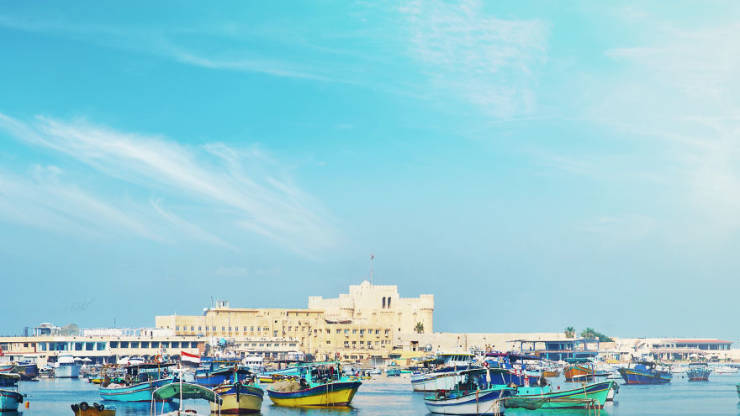 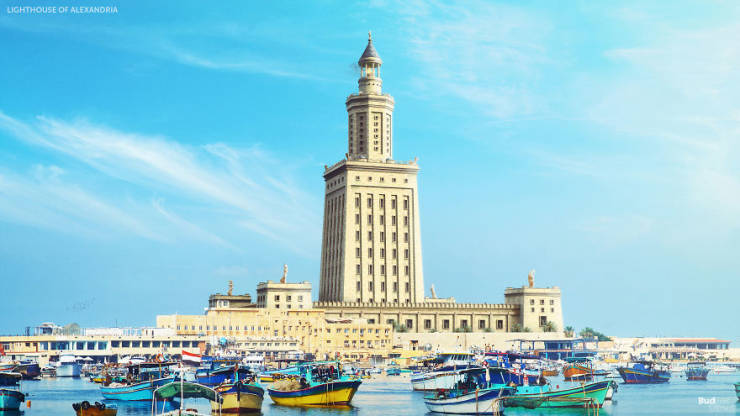 The lighthouse that set the bar for all future lighthouses, the monumental Lighthouse of Alexandria, commissioned by Ptolemy I and built in 300 – 280 BCE by Sostratus of Cnidus, is believed to be the first lighthouse in the world. The spectacular 330ft tall building was for centuries the third tallest building in the world after the pyramids of Giza. A burning fire on top of the structure of three levels: a square level at the bottom, an octagonal level in the middle and a cylindrical top, guided men at sea until the lighthouse was gradually demolished by earthquakes between the 12th century and late 15th century and transformed into a medieval fortress by Mamlūk sultan Qāʾit Bāy. 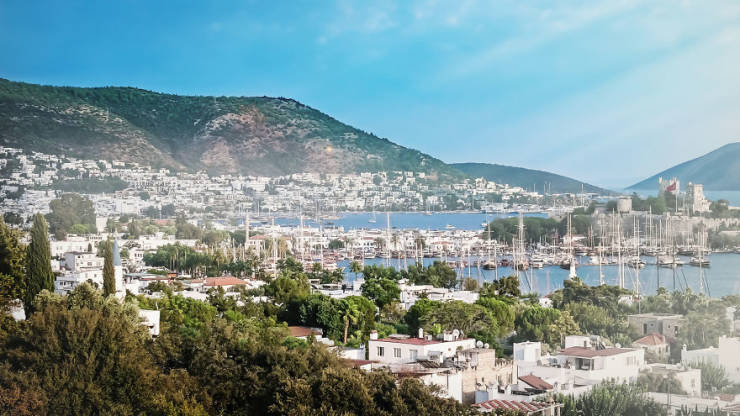 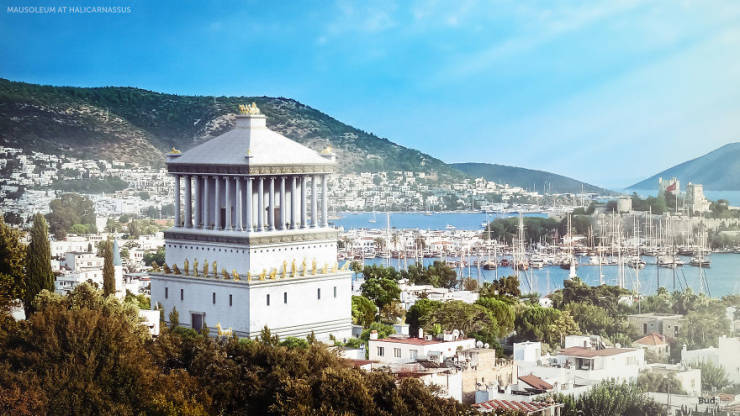 You know you made a pretty outstanding building when there is a new term created after you. An elaborate tomb built for Mausolus, king of Caria, was so spectacular that the late ruler’s name became a word describing a large funeral monument. The massive 148ft mausoleum was built in present-day Bodrum around 350 BCE. Made of white marble, the structure reflected Greek, Egyptian and Lycian architectural features. It made the list thanks to the huge, spectacular sculptures, one of which was a statue of Mausolus riding a chariot. The Mausoleum gradually fell into disrepair from numerous earthquakes in 13th century. 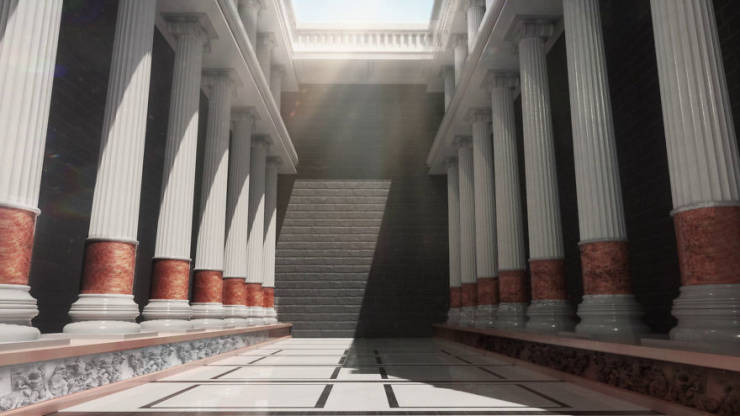 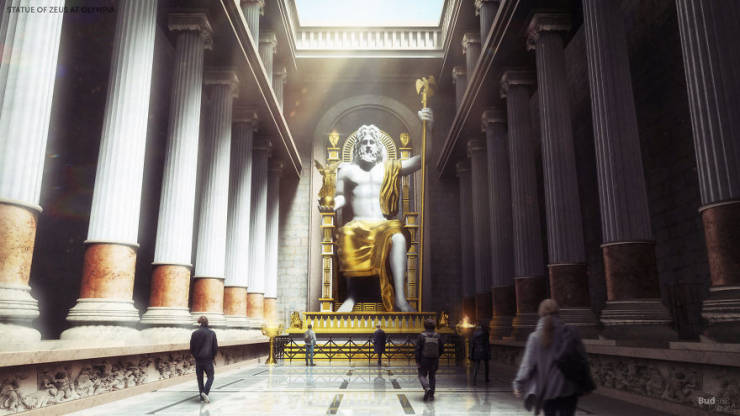 Wood will always be a true classic of all building materials. Unfortunately, the Elean culture’s Statue of Zeus at Olympia has not stood the test of time – or, more accurately, the test of fire. The 43ft tall remarkable piece, which depicted the God of Thunder on a throne, was an attempt to overshadow the Athenians, but it didn’t shine for long. Its wooden frame and cedar throne were destroyed in 426CE, and its rich gold, ivory, ebony decorations and precious stones are now missing, presumed pilfered.

Temple of Artemis at Ephesus 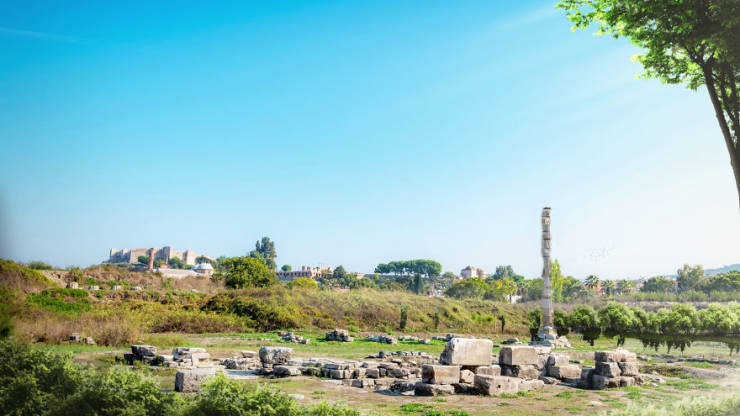 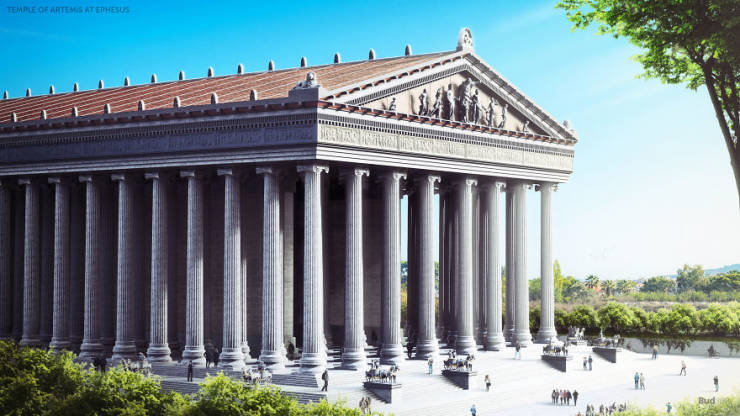 Say what you want about this tribute to the Greek goddess of chastity, hunting, wild animals, forests, and fertility, but it was certainly provocative. In fact, it was built and destroyed three times: Herostratus was first, in an act of attention-seeking arson; then the Goths, who destroyed the city on the run; and finally, in 401 CE, the Christians left behind only the foundations and a single column which can still be visited today in Turkey.