If there were a theme park somewhere in the world that had dinosaurs in it, you would go and visit it. Don’t even bother to pretend that you wouldn’t. So long as you could be sure that the dinosaurs were in a safe and controlled environment, you’d feel compelled to go and check them out. Ever since the release of the first ‘Jurassic Park’ movie in the 1990s, people have been hoping that scientists would turn the plot of the film into a reality. We have no idea why, because the idea of trying to contain dinosaurs turns into a nightmare in every one of the films, but they keep trying anyway! 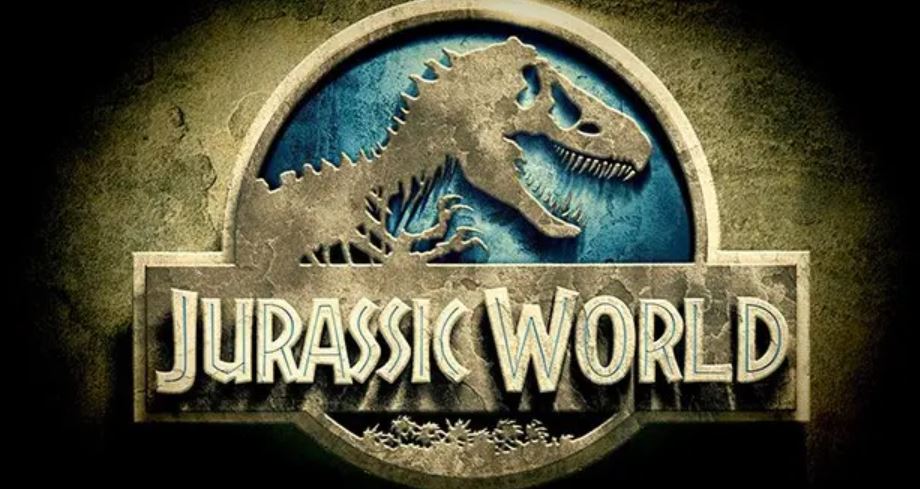 Without the success of the first movie there would never have been a sequel to ‘Jurassic Park,’ but such is the popularity of the franchise there are still new movies being made now, with a brand new one in the pipeline at the time of writing. The original ‘Jurassic Park’ was a phenomenal hit at the box office, but how much do you really know about it? There were all sorts of in-jokes, happy accidents, and other curiosities associated with Jurassic Park, and we think more people should know about them. In fact, we’re so insistent about that idea that we’ve put together this list article for you! Here are five crazy things that we bet you didn’t know about ‘Jurassic Park.’

1. The Jeep Attack Was Never Meant To Happen 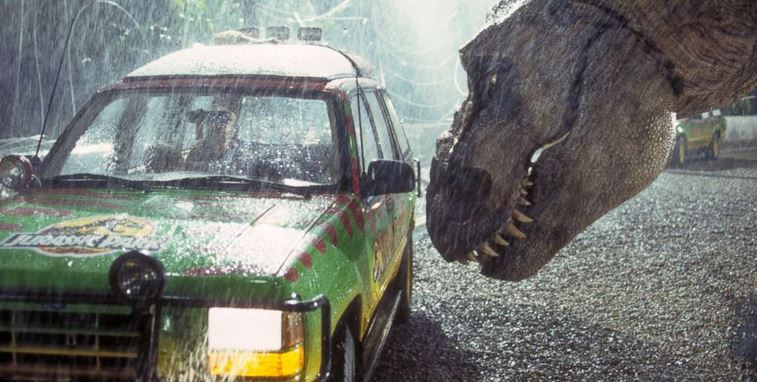 It turns out that you can’t even trust animatronic dinosaurs to behave themselves on set. There’s a famous scene in the film where Lex and Tim are stalked by a tyrannosaurus Rex in their jeep, but it wasn’t supposed to be quite as scary as it appeared on the screen. As the huge T-Rex prop was lowered toward the child actors in the car, it slipped and fell much further than it ought to have done. Understandably, the two kids screamed in terror because they thought they were about to be crushed! Fortunately, no real harm was done, but Stephen Spielberg decided to capitalize on their genuine fear by leaving the ‘accidental’ take in the final edit. There was no acting going on during that scene!

2. Spielberg Took A Gamble On It

Speaking of legendary director Steven Spielberg, he made more money out of the first ‘Jurassic Park’ than anyone else. It’s thought that by the time everything was said and done, he’d pocketed more than two hundred and fifty million dollars. That’s because of a gamble he made about the movie’s success. As ridiculous as this sounds now, not everybody was convinced that ‘Jurassic Park’ would be a success before it was made. Instead of charging his usual fee, Spielberg worked for a reduced rate and instead opted to take a cut of the film’s profits in lieu of his usual price. When the film went on to make box office history, Spielberg found himself rolling in money. No director made more money out of a single movie until James Cameron with ‘Avatar’ sixteen years later. 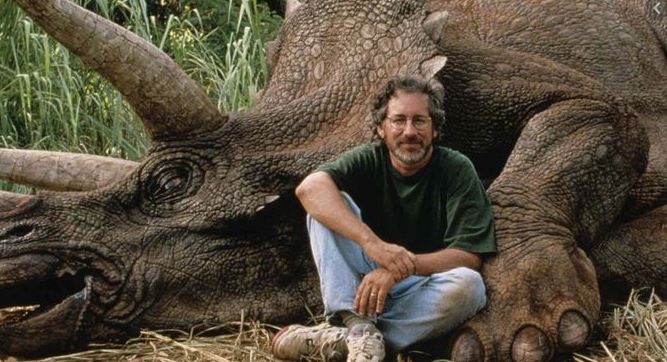 3. It’s Taken A Bite Out Of Casinos

If you’ve ever paid a visit to one of the many online slots websites and casinos that you’ll find on the internet, you’ll know that they don’t feature the sort of games that your parents and grandparents used to play in bingo halls. Just as video games in general have evolved, Online Slots UK have evolved too, and they now feature a variety of different themes and genres. The movie genre is especially popular with players, and ‘Jurassic Park’ is every bit as popular at those casinos as it was at the cinemas. So successful was the first ‘Jurassic Park’ online slots game that another slot based on the franchise has been released based on ‘Jurassic World.’ In a case of synchronicity in entertainment, the ‘Jurassic World’ online slots game, while still popular, has been marginally less successful than the original. That’s a feeling that the cast and crew of ‘Jurassic World’ know all about.

4. There Was a Hidden Message In The Character’s Clothes

You could be forgiven for not paying too much attention to the outfits that the human characters wore in ‘Jurassic Park.’ You were probably far more interested in the dinosaurs, and half the time, everybody was either wet or muddy anyway. Apparently, though, we all missed something that was going on with the clothing of characters John Hammond and Ian Malcolm, memorably played by Jeff Goldblum and Richard Attenborough respectively. Watch the film back, and you’ll notice that Malcolm is dressed in all black, and Hammond is dressed in all white. To Spielberg (and also to Michael Crichton, who wrote the novel the movie is based on), this was symbolic. Malcolm’s black outfit represented his cynicism and suspicion about the dino-park project, whereas the all-white outfit of Hammond was supposed to represent innocence and idealism, emphasizing the idea that Hammond wasn’t a bad man – just a man who allowed his imagination to get out of control. We’re not sure the subtle clothing subtext was really necessary, but it’s there anyway.

5. One Of The Lead Roles Could Have Been Very Different 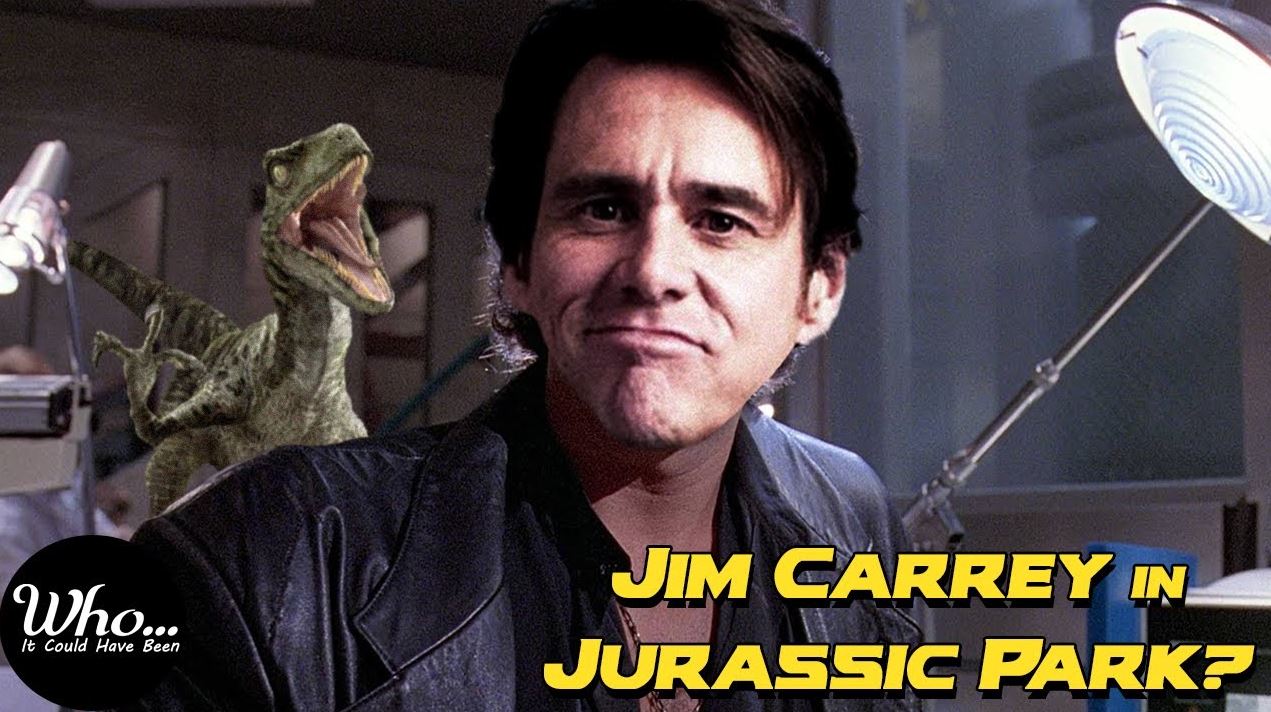 We don’t want to say that the performance of Jeff Goldblum ‘made’ ‘Jurassic Park’ because it’s an excellent film that would have been a success with or without him. We also don’t want to say that ‘Jurassic Park’ ‘made’ Jeff Goldblum, because he was already a successful and famous actor by that point anyway. It would, however, be fair to say that the film benefited enormously from his presence, and his career benefited enormously from being in the movie. He played the part of Ian Malcolm like he was born to do it, but we very nearly got Jim Carrey in that role instead. Carrey is capable of ‘serious’ acting work as he’s shown in his later career, but he was so closely associated with comic work in the early 1990s that it’s difficult to picture him in this film. With no disrespect intended to Mr. Carrey, we’re glad that plans changed, and Goldblum got the gig.

How many of these facts did you know before you read this article? Give yourself a pat on the back if it was all five. They were all new to us, and we’ll definitely never look at that jeep attack scene the same way ever again!