5 Mysterious Holes That Could Be Portals Straight To Hell

The creepy, unexplained stories surrounding these holes will convince you they’re gateways to the netherworld.

You may not be able to tell, but there’s water down there (deep water, maybe more than 1000 feet). A tiny water hole in the vast, arid Death Valley National Park would seem like the opposite of a hell pit, right? It even supports its own species of (obviously) endangered pupfish!
Why could it be a portal straight to hell?
In 1965 a bunch of kids jumped in and two of them didn’t come out. Divers checked the underwater cavern thoroughly, but were unable to locate their bodies. (Because they were in hell—spring break forever, bitches!) 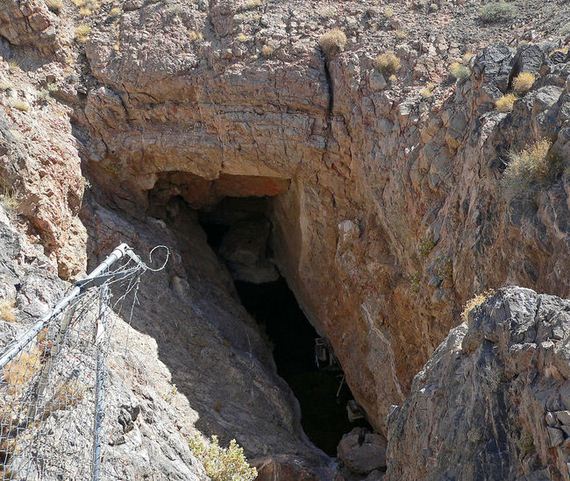 Alright, this one is weird, so stay with me. There’s (allegedly!) a giant hole deep in the wilderness of Washington state with a number of supernatural properties. A Native American shaman named Red Elk (one of the few living people who’ve seen it) claims his father took him there as a boy and told him, “This is an endless hole.” For years, locals used it as a giant trash can, dumping whatever they wanted inside (like me at a buffet), only they never heard anything hit the ground and the hole never filled up (unlike me at a buffet).
Why could it be a portal straight to hell?
According to legend, dogs become terrified when approaching the hole, as if it were full of a hundred running vacuum cleaners. Speaking of dogs, one man claimed to have thrown the corpse of his departed pup inside only to find the living dog trotting back to his house not long after. (If you feel like disappearing down a bottomless internet hole, there’s plenty more insanity here.) 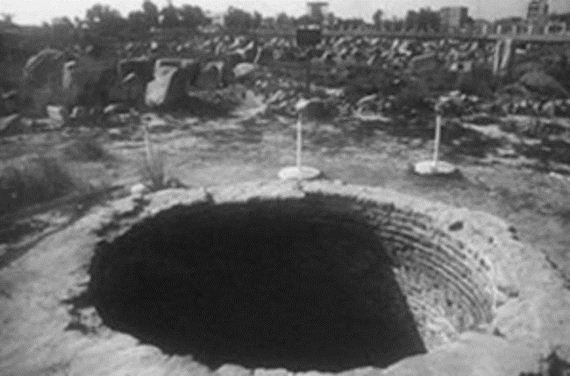 Yep, you’re definitely noticing a pattern. This is another hole that’s been designated as the Devil’s (even though it’s administered by the Texas Parks and Wildlife Service). This 400+ foot drop is pretty impressive for a limestone cavern, but the real kicker is that it’s home to 3 million goddamn Mexican free-tailed bats.
Why could it be a portal straight to hell?
Because it’s in Texas, duh. (That and because it regularly spews out 3 million goddamn Mexican free-tailed bats.) 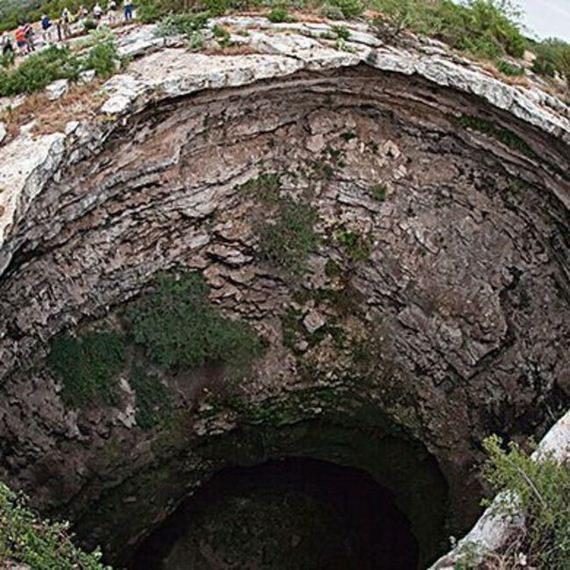 I can already hear you saying, “Hey wait, that’s not a hole! It’s a castle— the very opposite of a hole!” You’re very observant, but what if I told you this castle was built directly over a hole? (Now you’re on board.) Castle Houska is located in the middle of nowhere, with no fortifications or water or kitchen. This unfortunate lack of amenities would be weird for a castle where people live, but Castle Houska wasn’t built to house people—it was built to plug an infernal demon hole.
Why could it be a portal straight to hell?
The seemingly bottomless pit it’s built over was called the “Gateway to Hell,” which seems like a pretty good name for a gateway to hell. It was called that, in part, thanks to reports of winged, half-animal monstrosities pouring out and terrorizing people. But the creepiest story about Houska involves a prisoner who volunteered to be lowered into the hole during the castle’s construction. There’s no report of what he witnessed down there, but when they pulled him up he had (allegedly!) aged 30 years. SpooOOooOOOooky! 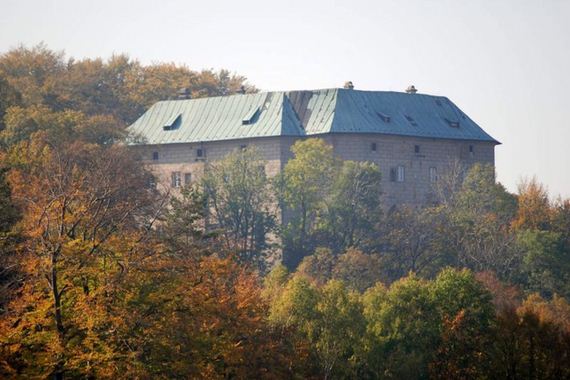 This flaming earth orifice was created in 1971 in Turkmenistan when some inventive Soviet petroleum engineers decided to burn off the natural gas from underneath a collapsed drilling rig. It’s still going strong today, which is a lot more than you can say for the Soviet Union.
Why could it be a portal straight to hell?
I mean, look at it. 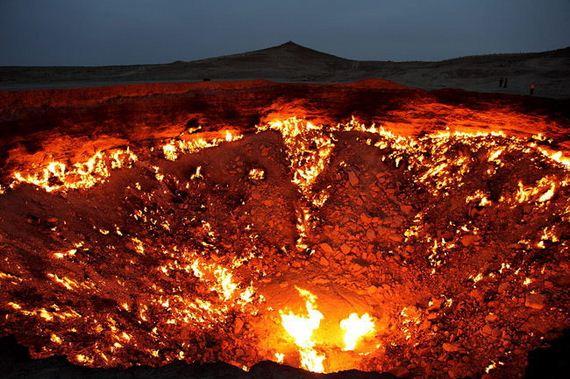