The ad from the 1989 features all of the toys we dreamed of, including Game Boy, Nintendo, barbies, baseball cards and action figures 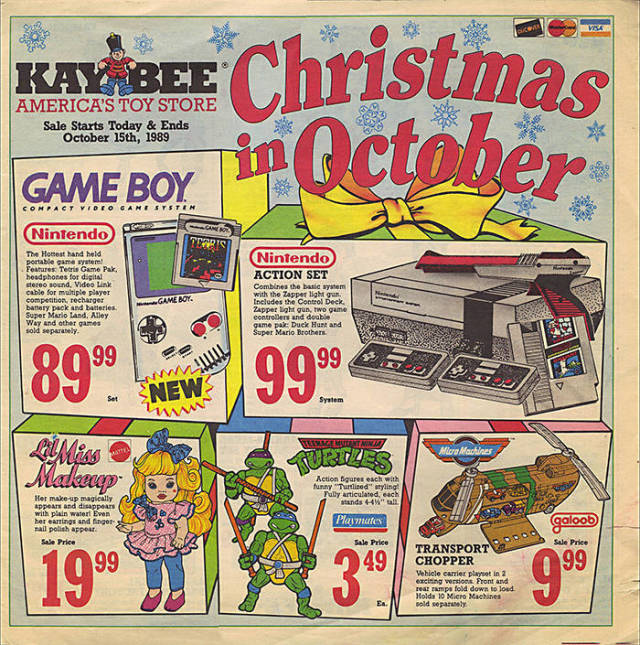 The history of Kay-Bee began in 1922 when two brothers opened a wholesale candy business in Puttsfield, Massachusetts under the name Kaufman Brothers. The store provided retailers with candy and soda. Harry and Joseph Kaufman got into the toy business purely by accident. During the 1940s, they acquired a wholesale toy company from a previous client as payment for his outstanding debts. 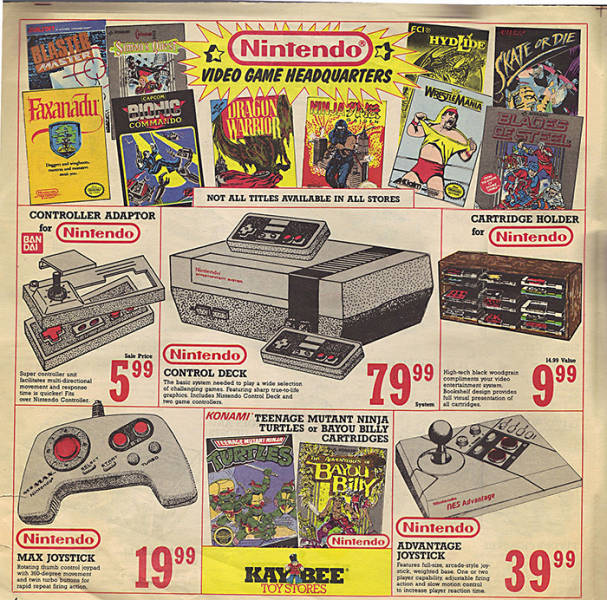 Diversification of the company was vital at the time, as the cost of producing candy during World War II was extremely high, due to shortages of necessary ingredients, especially sugar. The brothers took a chance and started selling toys as well under the new company’s name – Kay-Bee Toy & Hobby Stores. By the late 40s, the brothers decided to switch their main focus to toys, as this side of the business proved to be much more profitable than candy. The first retail toy store opened in 1959, in Connecticut. 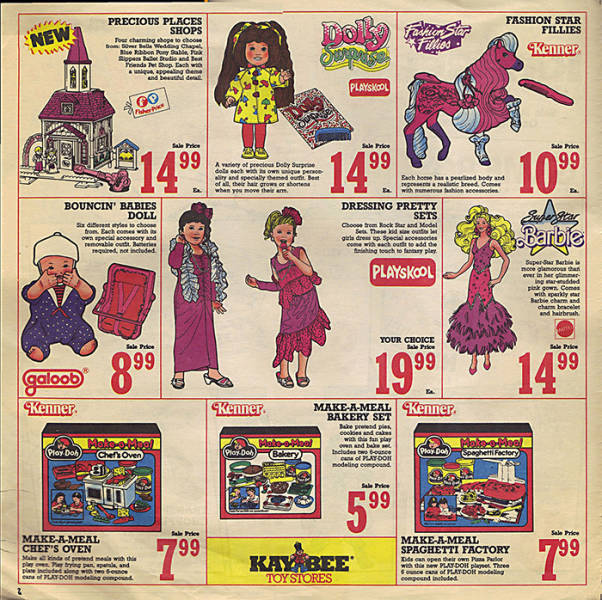 During the 1970s, suburban malls were popping up across the whole US – credited to growing post-war wallets and suburban growth. In addition, during that time property taxes had decreased across the country and local governments were beginning to lose important revenue. 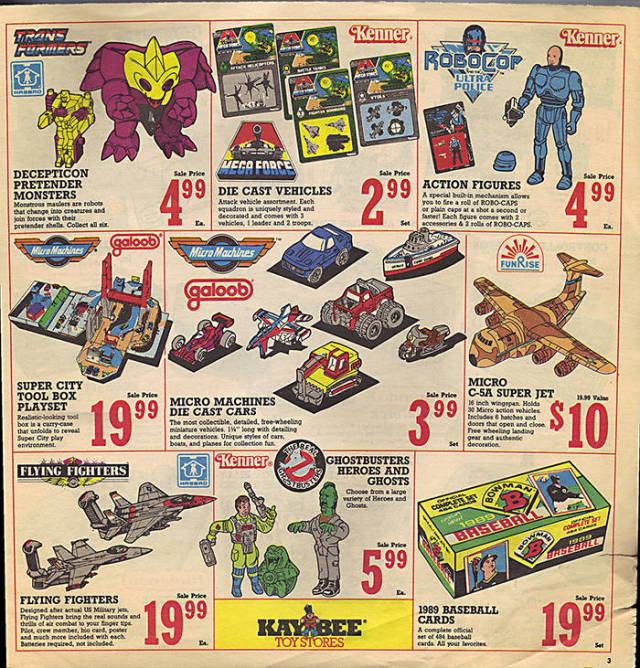 Shopping malls, with their potential sales tax revenues, were now supported and encouraged, so naturally Kaufman brothers wanted to take advantage of the “mall boom.” As a result, in 1973 they decided to leave the wholesale business altogether and focus solely on retailing – at the time, they had 26 retail stores. 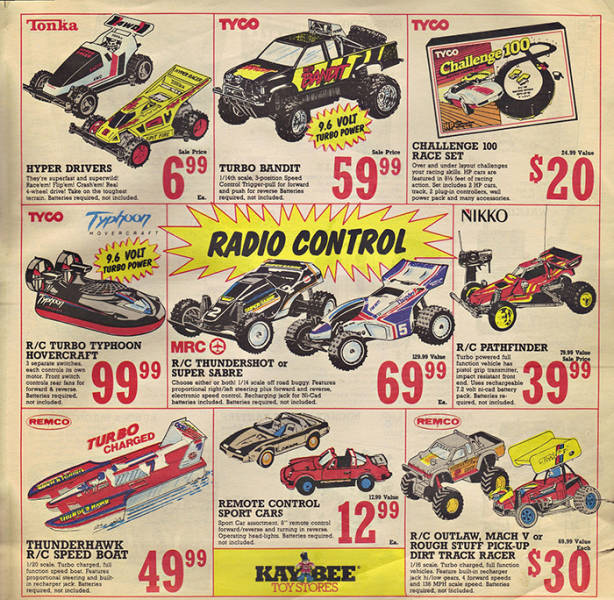 By 1976, Kay-Bee Toy & Hobby had doubled the number of their stores and in 1981 the company was already operating 210 of them. The name of the company was changed to Kay-Bee Toy Stores. Times were good for Kay-Bee and they became a prominent figure in the toy industry. 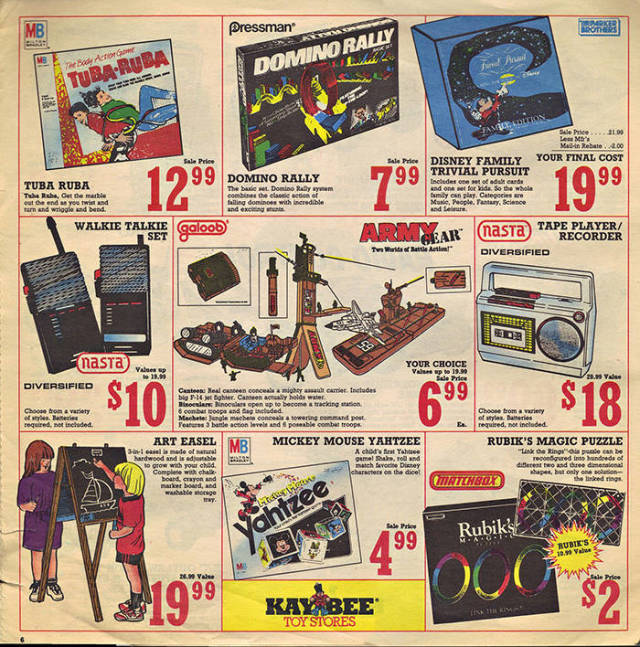 The company had its ups and downs, but nevertheless grew and expanded throughout the 1980s and 1990s. Kay-Bee Toy Stores used clever strategies to help with business growth, for instance, the company had a long-standing policy of buying discontinued stock from manufacturers and selling it at immensely reduced prices. Low-cost toys were displayed by the entrance of the store – managers reckoned that the buyers would be enticed by the bargains, go into the store and then would be more likely to buy higher-end products. 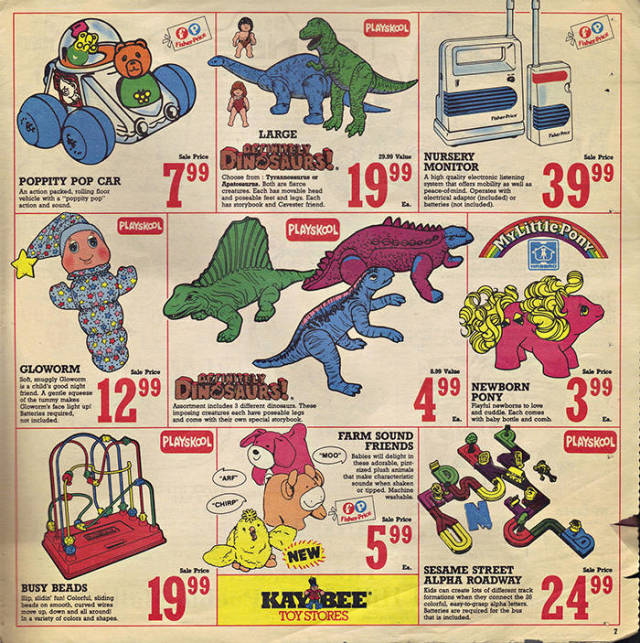 The strategies the booming company used differed greatly from their competitors’. Kay-Bee realized that the mall-goers were not necessarily always looking to buy a toy, but that with clever marketing they could be enticed by great deals. A lot of thought was put into the store design – Kay-Bee outlets were designed with bright, eye-catching colors at the front of the store, alongside arranged stacks of toys at bargain prices. 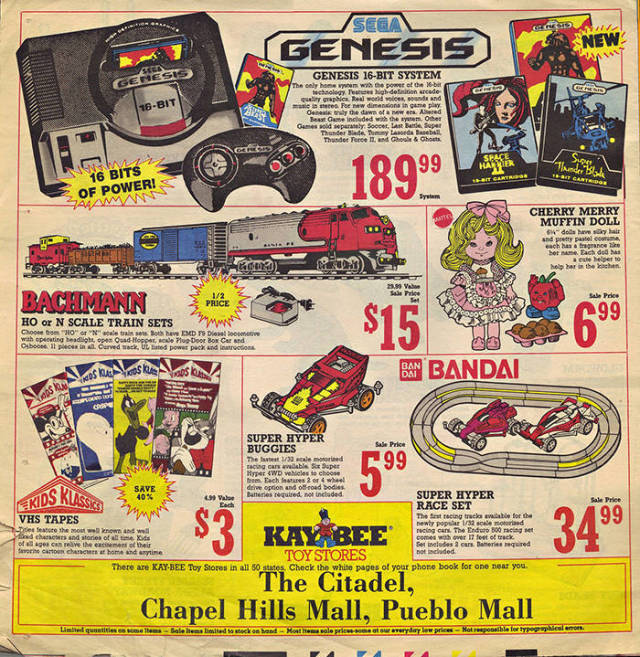 Sadly, all good things must come to an end. Due to a substantial decline in sales, competitors and the demise of “mall culture”, the company declared bankruptcy in 2008. The retail power of toys has since shifted to Walmart, Target and Amazon. People were turned to these big retailers due to their favorable prices and huge product assortment. However the rise and fall of KB may have a happy ending after all. In March, Ellia Kassoff, founder at Strategic Marks (which is reviving old and defunct companies and products) announced that he has plans to bring back KB Toys at mall stores in time for Christmas 2018. Seems a bit far-fetched, if you ask us, but we do believe in Christmas miracles.