7 European Castles Before Time Destroyed Them 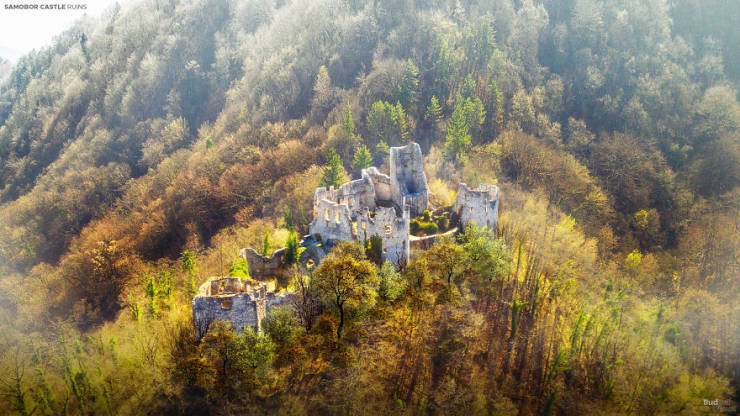 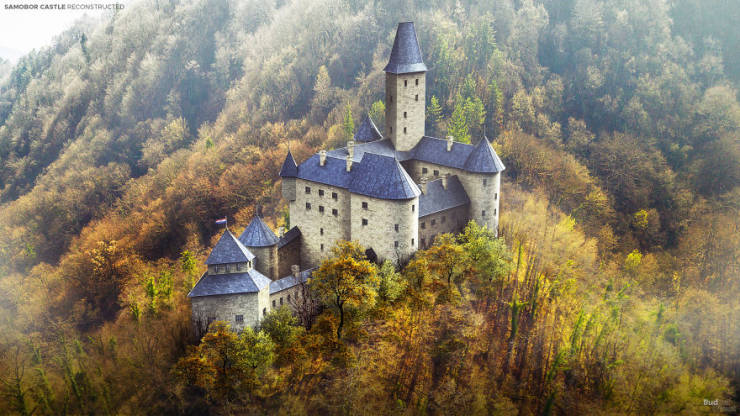 The Kingdom of Bohemia was a medieval monarchy that ruled over the parts of the modern-day Czech Republic and Germany from the end of the 12th century until the First World War. The Bohemian ruler Ottokar built Samobar Castle in the mid-13th century, during a war over the disputed Duchy of Styria. But he soon lost it to Croatian-Hungarian forces.

Today, the stone fortress peers down over the roofs of modern-day Samobor. It is just a 10-minute walk from town and visitors can still marvel at the walls and remains of the moat. The only surviving original element is the guard tower. Much of the rest of the remains, including the gothic chapel of St. Ana, are from 16th-century modifications. 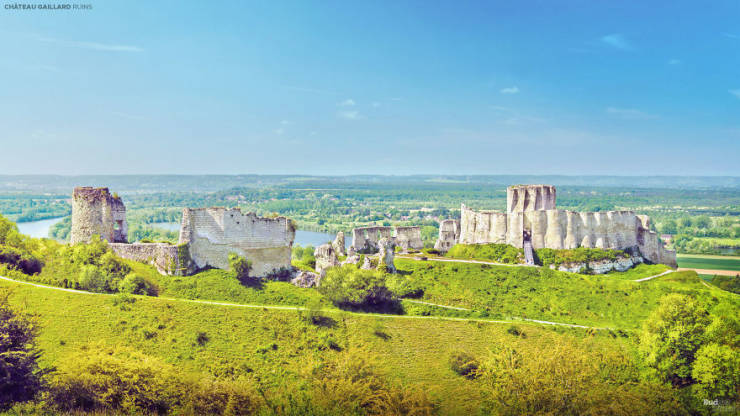 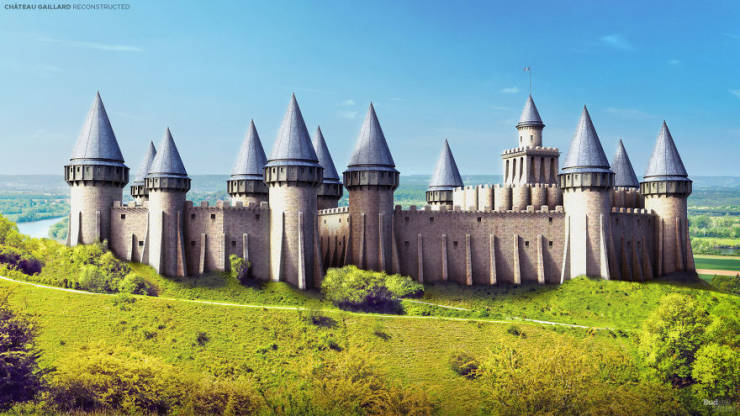 Richard the Lionheart built Gaillard very quickly between 1196 and 1198 to defend against Philip II of France. The castle saw a lot of action before finally being abandoned in the 16th century and later demolished by Henry IV of France. However, elements of the outer castle remain, and you can still admire the uniquely ribbed walls of the inner bailey. 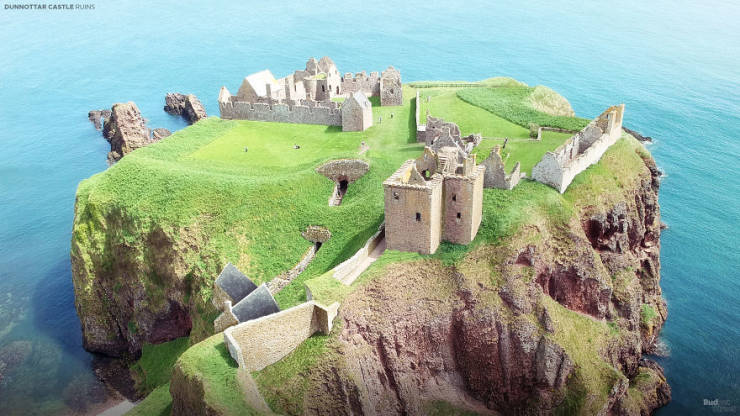 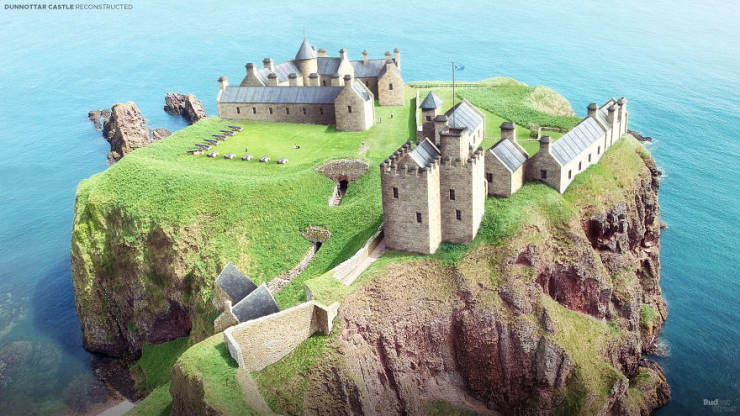 Dunnottar is a promontory fort. It is perched on a ‘sea girt’ looking out into the North Sea from the east coast of Scotland. The castle has played a pivotal role in tensions between the English and the Scottish over the years. Most famously, William ‘Braveheart’ Wallace besieged and retook the castle from the English in 1297 (it is a key location in the 1990 movie).

The castle was later besieged by Oliver Cromwell. The Scottish crown jewels were smuggled to safety – either ‘up the jumper’ of a pregnant woman, or over the seaward-facing walls, depending on who you ask. One of the most dominant remains on the 1.4-hectare site is the 14th-century Tower House. This uniquely Scottish feature was a kind of fortified mansion that once stood three storeys high. 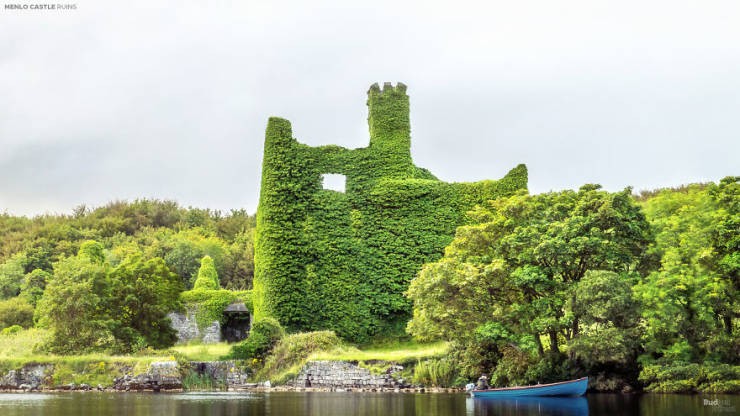 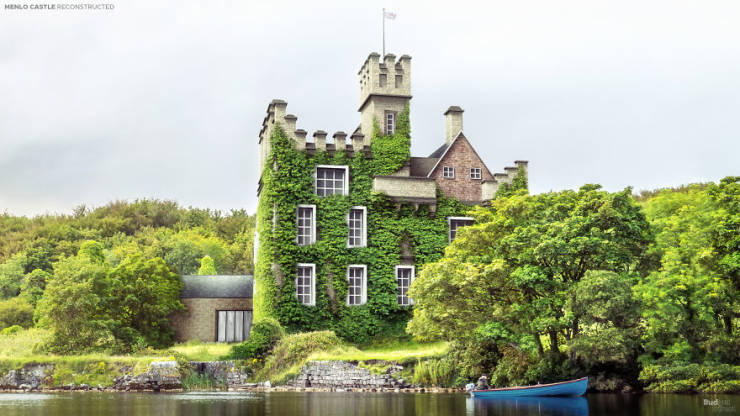 Menlo Castle was owned for most of its existence by the Blake family and destroyed by fire in 1910. The family coachman, James Kirwan, escaped the flames by climbing down from his window on ivy vines. He tried to rescue the other inhabitants, but young Eleanor Blake perished in the fire, as did a maid who leapt to her death. Since the day the castle was ruined, that same green hanging ivy has grown to cover the entire building.

Visiting Menlo is a fairy-tale experience, as the vines camouflage the building in the natural landscape of the surrounding woods and fields. It is not known when the castle was first built, but it was primarily a domestic rather than military use. Large round towers and a former pier that held a cannon and telescope provided security for the inhabitants. 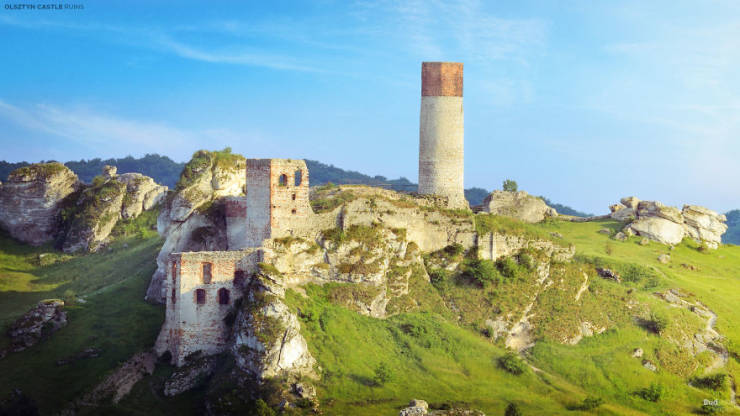 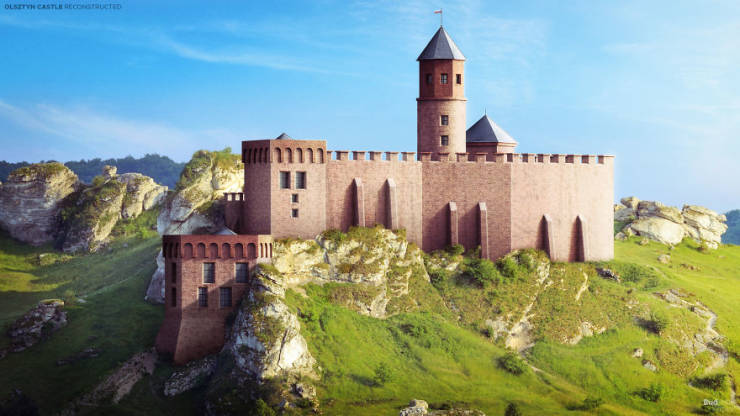 Olsztyn Castle is set on a dramatically bumpy hill among limestone rocks, overlooking Łyna River in northeastern Poland. The castle was built sometime before 1306. It was expanded by Casimir the Great between 1349-59 to defend against the Czechs. Olsztyn later gained a military garrison and was renovated in the Renaissance style in the 16th century.

At that point, it was built on three levels with drawbridge entrances and a moat. In the following years, however, the Hapsburgs and then the Swedes caused significant damage, and the castle fell out of use. Today, visitors can still see the original gothic tower and explore the ingenious manner in which the built elements integrate the area’s rocks and karst caves. 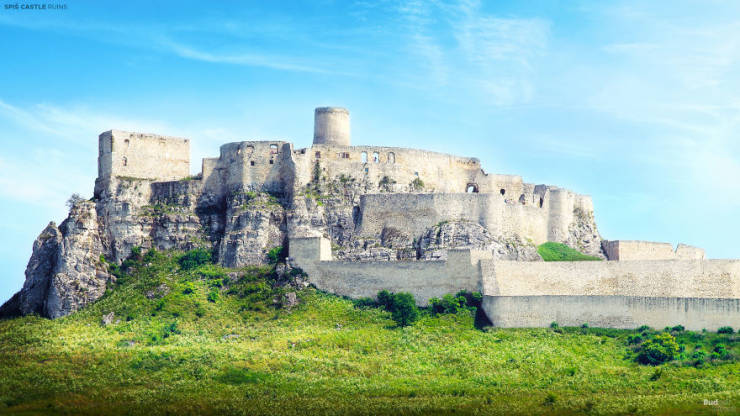 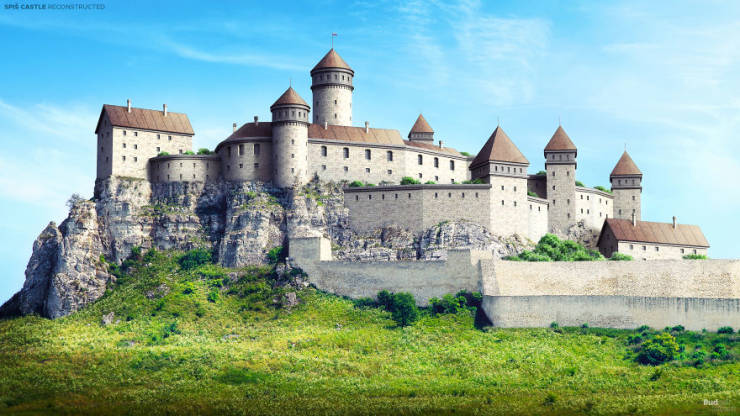 Covering a four-hectare area, Spiš Castle is one of the world’s largest castle complexes. Its magnitude served the purpose of a border fortress in the feudal Hungarian Kingdom. The castle later changed hands several times between empires and aristocratic families who used it as a mansion. It was owned by the Csák family and in decline when fire finally ruined the building in 1780, perhaps the result of a lightning strike.

Today, Spiš Castle is UNESCO-listed. Its expanse and geographic setting make it ideal for walking and photography. Conservationists began work several decades ago to protect the medieval building from the threat of unstable bedrock under the foundations. A 100m2 geoglyph (stone pattern in the landscape) of a horse from a Celtic coin design now stands imposingly on the hill below the silhouette of the castle. 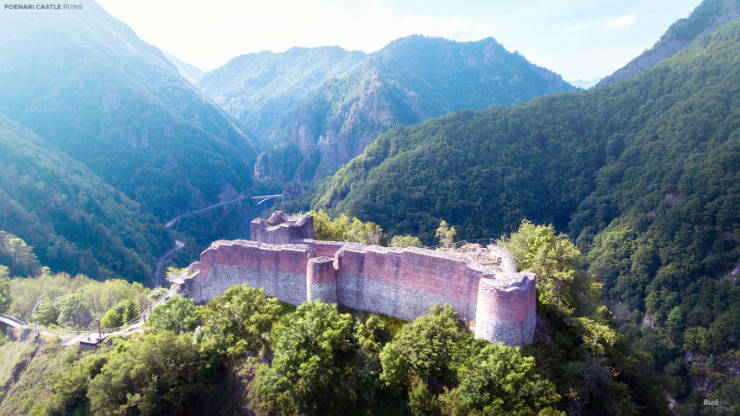 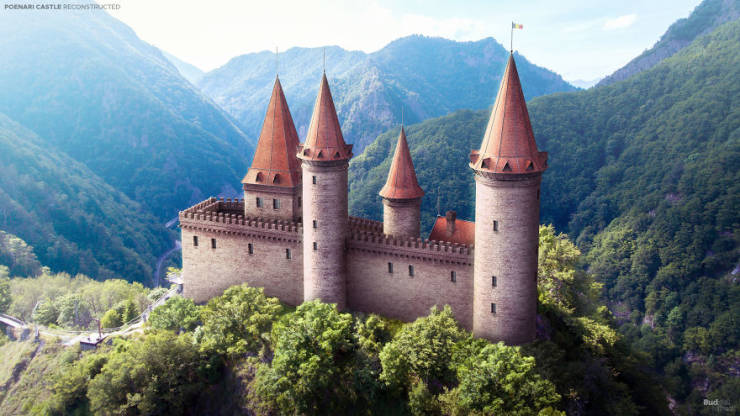 Legendary Poenari Castle is so adorned with inspiring details that it feels like it came from a storybook. Indeed, it once belonged to Vlad the Impaler, the Voivode (Duke) of Wallachia, who inspired Bram Stoker’s Count Dracula. Climbing the 1,480 concrete stairs to the clifftop castle’s eagle nest position creates an uneasy sense of isolation. And it is easy to get giddy at such a height, especially in the knowledge that the ruins are partly due to a landslide that dragged the towers down to the river 400 metres below.

But Poenari needn’t be where visitors meet their doom. Vlad himself escaped attack through a secret passageway and into the Carpathian Mountains. The fortress itself was originally built directly into the rock and fortified with earth or lime, and Vlad rebuilt it with extra towers for defence. As a final fearsome detail, the castle is currently closed because of local bears – but it will re-open soon, possibly with a crémaillère tram to lift visitors up from the valley.