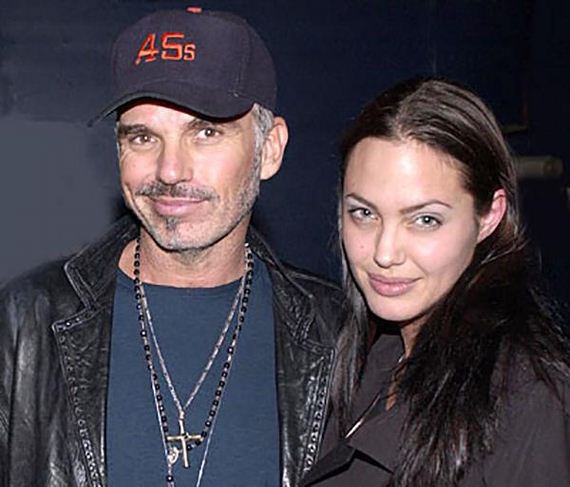 Angelina Jolie can still count Billy Bob Thornton as one of her biggest fans, even though the two are long divorced.

There is a story from a hotel concierge at the Ritz Carlton that, one evening, Angelina and Billy Bob showed up at the hotel around 3am. Billy Bob claimed that he was being chased by aliens and abduction was imminent.

Billy Bob clarified the rumor in an interview on KROQ in Los Angeles:

‘Angelina was about the best wife you could hope for. Angelina marrying me was like the janitor marrying Audrey Hepburn. I have some phobias too, man.

One night, I woke up and I was fairly convinced I was about to be abducted by aliens. I woke Angelina up and told her what was going on. You’d expect her to tell me to shut up and go back to sleep. Instead she jumped out of bed and started packing suitcases; never second guessed me or made me feel like an idiot. I was about to be abducted and that was that, we checked into the Ritz and stayed there for a week.’

During the filming of Empire Strikes Back, Carrie Fisher stayed with her friend, Eric Idle, who was in Monty Python. One night Eric invited the Rolling Stones over to party.

She called up Harrison Ford, “Holy shit, Harrison, the Rolling Stones are coming over to party.”

The two were supposed to film the first scenes in Cloud City the next day, they had a 5am call time. They had to choose between partying with the Rolling Stones and being hungover the next day, or getting some sleep.

They chose the party. Carrie said, “What a night. We got two hours of sleep. When we showed up on set we weren’t hungover at all, we were still drunk! You can see in the movie when we show up at Cloud City Harrison and I are smiling and laughing. It’s because we were still in the cup.” 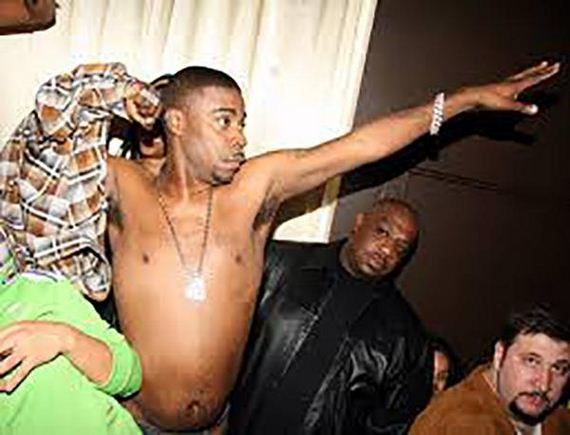 Tracy Morgan was in a club in SOHO, shirtless. Buying bottles of champagne for the table. Tracy got so drunk that he started buying champaign for the tables next to him. Over the course of the night he runs up an obscene tab, nearly $20,000.

There is one white guy at the table, comic Bert Kreischer. The waitress hands him the bill instead of Tracy.

Tracy flips the entire champagne table over and a bouncer rushes to Tracy and tries to intervene. Tracy takes off his shirt and punches the bouncer in the face. Immediately, a fight breaks out. Four bouncers rush to Tracy, take him by the collar and physically throw the shirtless comic out of the bar.

He lands outside at Bert’s feet. Everybody is silent. Tracy stands up, brushes himself off and exclaims, “Now that’s how you get out of paying a check!” 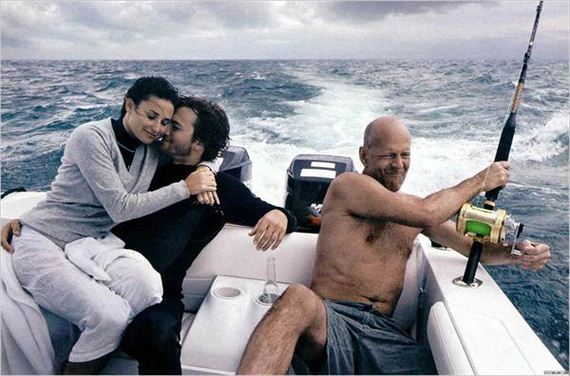 Ashton Kutcher was nervous. He about to meet Bruce Willis, jealous and a little scared. He later told Vanity Fair, “I mean, this is the guy who used to sleep with my wife.” They met for dinner in Beverly Hills. Bruce was wearing a jacket and it appeared he had a holster visible just inside his jacket. Was Bruce carrying a weapon??? It was the most awkward dinner in history until Bruce withdrew a squirt gun from the holster and sprayed Ashton, laughing, and breaking the ice. The two have been friends ever since. 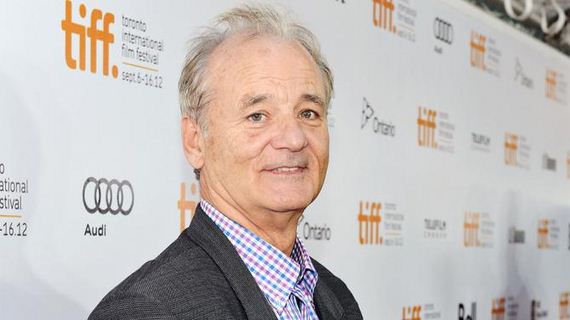 
The host of a popular NYC restaurant tells a story about Bill Murray,

“After working here, I’d say every story you’ve probably heard about this guy is likely true. Bill would often come in and eat, often with other celebrities.

One day he arrived at the restaurant in what I can only describe as a neon orange jump suit, even his shoes had orange laces. Bill walked to the middle of this fancy restaurant filled with suits and stood perfectly still, until everybody noticed him. Gradually, the whole place went silent and everybody stared. He had that quality, this bright orange man in a fancy restaurant. Then he smiled big and walked over to Derek Jeter and Bob Costas’ table and sat down for lunch as if nothing had happened.

He was one of my favorite customers. For the record Derek and Bob were always really nice too.” 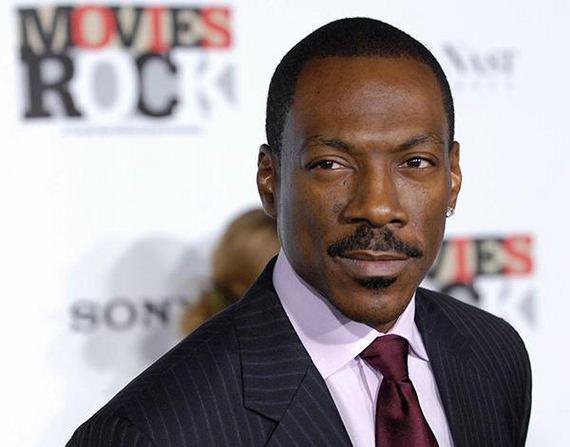 Karen, a Midwestern housewife, took her first trip to Las Vegas a few years ago. She had done very well playing the slot machines, winning a bucket full of quarters. Karen needed a break, and she left the casino heading toward the elevators, taking her bucket with her.

She steps into the elevator and before the doors shut, four beefy, leather-clad African-American men step in. Karen clutches her bucket close to her body.

One of the men says “Hit four, lady” and she hears, “Hit the floor, lady,” and she does: quarters fly everywhere. The men bust up laughing and they help Karen collect her winnings. One of the men explains that he meant for her to select her floor. They help her collect her quarters and the elevator arrives at her floor. She leaves embarrassed, and the men are still laughing.

Later that evening, a dozen roses are delivered to Karen’s room. The note attached read:

Thank you for the best laugh I’ve had in years!

Eddie has said, ‘I hear that all the time and I say no, it never happened,’ they always say, ‘Yes, it did. My cousin was there.’”

This story is still debated to this day but many accounts more accurately place the stories’ origins in 1979. Still in Vegas but the celebrity was actually Hall of Famer, Reggie Jackson. 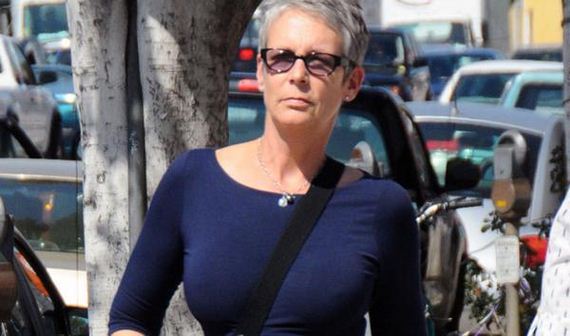 Jamie Lee Curtis to the rescue:

The crosswalk sign on Santa Monica Blvd. turned green and an 85-year-old man was attempting to cross the street with the aid of his walker. His progress was slow at best.

When the light turned red the poor guy had scarcely made it five feet, he was in the middle of the road, trying his best to cross. Some idiot waiting at the light in a new BMW suddenly laid on the horn and began inching forward toward the elderly man, as if this aggressive act was going to usher things along.

At the same time, Jamie Lee Curtis was leaving a pizzeria in Beverly Hills with a pepperoni pizza and saw what was happening.

She stepped in front of the old man and began screaming,

“Can’t you see he’s trying to cross the road, you asshole! You have all the time in the world, he doesn’t!!! Jamie Lee hurled the pizza at the guys windshield and continued yelling. The man turned on his windshield wipers, as the pizza sauce wiped away you could see it dawning on the jerk, not only was he a complete asshole, but that it was Jamie Lee Curtis feeding him his lunch. All he could do was hide his face in shame.

Jamie Lee escorted the man safely across the street, returned to the pizza place, and ordered another pepperoni pie. 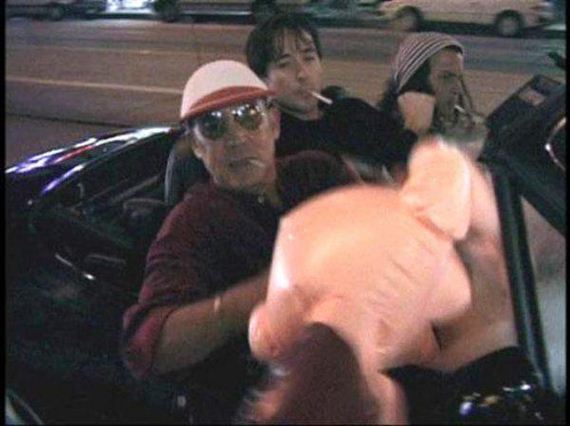 One night, John Cusack, Johnny Depp, and Hunter S. Thompson took to the streets in LA in a convertible. Hunter had a blow up doll he called Ling Ling. Hunter had decided it was Ling Ling’s birthday and the three stars set out in Hollywood, showing up at random dive bars, taking photos with everybody, and singing Ling Ling happy birthday.

Later in the evening a police car reported, “A man in the intersection of Sunset Blvd. mercilessly beating a blow up doll.”

When accosted Hunter responded, “It was this strumpet’s birthday, we’ve taken her to all her favorite old haunts, and she’s been nothing but ungrateful.”

The officer let Hunter off with a warning. Some speculated as to the truth of the story until somebody stepped forward with a blurry photo of Hunter, John, and Johnny out and about holding, you guessed it, a blow up doll.

Previous This is the truth, let’s not deny it
Next Funny Pictures Vol.988