At first glance, this looks like an ordinary day in a small village with people enjoying the sun outside 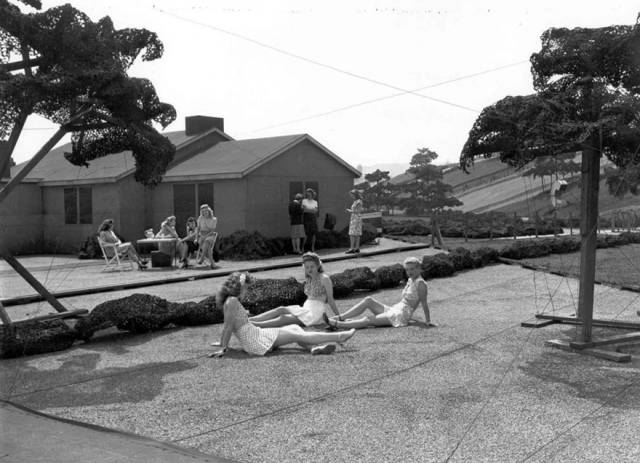 But underneath this ‘peaceful town’ was a big military secret: a Boeing factory 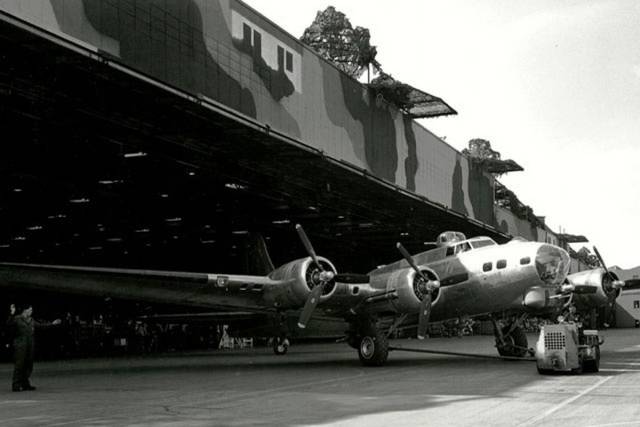 During WWII, the U.S. Army designed a whole neighborhood to throw off possible air attacks 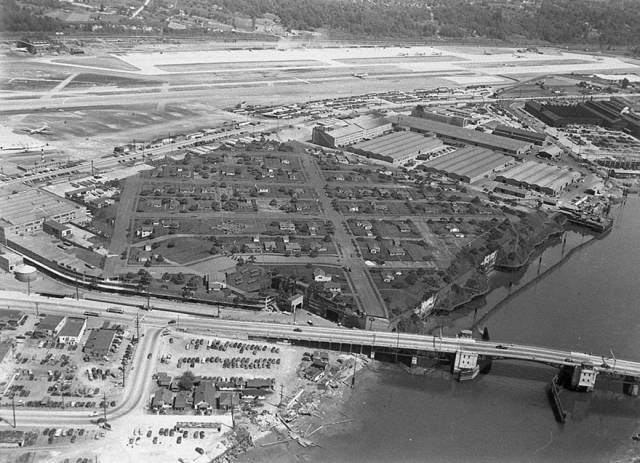 On the roof of Boeing Plant 2, camouflage trees and structures were shorter than a person 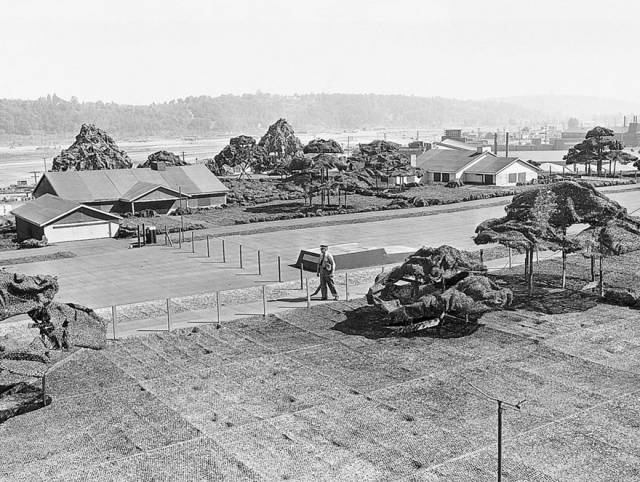 Trees were made of chicken wire and feathers 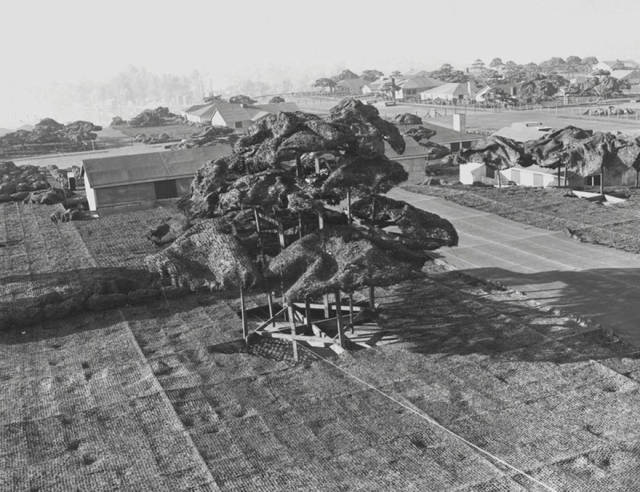 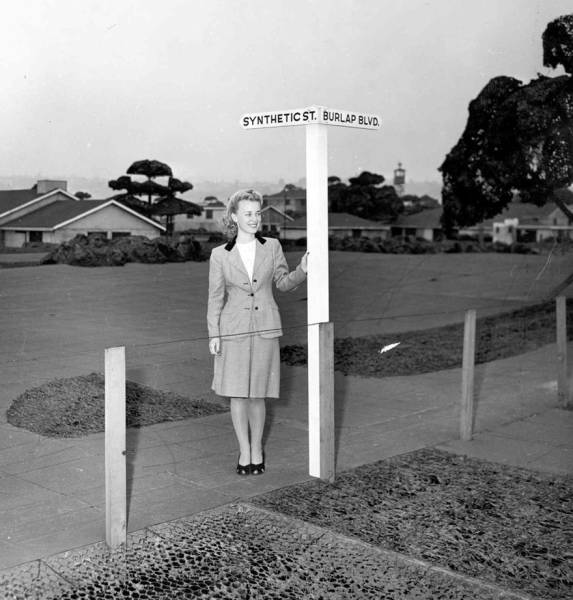 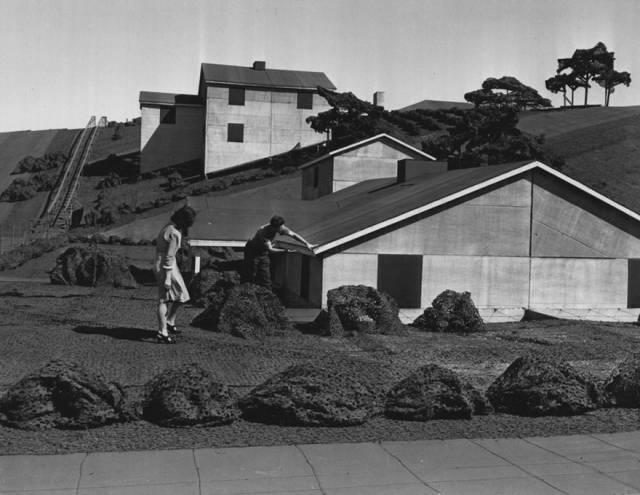 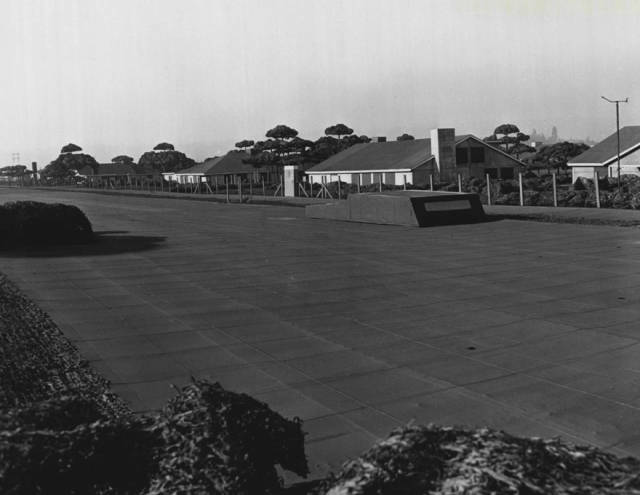 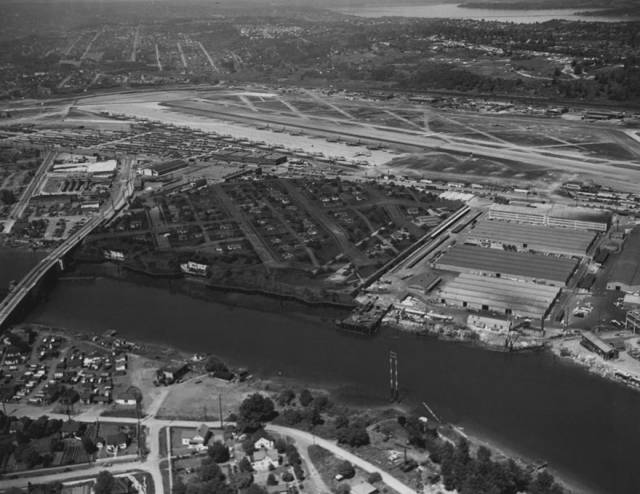 Joyce Howe, and behind her Susan Heidreich, walking over the camouflaged Boeing Plant 2 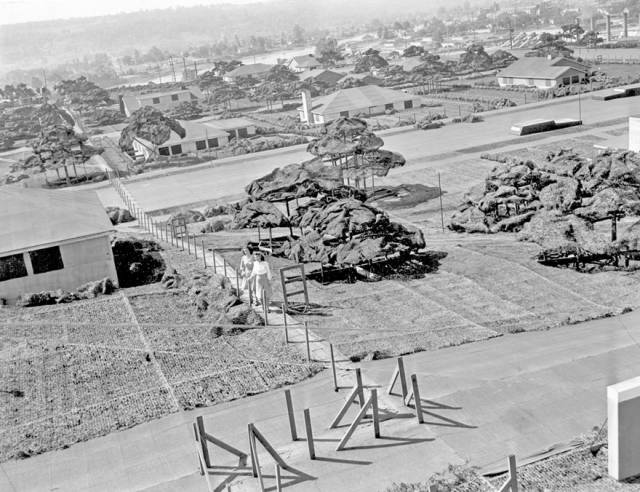 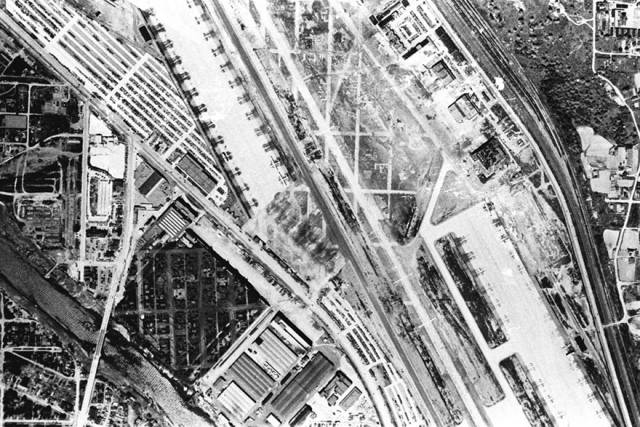 Thousands of Boeing workers gather in front of Boeing Plant 2 for ceremonies marking the changeover from B-17 to B-29 production on April 10, 1945 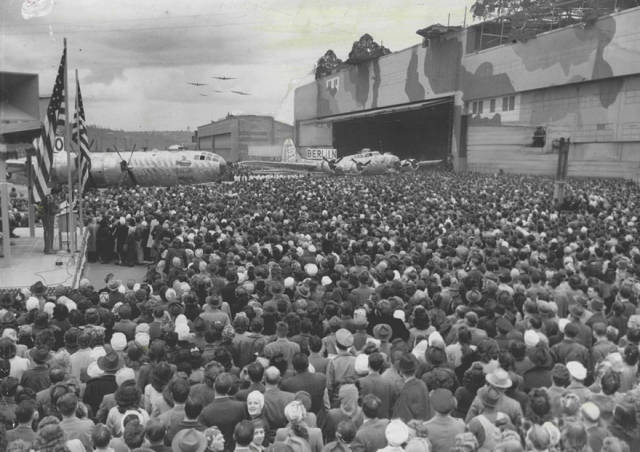 The first B-52A is rolled out at Boeing’s Seattle plant on March 18, 1954. In order to clear the hangar doorway, the plane’s 48-foot-high tail had to be folded down 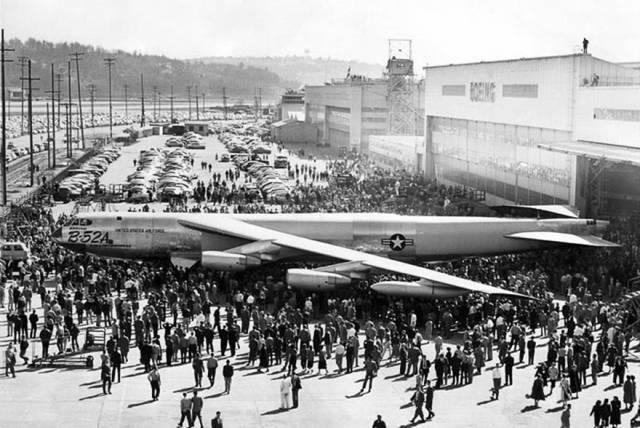 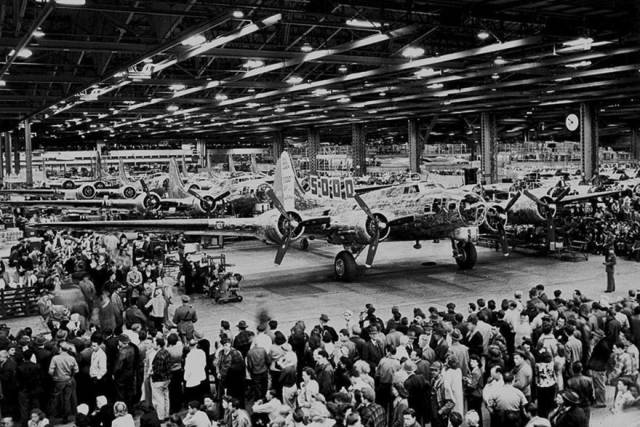 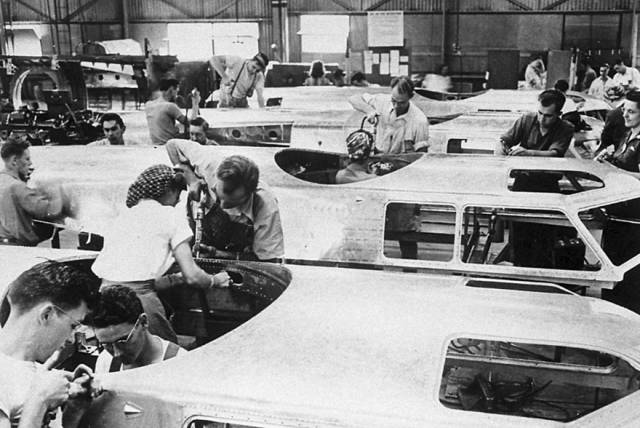 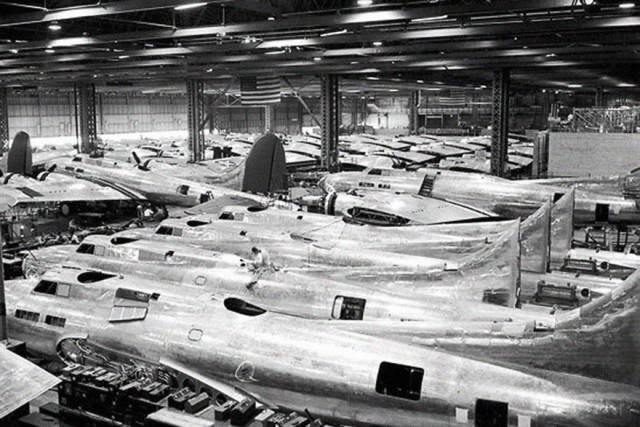 “Rosie the Riveter” at work at Boeing Plant 2 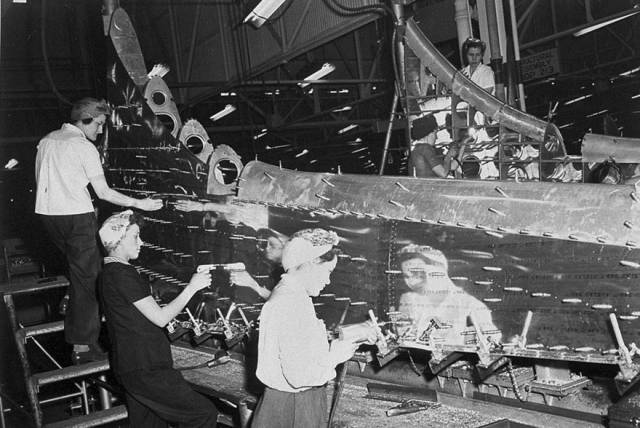 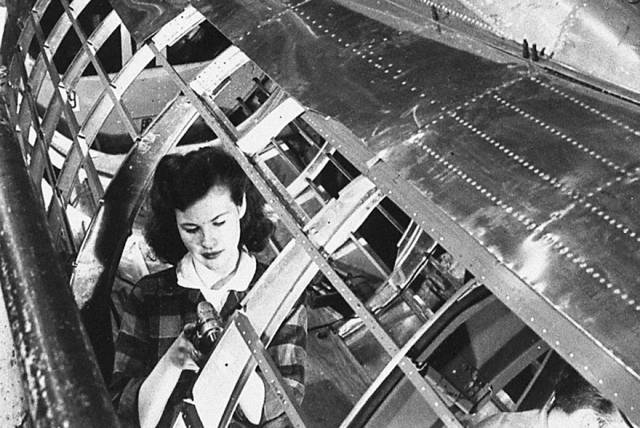 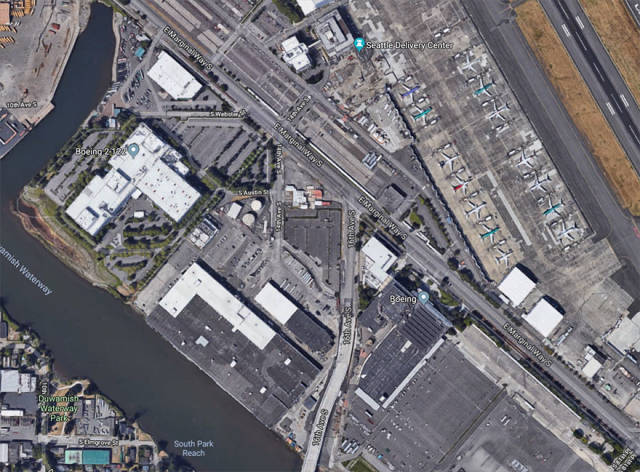