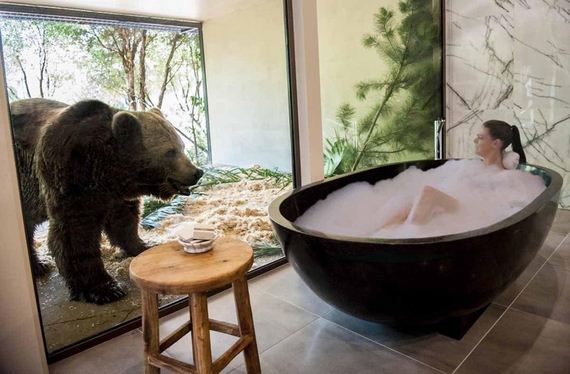 The brand-new hotel for thrill seekers, located in the National Zoo and Aquarium in Canberra, Australia, lets you stay as close to the zoo’s numerous animals as possible. At the lodge, guests will almost be directly sharing a room with live animals. You can take a bath next to brown bears, dine with lions staring at you, and feed giraffes from your balcony — and that’s just the start. Often, the only thing separating guests from the animals is a few millimeters of glass

The suites are broken into three separate residences: the Giraffe Treehouses, uShaka Lodge, and the Jungle Bungalows. Each has a different group of animals available to stare at.

Giraffe Treehouses:
The six suites that make up the treehouses sit higher than the other residences, in a lush giraffe enclosure. Guests of these suites will have the opportunity to feed Hummer, the resident friendly giraffe, at either their suite’s balcony or his enclosure (He gets to choose). 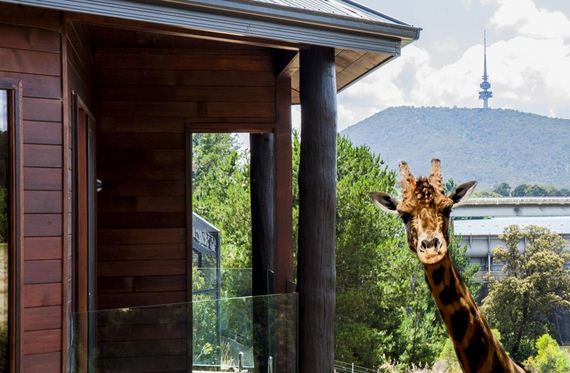 UShaka Lodge: The seven suites in the uShaka Lodge (uShaka is the Zulu word for shark) will have full view of the 52,000 gallon tank full Australian sharks and access to a top terrace packed with “inquisitive monkeys.” The suites are attached the aquarium part of the zoo, and have beautiful views of the lake nearby.

Jungle Bungalows : Every suite in the Jungle Bungalows have nothing but millimeter-thin glass walls separating you from African lions, cheetahs, or even the rare Malayan sun bear. 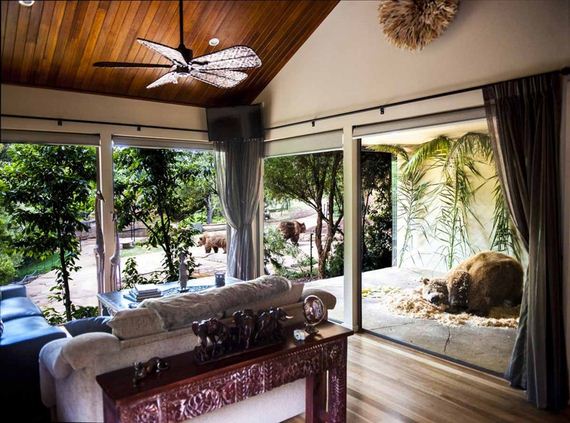 Accommodations at the hotel are available for one night only, but includes pre-dinner drinks, an African-inspired dinner in “The Cave” restaurant, and a continental breakfast the next morning. The mini bar is also complimentary. Guests will also be given access the full zoo both days, as well as an exclusive tour of the zoo each day. 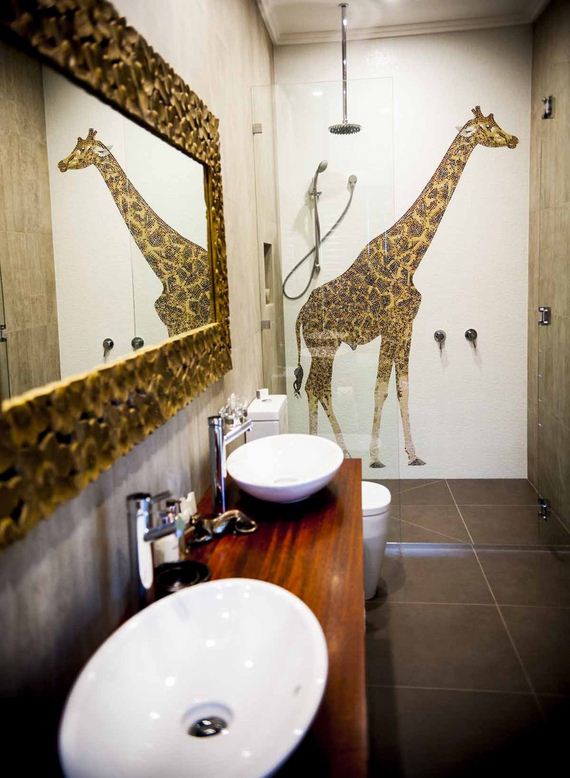 The suites and rooms are not cheap, starting at $400 per person, per night, but all profits go back to the zoo in the form of programs aimed at assisting animal reproduction at the zoo. 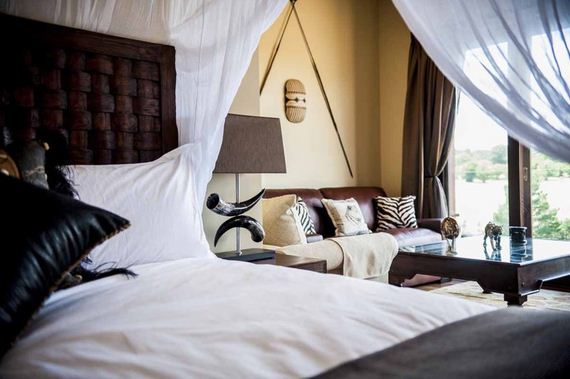