Able, the two-legged cat that’s living up to his name

World, Able. Able, World. This rescue kitten has a heart of gold despite losing his two forelegs after a freak accident during infancy. The tragic moment occurred when Able was just 1-year-old, after he fell on a loose wire while attempting to catch a bird on the roof. The incident took Able’s legs and nearly his life too after being electrocuted. But able would not go gently into that good night. 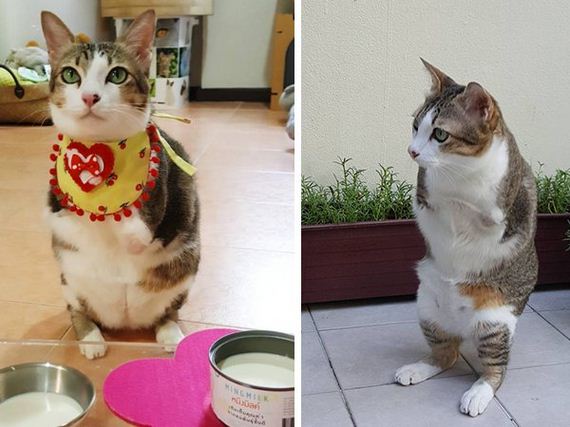 Thankfully, a kindhearted 49-year-old woman named Walai Sriboonvorakul stepped in and decided to spare the disabled cat a miserable life as a disabled cat roaming the streets of Chiang Mai, Northern Thailand, and become his caretaker. When describing Able upon her first encounter with the kitten, Sriboonvorakul explained, “The first time I saw Able, I felt such energy and inspiration to live my life,” and she adored the tenacity of the cat that had no front legs who got around by jumping like a kangaroo.

The woman did everything in her power to nurse Able back to health, and just years later the feline has made a remarkable recovery.

”We called him ‘Able’ because he can do everything just like the other animals.” The other acts he mimics include, climbing the stairs, chasing other cats, or jumping impressive heights. 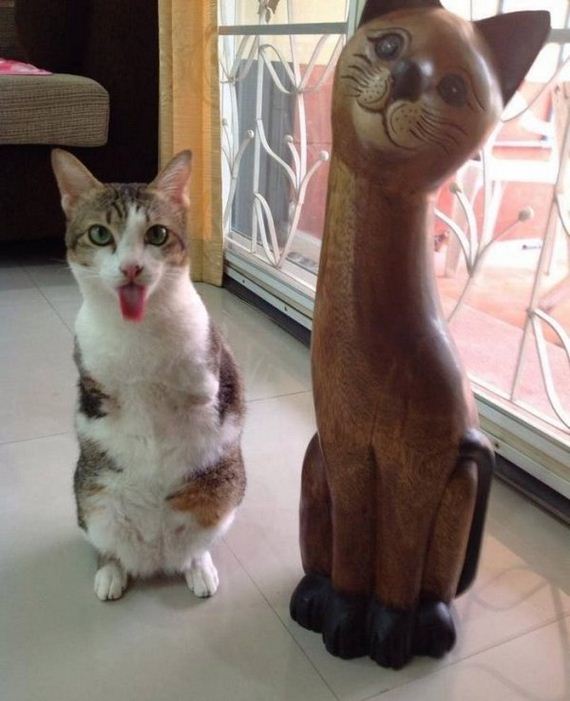 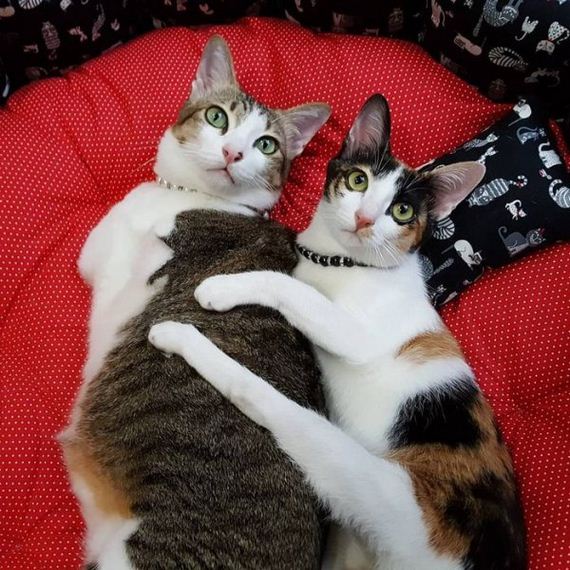 Even more incredible, Able has a sibling named Fin Fin who can’t use her hind legs, and the two cats with opposite leg problems have become inseparable. What are the odds? 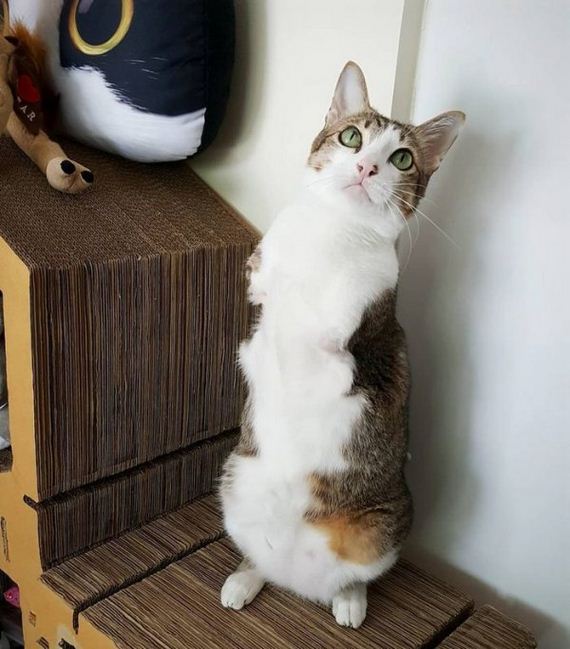 Able isn’t just a tenacious cat, he’s also quite the clever boy. According to his caretaker, “He likes to play with children and will stare into your eyes to get what he wants.” Smooth moves, Able. 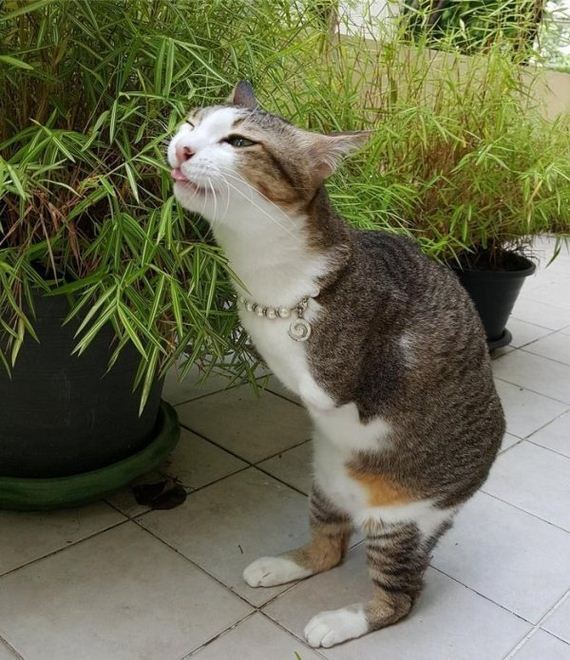 Able lives his life to the fullest, and we should all take some inspiration from this lil kitten that could. 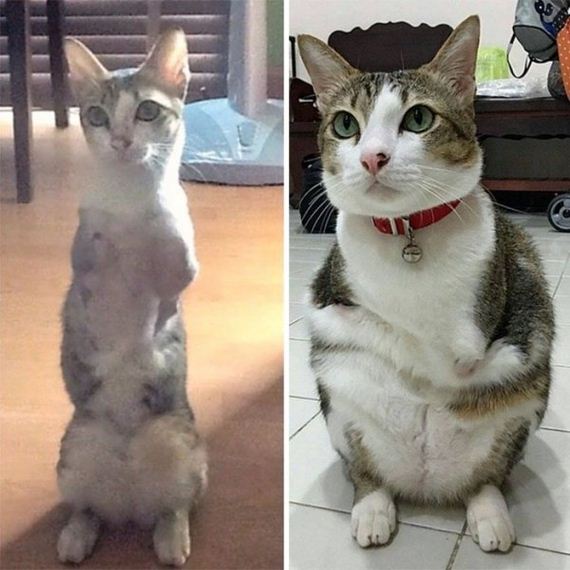 Previous #WhenHavingSexDontSay: Twitter’s guide on how to instantly kill the mood
Next What It’s Like To Celebrate Christmas With Pets