London-based artist and photographer Ellie Davis captures magical visions of the forest. Her scenes feature both the natural beauty of an area and a creation of her own making. Davis’ surreal, dreamlike images are mysterious, hinting at exploration and the realms of the unknown. The effect is at once inviting, soothing, menacing, and fraught with potential danger.

Davis uses centuries of humans’ relationship with nature and the unknown to inspire her work. She takes influence from naturalists and scientists of the modern age, as well as fairy tale heroes and mythical creatures of ancient times. In her pieces, the forests swirl with smoke, open into mysterious passageways, and twinkle with stars. Each of her collections expand on a specific theme of exploration, alienation, and connection. 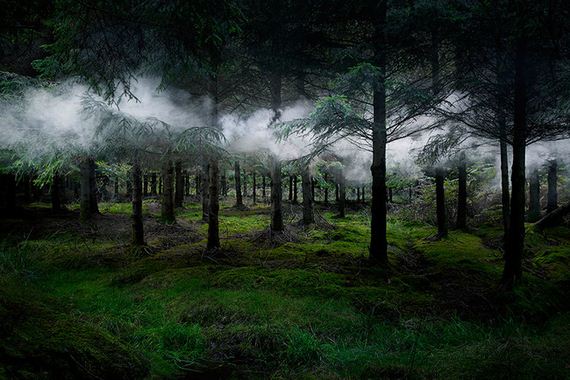 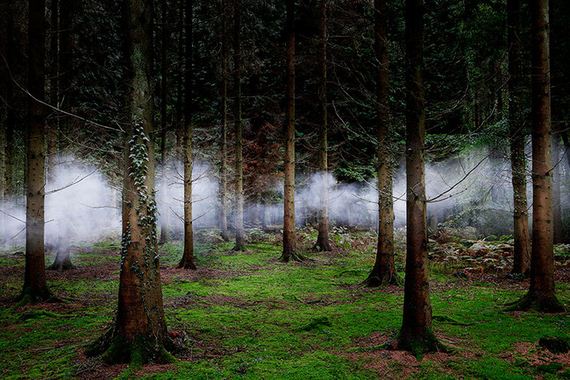 The Between the Trees series looks at the pockets of space in a forest (which is described in a poem as “the space between its trees”). It uses smoke to make those spaces appear more evident. In this series, Davis used various materials to make meandering pathways through the woods. She used pigments, paper, and natural and artificial materials for the various paths. The series explores the concepts of mapping an individual’s placement in and movement through the unknown. Knit One, Pearl One 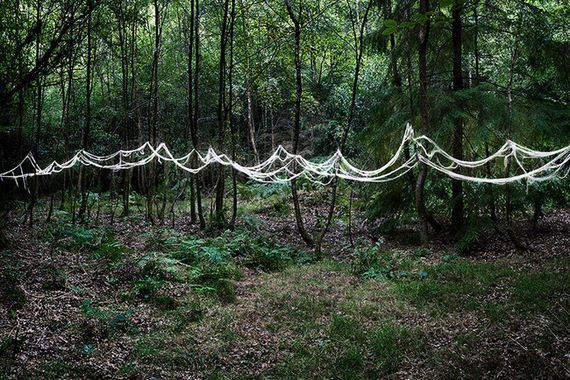 Like Come With Me, this series, which sees wool fibers woven through tree branches, also makes a kind of path. However, the material, Davis says, reflects ideas about connection between seemingly separate entities by the land itself. 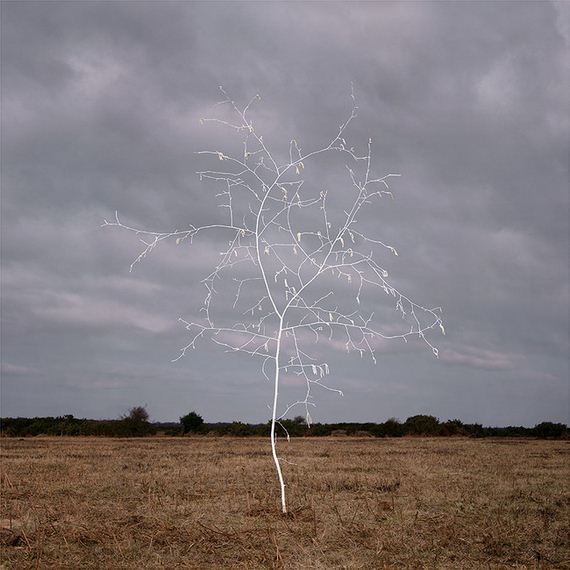 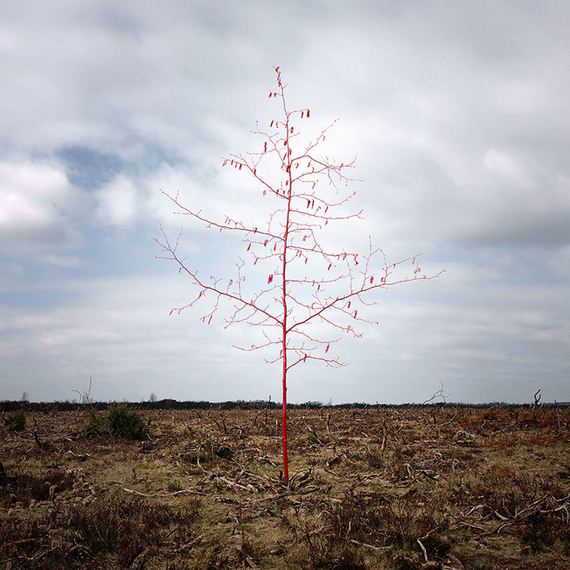 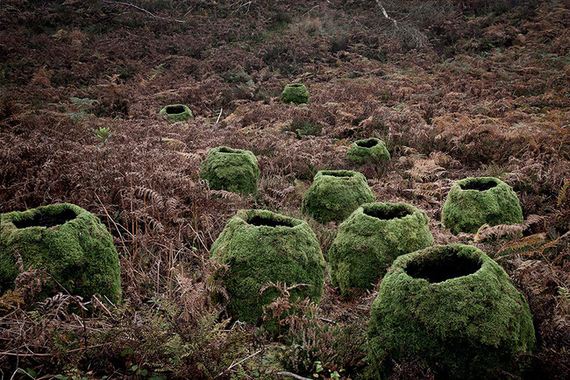 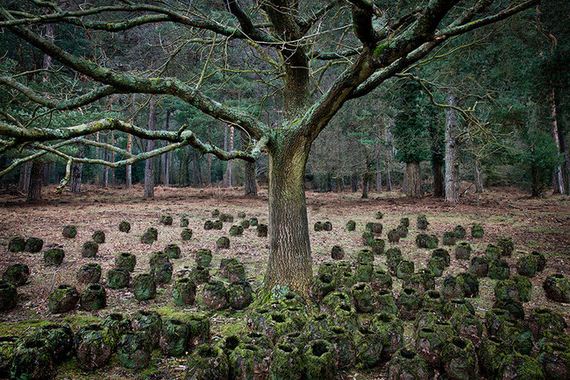 These pot-like objects, covered in mosses and other natural vegetation, are part of this series on exploration. Davis was inspired by the “new worlds” discovered by explorers and scientists over the years. She based these strange items around the idea of discovering something new. The dramatic lighting in this series turns pieces of the forest into floating “islands” that seem removed from the natural world. The darkness surrounding them seems potentially dangerous. 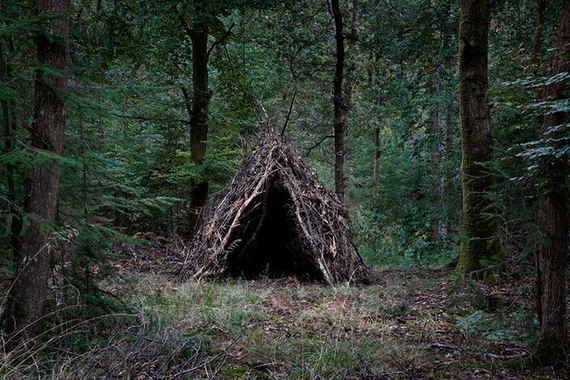 These mysterious huts made from natural materials evoke the feeling of settlement and home, particularly in the wild, as well as the pleasure, according to Davis, of building. These structures are left in the forest to degrade naturally, similar to the work of another forest artist. 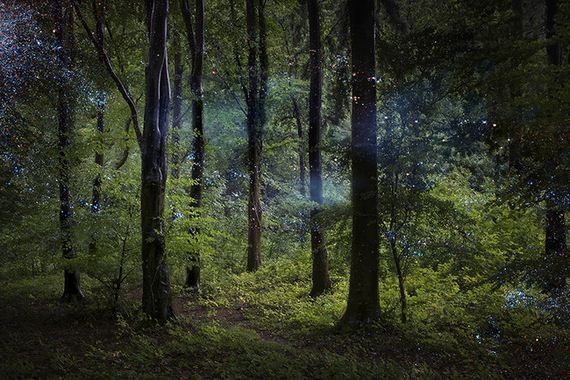 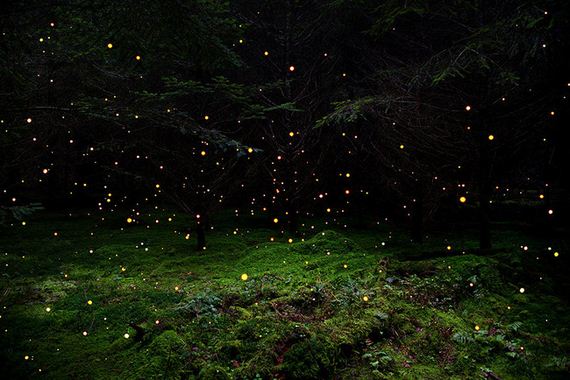 Davis’ most recent project doesn’t actually exist as the photos here show. To create these images, she combined images of the forest with images of stars from the Hubble Telescope. The combination of earthly and galactic spaces speaks to the idea that no matter how big or small, one can always explore.