An Inside Look At John Lasseter’s First Full-Length Film With Skydance Animation: Luck 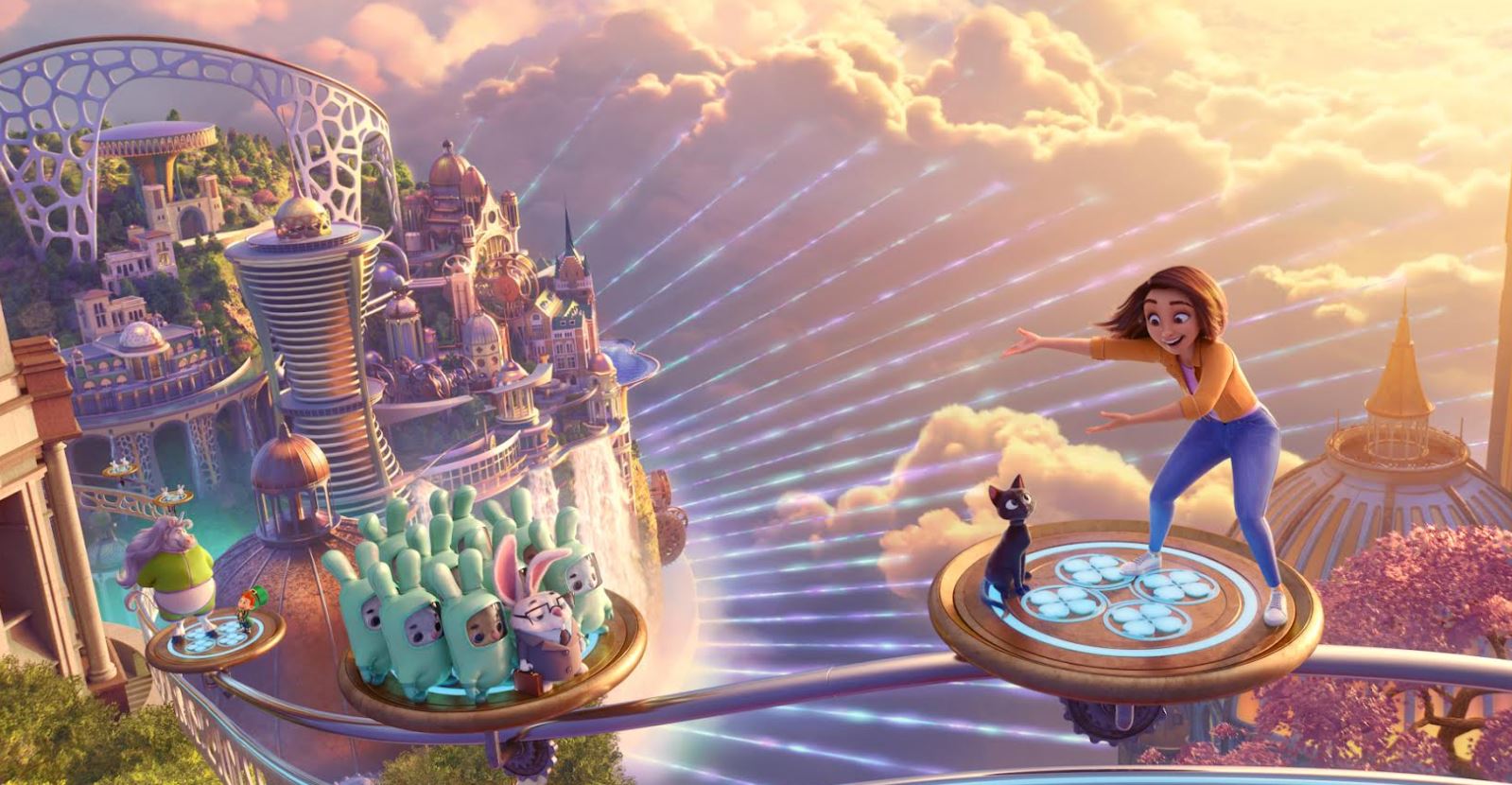 It’s unlikely that many people alive today were not impacted by an animated movie during their childhood. Walt Disney Studios and its projects dominated the world of animated films for a long time, but slowly – especially in the 1980s and 90s—other animation studios released notable films. For Millennials, Pixar was undoubtedly one of the biggest modern names in animation alongside Disney. And anyone who is a fan of either Disney or Pixar knows – even in a roundabout way – the name John Lasseter.

John Lasseter was the creative visionary behind many of the most beloved Pixar movies of the past three decades, movies that have become household names. He wrote and animated Toy Story and A Bug’s Life and provided creative direction to films like Ratatouille, the Cars franchise, the Finding Nemo franchise, Up, Coco, and more. Although he left Pixar in 2018, he still had creative projects in mind. Luckily, he was a good fit for Skydance Animation in early 2019.

Now, with John Lasseter heading up the animation team at Skydance Animation and with Apple TV+ owning exclusive rights to the first few animated films put out by the company, Skydance animation, Lasseter, and the future of animation are about to step into unknown and exciting territory with their first full-length film: Luck.

Trailers for the new John Lasseter & Skydance Animation movie Luck dropped recently, showcasing an in-depth plot that holds space for the familiar “warm-and-fuzzy” plotline you’d expect from Disney or Pixar, but with its unmistakable and unique flair. The most recent trailer starts from the point of view of Sam (voiced by Broadway’s Eva Noblezada of Miss Saigon). Sam mentions she is the unluckiest person in the world, but as the film continues, it’s clear why she thinks this. From the start of her day, it’s mishap after mishap. Try waking up a minute before an important meeting and getting locked in her own bathroom. Or, think about how impossible it might be for her to eat breakfast due to her unluckiness.

From the start of the day until the end, one unfortunate thing after another happens to Sam.

But one day, she finds a lucky penny that she claims will change her life. Suddenly, she’s able to get things done quickly and correctly, and without all the unwanted shenanigans of her past life! Unfortunately, Sam accidentally flushes the penny down the toilet before she has much chance to reap its benefits. Feeling discouraged, she heads home – but finds herself talking to a black cat. Curious, as one might be to talk to a black cat, she follows the talking black cat to a wormhole that takes her to a magical land.

Joining Eva Noblezada is a cast of several big names, including:

Peggy Holmes will be directing Luck. Along with John Lasseter, Luck will be produced by Dana Goldberg, David Eisenmann, and David Ellison. The film is a product of Skydance Animation studios and one of many to come from the partnership between Skydance Animation and Apple TV+.

Skydance Media, the parent company of Skydance Animation, has been producing movies for decades now. Originally Skydance Productions, Skydance Media creates live-action films for various genres, some of its most notable being True Grit, The Mission Impossible franchise, and Top Gun: Maverick. However, until 2017, Skydance did not have a dedicated animation team to head up animation projects.

In 2019, John Lasseter signed on to the Skydance Animation team as their head of animation in early January. He joined just a year before the pandemic hit, which required innovative thinking to make it through. It’s possible that without the innovative thinking of the computer animation mastermind, things could have gotten rough for Skydance Animation. But with his experience, John Lasseter could work through the pandemic and produce Luck, Blush, and get started on Spellbound for the animation company.

John Lasseter is an animation expert with a background in traditional and digital animation. He grew up interested in art, which his art-teacher mother further fostered. In his early artistic career, Lasseter’s mother encouraged him to pursue a career in animation and even guided him toward an internship with Walt Disney Studios.

In 1975, he joined the CalArts animation program (where he initially met Brad Bird) and worked for Walt Disney Studios after graduation. Lasseter worked on many classic 1980s Disney animations, including The Fox and the Hound and The Black Cauldron. He moved to Lucasfilm to pursue a burgeoning interest in computer animation. At the time, computer animation was just taking off, and Lasseter was fascinated by it.

Eventually, George Lucas sold Lucasfilm Computer Graphics – which became Pixar. John Lasseter stayed with Pixar, and the rest is history. He was the mastermind behind Pixar’s first famous animated short (Luxo, Jr.) and its first major motion picture, Toy Story. After the success of Toy Story, Lasseter rose to the ranks through Pixar, eventually leaving Pixar in 2019. Shortly afterward, he joined Skydance Animation as head of animation.

Luck will be his first full-length feature animation since leaving Pixar. Because of this, Luck has been highly anticipated and has scored several partnerships.

As a children’s movie, Luck garnered a lot of attention from potential partners for its marketability. As a result, Skydance has signed partnerships with several leading family entertainment brands for products related to its film.

These are only among some of the newest partnerships between Skydance and brand partners, and many more will likely pop up after the early August release of the movie on Apple TV+.

What Does SkyDance Animation’s Partnership With Apple TV+ Mean For Its Animated Movies?

One of the most significant partnerships involving Skydance Animation was its deal with AppleTV+ to produce a set number of animated movies, Luck only being the first of several. To some, it may seem like making movies streaming exclusively is a risky move. However, Skydance Animation’s move toward streaming is a nod to the head of animation, John Lasseter’s trust in emerging technologies. Having joined the studio right before 2020, it is clear that it would have to think on its feet for a new animation studio to stay alive.

Since that seminal year, more viewers have been switching to streaming exclusive, with less viewership at the movies and even less inclined to purchase physical DVDs to watch these movies on. Although there won’t be a box office, Skydance Animation was provided a set stipend to create these movies, which at bare minimum gets their products out worldwide. However, their on-demand availability via Apple TV+ will likely be an asset in a post-pandemic world, where people are looking for something to enjoy from home. Luck is only the beginning of Skydance Animation’s commitment to making that happen.

Luck will be available beginning August 5th, 2022 – exclusively on Apple TV+ with a subscription.