Ancient warriors and the weapons they mastered 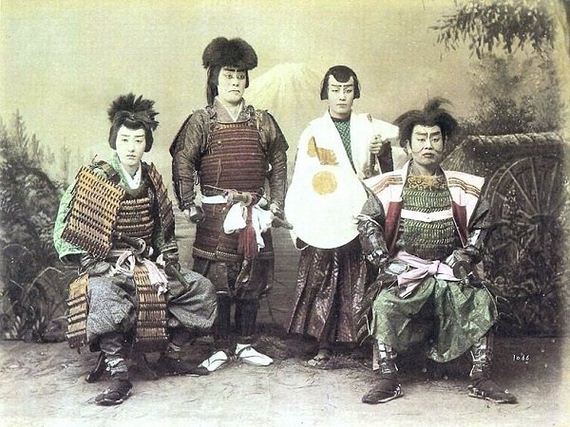 Incredibly sharp, slightly curved, long gripped, and one of the most recognizable weapons in the world, the Katana is truly a stunning piece of Japanese history. The blade of a Katana is always greater than 60 cm and typically has a square or circular guard. The grip is long so that the samurai can use two hands to hold it, despite the fact that the sword itself is relatively light. Historians tend to agree that the Katana is one of the finest cutting and slicing weapons in history.

French musketeers were guards and fighters of the French military who were given muskets by Louis XIII that fought both on foot and on horseback. 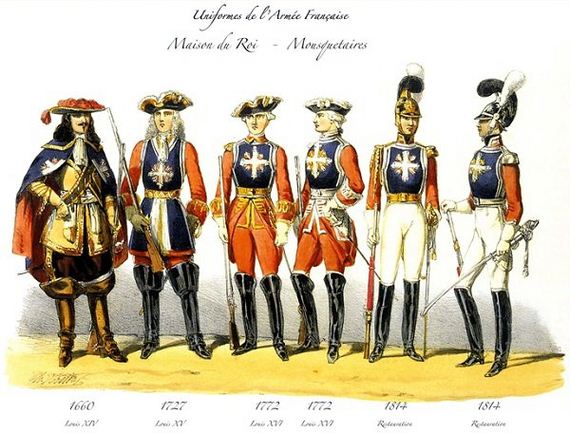 Okay, Musketeers were given muskets, but this post is about swords so here’s a look at the rapier.

These long-bladed swords originated in Spain and come equipped with beautiful protective hilts. While these swords can be used to cut and slice, their main purpose is to perform quick thrusting attacks. The interesting thing about these swords is that the blades can be sharpened along the entire blade, or sharpened from the middle of the blade to the tip. 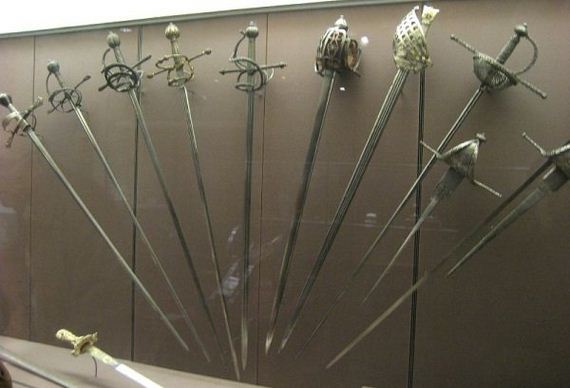 Ranked according to their success on the battlefield, Aztec Warriors consisted of fighters who enjoyed a high status life. 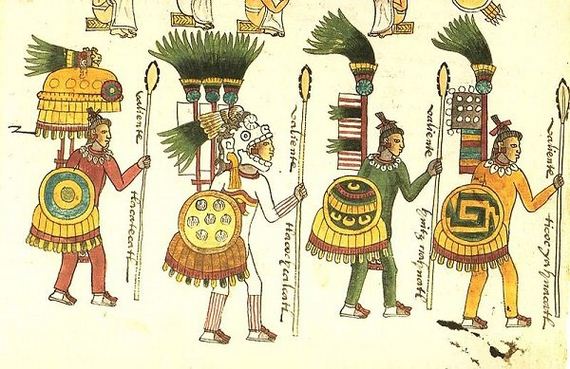 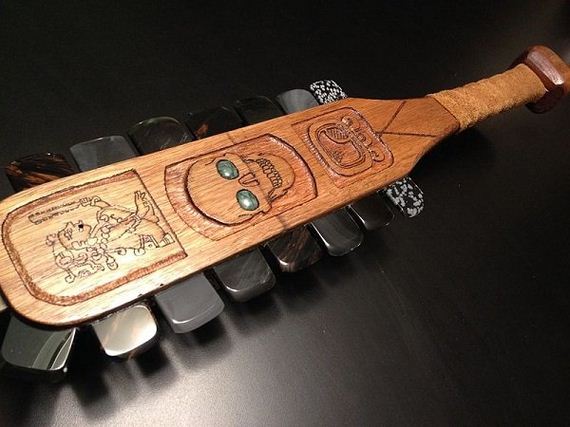 The Rajputs rose to power during the late 6th century and were considered to be incredibly well built for fighting. 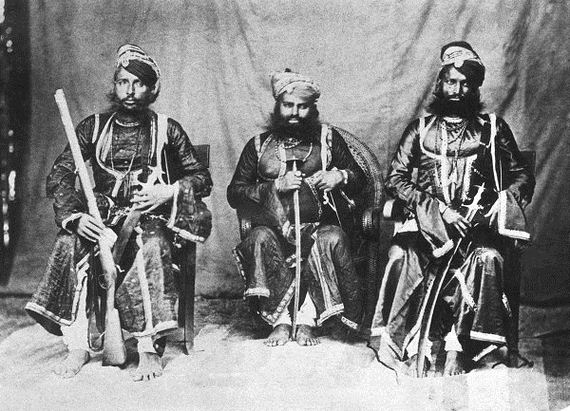 This double edged straight sword features a typically blunt point and a strengthening plate along one end. These swords also have a spike coming out of the bottom which can be used for double handed stroke. That’s what she said. 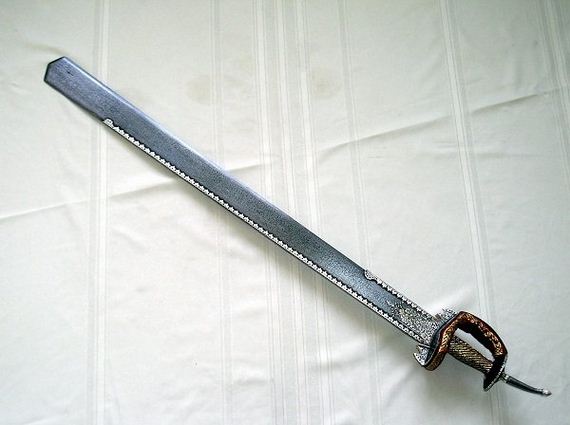 Vikings were Norse seafarers who instilled fear in anyone who was unlucky enough to cross their path. Known for their raw aggression and unorthodox fighting style, the vikings ravaged their way through villages with with some cool looking swords. 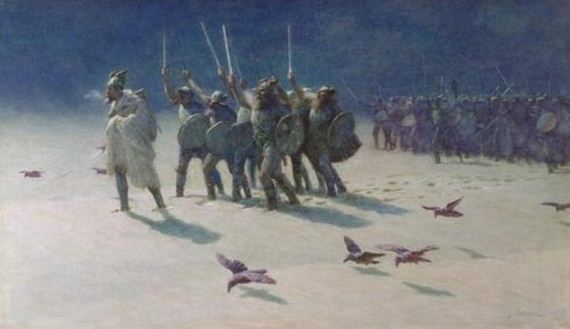 According to Norse law, free Norse men had to own a weapon and have it on them at all times. Viking swords were typically built to be used with one arm, leaving the other am free for the use of a shield. The swords they used were double edged and were as long as 90 cm. The design was very similar to that of a Roman Spatha. If you were of a higher status, your sword would likely be decorated with expensive jewels and metals. The sword’s hilt was often made of organic materials such as wood or the antler of an animal. 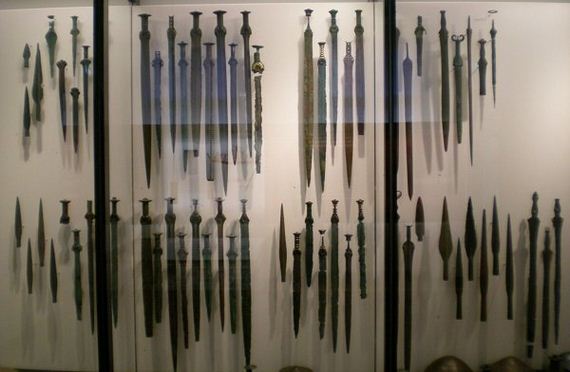 Armed warriors who fought in front of the masses for their entertainment, gladiators were well versed in fighting with swords. 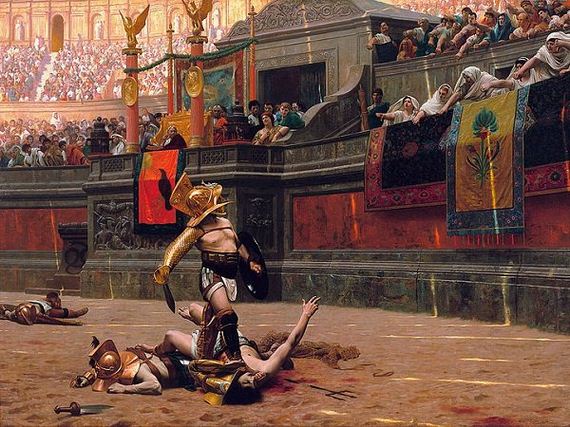 The most common weapon used by a gladiator was the gladius, named so because it is Latin for sword. This sword was double edged with a tapered point, which made it ideal for both slashing and stabbing. It was typical to find the owners name engraved on the blade as well. The hilt, or capulus, was often heavily decorated if you were an officer or someone of high status. 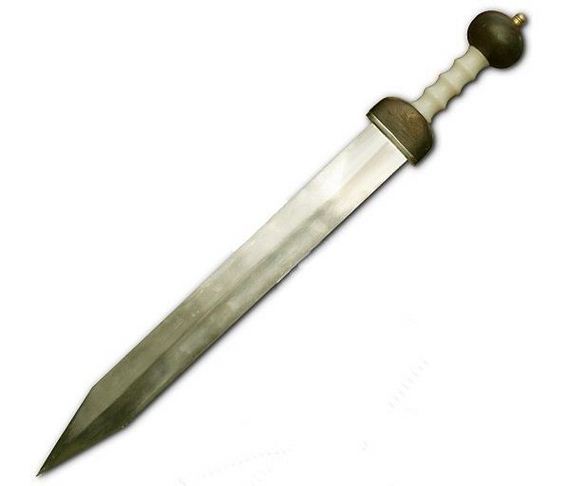 Previous There are only 2 kinds of people in this world
Next Funny Pictures Vol.1357