And What Is That?

“What is the structure, and what purpose does the light (flare?) serve” 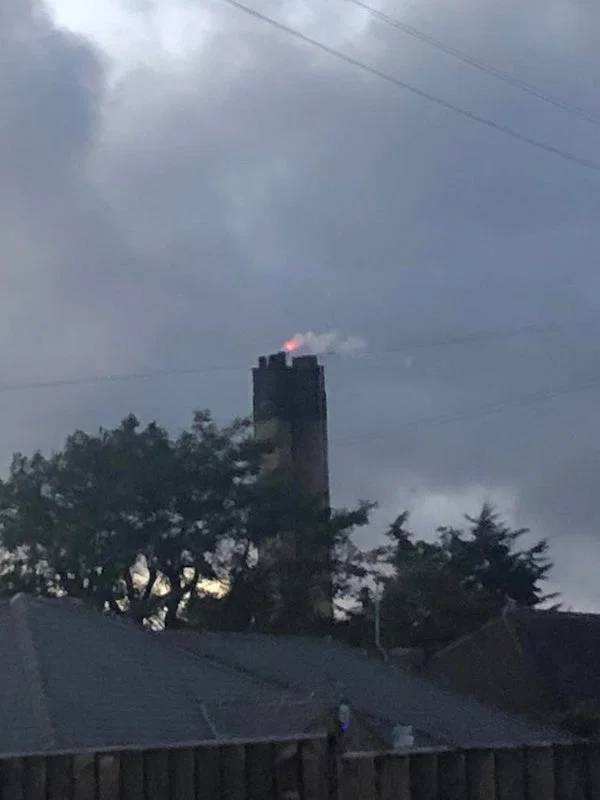 A: “Looks like a factory where whatever they make also produces a flammable gas a by product. They just seem to burn it off instead of letting it build up to dangerous levels”

“What is this thing? Found it as a kid and have never known what it is. Slightly heavier than it looks. Says US 4 inch on one side that also has an “L” in a diamond, the other side has some mark I can’t make out. The triangle is 4 inches from base to tip.” 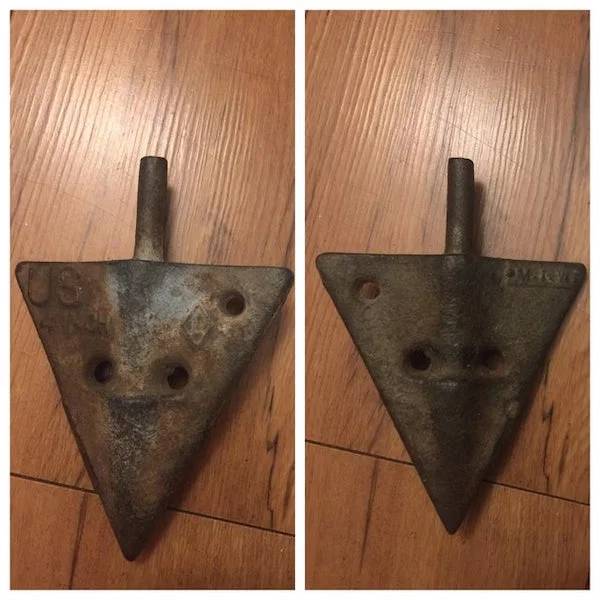 A: “I believe this is an “earth anchor” sometimes called an “arrow head anchor”. The part that sticks up opposite the point fits into a shaft and it gets driven into the ground. There’s usually a steel cable that gets routed through the holes.”

“Why does this mailbox of letters around it? Building was built in the early 1900s” 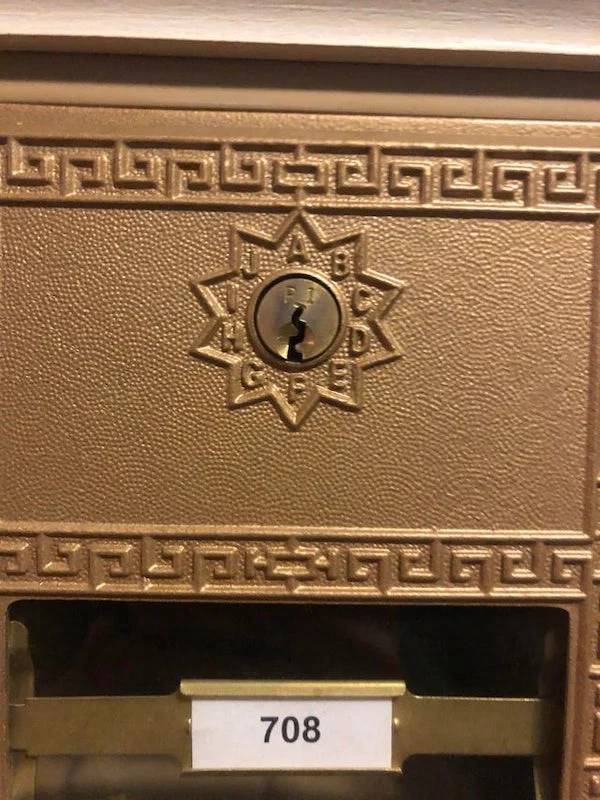 A:” It used to be a combination lock. Now retrofitted with a key lock.”

“Found this behind the reception desk of a hotel abandoned in the early 90’s. Any idea on what purpose it served?” 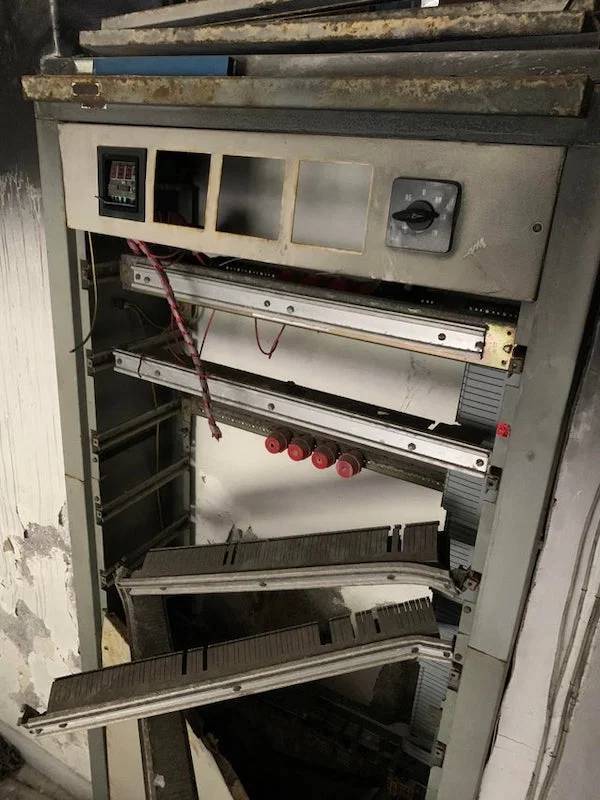 A: “I’d imagine it’s the rack for the telephone system.”

“I moved into an old house and found this screwed to the power outlet. It’s warm to the touch, and has apparently been here for years. What is this?” 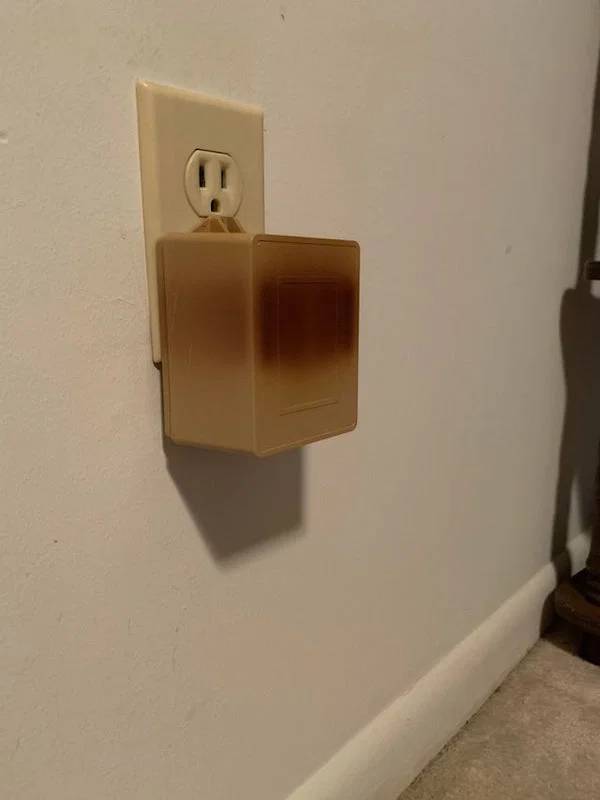 A: “It’s a transformer. Probably for a burglar alarm, but could be for a sprinkler controller or other low voltage system.”

“Found at a playground in Minnesota, US. It’s the same size as a dime and is super thick.” 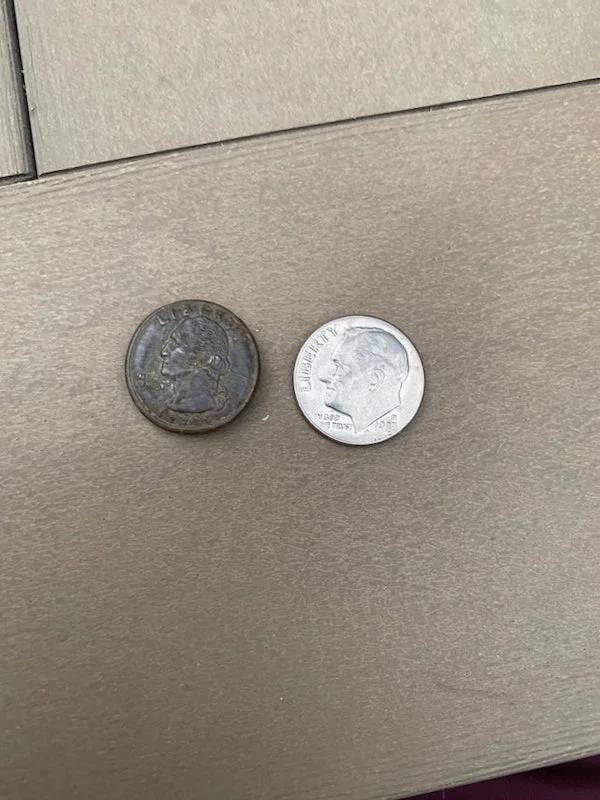 A: “Quarter shrunk with electromagnets”

“What is the white stuff around this dead fly?” 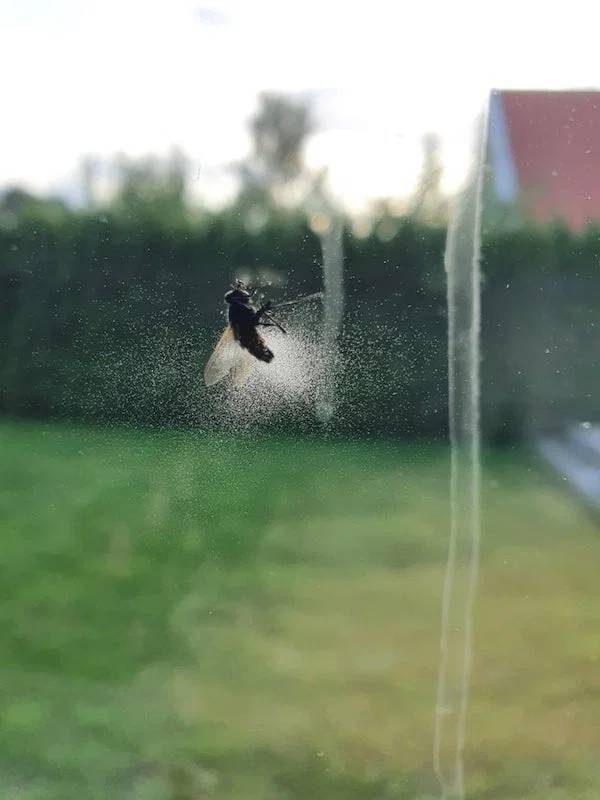 “These tongs were in the bathroom of an old hotel room. Any idea of the purpose? They aren’t old, but what are they and why are they there?” 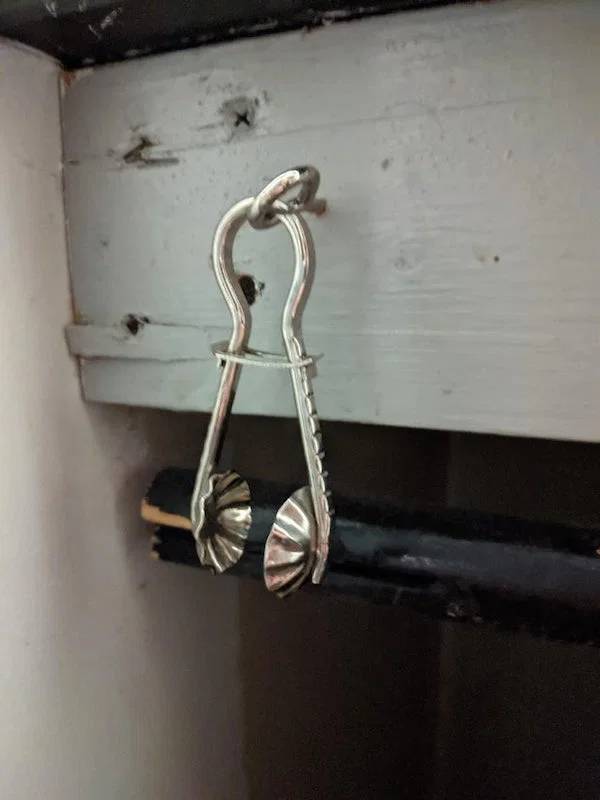 “Is it possible to say what this thing is? Discarded during renovations in an apartment building” 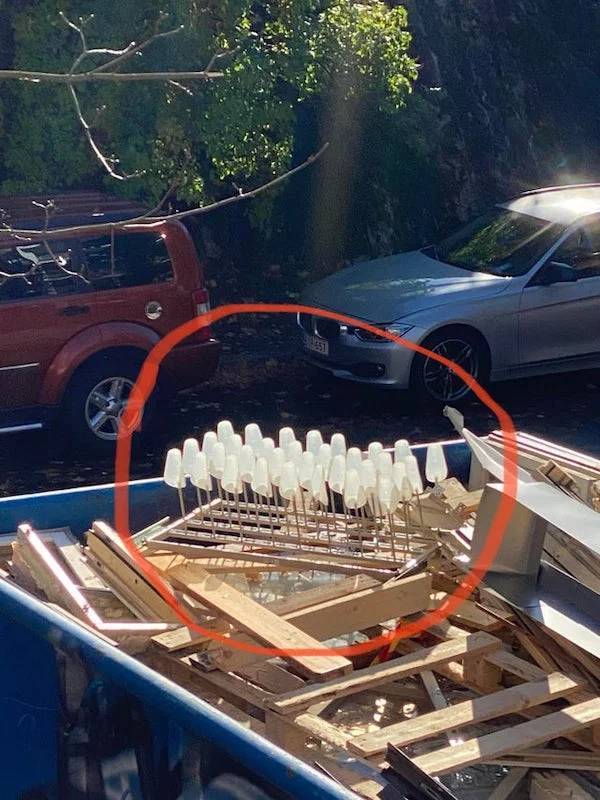 “Hello, they erected this thing in the center of a neighborhood, its blocked off by a green tarp wall on each side.” 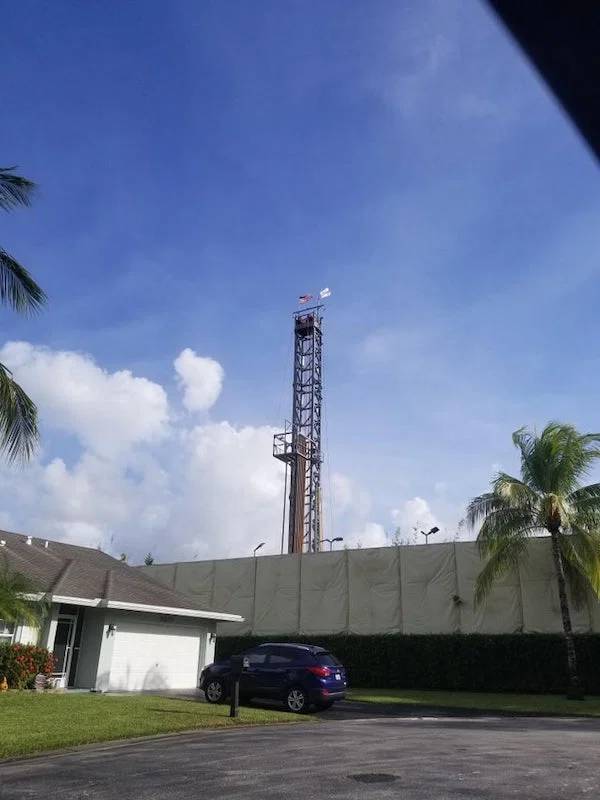 A: “This is a drilling rig. Fracing is a separate process. Anywho… I looked on the FL Oil and Gas Map and it only shows one well in Broward County and it looks like the permit was terminated in 2017. I don’t see any permits pending on Broward County. According to Baker Hughes rig count, there isn’t any rigs running in Florida. In other words, this doesn’t appear to be an oil and gas well site.”

“What is this thing? They are yellow, hard and round. Found it in succulent soil. Haven’t seen them before today. They were maybe buried inside and washed up when I watered the succulent.” 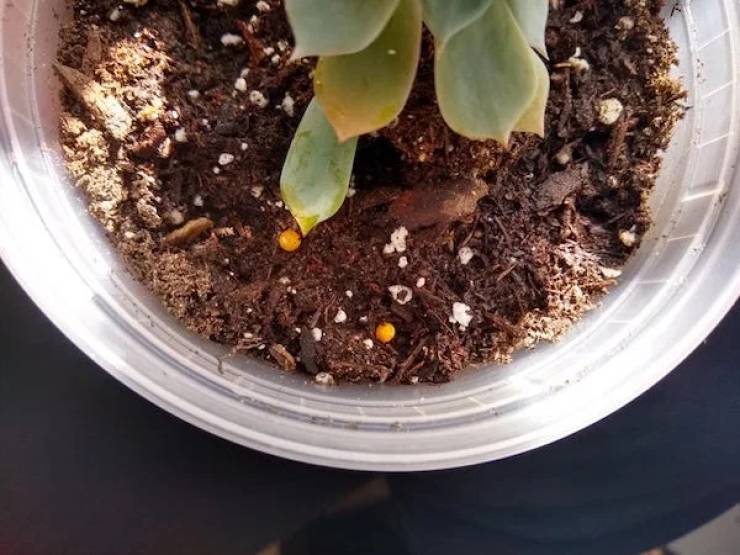 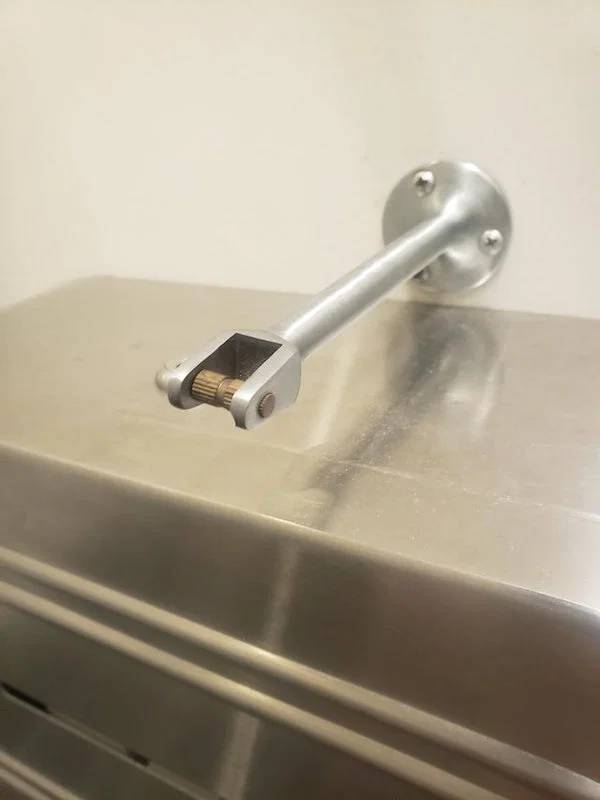 A: “There used to be a rubber roller around the middle piece. These usually get solved as a door-stop and/or purse hook. The roller reduces the chance of something getting caught on a static rubber bumper, like clothing as you pass it.” 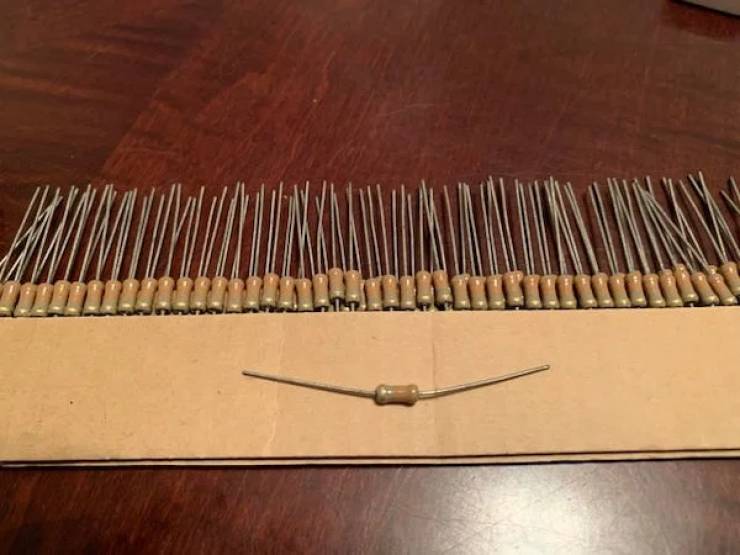 A: “Resistors for circuit boards”

“Found just off the trail while hiking. It says “Research Project” but I’m curious what it would be researching.” 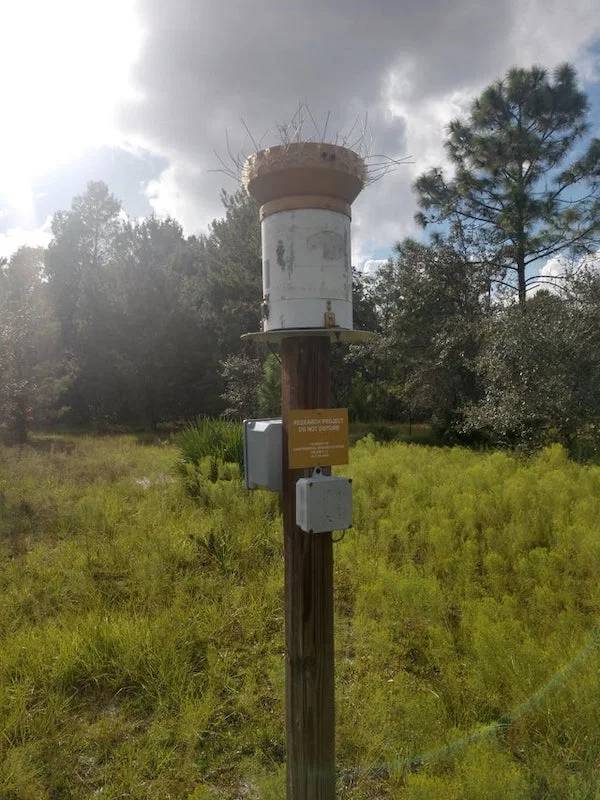 A: “Appears to be a remote weather station / rain gauge.”

“Cast iron. About 6″ long and 2 1/2″ wide. Weigh about 8oz each. Appear to be left and right so maybe something that goes on shoes.” 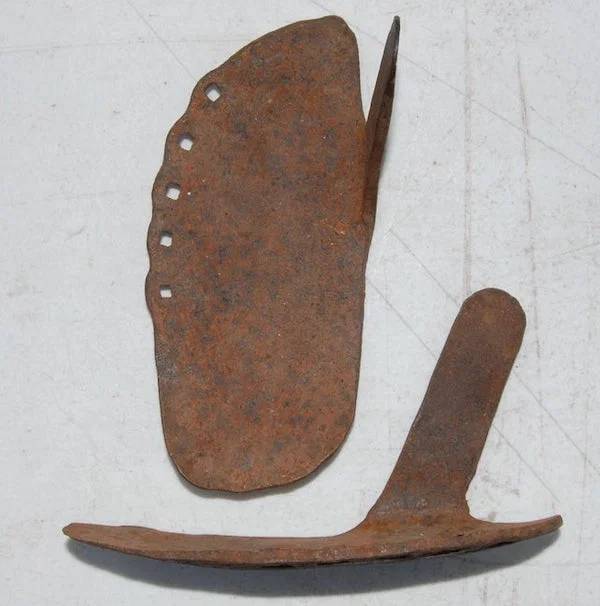 A: “More research has determined that they’re oxen shoes. 2 parts are used for each hoof.”

“Found in thrift store. Made of spongey fabric. Plastic peekaboo window at bottom.” 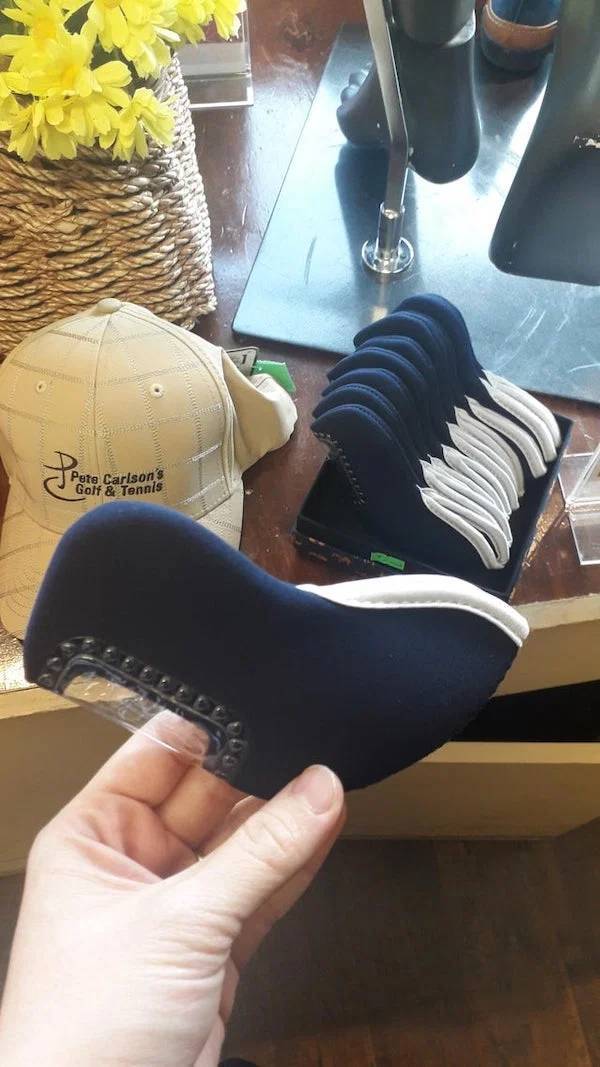 “Found in my grandparents loft, they’ve no idea what it is of where its from” 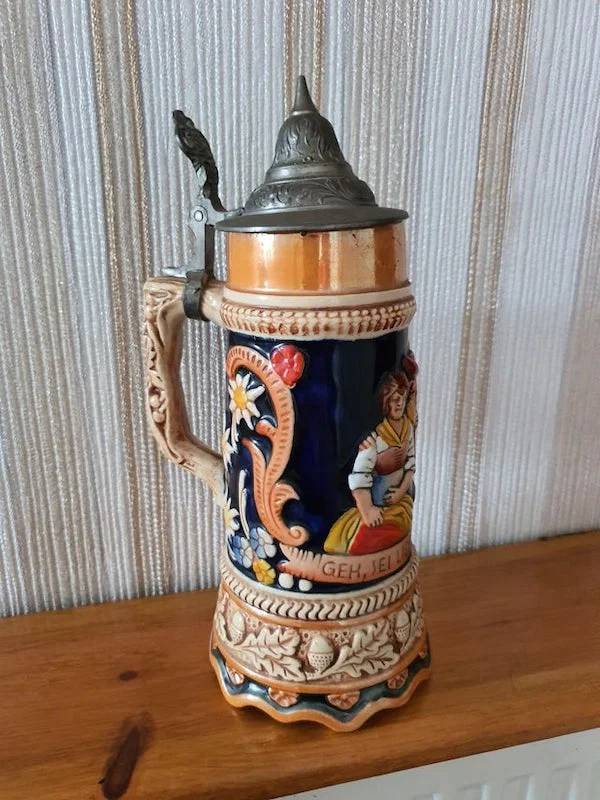 “Found while turning garden this spring in the Appalachian foothills of East Tennessee. What is this thing?” 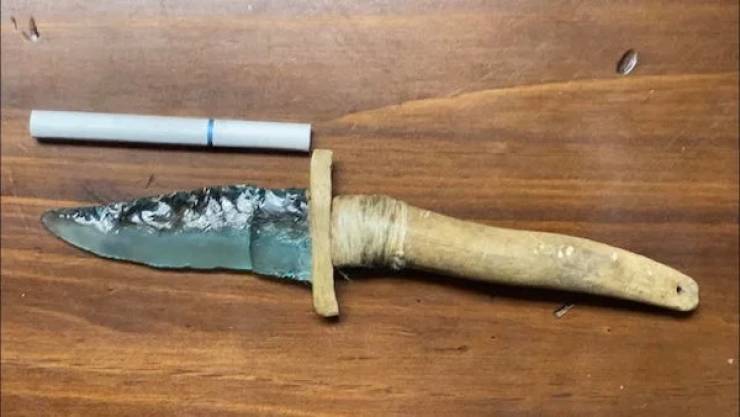 A: “A knapped flint knife. The handle is probably deer antler, bone would be hollow and too soft. The binding looks to be sinew. It doesn’t seem to be all that old. It’s probably a Boy Scout or survival class project.” A: “It’s a fitting that attaches to a irrigation line . Then you blow water out of the line with a air hose to get it ready for winter (blowing out the sprinklers). This is the same kind of stem that is on your car tires.” 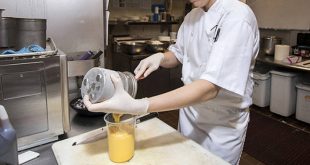 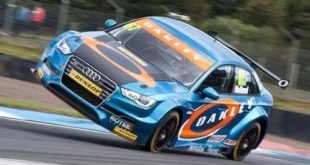