Along with the Angora cat and the Angora goat, these three animals are responsible for that Angora wool ugly Christmas sweater that your aunt bought you last year and you ‘pretend’ to have lost. 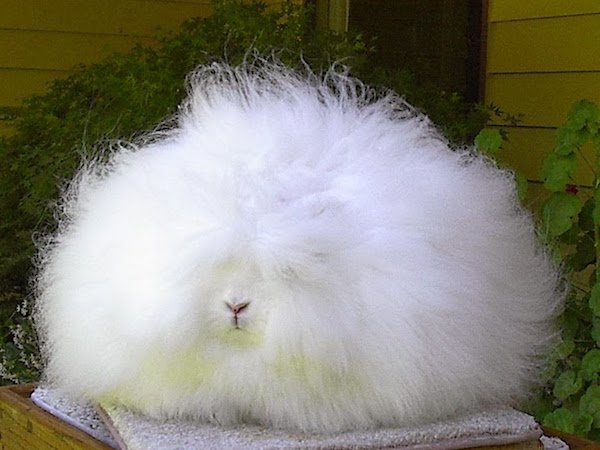 In the early 18th century, when sightseeing sailors pulled into the Angora port, they found the shawls that the native women were wearing, to be incredibly beautiful and silky. So they found some Angora rabbits and brought them back to France. There, they were domesticated as pets for the French royalty and became widespread throughout the country. 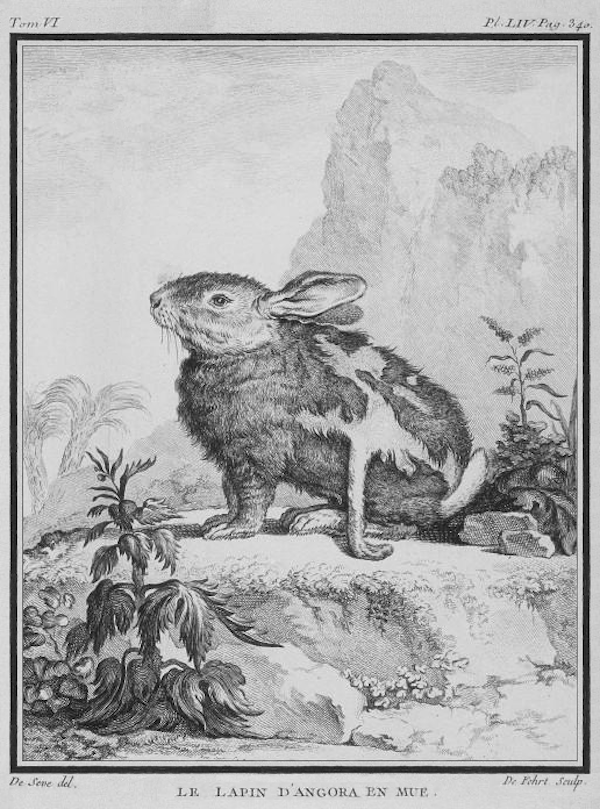 The French also saw the commercial possibilities of the rabbit’s wool and started breeding them and spinning the wool into yarn to make Angora products. Those poor bunnies.

Nowadays, the Angora wool you find in the craft stores or in your sweaters, wool caps and scarves generally come from the Angora goat and are a mixture. Sometimes, though, you get a a bit of that bunny fur and it’s a dream come true. 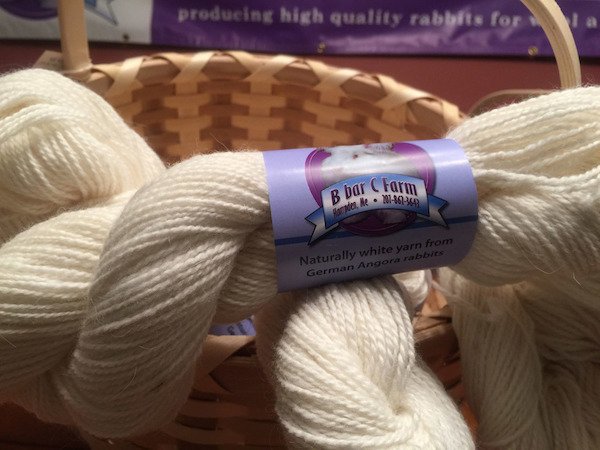 At the moment, there’s 5 breeds of Angora rabbits – the English Angora which are the big white fluffs; the French Angora, which have the best fur for spinning; the Giant Angora, which is intensely coloured; the Satin Angora, which has the most lustrous fir for finer Angora products and the German Angora, which isn’t officially recognized by the ARBA (American Rabbit Breeders Association) as an Angora bunny. 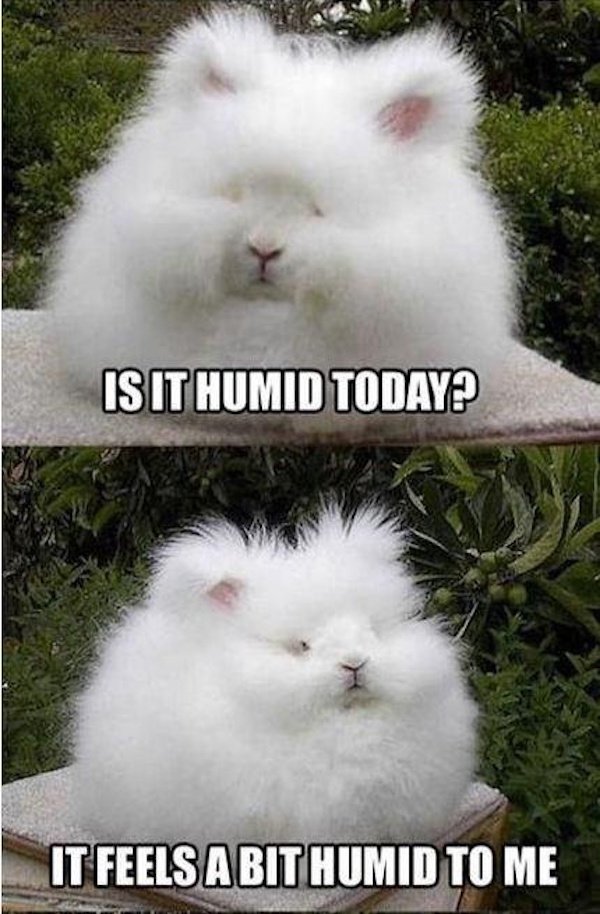 They usually weight between 6 and 12 pounds and are hypo allergenic. But if you’re thinking of getting one as a pet, they’re a bit of work. You need to shave them every 90 days, or else the fur gets matted and they have trouble seeing and/or moving. They also tend to ingest wool while they clean themselves and can’t digest it, causing them to fill up on fluff and get sick.

Despite all that though, don’t you just want a bevy of bunnies? I do.

Just look at them! 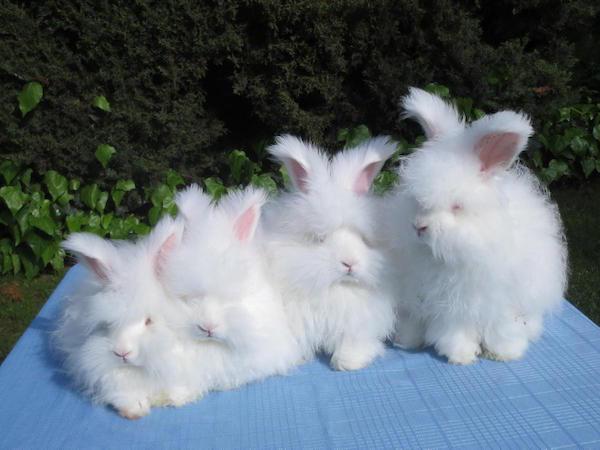 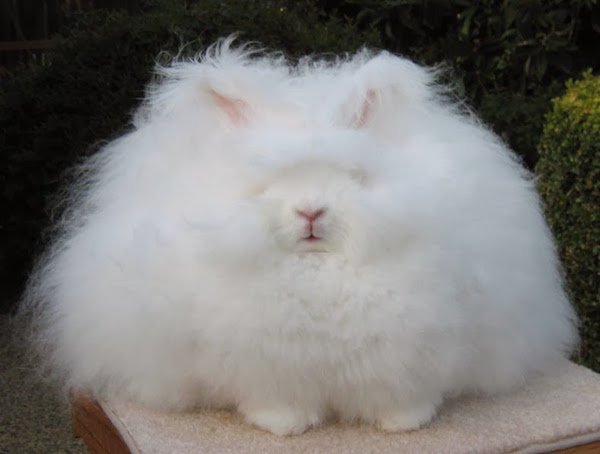 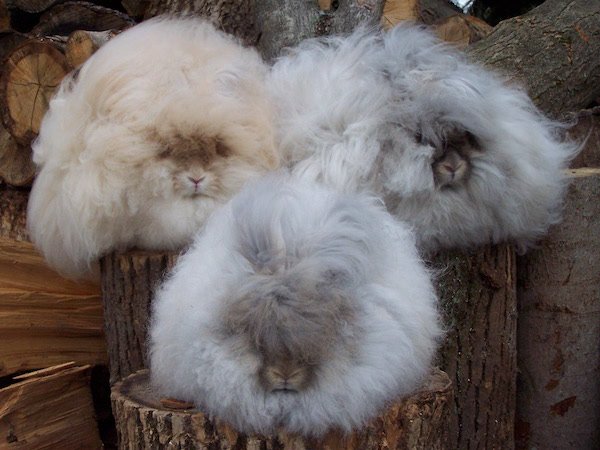 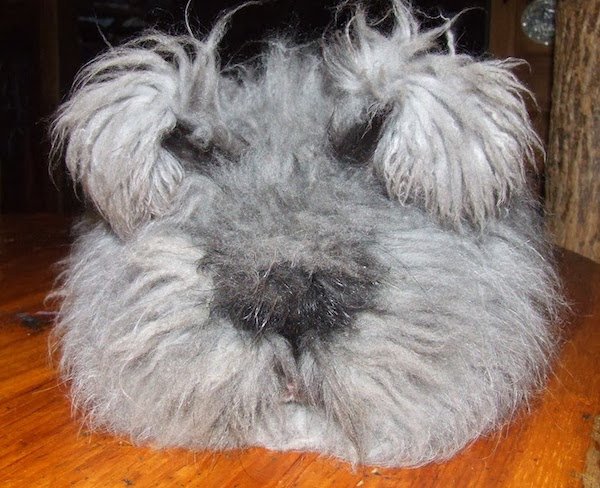 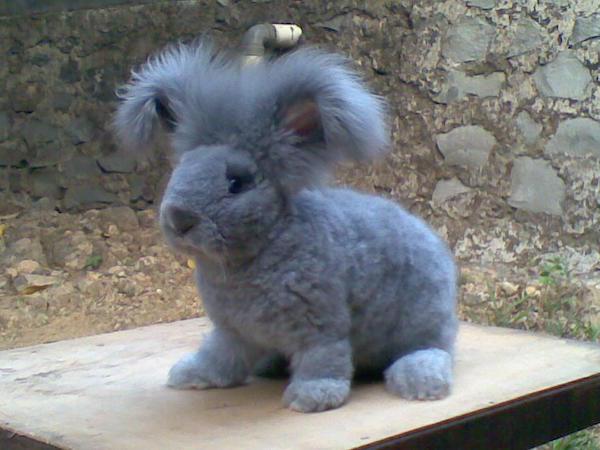 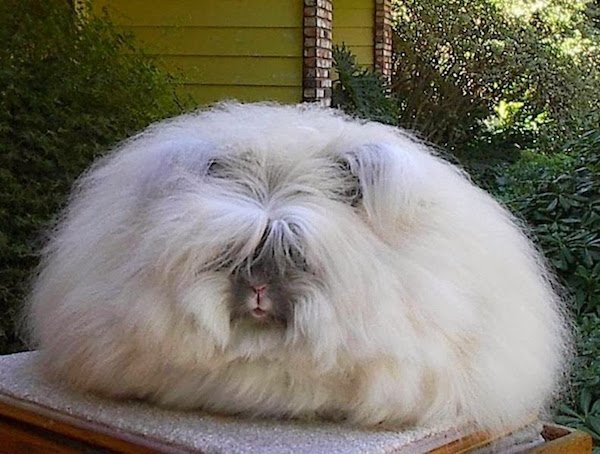 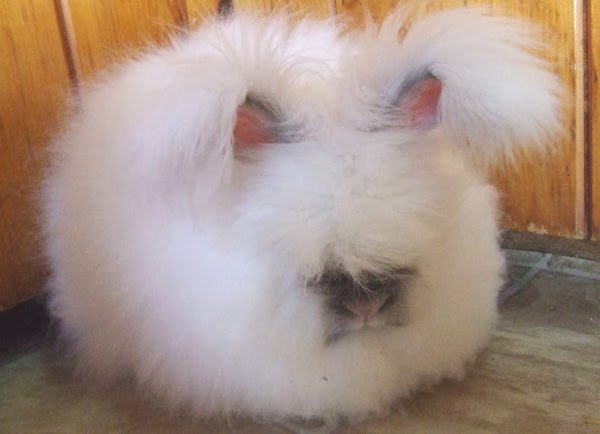 I could die happy in a cage with these fluffers! 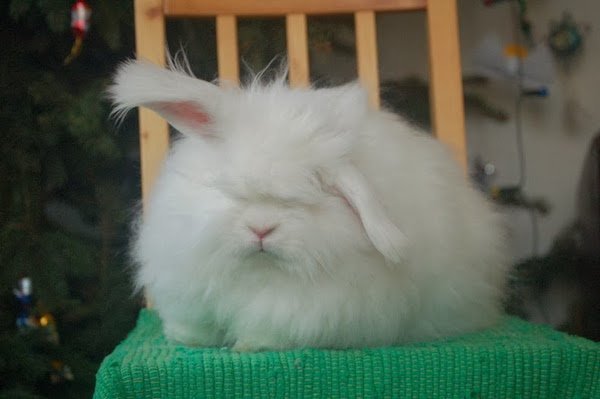