Archeologists Reconstruct Faces Of People Who Lived 1000 Of Years Ago 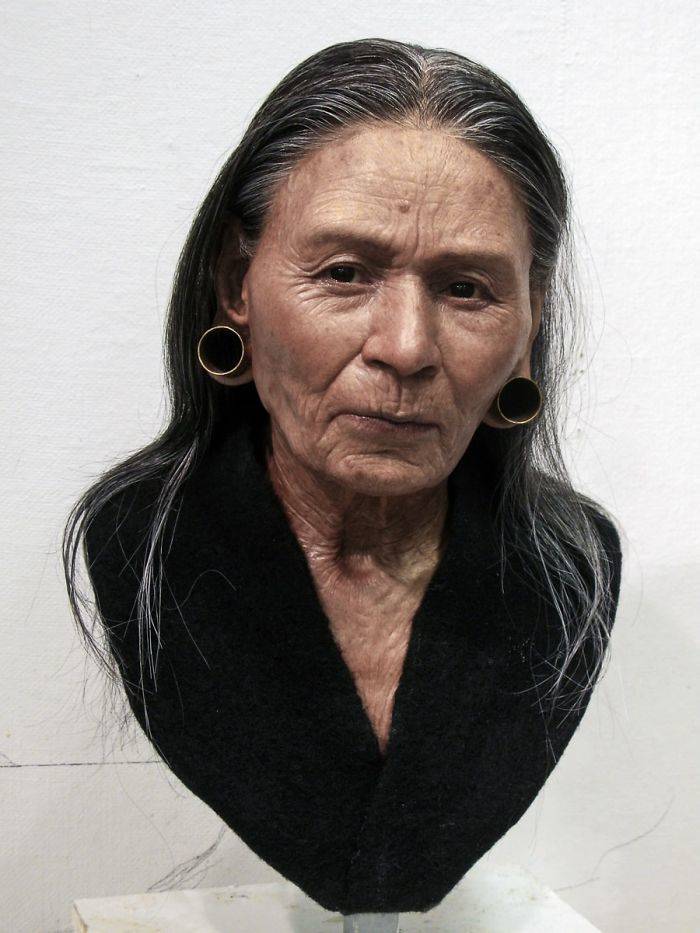 In 2012, in the north-west of Peru, a tomb was discovered during excavations by a Polish archeological group. The burial relating to the Indian culture of Wari (later the Empire of the Incas), was a real find for scientists because it was not looted. In the tomb were found the remains of 58 noblewomen of different ages, buried with extraordinary luxuries. One woman, in particular, nicknamed Huarmey Queen, was buried more extravagantly than others. She was laid to rest in the company of jewelry, and other luxuries, including gold ear flares, a silver goblet, a copper ceremonial axe and, among other things, expensive textiles. In those times, textiles were considered more valuable than gold and silver due to the amount of effort it was required to weave one. It would sometimes take two to three generations to weave. After careful examination, it was revealed that while Huarmey Queen spent most of her time sitting, she put her upper body to great use – weaving. It was also evident that this woman was highly praised for her expertise in the subject as her resting place was filled with weaving tools crafted out of gold. 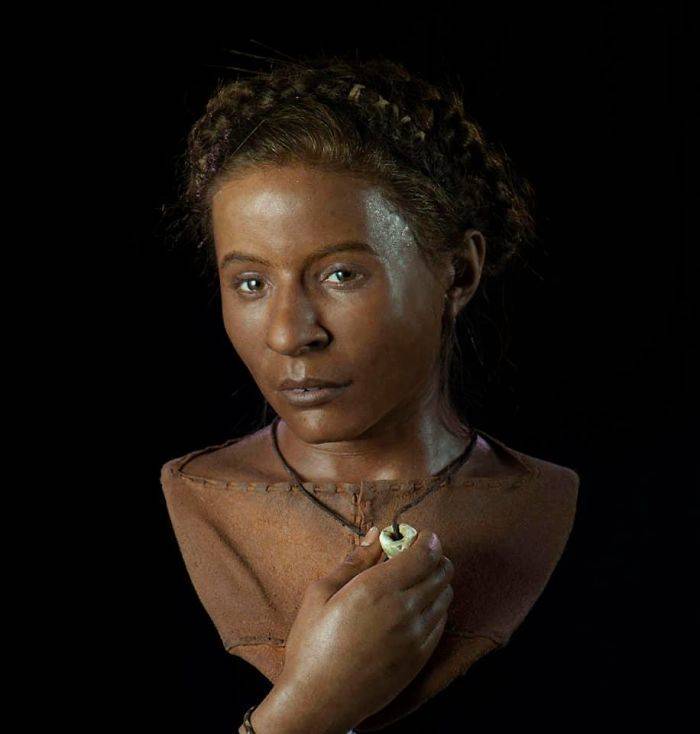 This girl died at the age of 20. She was buried with a baby on her chest. Probably death was caused by difficult childbirth. Its DNA is not so well preserved, but from other discovered graves of that period, it can be said that the people who lived in Brighton (United Kingdom) were not white. Their skin color was similar to that of modern people from North Africa. 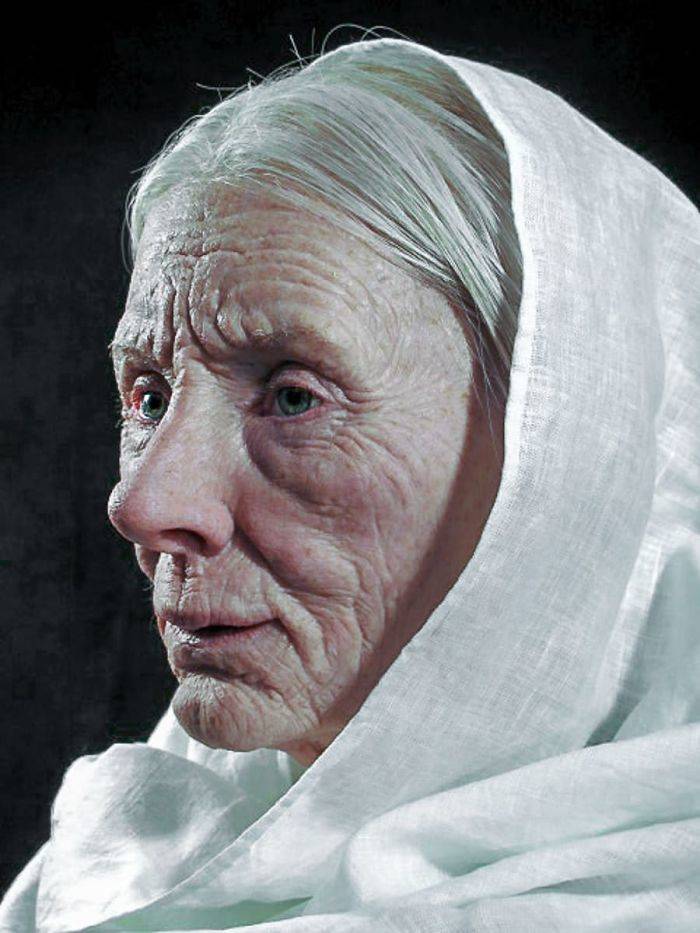 It is assumed that this is Estrid Sigfastdotter, who lived in the XI century AD. er, She was an influential and rich woman who lived near Stockholm, in Taby. A series of runestones found in the burial site tells about her life and family. She lived a very long life for those times – about 80 years. This is despite the fact that in the Viking Age, life expectancy was only 35 years. The appearance of the woman was restored by the remains found near the runestone, established in honor of her first husband, who died in Byzantium. Probably, Estrid was engaged in the improvement of her native land, the construction of roads and bridges. 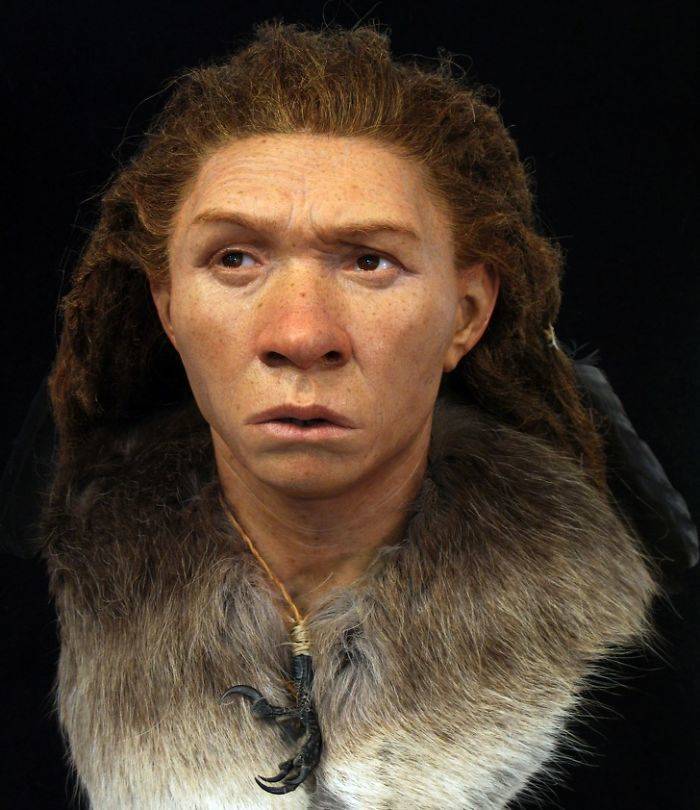 This lady lived about 45-50 thousand years ago. Her remains were discovered during excavations in 1848 in Gibraltar. On his Facebook, archaeologist Oscar Nilsson notes: “Finally a few words on something I thought of and struggled with, as I saw this Neanderthal face take shape. How “human” should this face appear? They were not Homo Sapiens after all. I came to the conclusion that she must have a human glimpse in her eyes. As recent research show, Europeans share around 2-4 % DNA with Neanderthals. So they must have been so much alike us, otherwise, the offspring would not have been fertile. It is interesting to see how the image of the Neanderthals has changed over the years: from being a drooling savage to a highly-skilled competitor to us. Worth to note is also that this new image coincides with the insight that we Europeans share 2-4% DNA with the Neanderthals.” 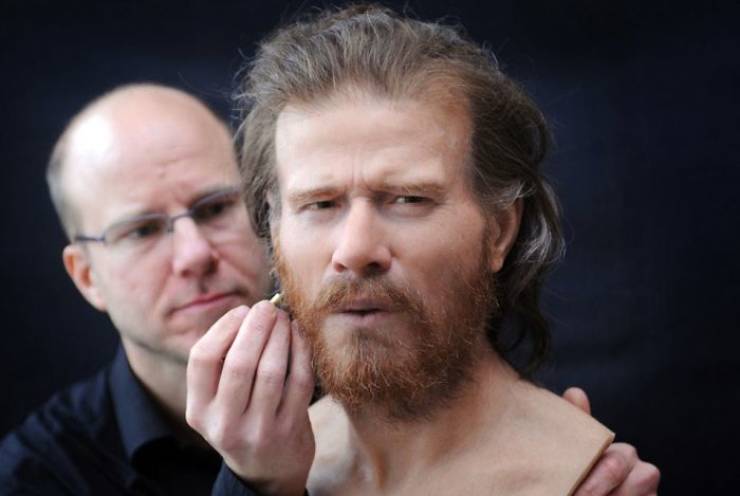 Constructed using forensic evidence derived from skeletal analysis, the face is of a 25- to 40-year-old slender man born around 5,500 years ago. 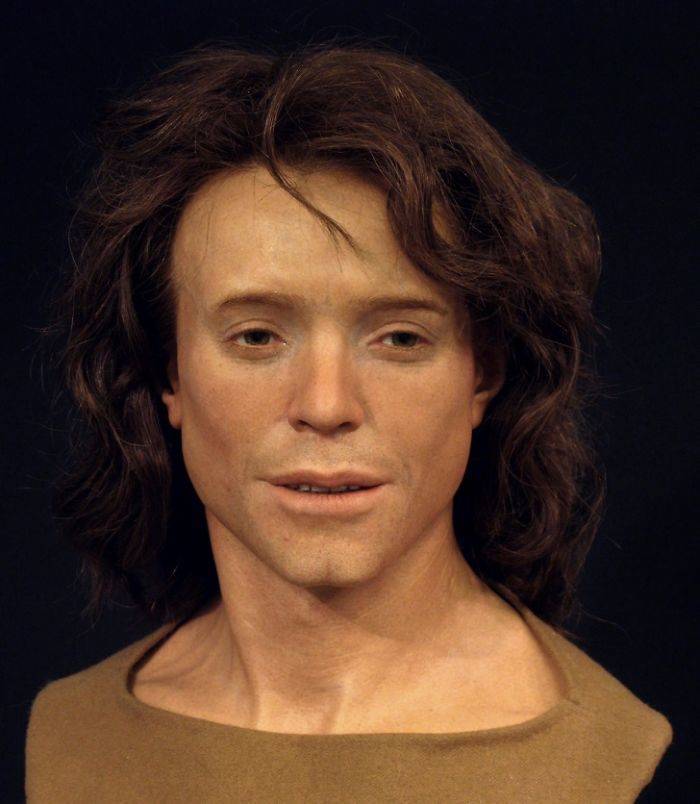 Young and handsome man from Switzerland, who lived in the VIII century A.D., researchers have called Adelaziy Elbakhusom (Adelasius Ebalchus). His skeleton indicates malnutrition and chronic infections. But, contrary to his conditions, he had healthy, even and beautiful teeth, which is rare for that time. That is why he was made smiling. 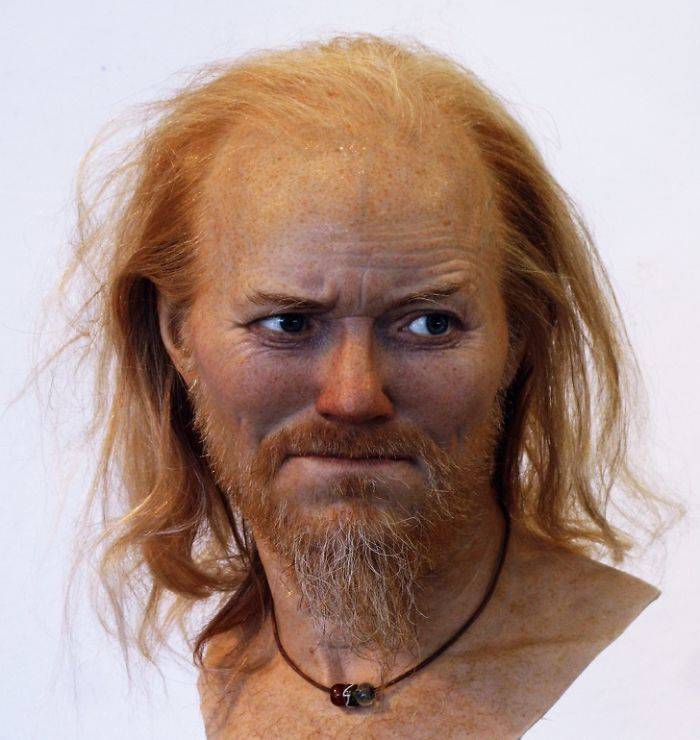 The man, who allegedly was a Swedish Viking, lived at the beginning of the XI century. For the first time for the reconstruction of the Viking image, it was possible to collect the necessary amount of DNA to recreate the skin, hair, eyes. The man had red hair, blue eyes, and fair skin. He died at the age of 45.

A Man Who Lived In The Iron Age In Britain 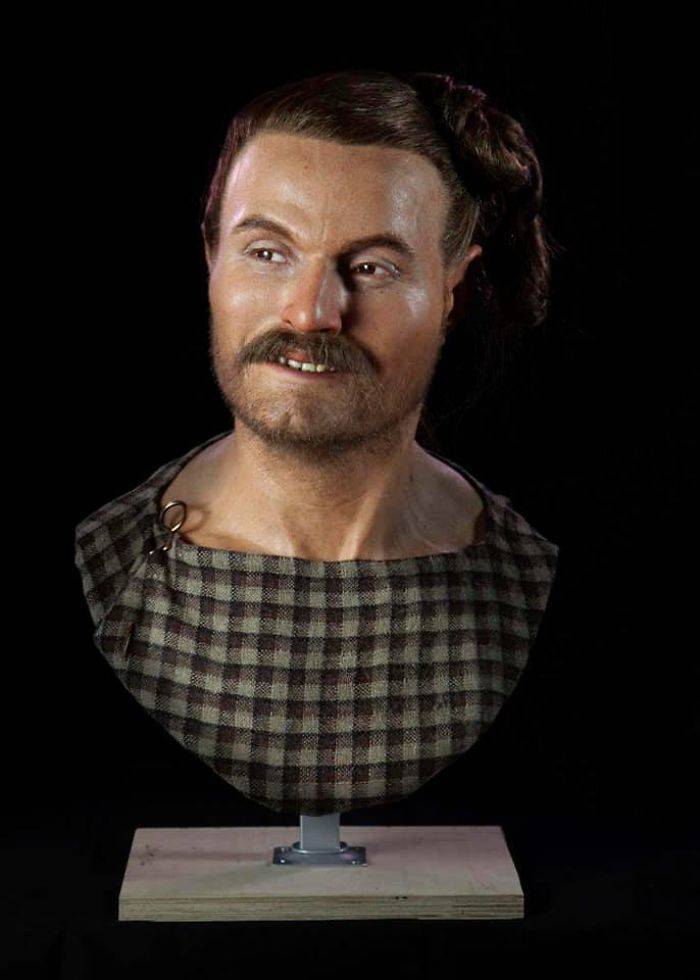 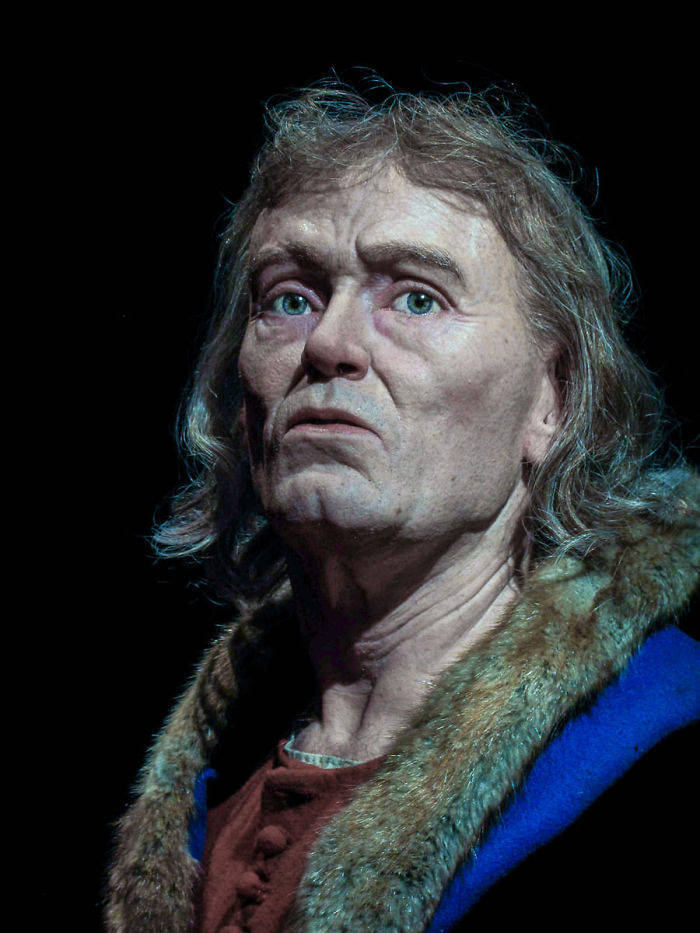 This Is The Face Of A Teenager Who Lived 9,000 Years Ago 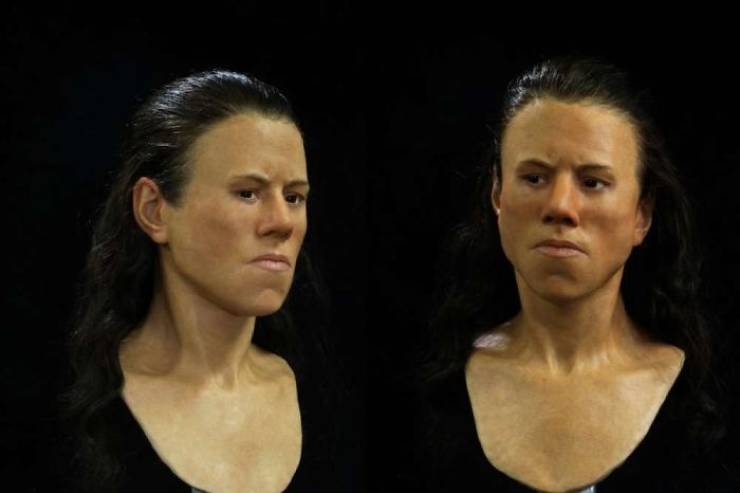 At seven thousand years before Christ, Avgi was an 18-year-old girl. She lived where modern Greece is today, and witnessed the historic moment when societies began to trade hunting for technological inventions, kicking off the agricultural revolution.

A Man Who Lived About 3,700 Years Ago In The Bronze Age 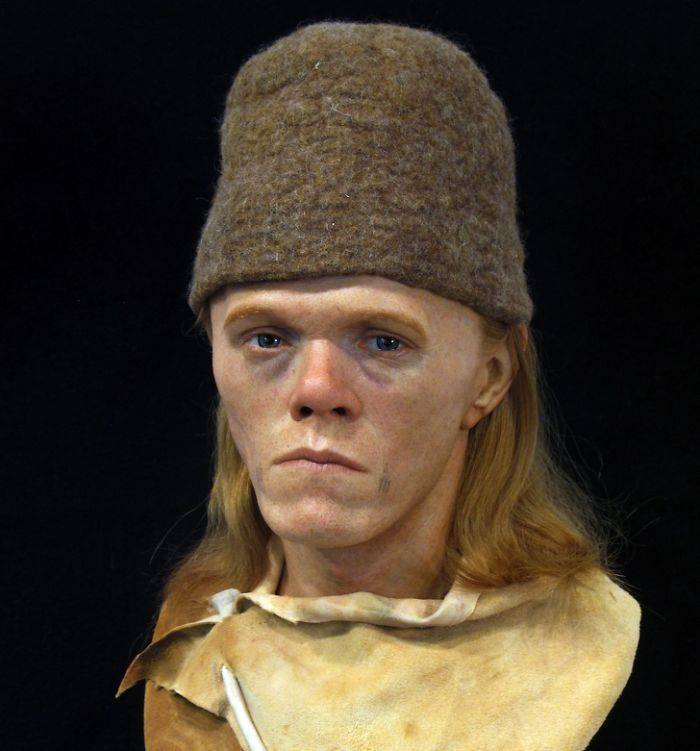 The skeleton of this person showed evidence of malnutrition and iron deficiency anemia. The man died when he was about 25–35 years old. 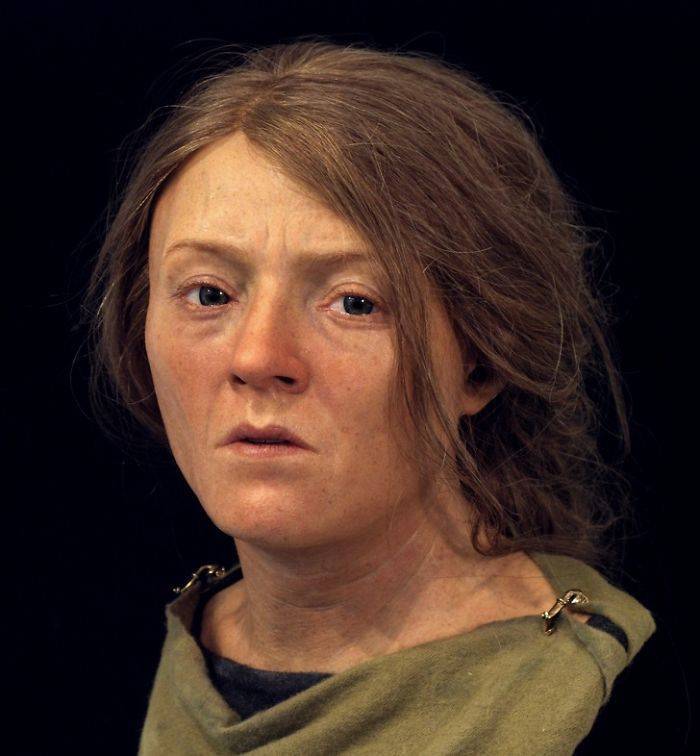 Her remains indicate that she lived a difficult life, engaged in heavy physical labor. She died at about the age of 25–35. During the excavation, nails were found near the body, which can symbolize various superstitions. For example, there is information about other dead of that period, in the graves of which nails were also found – along the perimeter and in the center. Probably, people believed that in this way they would not allow the spirits of the dead to persecute them. Although, perhaps, this is simply the result of inadvertently closing the coffin. 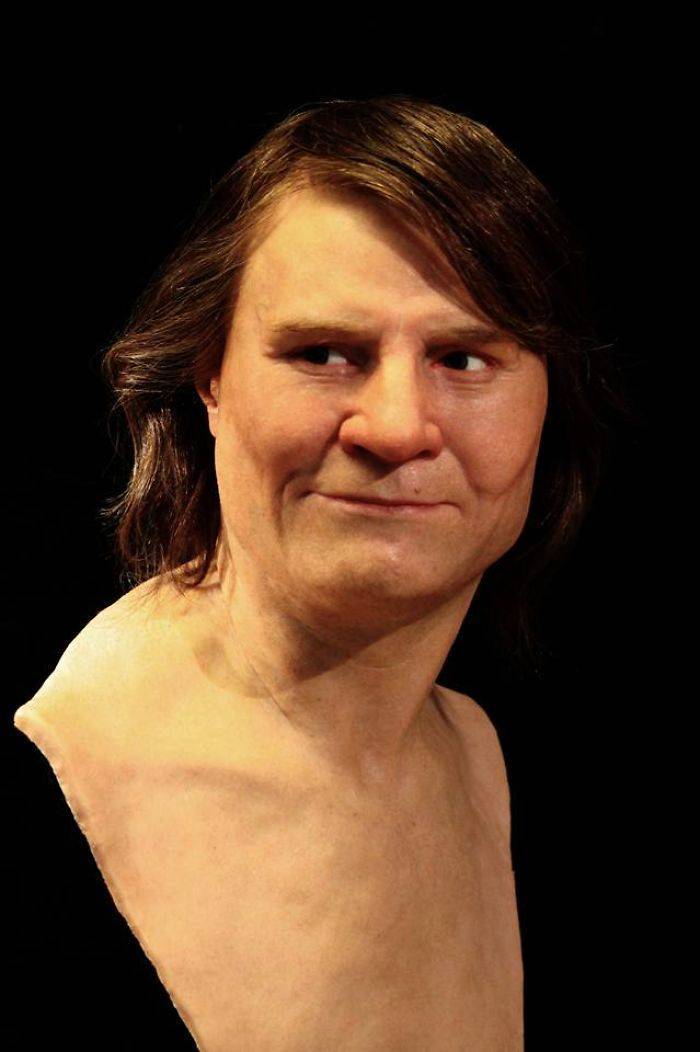 “Finally, the reconstruction of the medieval middle-aged man from the middle of Sweden is finished. Although now it turns out he may not be that medieval after all. C14-results indicates that he is from somewhere during the period 1470-1630. However, analysis of his skeleton shows that he suffered from so-called os acromiale, a defect in the bones of the shoulder with a clear connection to heavy use of longbow-shooting! So, maybe it is possible to narrow the time span to 1470-1540, as longbows gradually fell out of fashion to use during the mid 16th century.” – says the archeologist.

A Man Who Lived In Britain In The Saxon Era 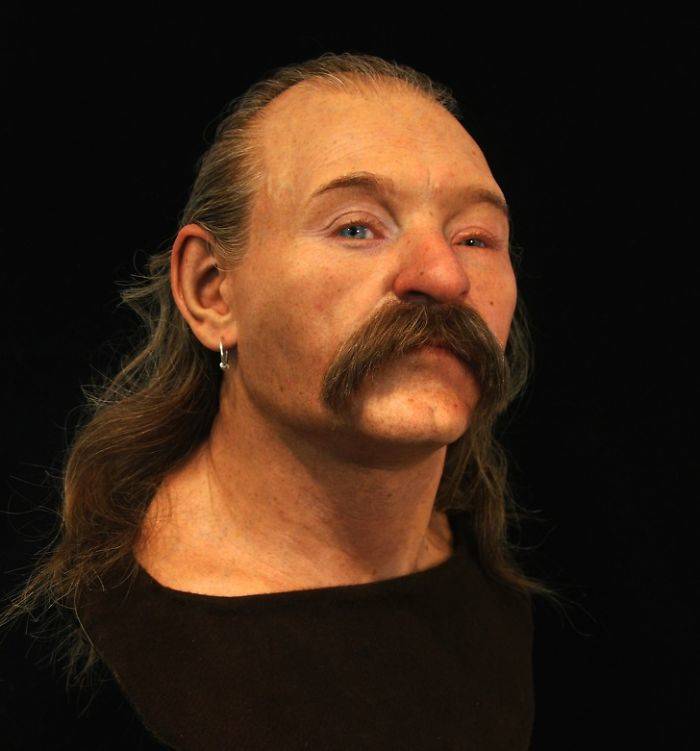 At the time of his death, he was about 45 years old. His bones suggest that he was a very strong man. Due to permanent abscesses, the man has lost a lot of teeth, as well as part of the upper jaw. It is possible that he died from the next inflammatory process. He also had traces of injuries resulting from violent acts. Perhaps during the life of this man was a soldier.

Loading...
Previous 18 Kids That Are REALLY Unhappy With Their Camp
Next 20 Chef Hacks To Improve Your Cooking Game With