Baby Bird Is Rescued by the Kindness of Man 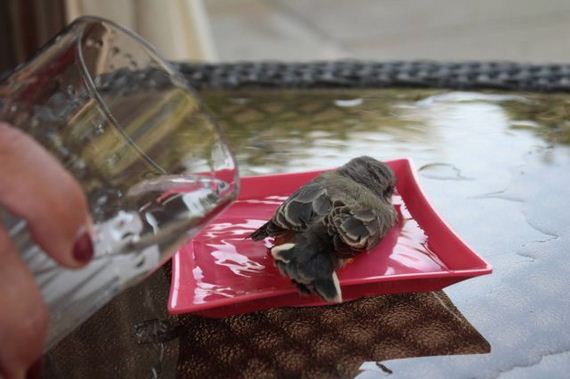 This tiny bird fell to the ground in someone’s home as a result of the scorching heat. The people who witnessed him crash to the ground rescued him from the hot pavement and revived him with water. Here are some photos of the event.

Here’s what happened… lately it’s been hot down here in Palm Springs…. really hot. Today it got up to 125 degrees Fahrenheit, so hot that birds were actually dropping out of the sky. We were all sitting in the pool when this guy fell right in front of us. He was standing on the pavement which was scorching hot with his beak open, so I ran inside and got water and poured it into his mouth. Then we scooped him up on this plate, filled it with cool water, and put him in the shade. 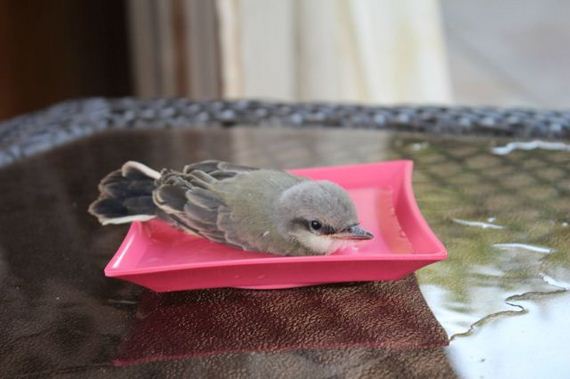 He was breathing so hard and you could tell he was freaking out… poor guy. 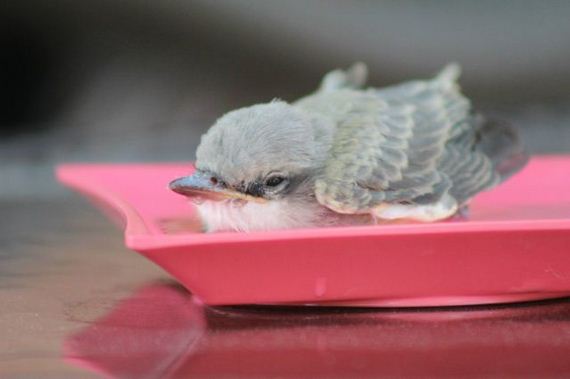 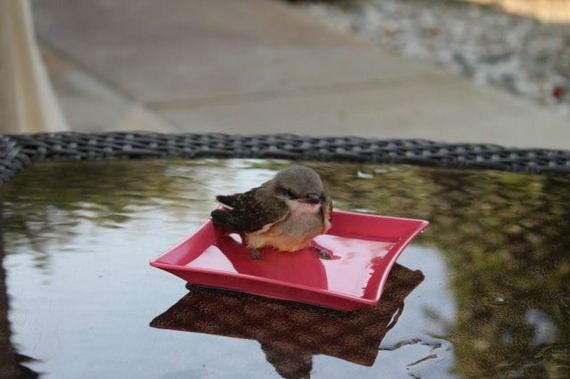 After a while he stood up, but was still perfectly still and quiet. 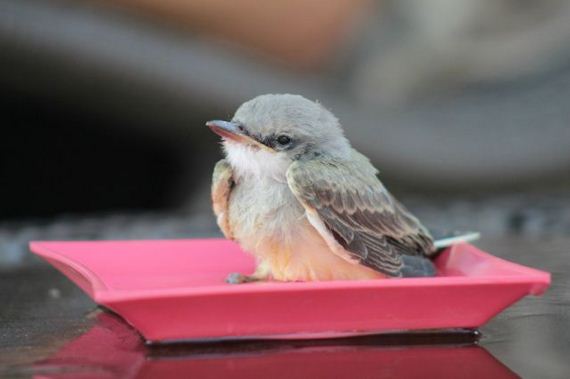 He didn’t move at all, and he moved his head very little. 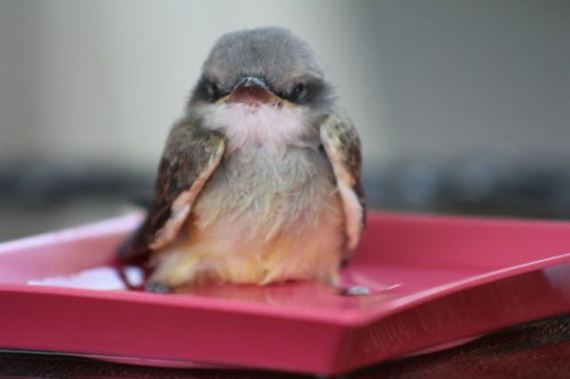 We were watching him for probably around two hours, a lot of that time he just slept. 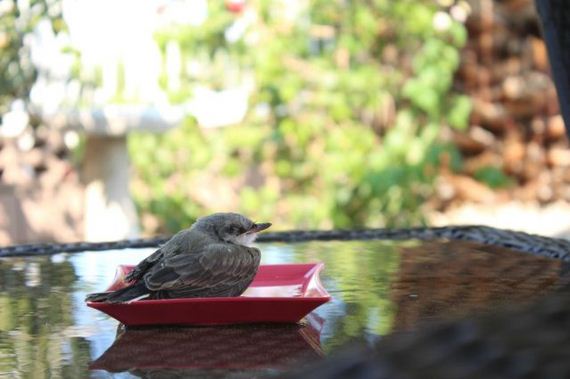 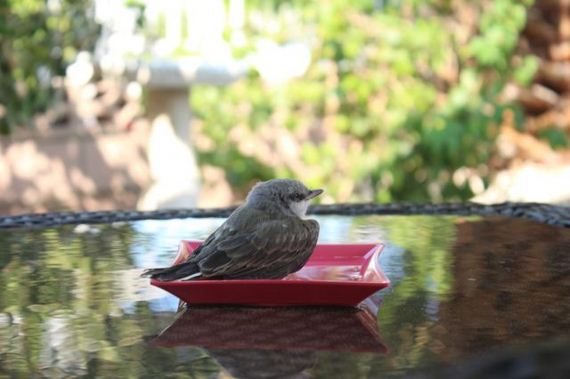 He woke up and started tweeting and looking around. Things were looking more hopeful 🙂 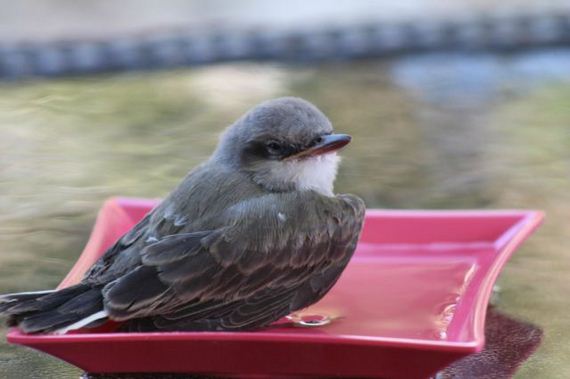 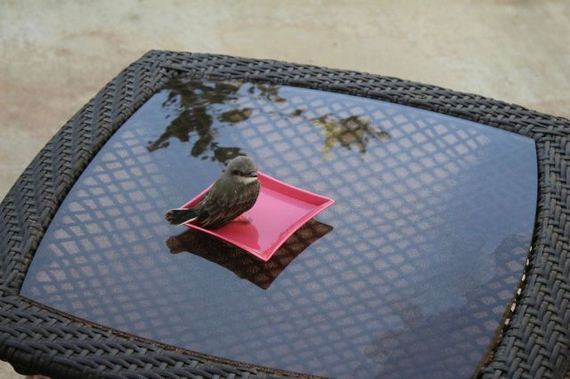 More and more time went by and we started worrying that he might have broken a wing or a leg. He wouldn’t move at all. 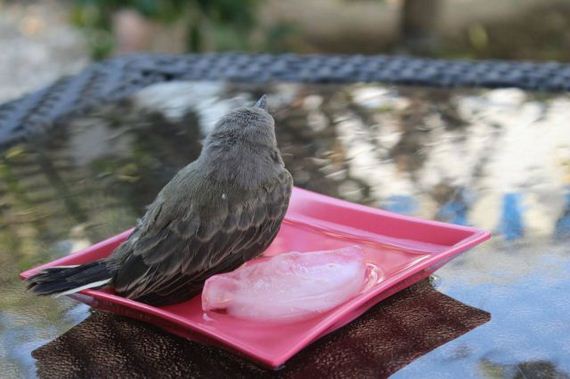 My mom put an ice cube in his pool to keep it cool. 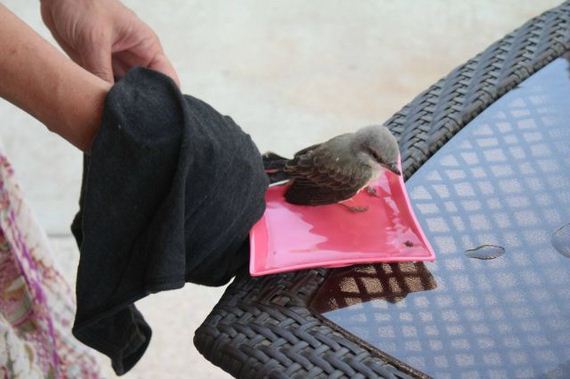 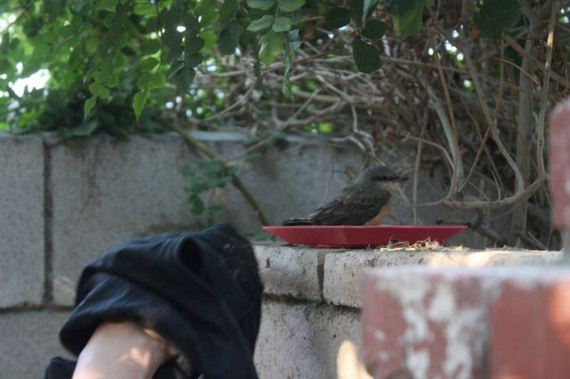 Finally went out later that night and he was gone! Who knows if his parents came and got him or he decided he was finally ready to leave. 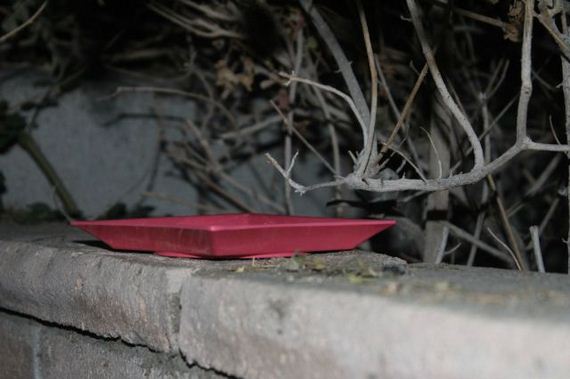 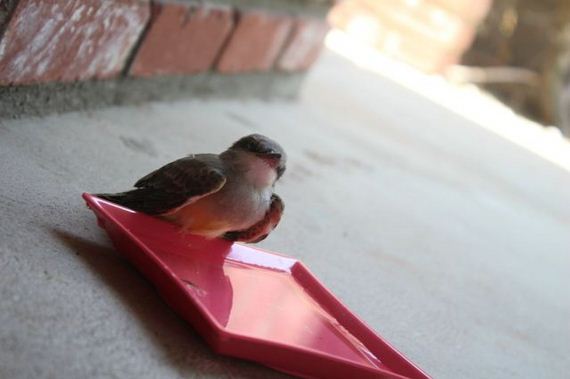 After growing more worried for him, I decided to google what to do. I learned that he was most likely tweeting to his mom, who could hear him from two blocks away, but was most likely too scared to come get him because he was near us. We then decided to move him away from us. 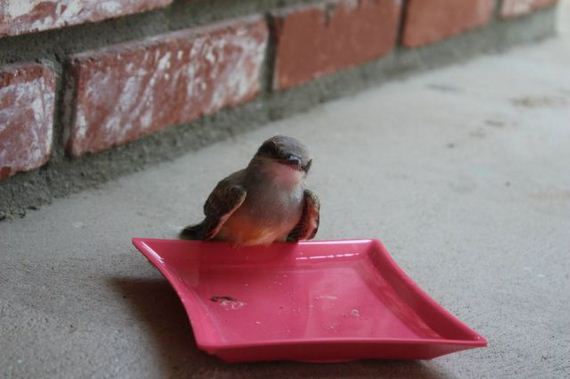 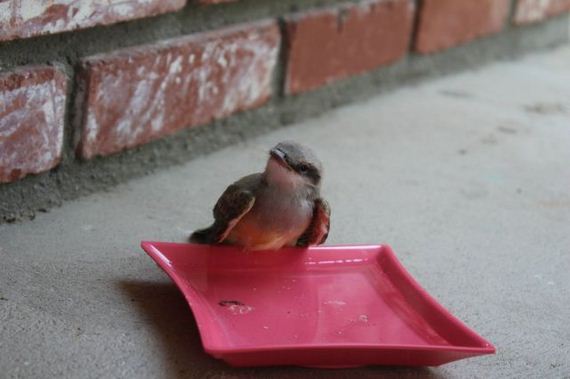