Bare-knuckle boxing: All you wanted to know

If you are a sports or boxing fan, chances are you have heard about bare-knuckle boxing. You might have many questions though. Is it prevalent? Is it legal? Bare-knuckle boxing has many names including bare-knuckle, prizefighting, fist fight or fisticuffs. But did you know that bare-knuckle boxing is the original form of boxing with its roots in ancient combat sports? Just like boxing, it involves two fighters in combat but minus the boxing gloves or for that matter any other padding on their hands. 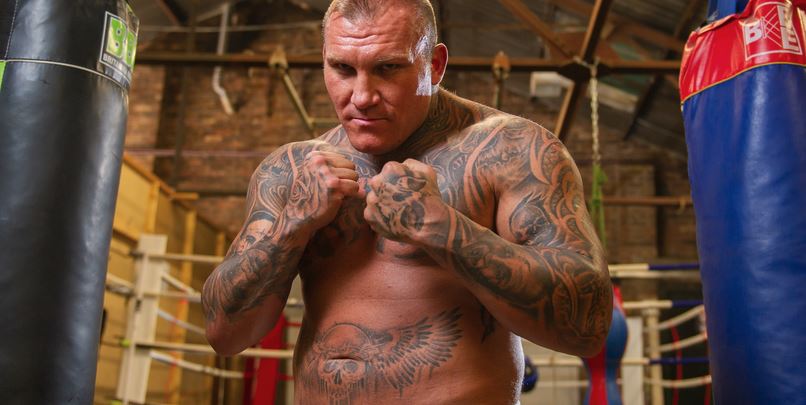 Here’s all you wanted to know about bare-knuckle boxing.

Historically, the first record of a bare-knuckle bout is from 1681 in England. Legendary fighter James Figg is popularly recognized as the first champion of bare-knuckle boxing. He held this title from 1719-1730.

The traditional bare-knuckled fights were prevalent until 1867 until the Marquess of Queensberry rules were introduced. Since the new rules made gloves compulsory to protect the boxers’ hands, the sport evolved into boxing as we know it.

Boxing gained a lot of popularity and also became a part of the Olympics in the 1900s. During this time, bare-knuckle boxing bouts were forgotten.

1. How is it different from street fighting?

The main difference between street fighting and bare-knuckle boxing events is that in bare-knuckle bouts, boxers follow a set of accepted rules. For example, one can’t strike a downed opponent.

The difference between street fighting and a bare-knuckle boxing match is that the latter has an accepted set of rules, such as not striking a downed opponent.

In 1970s UK, bare-knuckle bouts picked up again, albeit as an unlicensed activity. Notorious underworld dons like Lenny McClean and Row Shaw used bare-knuckle fighting because they were banned from professional boxing.

Interestingly, Irish travelers often used to settle their feuds using bare-knuckle fights. If you have seen the 2000 film Snatch, starring Brad Pitt, you will have seen this.

Technically speaking, bare-knuckle fights have never been illegal in the UK. But since there was no official regulator, nor was it governed by the British Boxing Board of Control (BBBC), the clubs operate without licenses. Unless the government intervenes.

In the case of the US, it varies state by state. It was considered illegal for the longest time until the state of Wyoming authorized its first BKC event in 2018. Since then they have held six similar events and other states are following suit. American sports promoter David Feldman, re-launched Bare-Knuckle Boxing FC in the US for the first time since the 1880s.

3. How dangerous is it really?

Opinion is divided with some experts considering bare-knuckle fighting to be more authentic and less dangerous than other fighting sports.

One clear distinction between bare-knuckle fighting and other sports like kickboxing, mixed martial arts etc. is that elbows, knees and shin kicks to the head are prohibited. Fighters can only use their hands.

Theoretically, since no safety equipment like gloves or headgear is provided, fighters exercise more caution.

It is bloody, raw and vicious attracting many street fighters along with trained boxers. Yet, bare-knuckle boxing remains as popular as ever.

Bare-knuckle events have seen a rise in popularity both in the UK and stateside, in the past five years. In fact, it has become a PPV product and is fast selling out arenas.

You may have heard of YouTube sensation Kimbo Slice, who shot to popularity for his famous backyard brawls in the 2000s.

In short, bare-knuckle fighting has incredible drawing power, from fighters to the sport to a strong box office showing.

Not surprisingly, bare-knuckle fighting is also highly popular among bettors. One can use the traditional and online model of betting as many popular sports betting websites offer bare knuckle betting.

While bare knuckle fighting may not be the safest of sports, it is no more dangerous than other fighting sports and is the original version of boxing. Its popularity continues to grow even as more countries in the world adopt it as a fighting sport under authorized clubs.