Benefits Of Playing Bingo For The Elderly

Bingo is known to be loved by the older generation and for good reason! If you’ve ever played bingo online or at a bingo hall, you know it’s fun – for both young and old alike, but what you may not know is that it also has health benefits! Read here to find out how your fix of Bingo is benefiting you. 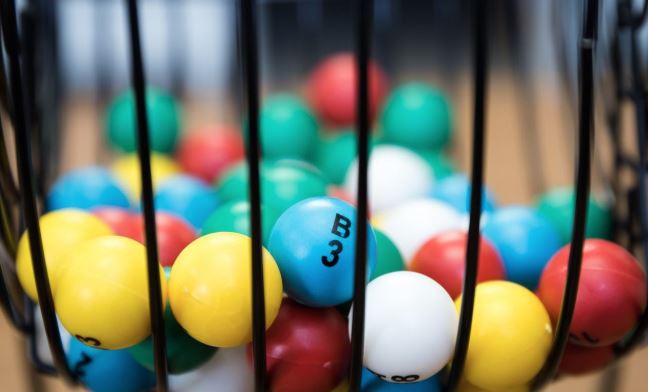 Benefits of Playing Bingo for the Elderly

Bingo has mostly been associated with an older generation, until recently with the advent of bingo clubs and online bingo games. You may have grown up playing bingo and carried your love with you into old age. However, bingo is not only a beloved pastime, it actually has many benefits! Bingo is fun and we know that fun is good for you, but let’s explore a bit deeper.

Now that we know bingo has more benefits than just being a fun pastime and offering the possibility of winning, let’s take a look at some of the ways in which bingo is good for you, especially if you’re in your golden years. 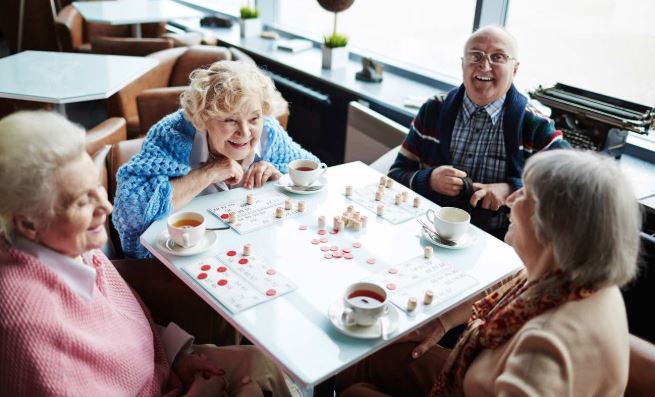 ALT: A group of people playing bingo and drinking tea around a table at an old age home

This may seem obvious as the social aspect of bingo is one of the reasons we so love it. But while socialising is enjoyable – it is also a basic human need. Did you know that according to a scientific study by psychologist Julianne Holt-Lunstad, loneliness, or social isolation, is likely to increase the risk of death by 29% – this is about as bad for you as smoking 15 cigarettes a day and more dangerous to your health than obesity. With the lack of mobility, and families who lived fast-paced, busy lives, older people are vulnerable to loneliness and bingo can provide a trustworthy platform for regular connection and entertainment.

Unlike many other activities that gradually become less accessible for people as they age, bingo only really requires you to show up and have a good time! Whether you are in a wheelchair or in the early stages of dementia, bingo is easily accessible and welcoming to all, regardless of ability levels. Not feeling so great? That’s okay! Bingo, or rather, having fun, has been proven to reduce pain which can speed up healing and get you out of bed in no time. Even if you’re not able to leave the house, thanks to online bingo sites, you can get all the benefits of bingo online, so go on, try at home today! 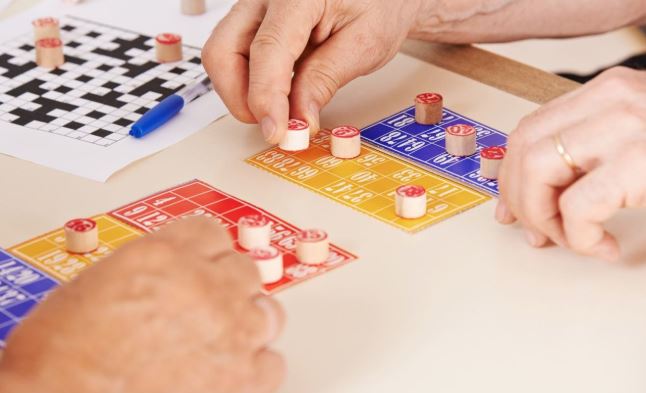 Ever play a game of bingo? You know how it goes – the caller spins the cage, picks a ball and calls the number on it out, and players need to pay close attention to what’s being called among all the banter, locate the numbers on their cards and place their chip down before the next number is called, or before they forget! It’s a fast paced game that requires listening skills, focus and concentration, short-term memory and the ability to retain information. Bingo is an especially enjoyable way of keeping the mind and reflexes sharp.

Placing chips on a bingo card at a fairly rapid pace is also a simple but effective way of improving hand-eye coordination, especially as a regular practice for those who struggle with simple daily tasks.

Being repetitive, bingo also strikes an ideal balance between being beneficial for the brain, and being simple, engaging and easy enough to enjoy without much fuss or skill.

It elevates mood and contributes to mental health

As the age-old saying goes – laughter is the best medicine. And as you know – bingo comes with plenty of it! Research has proven that laughter strengthens the immune system, boosts mood through the release of endorphins, diminishes pain and relieves physical tension. It has even been found to increase blood flow and improve the function of blood vessels and other organs! As people realise the importance of laughter, there is now even a type of yoga and therapy dedicated purely to it. But if that isn’t your thing, a good ol’ game of bingo may be just what the doctor ordered.

As can be seen, bingo hosts a range of benefits that all work synergistically to contribute to the overall wellbeing of those who play it. Health is, afterall, a holistic matter. Bingo keeps the brain sharp and alert, boosts hand eye coordination, increases endorphins through its light-hearted fun, offers a safe and accessible way to meet and interact with others, and is available to almost anyone! Having something to look forward to, have a guaranteed laugh at, and make some valuable connections through is a sure-fire way to boost your overall sense of wellbeing.

Get your bingo benefits today

As if this fun, social, and engaging game wasn’t already incentive enough, you now have all the more reason to put your bingo boots on, head over to your favourite online bingo platform or local bingo night and enjoy all the benefits of bingo today.