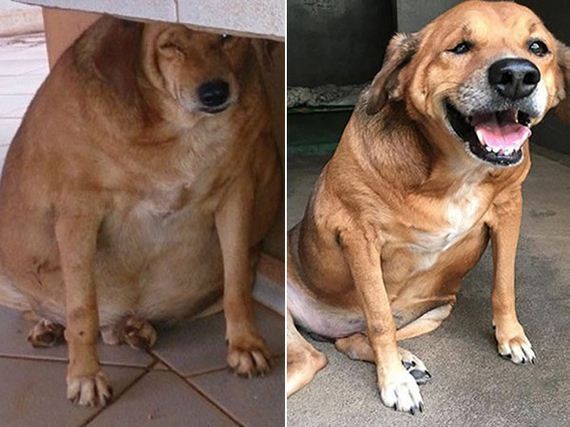 Thanks to something called pet fit club these cats and dogs have lost a stack of weight. So take solace in the fact that weight loss isn’t that hard if an animal can do it so can you………but in January obviously you’ve got a lot to eat and drink over this most festive of periods. 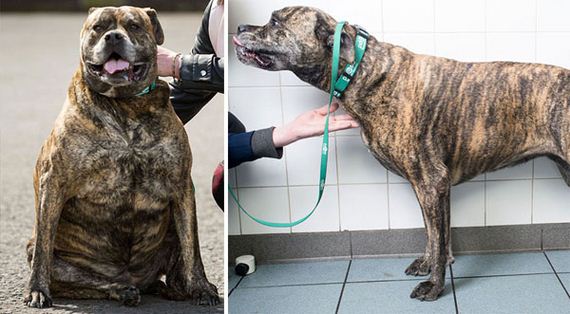 Kayla is a Mastiff type dog who, at her heaviest, weighed 61kg. Six months later she has lost 17kg. 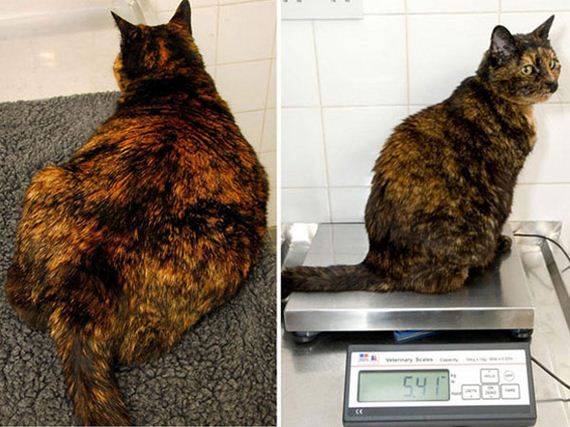 Bob weighed as much as 40kg. His new owner Kate managed to get his weight down to around 26kg, but he still has a long way to go.

Blobby Bobby’s greedy habits helped contribute to his whopping weight of 63.45kg – nearly twice what he should be. He has lost 10.5kg

Rescue cat Boycus was twice the size he should be

Daisy was crowned ‘pet slimmer of the year’ after losing around 8kg in weight – an impressive 27% of her bodyweight. 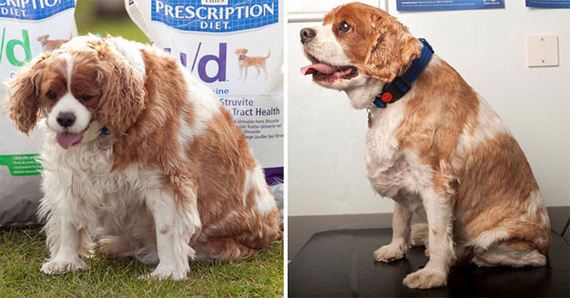 He tipped the scales at 20.5kg, around double his ideal weight. Six months on he was a far healthier 14.1kg (a loss of 6.4kg) and trimmed an impressive 20cm off his waist.

Duke was morbidly obese. Now he’s lost 5kg, 8.3% of his bodyweight and is weighing in at a healthier 55kg.