Boston terrorist attack victim inspires all by running in marathon

There’s determination, and then there’s Adrianne Haslet-Davis. Adrianne, a professional ballroom dancer, was one of the victims of the Boston Marathon bombing back in 2013. The attack caused injuries that took her left foot and ankle.

But that injury hasn’t held her back. Adrianne has since returned to dancing AND today, she ran in the Boston Marathon with the help of a prosthetic running blade. Not only THAT, but she also ran to benefit a nonprofit called Limbs for Life, which helps people get prosthetic limbs when they can’t afford them. So far, Adrianne has drummed up $10,000. She’s an inspiration to us all! 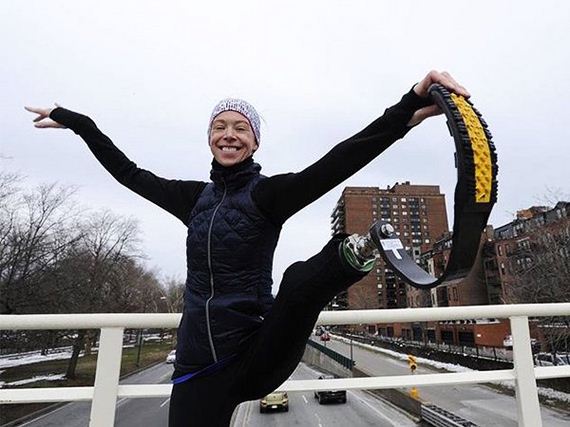 Here is a picture of Adrianne’s foot shortly after the attack in 2013. In the blast she lost her left foot and much of her ankle. This resulted in the amputation of her leg from below the knee down. Scary stuff! 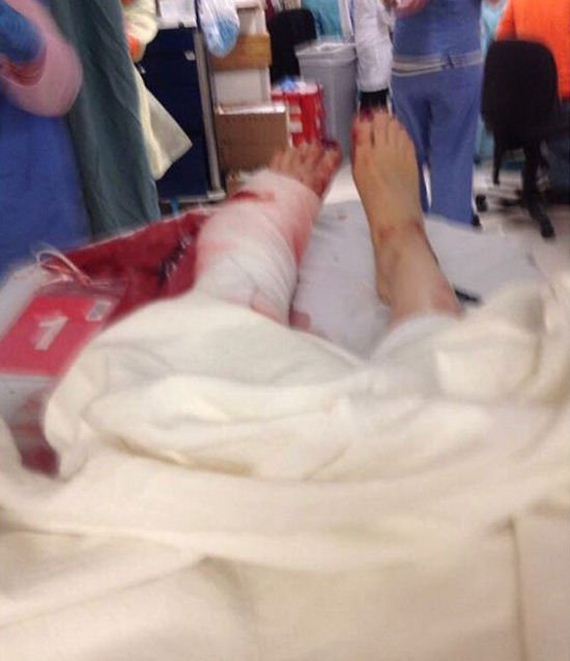 Adrianne said it was a difficult transition working in her running blade, but she was determined to run in the marathon. 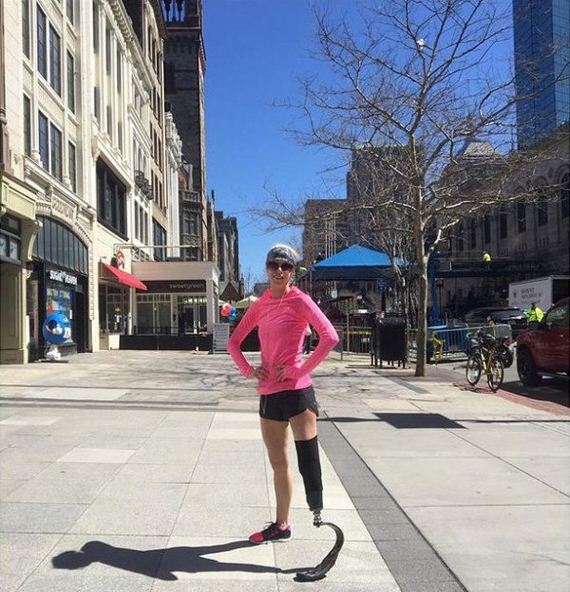 She put in countless hours and personally challenged herself to overcome the greatest of odds. 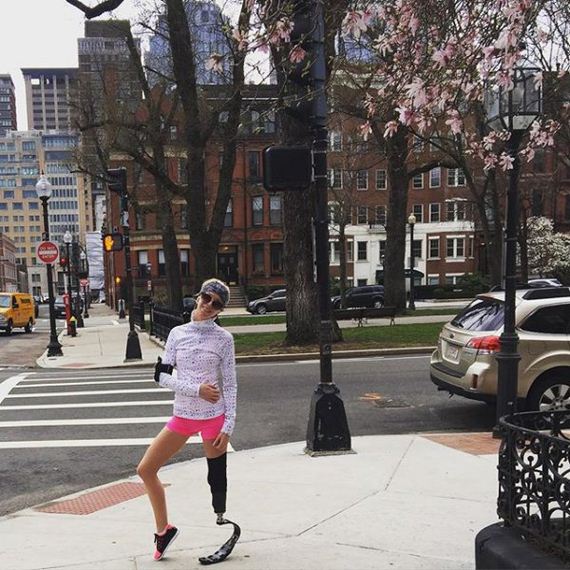 Preparation the night before the race. She would have a team on her side to get her through the race. 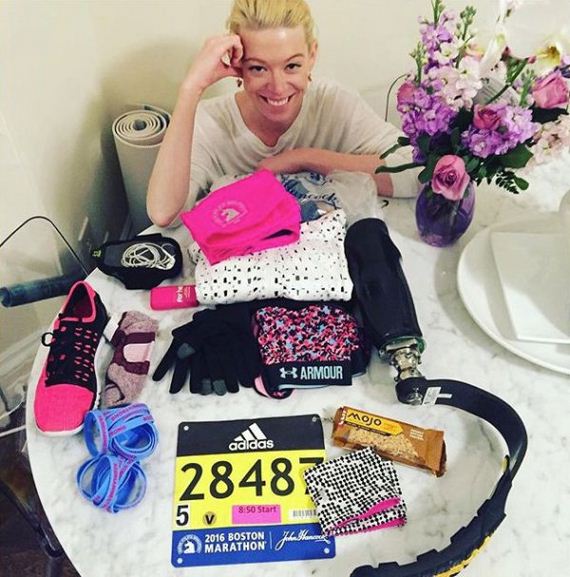 Morning of the race and she is all smiles. 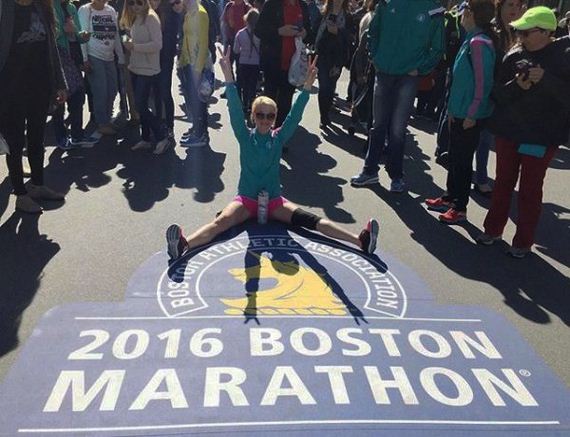 You can’t help but feel a sense of pride for Adrianne as she overcame a difficult time in her life. With the support of Bostonians and Americans all across the land, we raise a glass in your name. 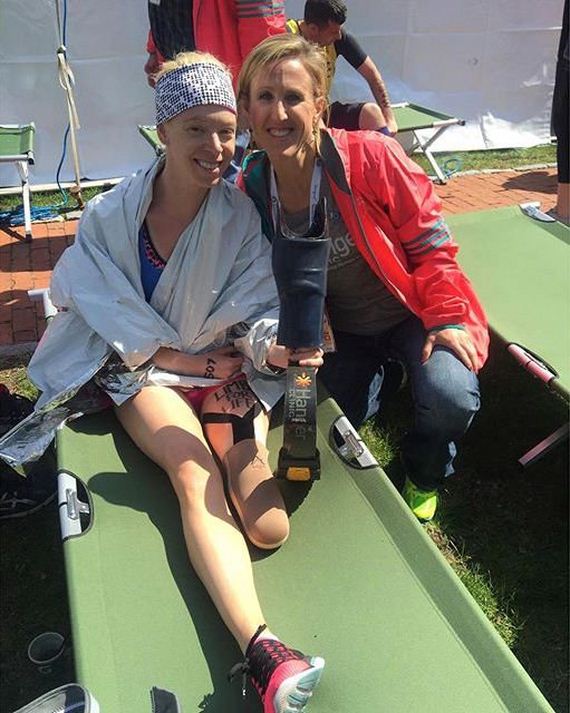