Sometimes kids get a bad rap these days for being self-centered and selfish. But for one little boy living in New Jersey, this couldn’t be further from the truth. Little William was quite fond of his local police for keeping him and his community safe 24/7, thus he decided it was about time somebody did them a solid in return. So the 5-year-old started saving his money to do something great… 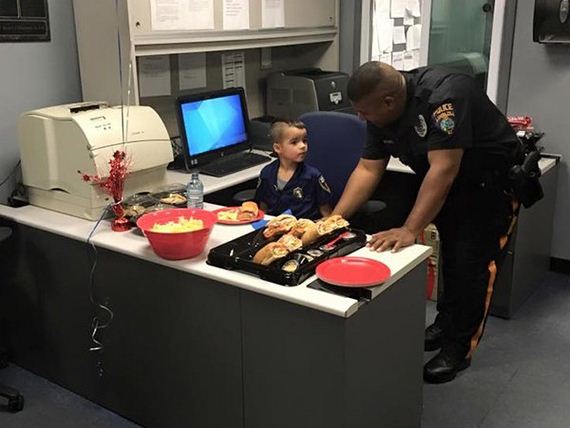 So earlier this week little William Evertz Jr. got to deliver his random act of kindness to the brave men & women of the Winslow Township Police Department. 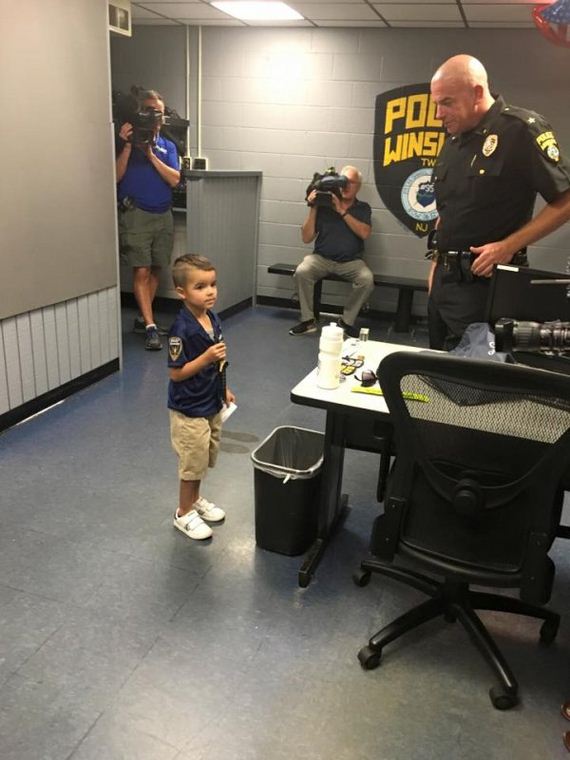 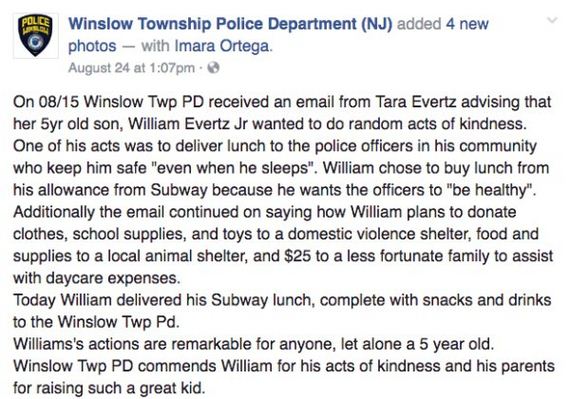 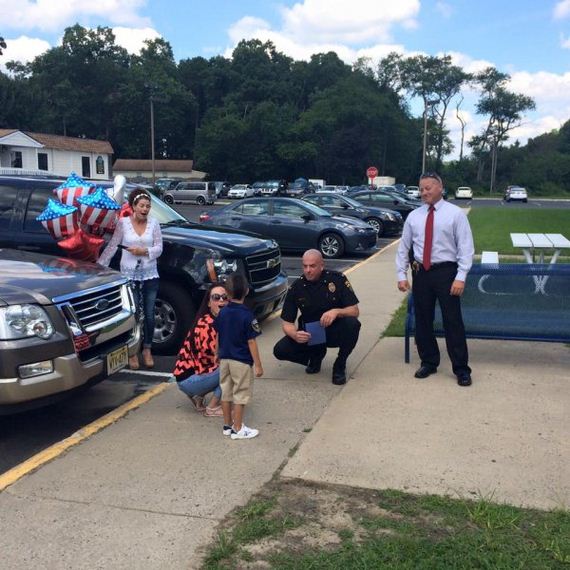 William made some powerful friends that day. All the police officers were blown away by the boy’s generosity.

William became an “honorary officer” and the Police Department gifted him a special shirt and badges, and even took him for a ride home in a police car with the lights flashing and the siren blaring. 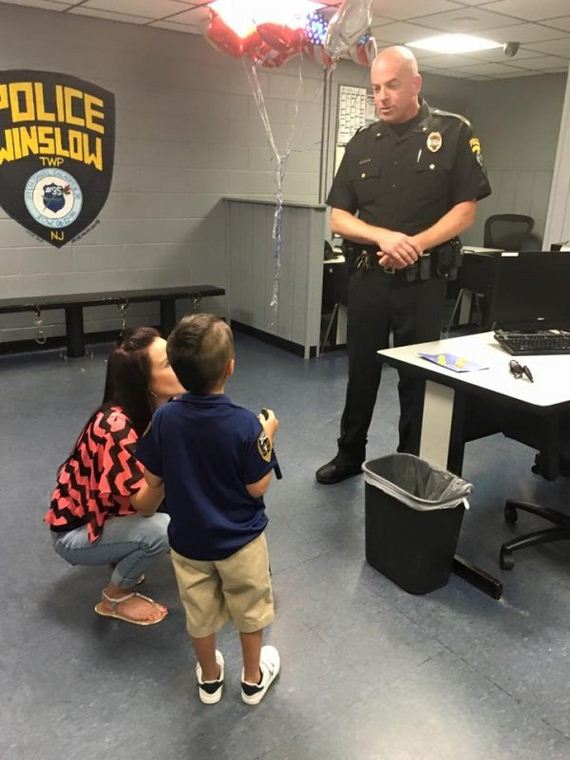 They also took William and his mother on a tour of their office and thanked him sincerely for his kind gesture. 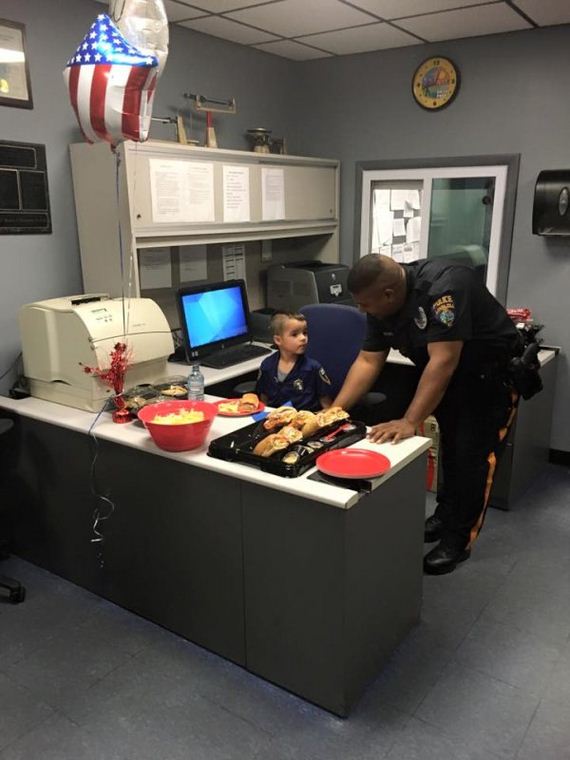 The cops being served their much needed lunches after a whole 5 months of allowance was spent for their health and well-being.

Previous Ridiculous Facebook Fails Ever
Next Sarcasm and life 101 with Dr. Cox