Brush up on your childhood with these facts about Looney Tunes

Sylvester the cat has appeared in three out of the five Oscar-winning Looney Tunes shorts, making him the company’s most awarded character. 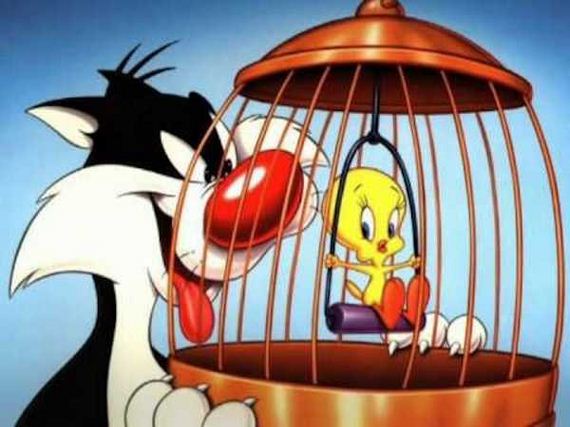 During World War II, the US Army used a cartoon character known as ‘Private Snafu’ in twenty-six training shorts. They were just recently made available to the public. 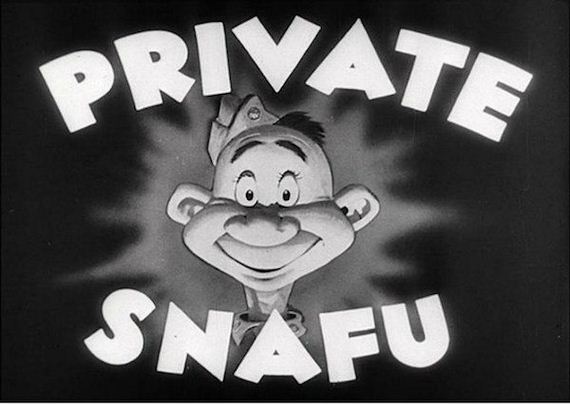 Until the arrival of Bugs Bunny, Daffy Duck was the main face and star of Looney Tunes. Over time, the characters were written to become friends. 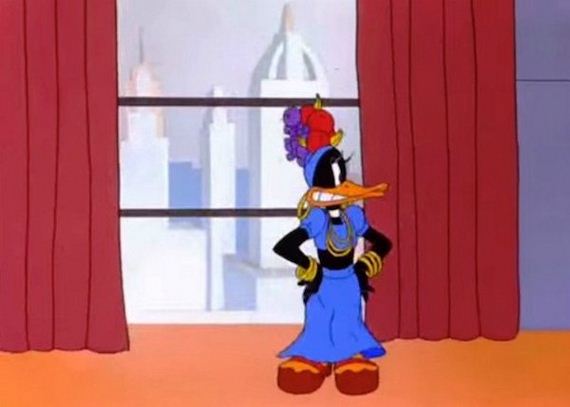 Foghorn Leghorn is actually based on another cartoon character, known as Senator Beauregard Claghorn, who appeared on the Fred Allen radio show. He was also the only major Looney Tunes character whose physical design never changed. 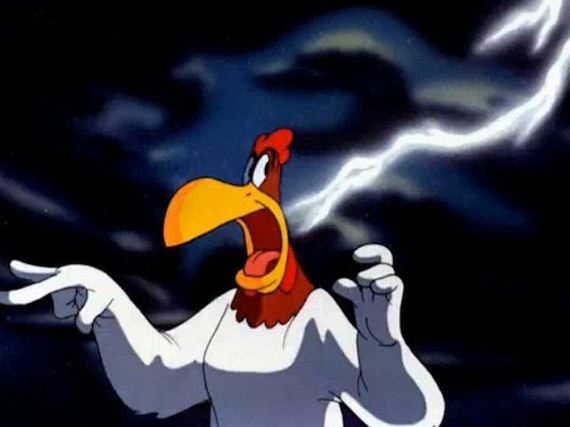 The ‘E’ in Wile E. Coyote actually stands for Ethelbert. 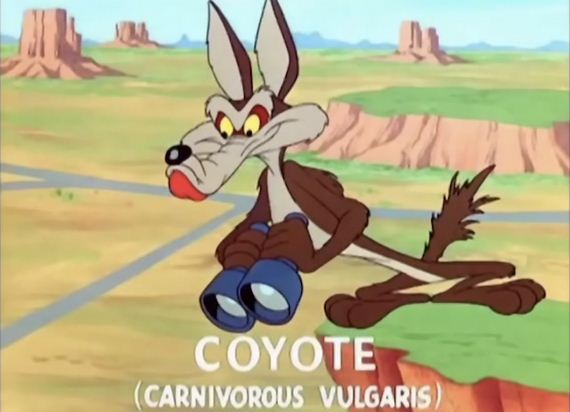 Bugs Bunny lost to Cecil Turtle in all three cartoons in which he appeared. 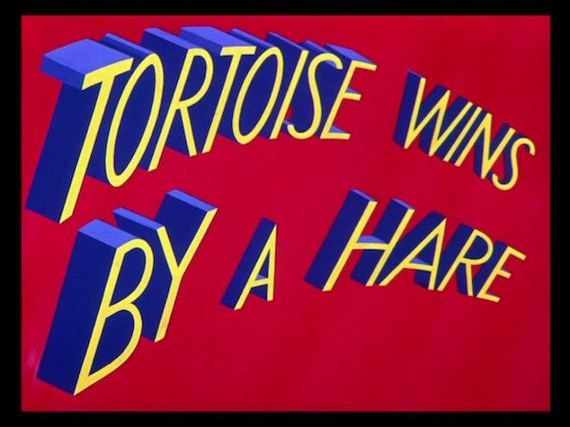 Bugs Bunny was the first TV drag queen. In a 1949 episode titled ‘Mississippi Hare’, he’s seen trying to seduce a stranger in an attempt to escape Colonel Shuffle. 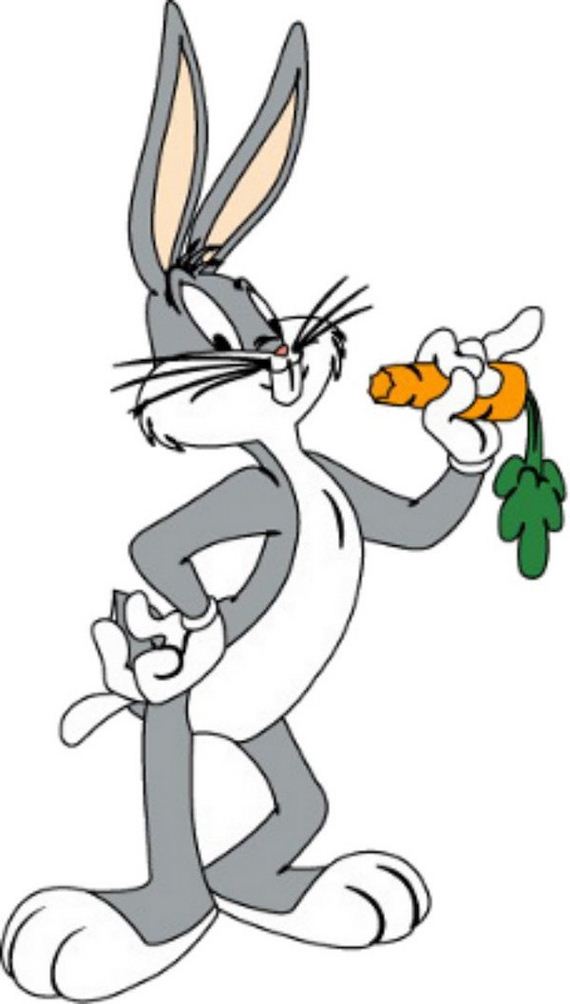 In 1997, Bugs Bunny appeared on an American postage stamp, the first cartoon ever to be put on a stamp. 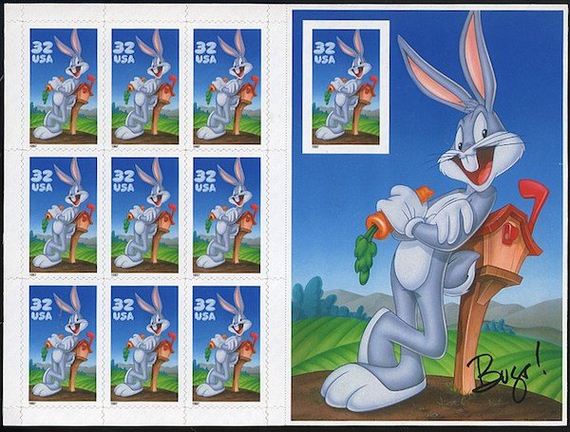 Elmer Fudd is voiced by Arthur Q. Bryant, making him the only major male Looney Tunes character not voiced by Mel Blanc. 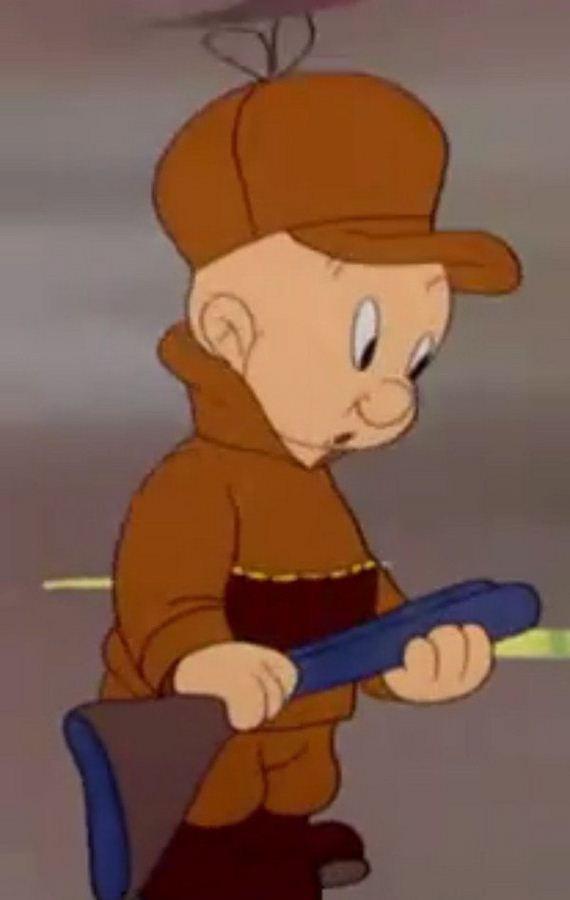 Mel Blanc’s voicing of Daffy Duck holds the record for the longest of an animated character by the original actor/actress: fifty-two years, from 1937 to 1989. 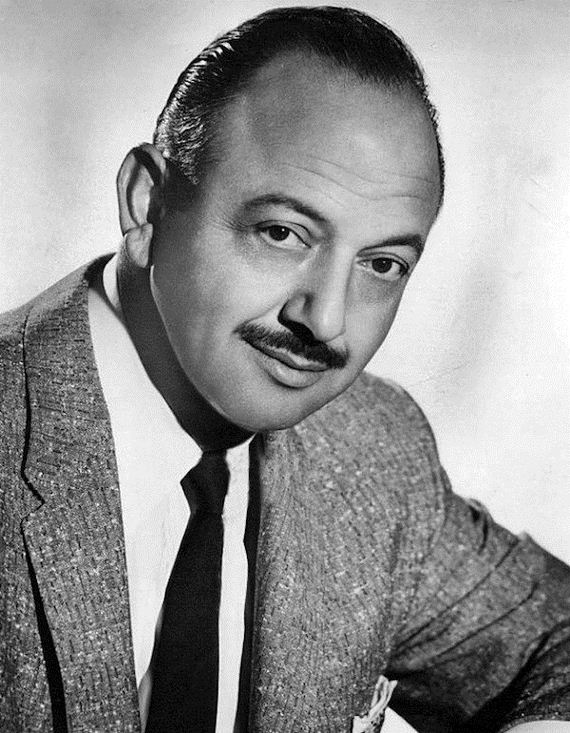 Despite him almost always appearing in exotic places, Bugs Bunny is actually from Brooklyn, New York 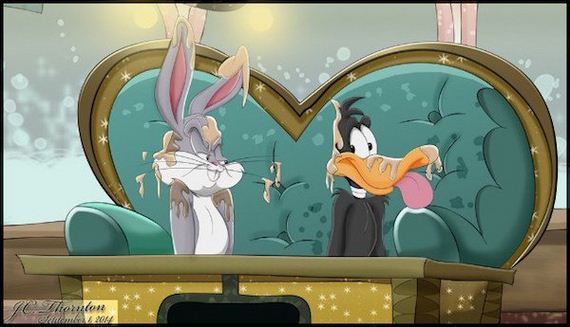 Marvin the Martian wasn’t ever actually named in the original Looney Tunes shorts. 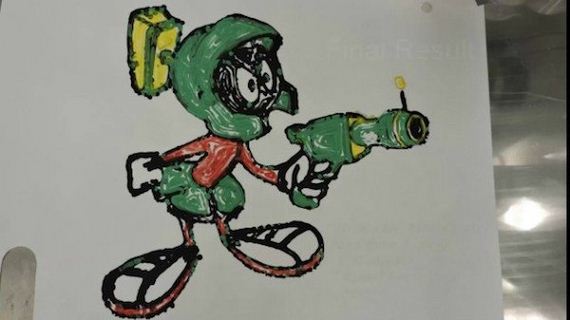 Bugs Bunny was officially drafted by the US Marine Corps during World War II as a Private First Class. 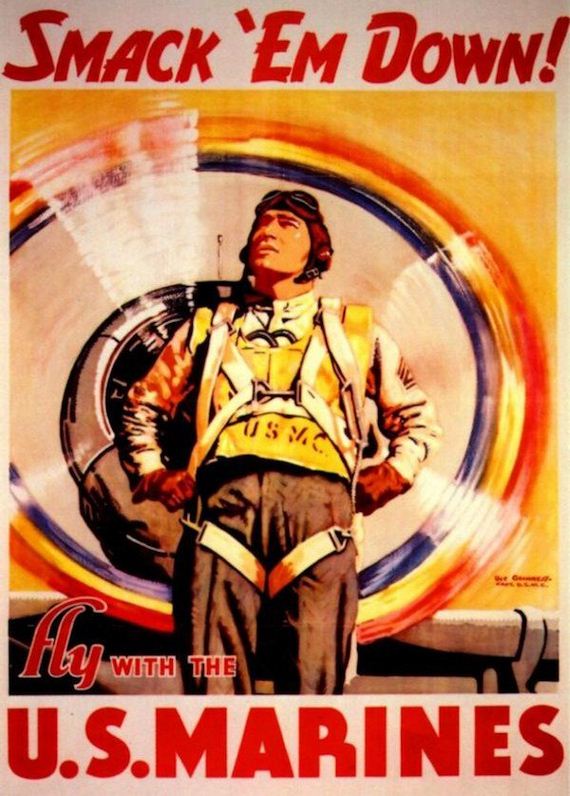 Though Pepe Le Pew would chase anything even sort of resembling a skunk (including an unfortunate chihuahua), the official name for the female cat Pepe pursues is Penelope. She’s also been called Fifi, Fabrette and Feline. 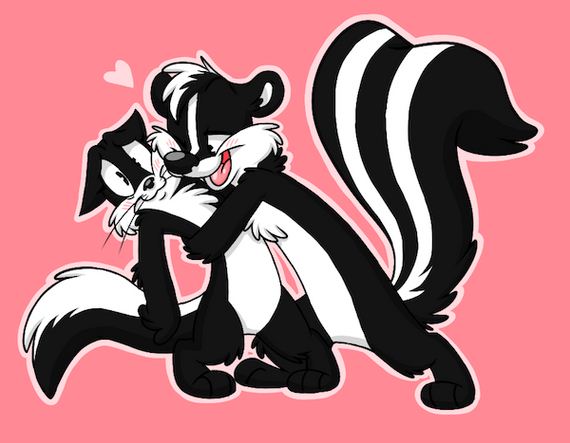 Though many people assume Tweety is female, in the Tweetie Pie short we learn that Tweety is a male. 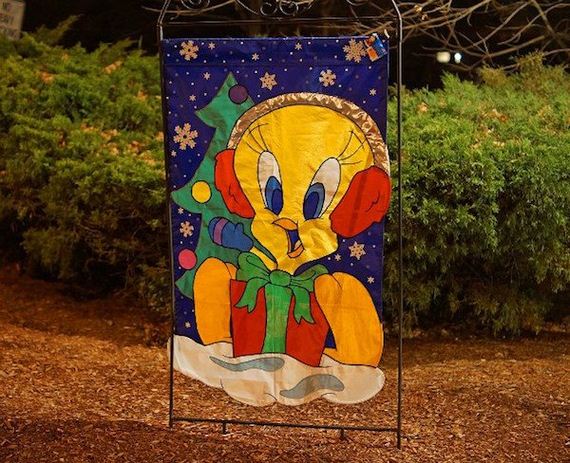 The tombstone of Mel Blanc has written on it “That’s All Folks!” The closing tagline for every Looney Tunes cartoon is a most appropriate epitaph for Mel Blanc, who provided the voice for beloved characters Bugs Bunny, Daffy Duck, Tweety Bird, and Elmer Fudd, among countless others. 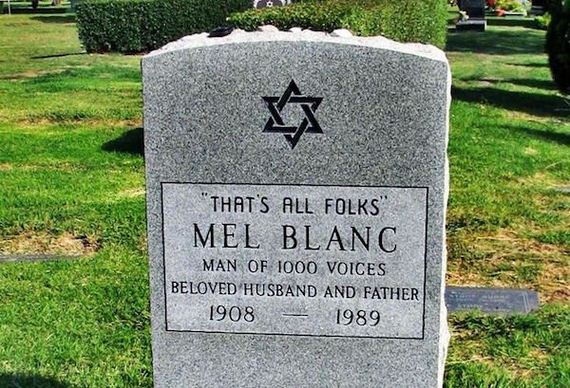 Porky Pig was initially voiced by a stutterer who later lost his job and was replaced by Mel Blanc for not being able to get through his lines. 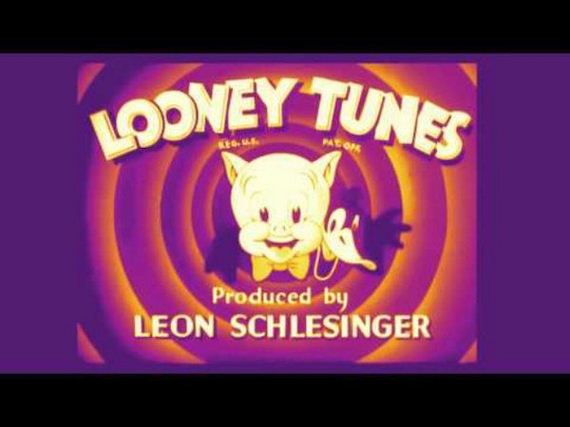 The Road Runner can’t hurt or harm Wile E. Coyote in any way. The only thing he does is “beep beep,” which seems to irritate the famous coyote way too much for his own good. Wile E. is almost solely responsible for all the harm he has inflicted on himself. 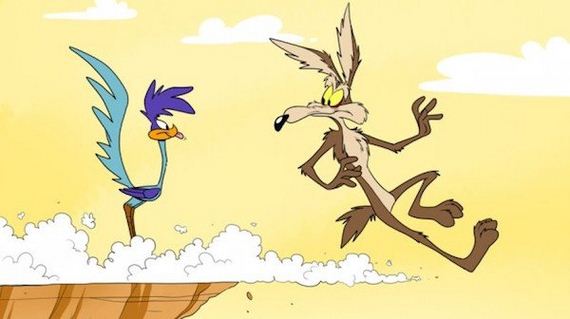 The first ever major Looney Tunes character was Bosko. He first appeared in a film called “Bosko, the Talk-Ink Kid” way back in 1929. 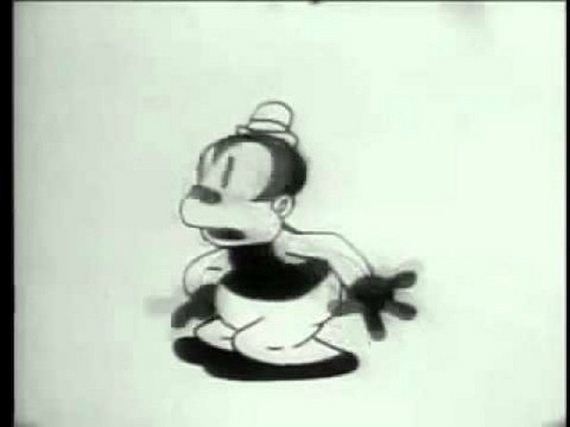 Speedy Gonzales was at one point taken off the air in the United States for fear of offending Mexican Americans, who then lobbied to have him put back because they considered him a positive role model for Latino children in America. 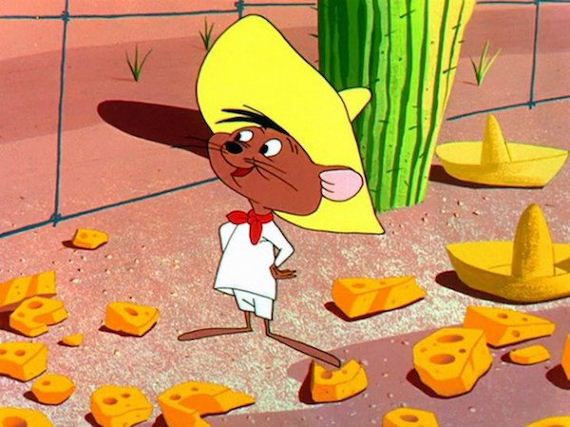 Witch Hazel is the only character to date to appear in both Warner Bros. and Disney shorts. 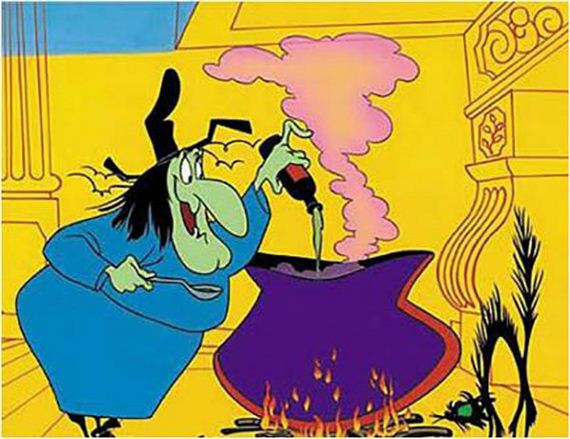 Sylvester’s name is a pun on silvestris, the scientific name for the wildcat and also ancestor of domestic cats. 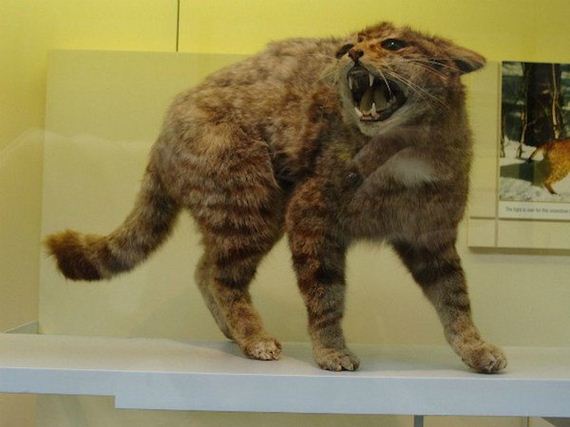 “The Censored Eleven” refers to 11 Looney Tunes and Merry Melodies shorts not available for sale and never aired on American television. 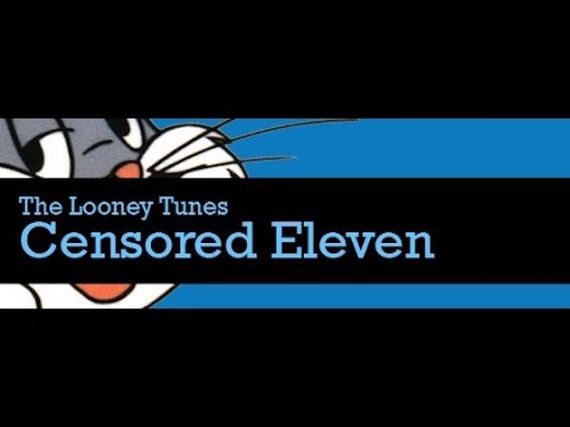 In 2006 Volkswagen rolled out three new GTI commercials starring the Looney Tunes superhero mouse, Speedy Gonzalez. The commercials were part of an ongoing effort by the German automaker to win the growing Hispanic market in North America. 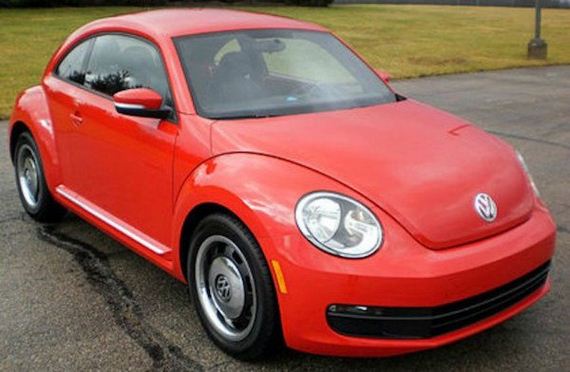 Even though she was not the original voice for Granny, June Foray is the most well-known and the one who has voiced her the longest. She started back in 1955 and sixty-one years later she’s still the voice of the iconic cartoon granny. 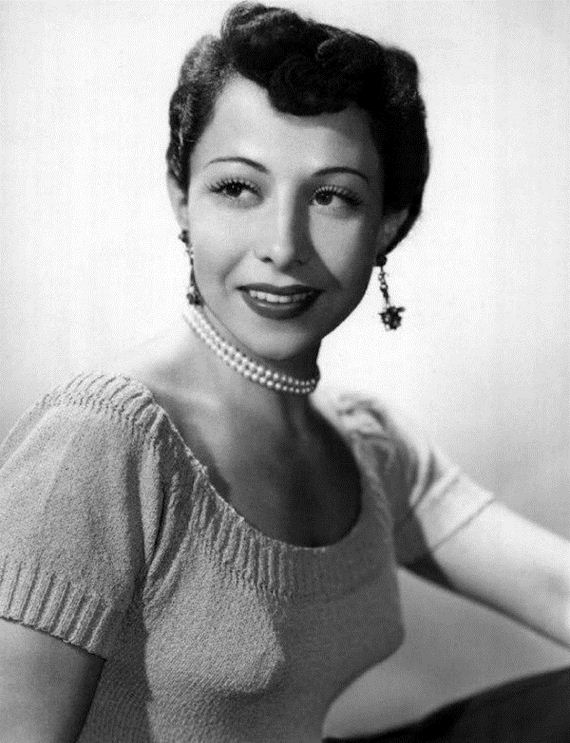 In 1938, Animator Ben “Bugs” Hardaway was redesigning a new rabbit character. During the period that Bugs was working on drawing this new bunny, a fellow employee labeled the character as “Bug’s Bunny”. The name then became the official name of Bugs Bunny.

In France, Yosemite Sam is actually known as Sam the Pirate. This is because the French have become accustomed to seeing his pirate persona as the default for Sam and all the others—including the cowboy—as variations. 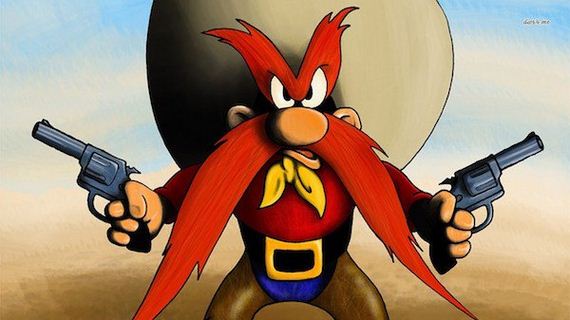 Despite his immense popularity, Taz has only appeared in five shorts. 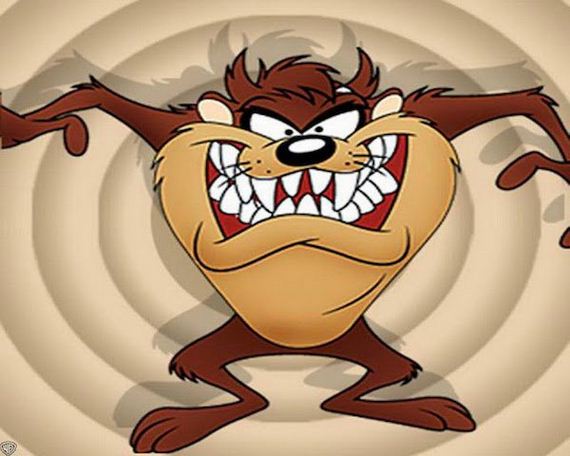 Not only was Tweety originally named Orson, he was pink instead of yellow. 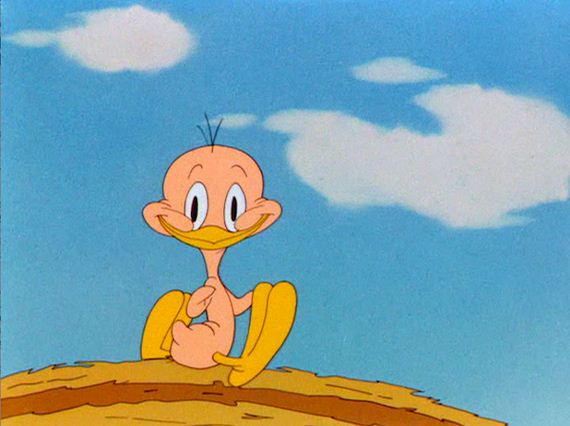 Previous Star Wars Fan Art Like You’ve Never Seen Before
Next GAME ON!!!!