Calcio Storico might be the most brutal sport on planet Earth 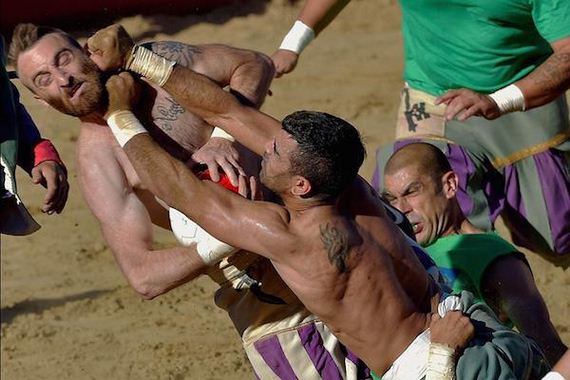 The Calcio Storico – ‘historic football’ – is an ancient form of football from the 16th century, which originated from the ancient roman ‘harpastum’, and is played in teams of 27, using both feet and hands. While things like sucker-punches and kicks to the head are prohibited, headbutting, punching, elbowing, and choking are all allowed.

Mobile Users – Link to video at the end of the post 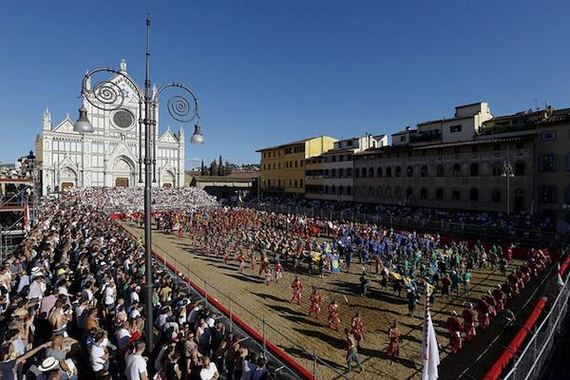 Matches last 50 minutes and are played on a field covered in sand, doubly long as it is wide. A white line divides the field in two identical squares, and a goal net runs the width of each end. 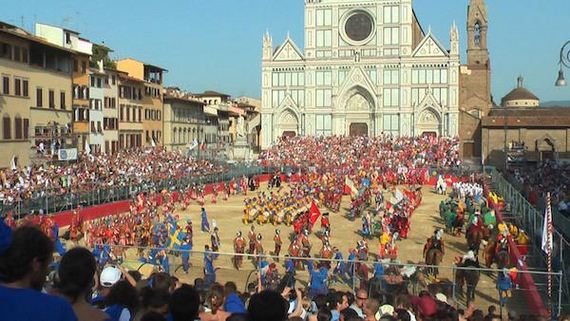 Each team had 27 players with no expected substitutes. There are: four Datori Indietro (goalkeepers), 3 Datori Innanzi (fullbacks), 5 Sconciatori (halfbacks), 15 Innanzi o Corridori (forwards). The Capitan and Alfiere (flagbear’s) tent sits in the center of the goal net. They don’t actively participate in the game, but can referee and organize the game. 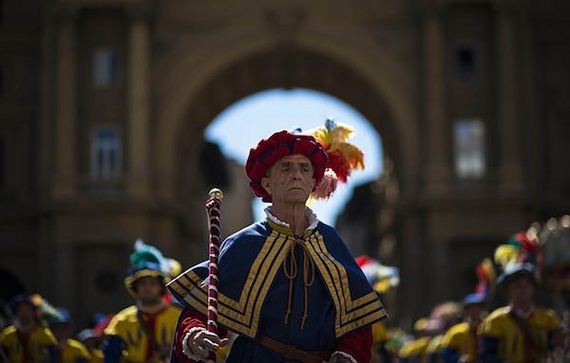 The Referee and his six linesmen referee the match in collaboration with the Judge Commissioner, who remains off the field. The referee, above everyone else, is the Master of the Field. He makes sure the games runs smoothly, stepping into the field only to maintain discipline and reestablish order in case of a fight on the field. 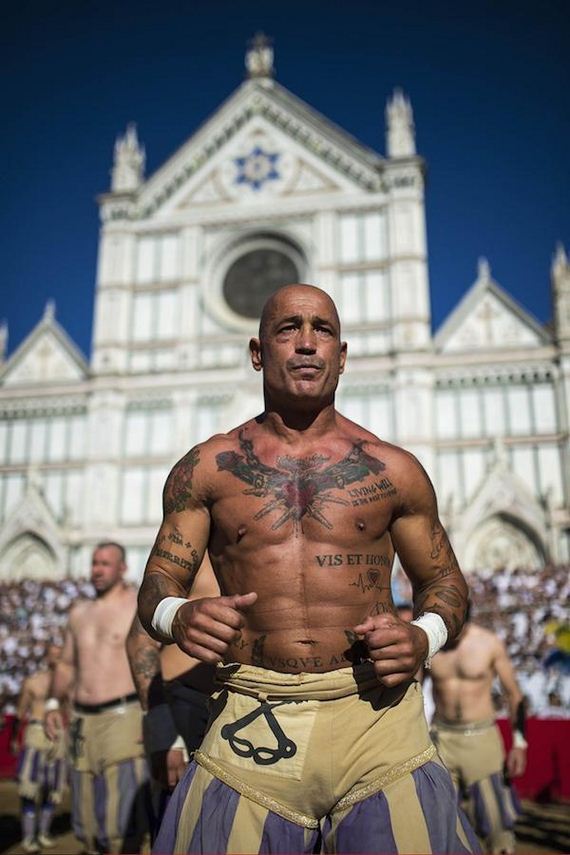 The game stats when the “Pallaio” throws the ball to the center line, followed by the firing of a small cannon, announcing the beginning of the conflict. From this moment on, the players try (by any means necessary) to get the ball into the opponents goal. The teams change sides with every point scored. 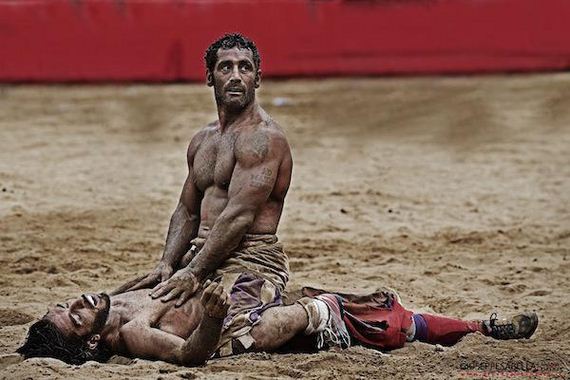 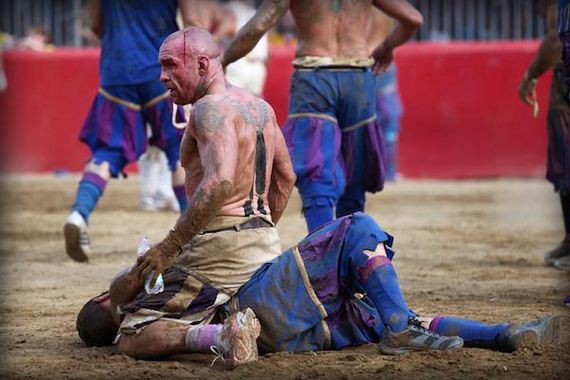 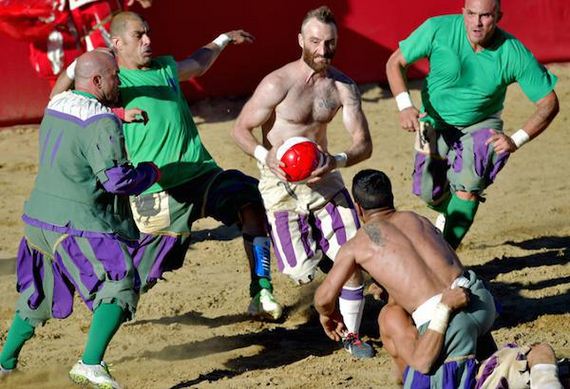 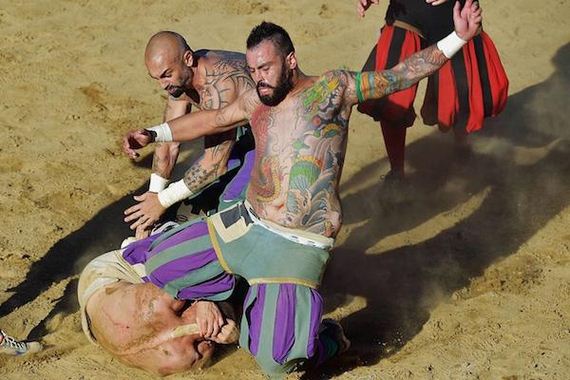 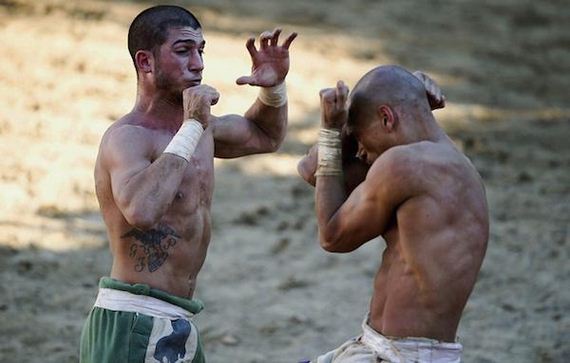 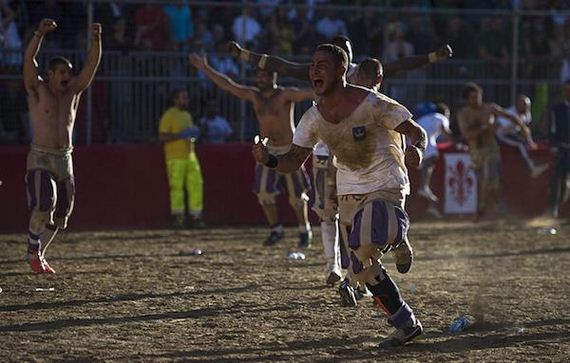 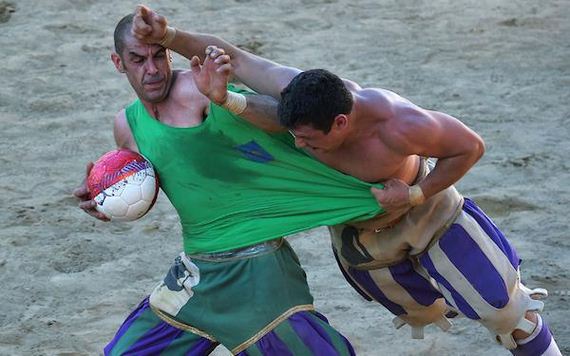 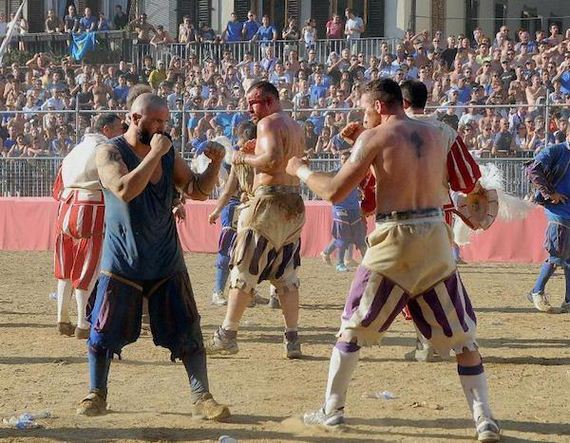 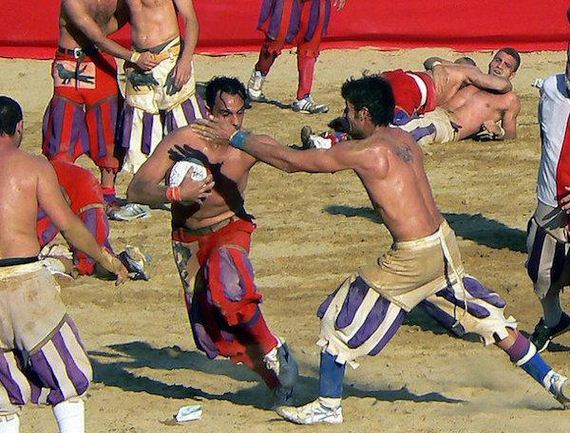 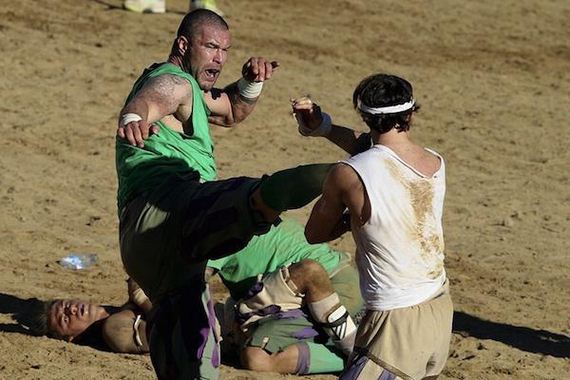 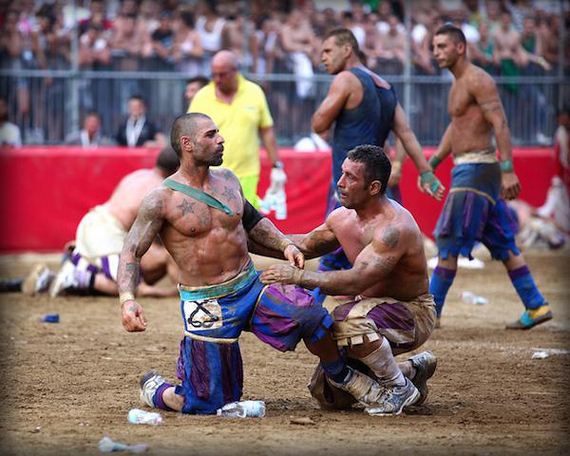 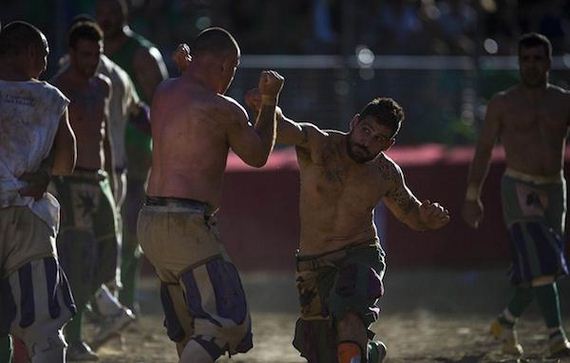 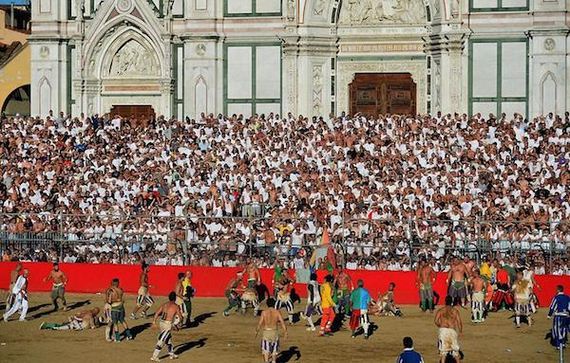 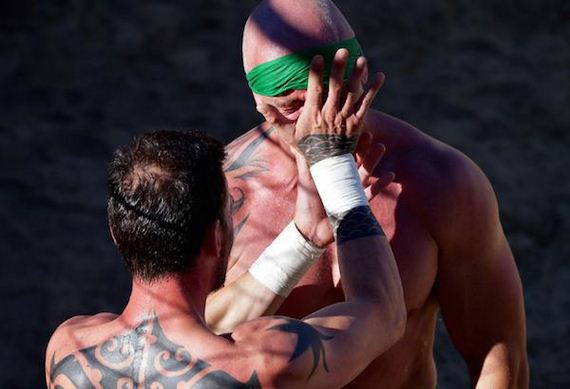 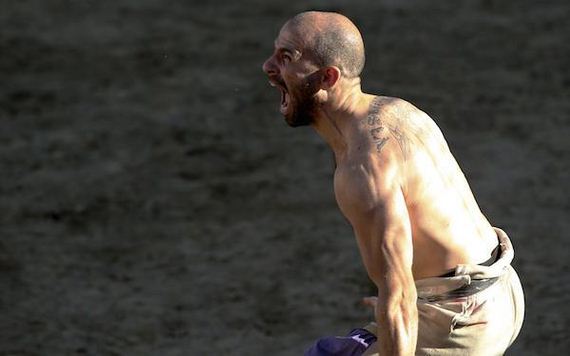 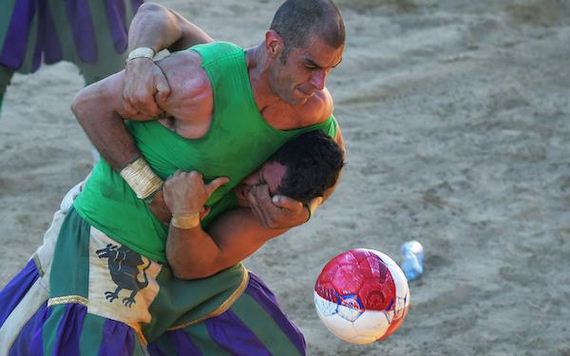 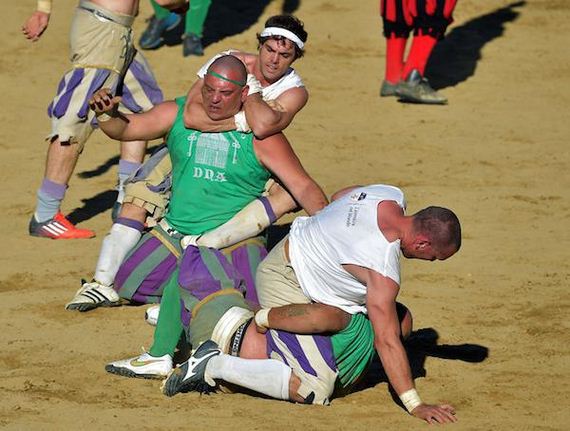 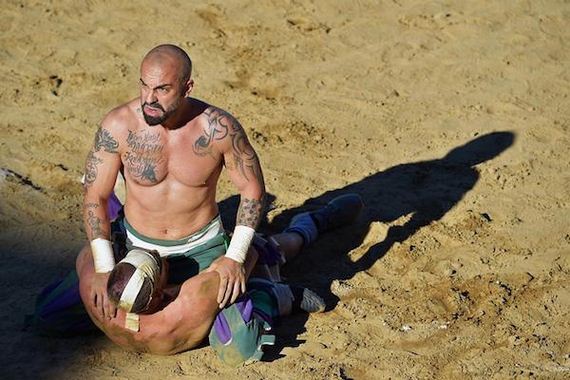 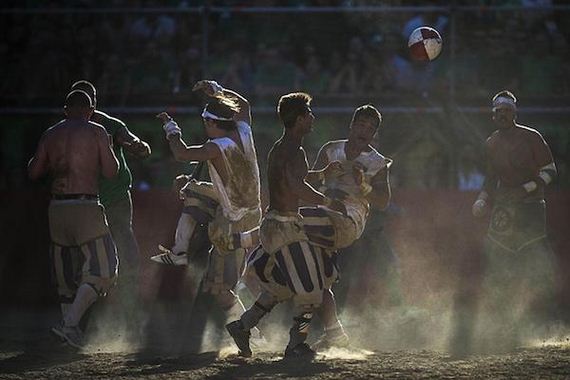 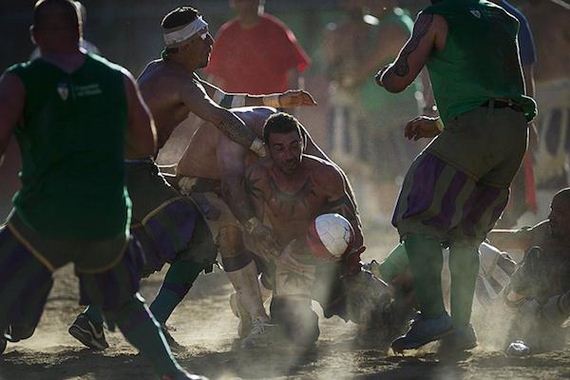 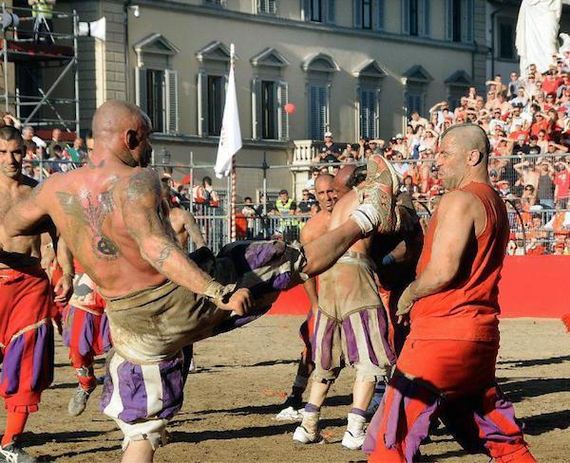 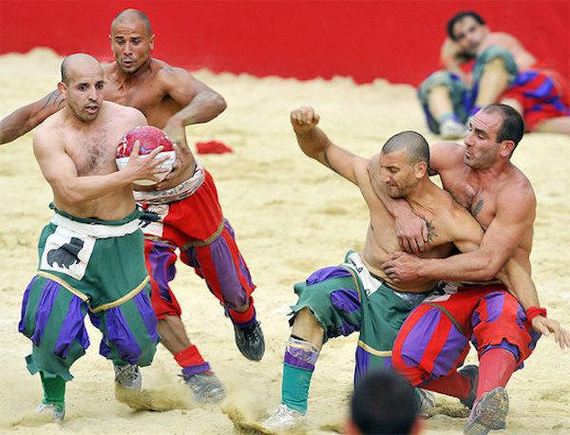 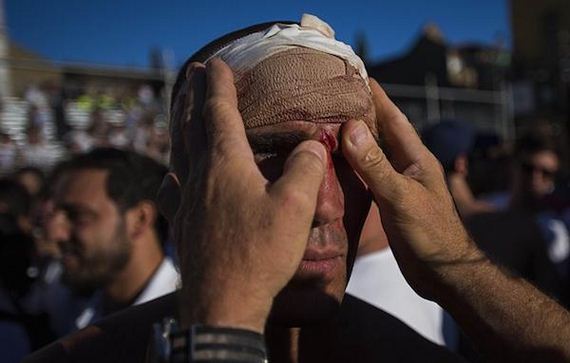 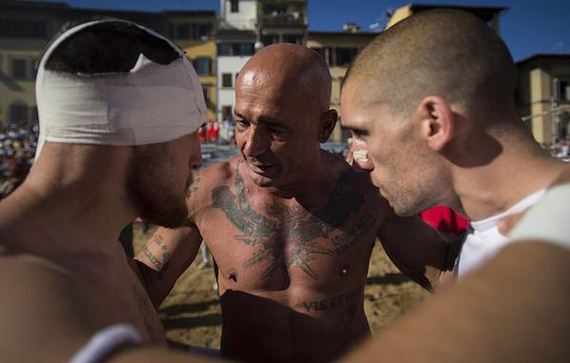 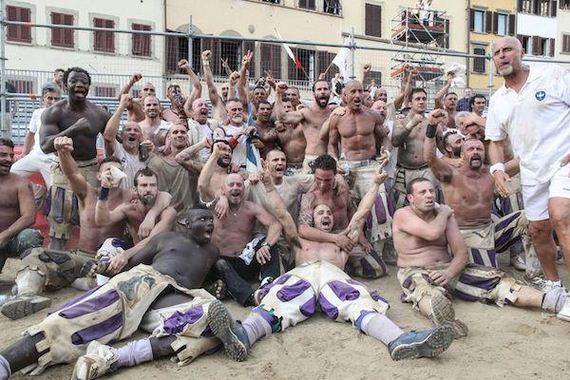 Previous In photography, timing is everything
Next This Is What The Inside Of A Camel’s Mouth Looks Like, And It’s Terrifying