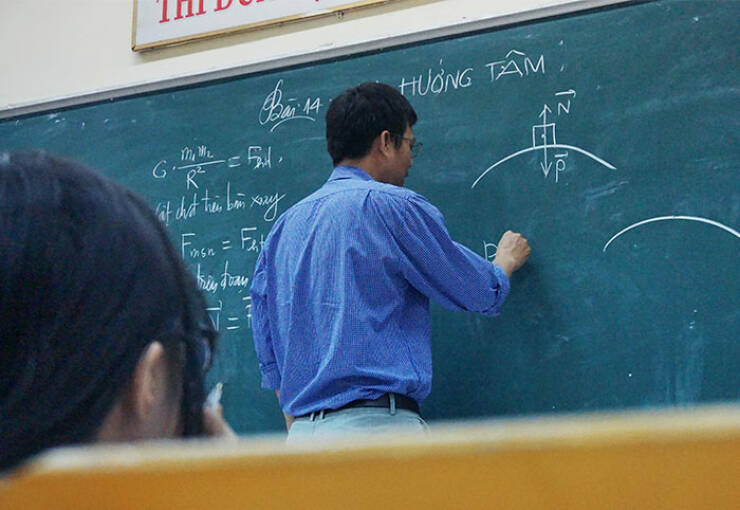 “Teaching in university/college. You have to do a PhD minimum, and consistently churn out new research materials. You’d have invested over a decade getting all the degrees but jobs are scarce so you end up being a temporary faculty for a few more years, doing the same or more amount of work for a fraction of the pay. At least, this is how it is in my country.” “Probably about any kind of artist, but in particular 3D (CG) artist. Tons of art schools popped up selling degrees to be a video game artist or a chance to be an animator at Disney or something. Ended up oversaturating the market with low quality portfolios that had no chance of ever getting into a major studio.” 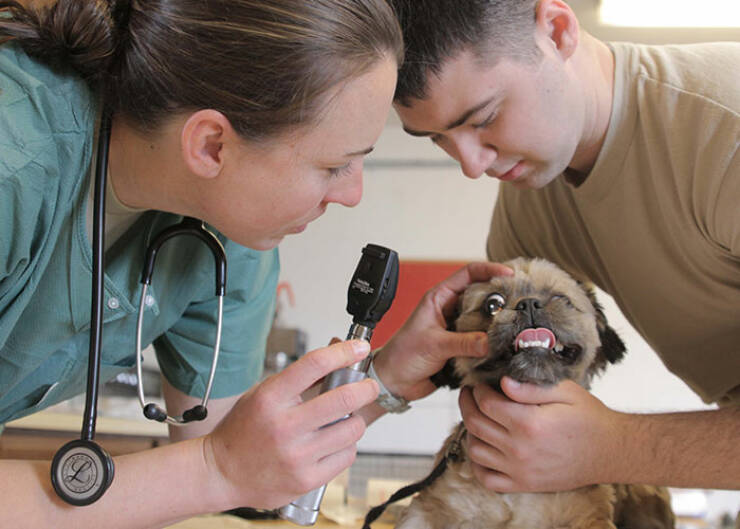 “Trap: veterinarian, debt of MD but fraction of the salary. Works if you don’t have to pay for college and vet school, but not really logical if you do.” 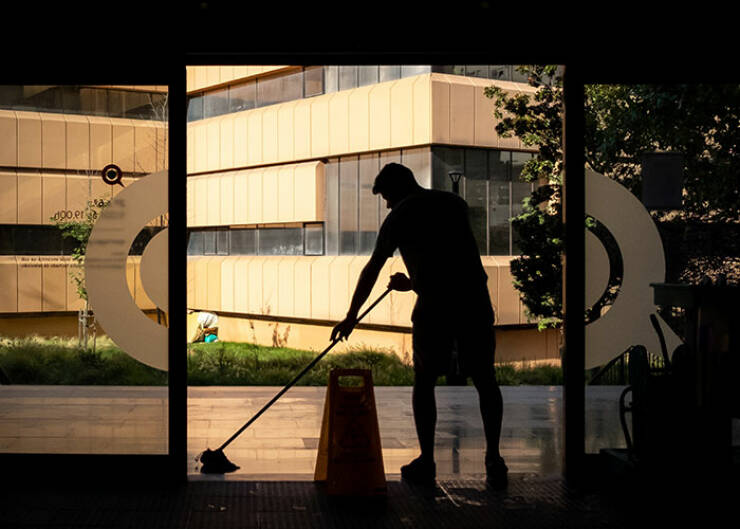 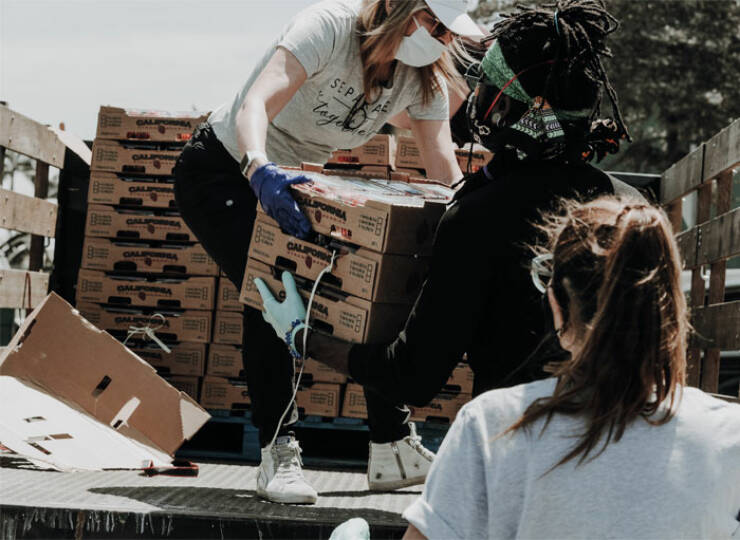 “A lot of non-profits rely on your desire to do meaningful work to get away with some pretty exploitative labor practices. I’m sure it depends though because that’s a really broad category.” 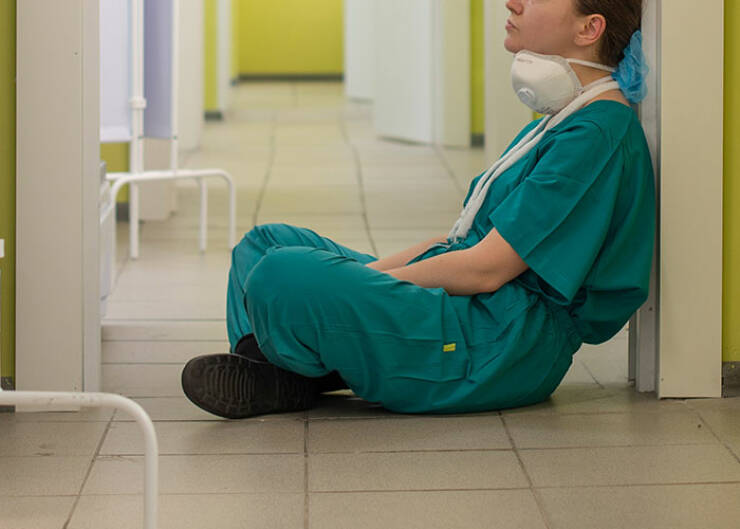 “Nursing school has to literally lie to students about what being in the floor in a hospital is like so that they don’t run away.” 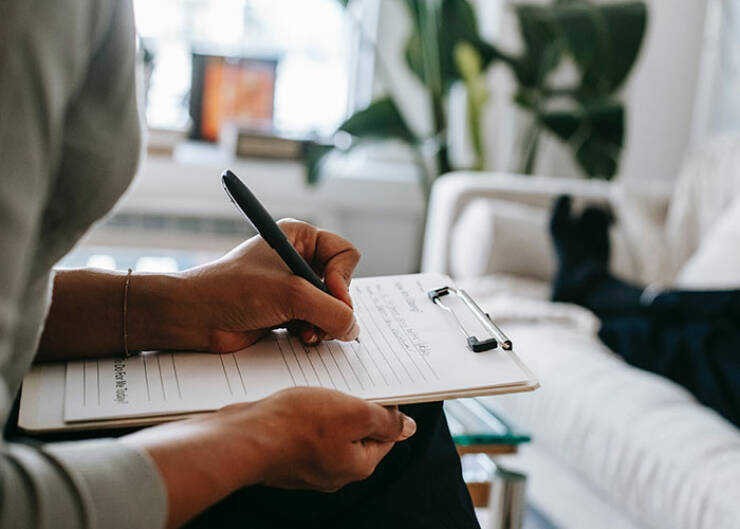 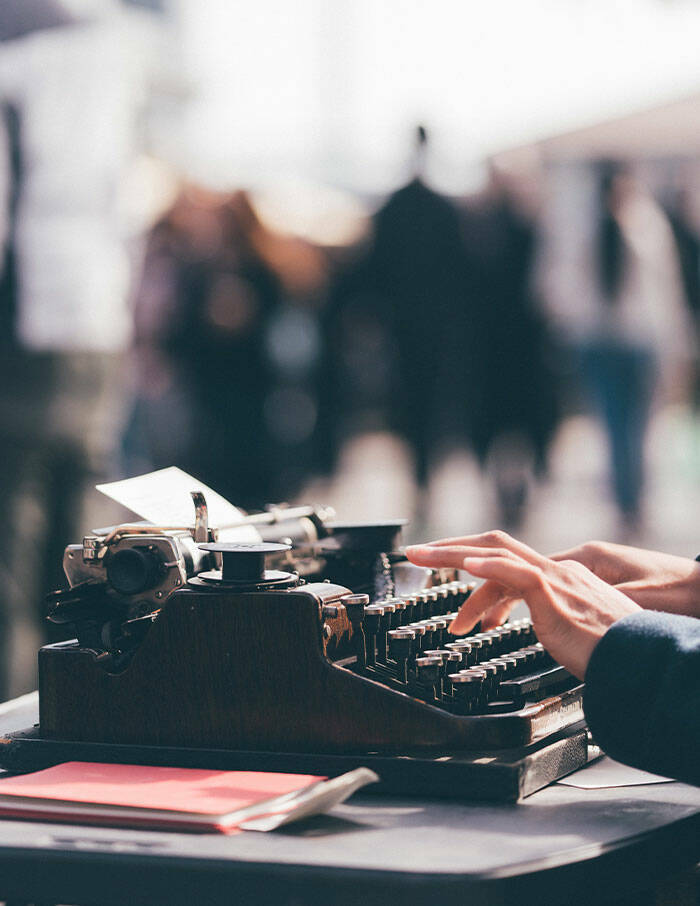 “Journalist. I started bartending in college to pay for the degree. Got it. I’m still a bartender. You don’t make money writing until you die. Or unless you f@#k your boss. I had no interest in television news so that was out. Plus, I live in DC. I got tired of the grind real quick.” 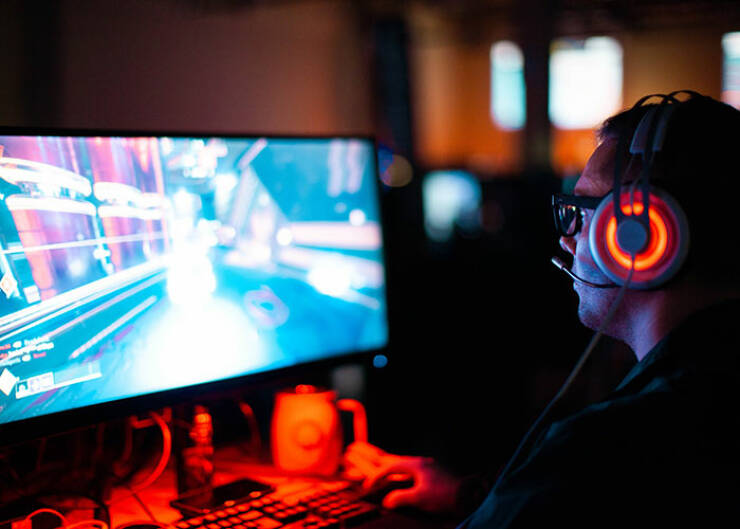 “Any video game career. I wouldn’t say any specialized degree is a waste, but it’s completely unnecessary. Jobs are super competitive so breaking in w/out experience is hard, and there’s more and more candidates every year. One company I worked for said they rejected five thousand resumes for a position they posted. If you are talented to get a job you’re talented enough to make 2x more outside gaming. Stress, burnout, and divorce are super common.” 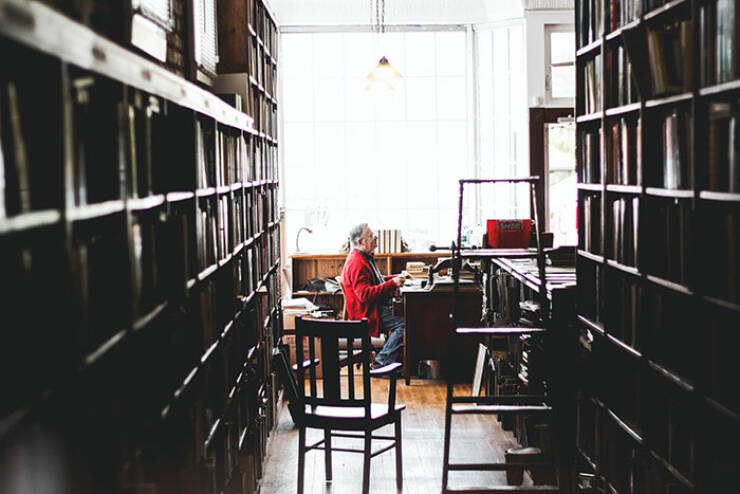 “The biggest scam is being a qualified librarian. For terrible pay, organizations want you to have a flipping Master’s in Library Science. If the jobs paid more, it would make sense but it’s absolutely ridiculous. Even worse because you can sneak your way into being a librarian other ways and still be paid what qualified people are paid (there are always exceptions).” 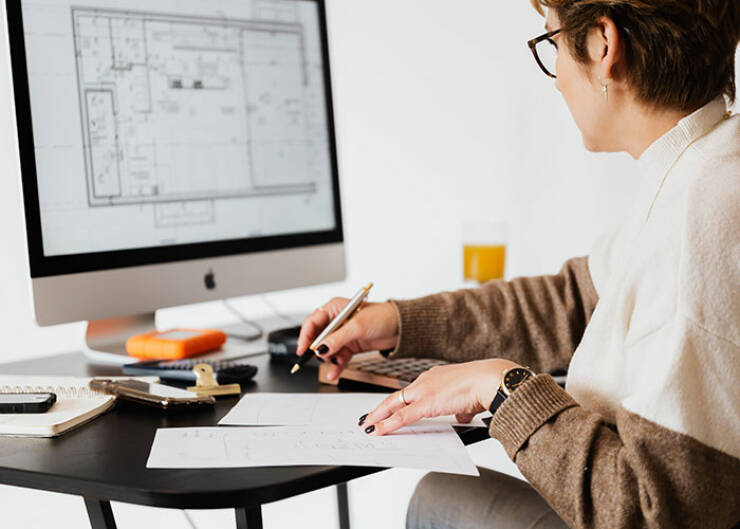 “According to what I’ve seen with a woman I dated, Architecture. Lots of hungry, driven kids coming out of architecture school ready to make their mark on the world. Reality is that Architects make little money while being pinched between developers, customers, and consultants. Everyone other than them makes the money, and they’re expected to work crazy hours.” 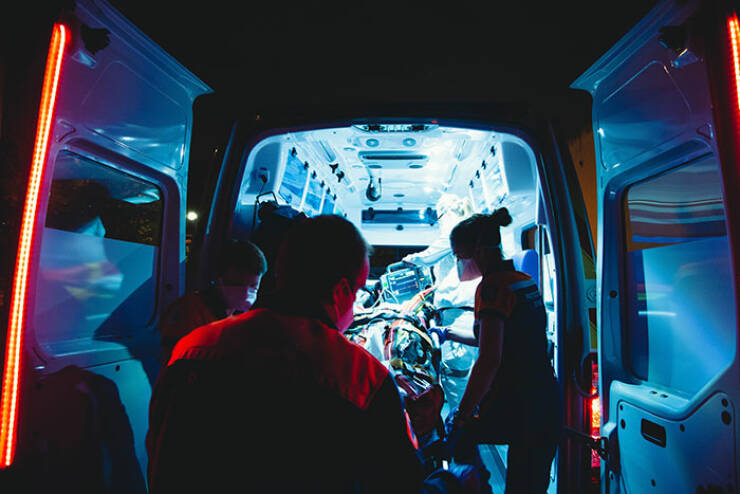 I know you don’t need a degree, but if I had a dollar for every girl that thought stripping was it… Wait, I do have a dollar for every girl. Cause I stayed on the staff side. You have more responsibility than dancing, but if you get some management or accounting or business training, you can move right up to mgmt quickly. Most people running a club do not have a formal education. They’re just doing what seems best, which can turn into who knows what. If you are professional, sober, not trying to sleep with the girls, and competent in the actual work, you’re a unicorn. The hours are crazy and people are crazy, but the money is great. And I feel like it’s so much more honest than a lot of corporate b.s. I sat through in vanilla jobs. A really well run club is a beautiful thing.

Also the trades, and other service work like hairdressers and house cleaners. You can make right under six figures if you work for yourself and can handle people well. These are both hard on the lungs though over time if you don’t mask and ventilate well when working with chemicals.” 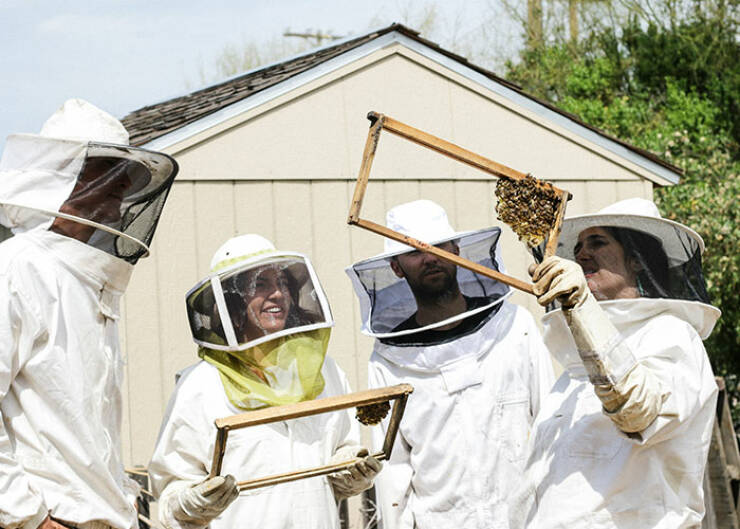 “I do beekeeping and while i find it very rewarding it seems like a growing trend of a trap. There have been a ton of people who “want to get into it”. Probably spend like $400 on equipment/bees and are done with it after 2 years. You could buy a ton of honey for that. Plus hobby beekeepers are worrisome because if they don’t treat their bees properly they can be a vector for disease.” 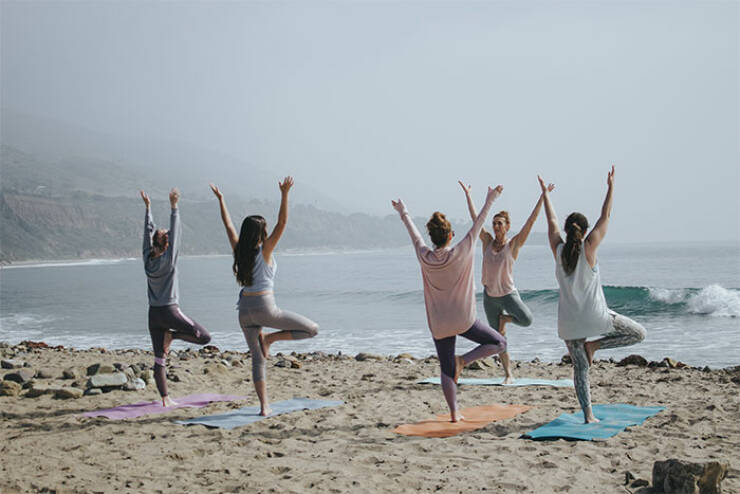 “Yoga teacher. I am still doing my yoga teacher training, but it is basically an MLM.”

“Working as an EMT or Paramedic. The work is rewarding but most companies are private and pay dog sh#t most of your money will be made on Overtime which is mostly forced due to understaffing. I did it for 6 years and completely burned out due to being overworked. Now getting picked up by and FD or a state/city run EMS program is different and better in my opinion but most people get stuck at a private company for too long” “Theater. Unless you are already wealthy and know people in a big city that can get you a position in a company. Everyone wants in, much competition, low pay. Bad hours. Lots of travel and basically begging for work. I could say more about the things that have disappointed me. There has been some fun moment’s and good people but I wish I would have gotten a degree in something useful. Putting Theatre design/production major on a application has never helped me.” “Carpentry seems to be good. I know two families where the dad is a carpenter. One is specialised in doing structural work like wooden beams for house roofs and so on, the other combined it with a love for art history and went into the restauration of antique furniture.

Both are their own boss, both are financially stable, own their own houses, provide their families, etc. When you have enough money saved up, you can also very effectively flip houses, because you can do so much of the work on your own.”

“TRAP: NursingI was used, abused, overworked, and under paid. Everyone ends up burning out quickly, and the working environment becomes hostle. I almost never got a chance to take a lunch, and was consistently asked to stay overtime to cover for a total of 16 hours. My husband had to come pick me up several times, because I was in not shape to drive home after covering. Having to cover someone was a daily chore, because the nurses I worked with decided to come in to work from a day to day basis.” “Being a chef. A lot of people spend a small fortune going to culinary school in order to work in a hot, stressful kitchen 70 hours a week, making a sh#tty salary that usually ends up being about the same rate (or less) that the burnout line cooks and dishwashers make per hour. Long days, endless deadlines, back pain from being hunched over prepping stuff all day, cuts and burns all over your body… not worth it, in my opinion.”

“Any city,state,county,federal job that is union. Get on the gravy train young and when the opportunity arises and it will, take the new job advancement. The pay rate usually has generous raises and good benefit plans. You can enjoy a good life while you’re working and A great retirement.” 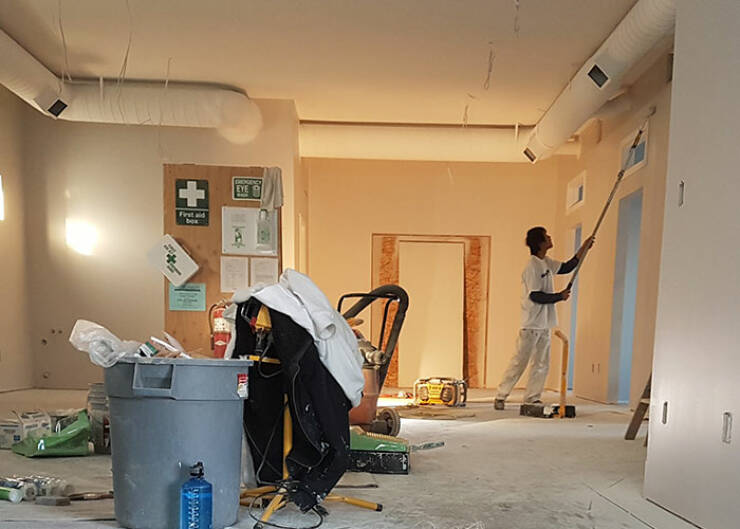 “Painting houses honestly. The market is constantly saturated with cheap workers so if you can get a reputation for quality work you can make a pretty penny.” 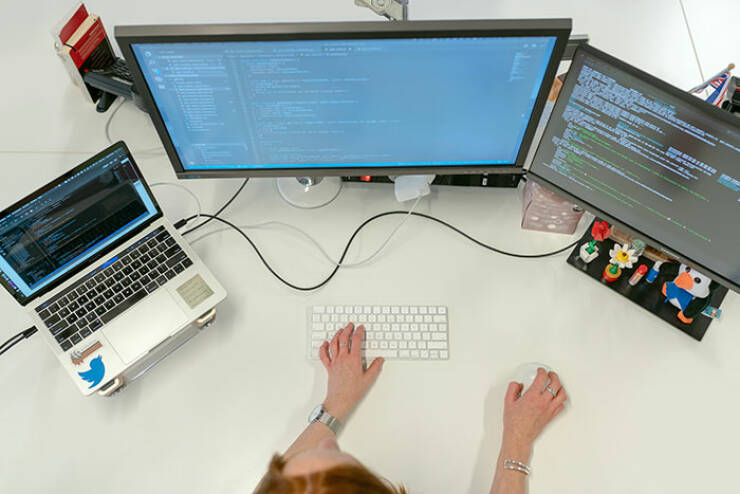 Its less that you can’t find work, but you never find work at your level, and everywhere I’ve ever worked (outside of the military wherein I got experience doing incredibly high level engineering work) has people who only half @$$ know what they are doing. We are talking mistakes that someone on the lower levels of IT should be making.

The jobs you then wind up getting will have bosses getting angry at you over things you couldn’t possibly know: Like how the network is structured, while at the same time refusing to give you network maps.” “Trap: biotech and biotechnology. Long hours, low pay, most of the work is extremely dull and monotonous relative to what I thought “science” was, not much in the way of transferable skills.” You have to take on $150k debt to train, there’s oversupply of pilots in the West (and that was pre-covid) so you generally end up at a cr#ppy low-cost carrier earning surprisingly little and paying back that debt.

You start off with little control over your hours and holidays. You compete with other pilots for the most attractive bases.

Contracts are very one-sided and redundancies are fairly common.

It was a pretty sweet career for a while, and senior pilots still enjoy a lot of benefits.

But to me, it just looked like a multi-decade grind of shift work and poor pay in some cr#p corner of the continent.”