Cat Fitted With Bionic Paws After After Frostbite Accident

During freezing temperatures of -40F in Siberia, an abandoned little cat lost all four paws to frostbite. When the feline Ryzhik was discovered, the frostbite had caused gangrene and his paws could unfortunately not be saved. 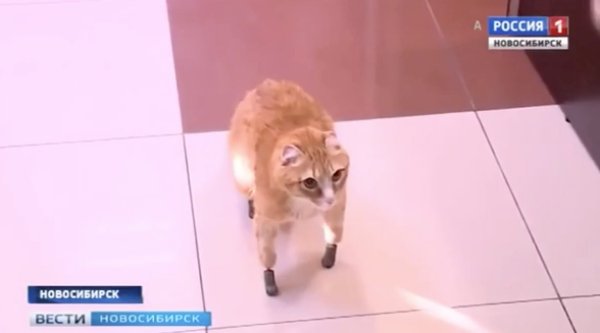 Earlier this year, a similar incident occurred in the U.S. This cat, Fluffy, shows the former state of what the frostbite would have looked like when Ryzhik was discovered. 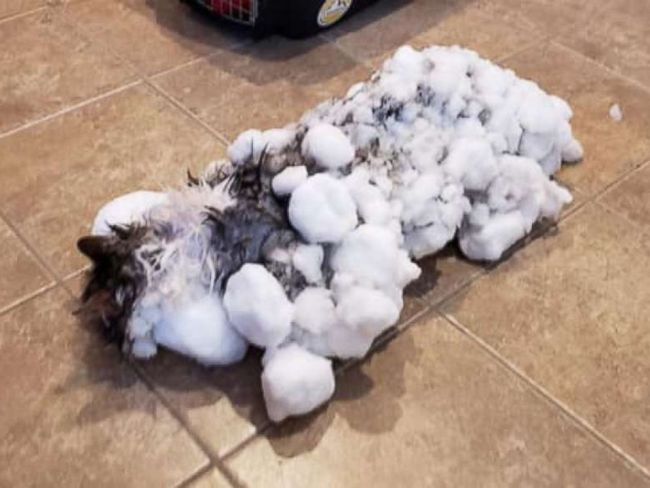 Normally, with severe injuries like this, an animal would be put down. However, Ryzhik’s new owners weren’t willing to give up and brought him to a clinic in Novosibirsk, Russia to have some artificial limbs fitted. 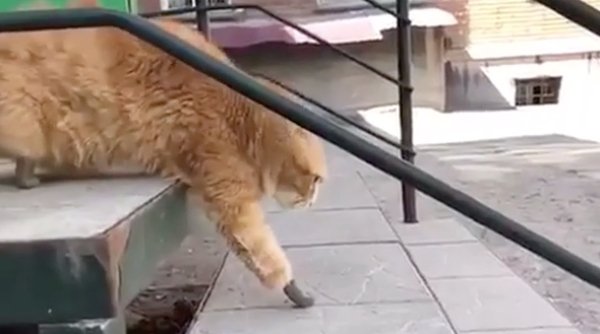 Vet Sergey Gorshkov and his team used sophisticated computer programming and 3D modeling to achieve what is being considered the world’s first bionic cat limbs.

Vet Gorshkov explains, “He is definitely the first cat in the world who experienced such surgeries. The limbs have fully connected with the skin and bone.” 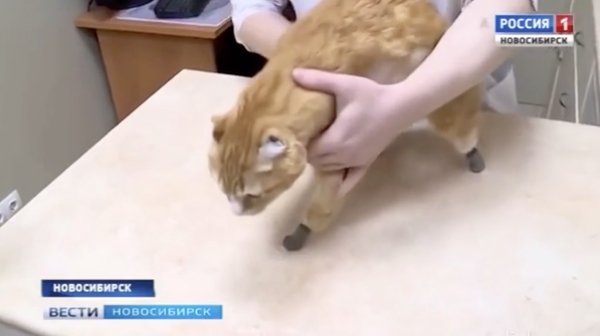 The clinic is happy to report that there was no implant failure. Vet Gorshkov explains “The part of the limb that goes inside the body is spongy, the bone tissue grows inside it.” The skin successfully grew together with bone and into the titanium. 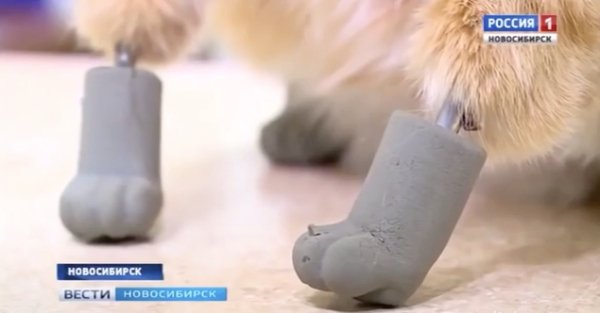 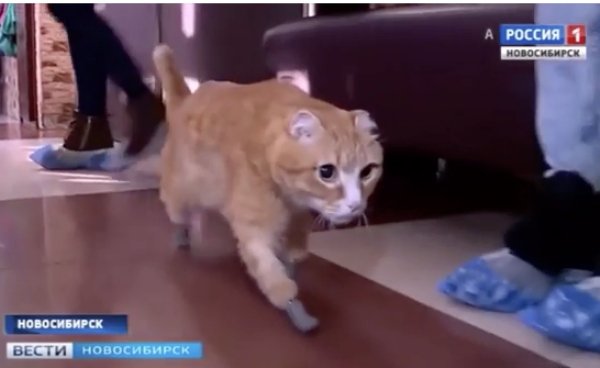 Previous When A Picture Says More Than Just A Thousand Words Vol.23
Next 24 Guys Totally Winning At The Dating Game