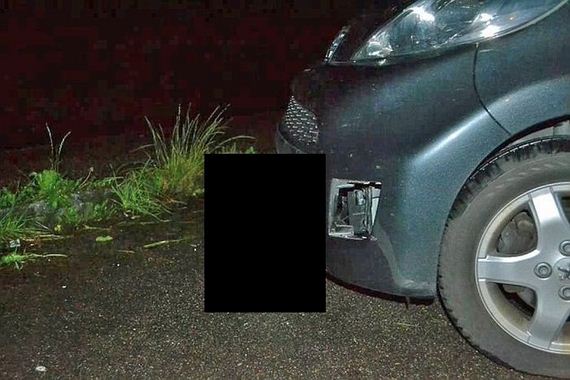 This cat got hit by a car that was traveling 75 mph (120 km/h) and it survived. This cat must have super powers.
“After she said that the animal was hit at a speed of 75 mph (120 km/h), we were sure that it was lost, since, according to the motorist, she traveled with a cat stuck in a bumper, a further 12 km. Big surprise was the fact that he was still alive,” a police spokesman told the Daily Mail. 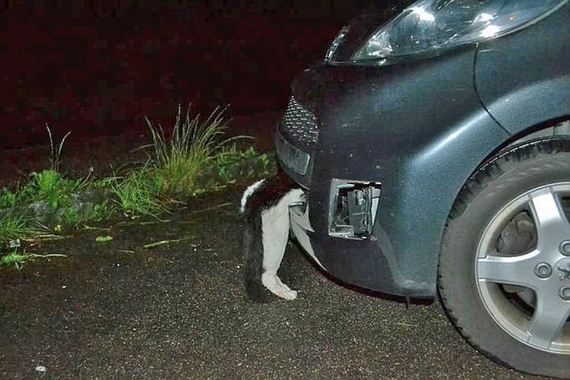 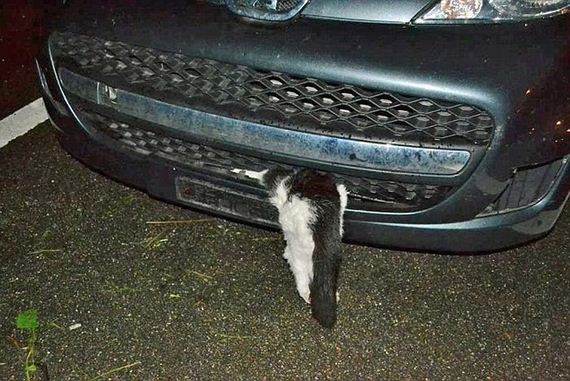 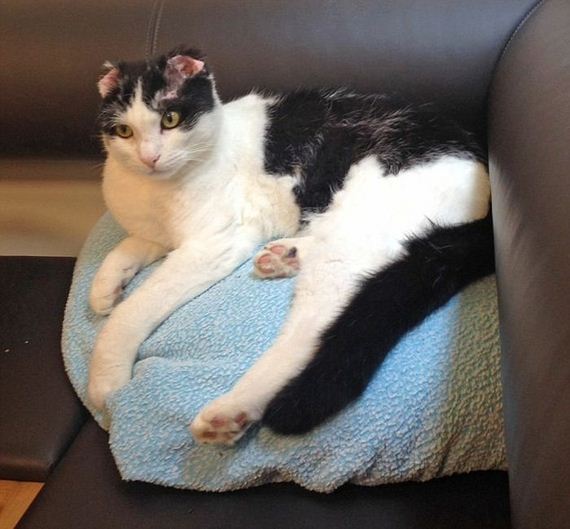