This couple’s photoshoot got “photobombed” by a monarch butterfly 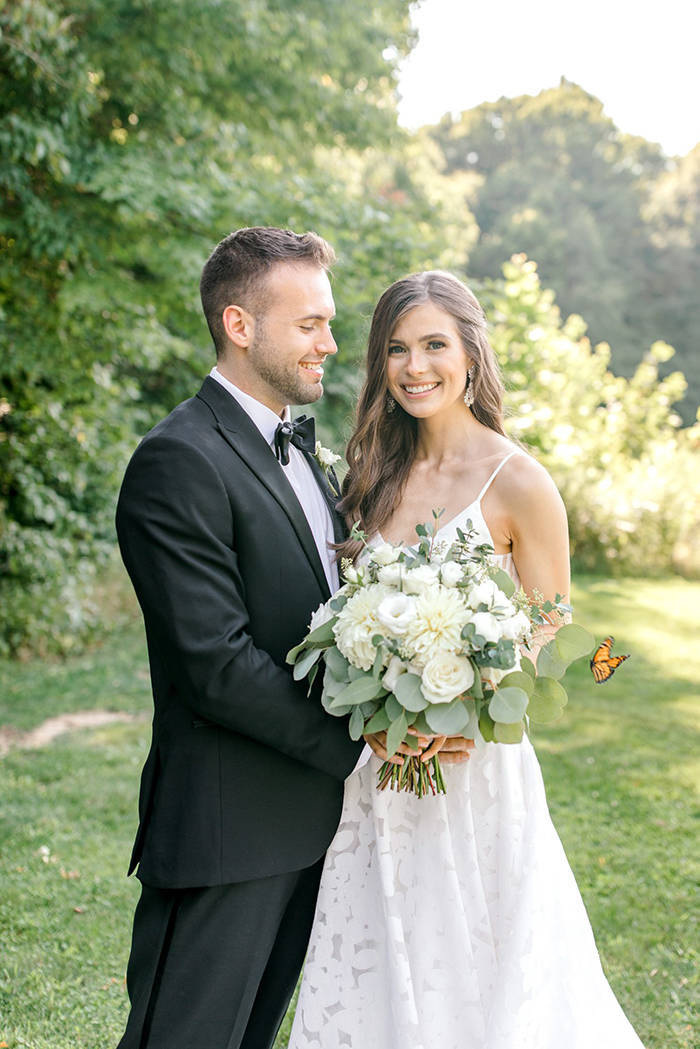 “What a beautiful day yesterday celebrating Brooke & Drew!” photographer Laurenda Marie wrote on her Facebook page upon sharing the pictures of the couple’s magical day. “Before getting to a larger preview, I had to share this sweet visit from Brooke’s late grandmother in the form of a monarch butterfly,” Laurenda continued. “She passed just before their engagement, and LOVED monarchs. She hung around for about an hour while we were out doing portraits, and was very adamant about getting in all of our shots! My heart!”

Photographer Laurenda told in an interview all about the fabulous photoshoot with bride Brooke Naumcheff and groom Drew Parker at Grand Ravines Park in Jenison, Michigan. The shoot on August 14 was the third time Laurenda worked together with Brooke and Drew! “I photographed their proposal, engagement session, and now, their wedding.” 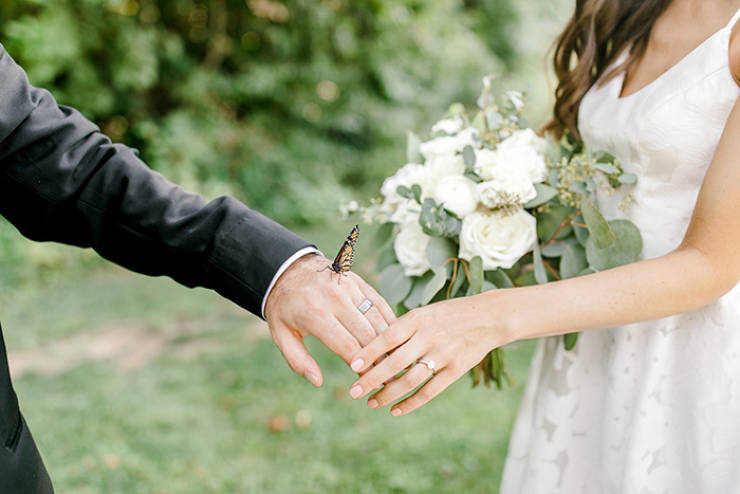 According to the photographer, the shoot happened on a beautiful summer day. Unfortunately, there were a lot of emotions leading up to the shoot because of the coronavirus pandemic.

Who sadly passed away shortly before the couple’s engagement 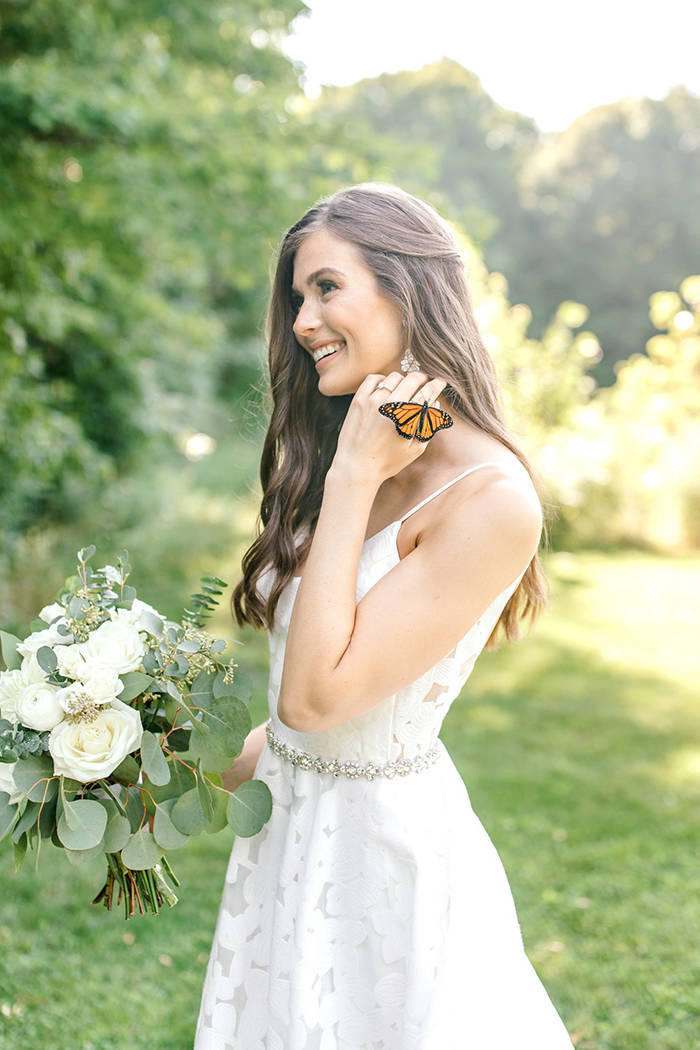 Coincidentally, for grandma, monarchs were her favorite type of butterflies 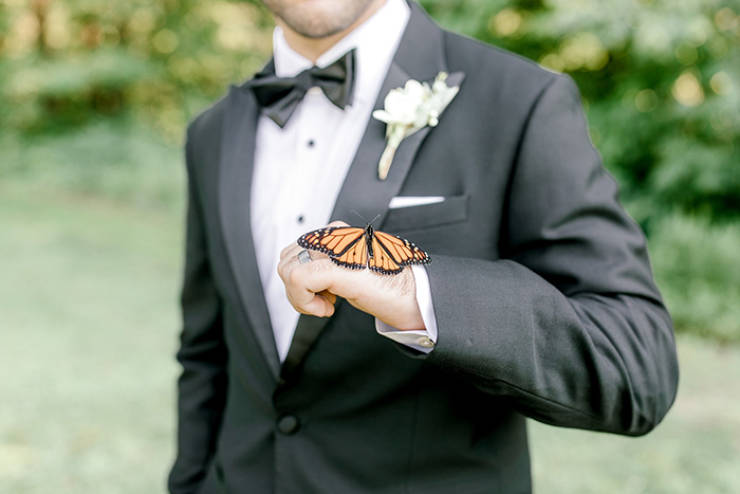 “The anticipation of their elaborate celebration quickly fizzled. In order to meet State guidelines, Brooke and Drew had to make the gut-wrenching decision of slashing their guest list, turning their dream wedding into a small, intimate affair with immediate family and a few friends. They both handled this delicate situation with grace and ease, going into the day full of positivity and ready to celebrate their love,” Laurenda explained how the couple met the challenge head-on. 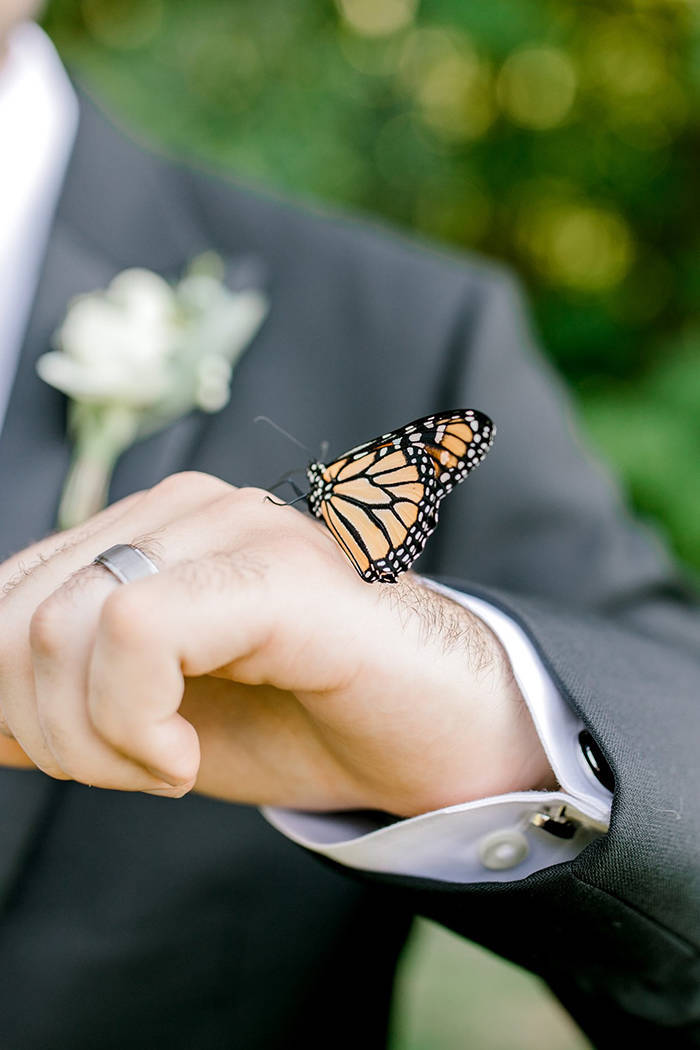 “And [she] was very adamant about getting in all of our shots!” 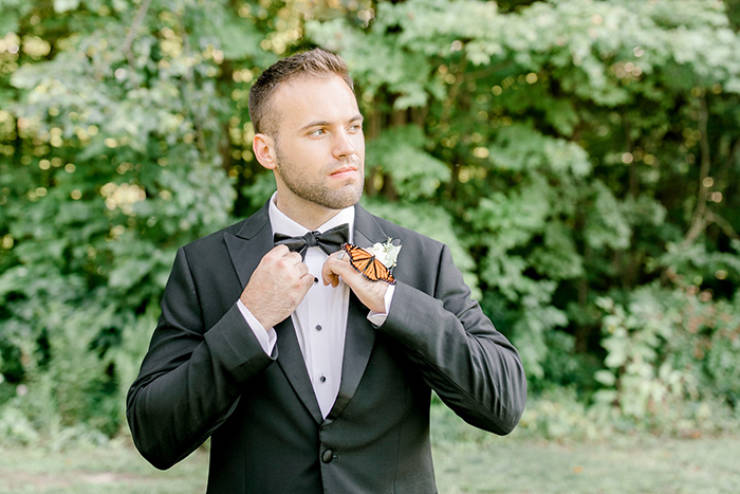 Everything went smoothly except for one moment during the ceremony when a wasp landed on Brooke. “The monarch butterfly showed up about the same time we did, first taking a liking to the groom, landing on his pant leg, arm, hand, and diving into his face at one point during photos with his groomsmen,” the photographer detailed what happened with the gorgeous orange insect. 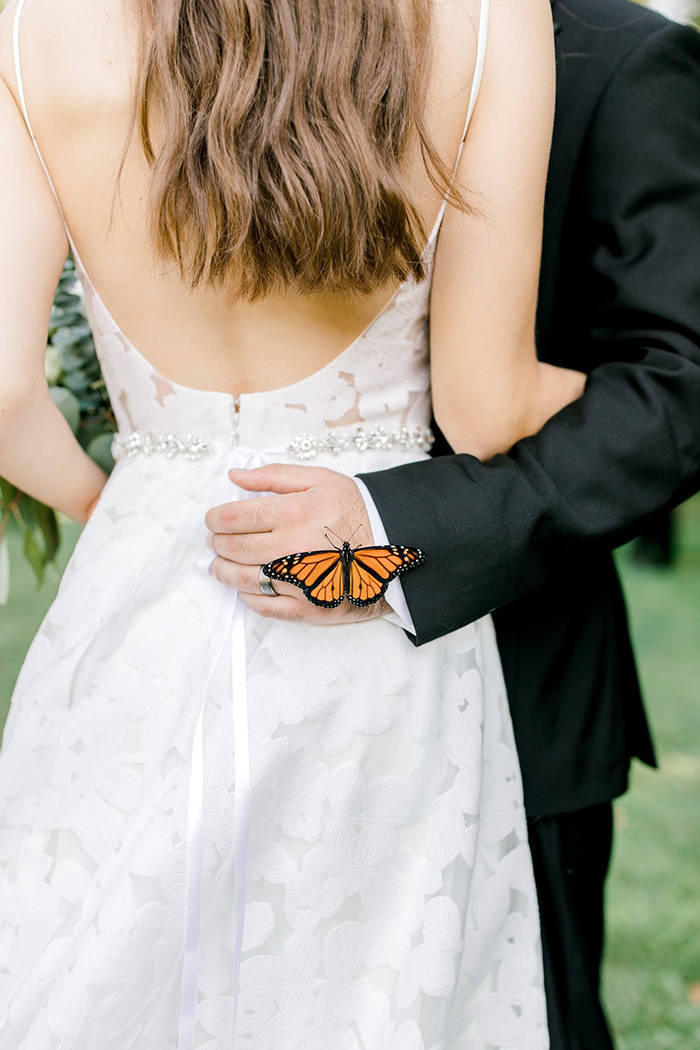 “For about an hour, the butterfly would land, fly gracefully in circles around the couple before landing yet again, usually on an arm or a hand. Camera ready, I told them both to pose, which comes naturally to Brooke, being a signed model with Ford Models, among other agencies!”

Just last year, one couple’s wedding photoshoot got interrupted by a curious deer 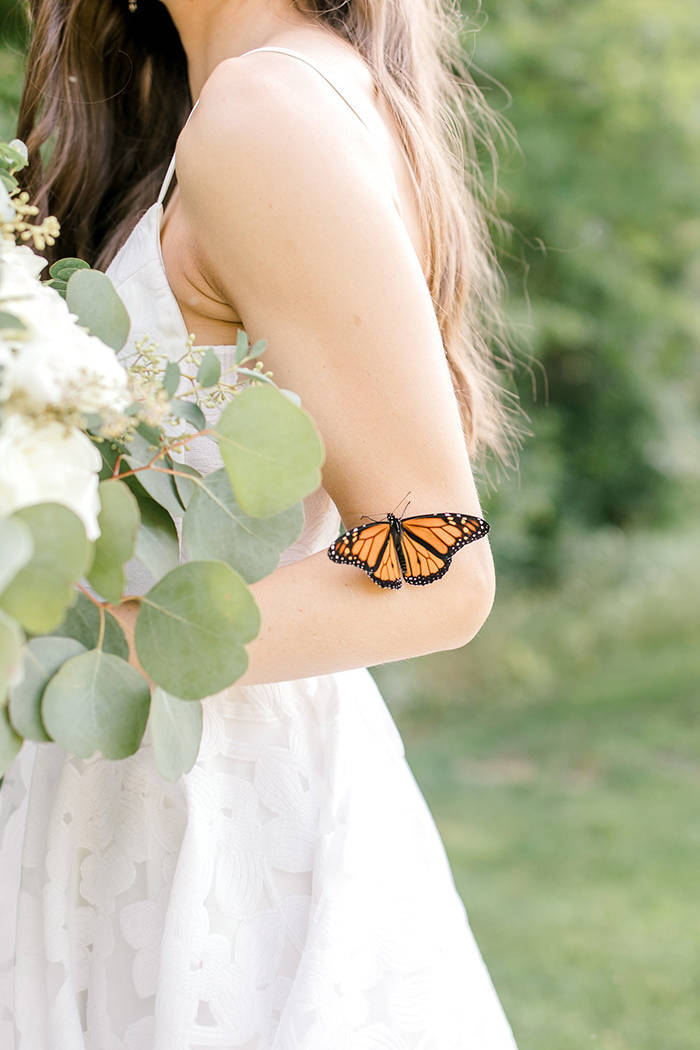 She continued: “I waited patiently on many occasions for the monarch to spread its wings, wanting to capture all of its details and beauty. The butterfly was far from camera-shy, allowing me to get in close on several occasions. Never spooked, and seemingly enjoying its time with my couple. Brooke mentioned it must be her late Grandmother, who passed just before their engagement and had a love for monarchs. Whether one believes in this or not, there is no denying this little creature took a unique liking to the newlyweds.”

Since then, the photographer’s work has gone viral 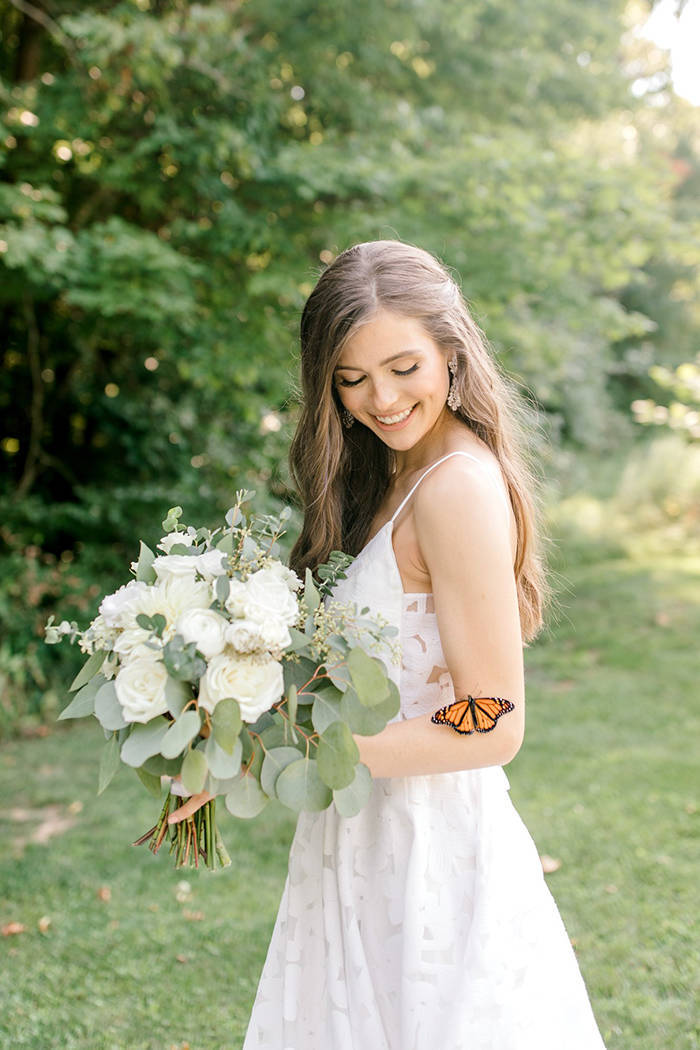 Laurenda admitted that she’s never seen butterflies acting like this, not even once. “I see butterflies in nature all the time, but I have always admired them in flight, never on humans, and posing for photos—for an hour! It was truly a magical moment.

There are people who believe that the photos were staged 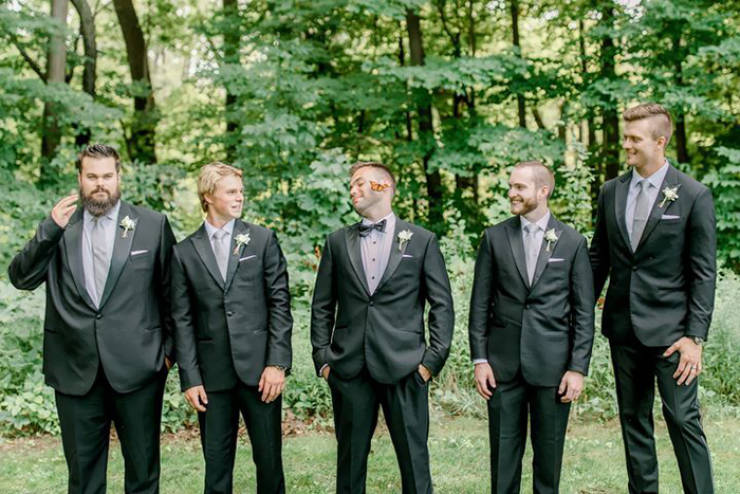 The photographer also revealed a bit about how the pandemic has changed her profession this year. “With all the unexpected that’s come with 2020, I’ve had to adapt as a professional wedding and family lifestyle photographer to the ever-changing,” she said. 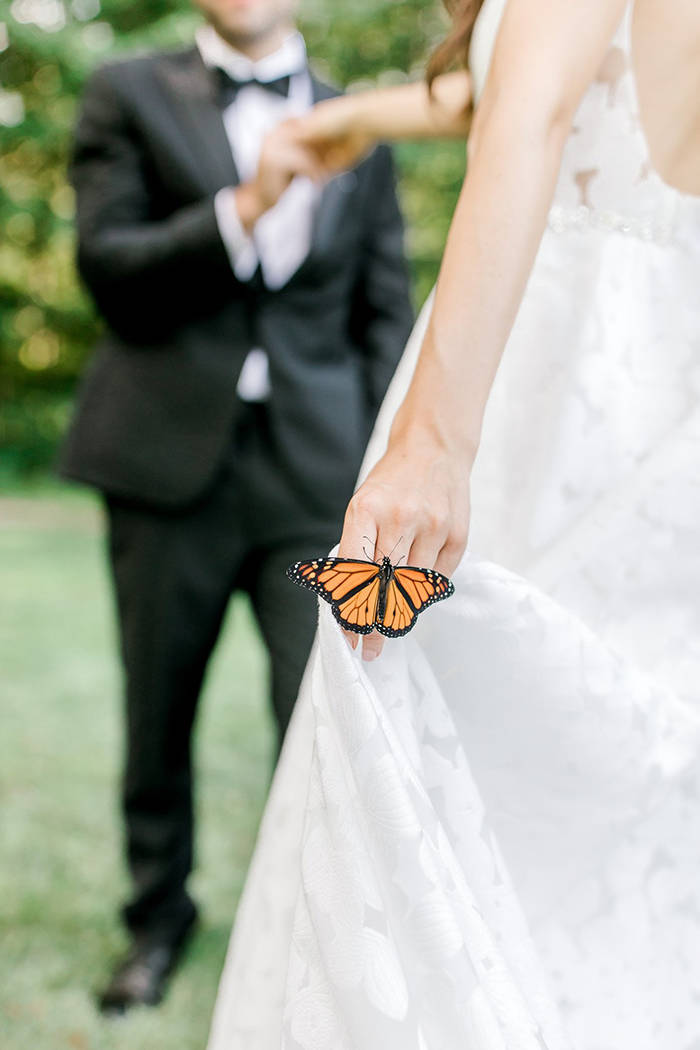 “[I had to] adapt by becoming more flexible with scheduling, more understanding and compassionate as couples face wedding planning adversities, and less hard on myself as one who thrives on routine and structure, as there isn’t much of that right now. I adore what I do and I am just grateful to be able to provide beautiful images, like these, to my incredible clients.”