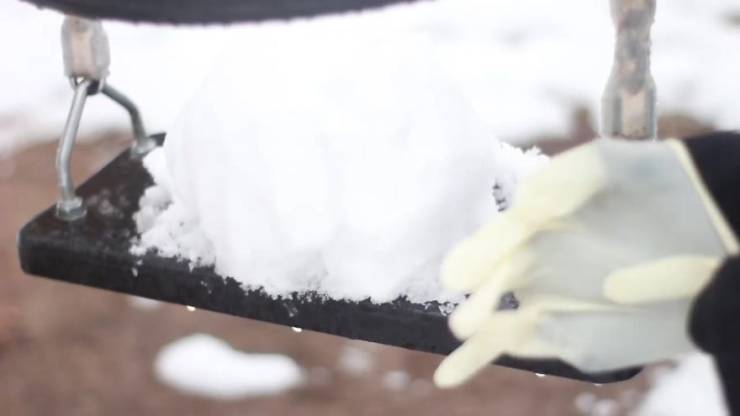 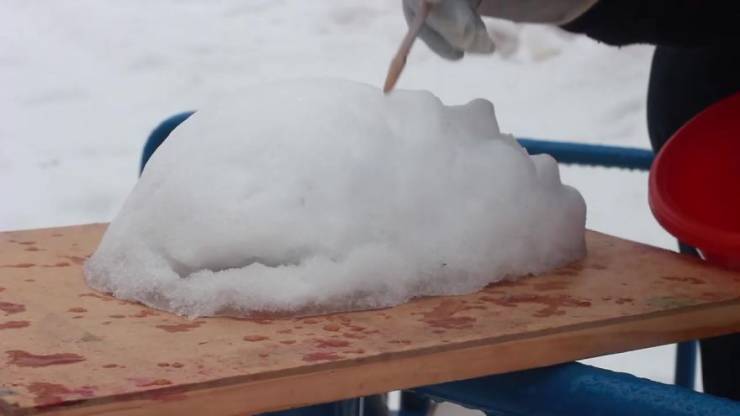 Alexander had to wait for the perfect weather conditions to create this creepy sculpture because the snow had to be perfect for shaping: “I needed the temperature outside to be above freezing so that the snow could be carved well. I followed the weather forecast daily, as I was looking forward to that day. It took me several hours to create it. I managed to finish it just before nightfall. Even though the weather was good, it quickly melted and fell apart, so I needed to revive it during filming. Without an assistant, I would sculpt and shoot at the same time.” 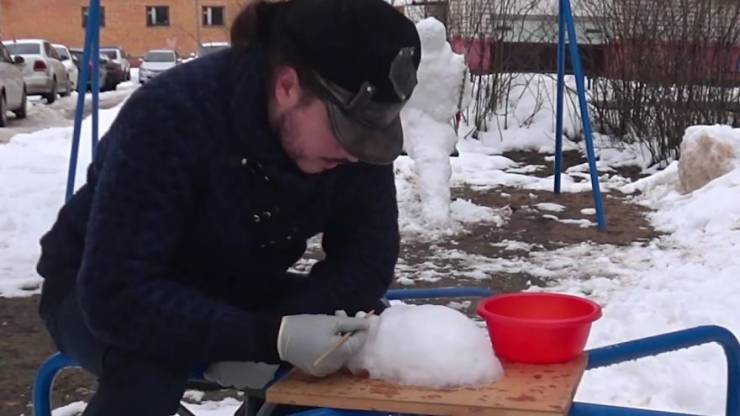 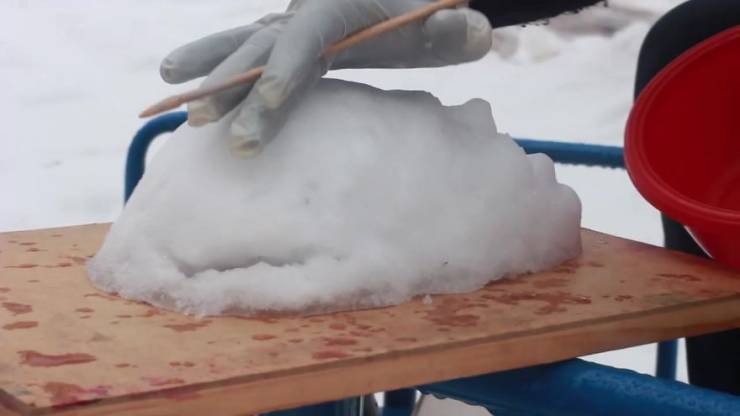 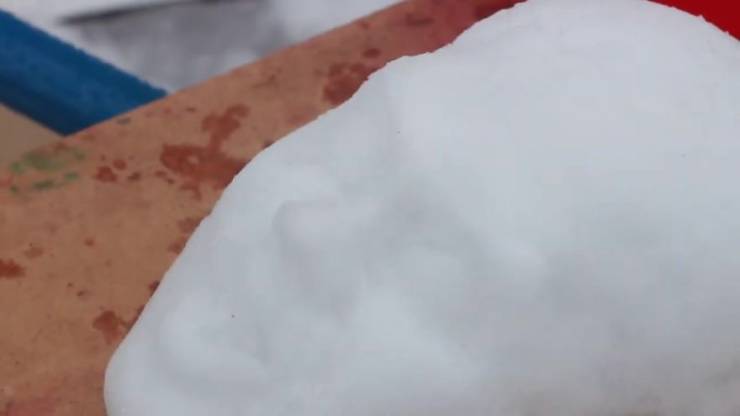 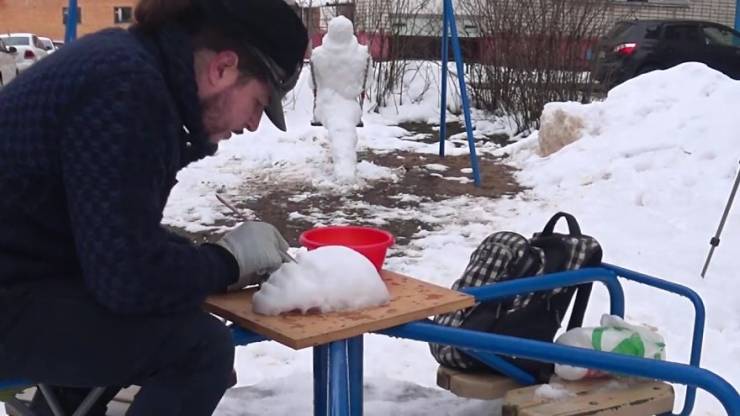 Alexander Savski is a sculptor, photographer, and painter. He creates 3D models and YouTube videos. He also does a lot of makeup looks and bodypaint on his Instagram account. It seems like he really enjoys art, creating interesting things, and sharing them with the world. If you want to watch the creation of this creepy snowman, please check out his YouTube channel with the link above. 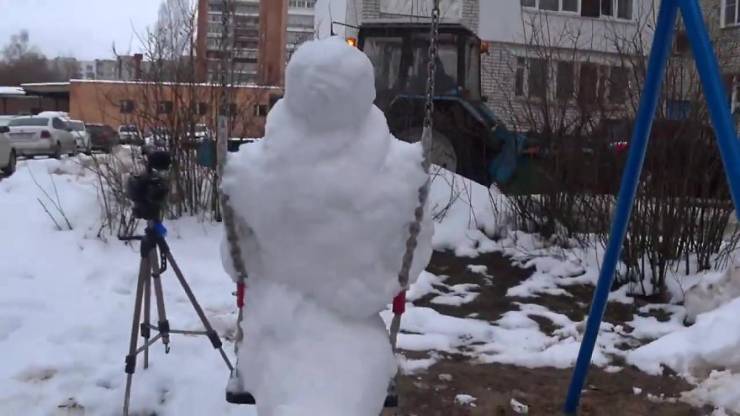 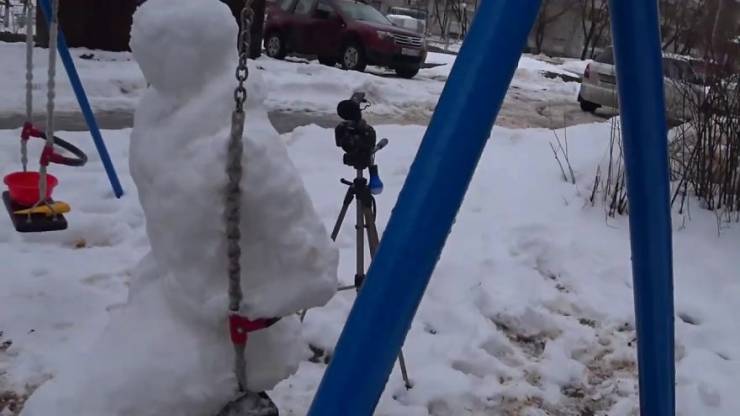 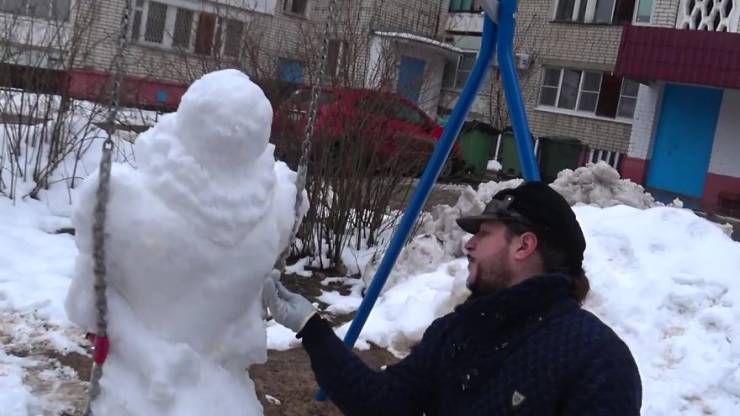 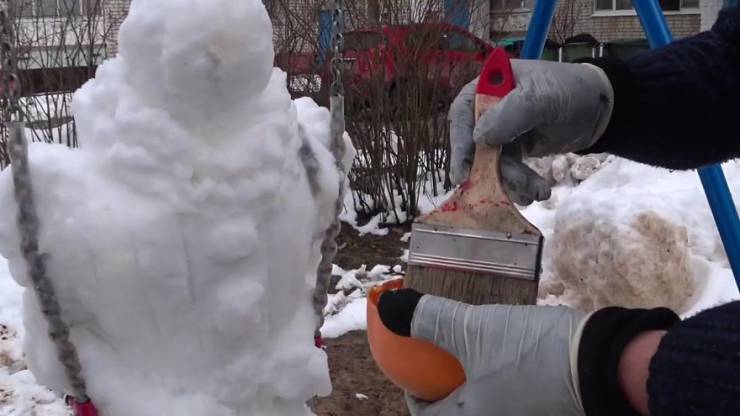 As mentioned before, Pennywise was the character Alexander chose to create for the competition. Pennywise is a character from the horror movie It, first released in 1990 as an adaptation of the novel by Stephen King, also called It. The remake of the classic It was released in 2017 and has inspired many artists worldwide. Makeup, SFX artists, painters, sculptors, and many more all wanted to capture the creepy essence of Pennywise in their work. The movie was a big hit. It: Chapter Two was released in 2019. 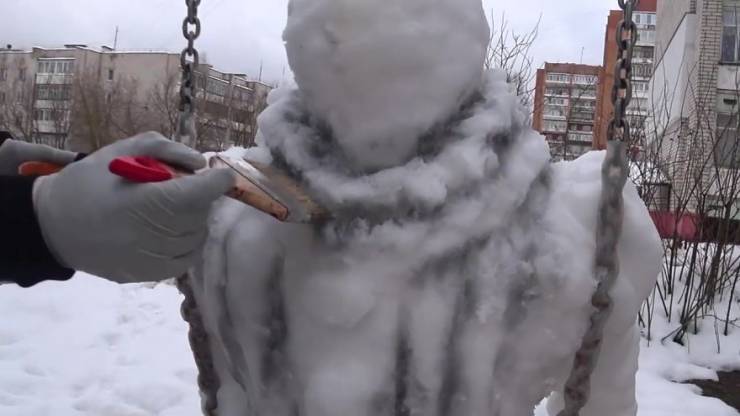 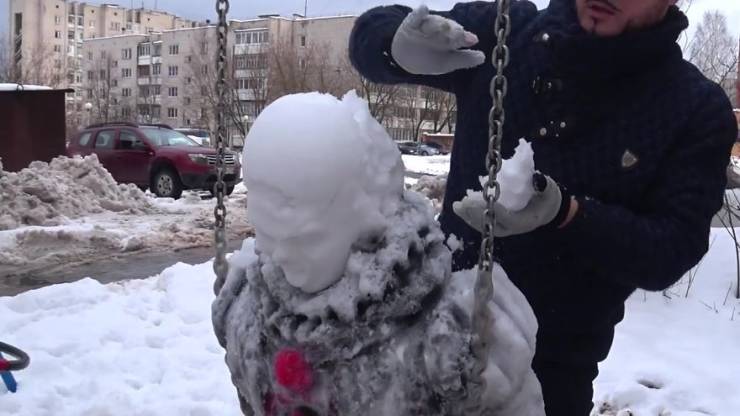 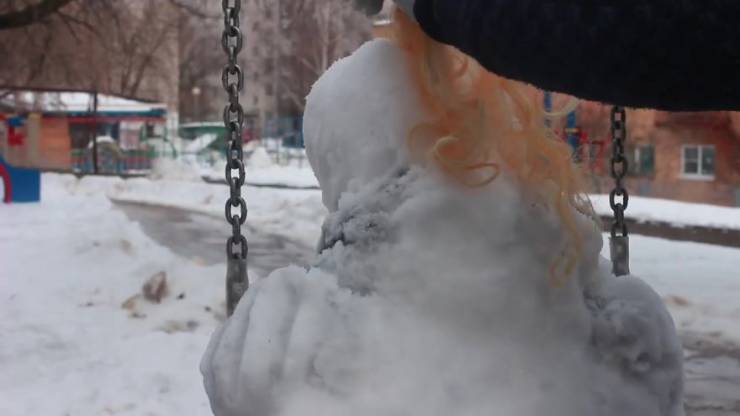 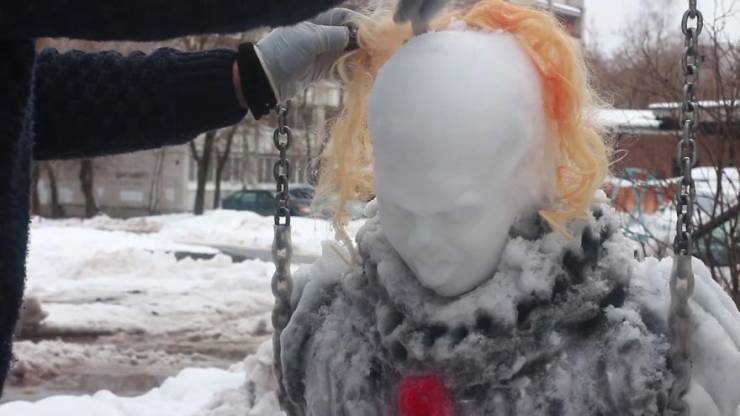 Alexander did a great job recreating the clown. Hopefully, not too many people were scared by Pennywise in their courtyard. What do you think about Alexander’s sculpture? Would you be scared if you found it in the playground next to your house? Share your thoughts in the comments! 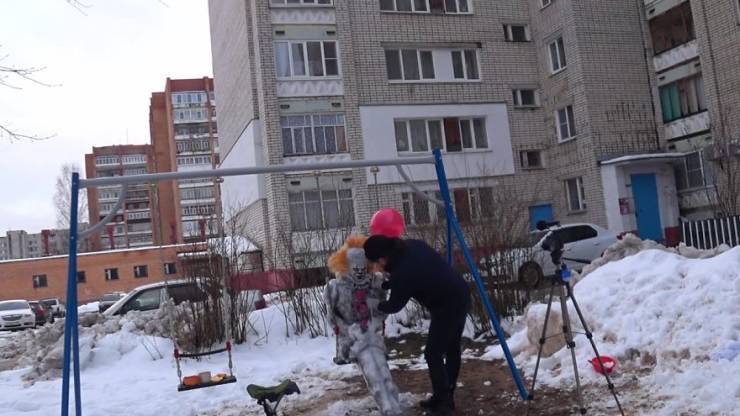 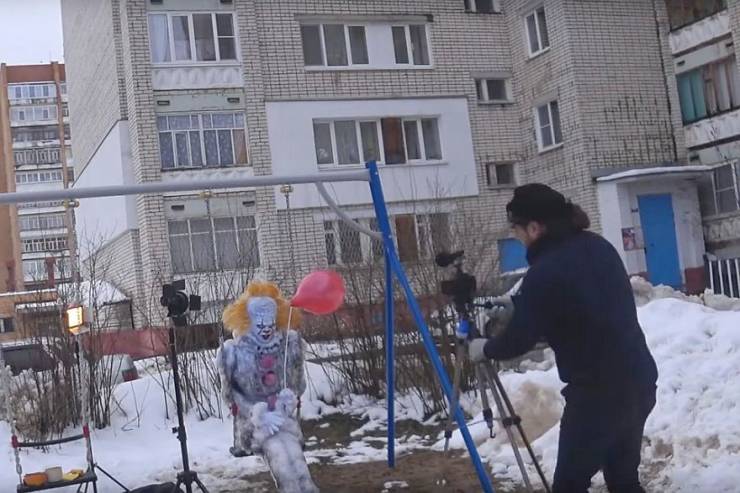 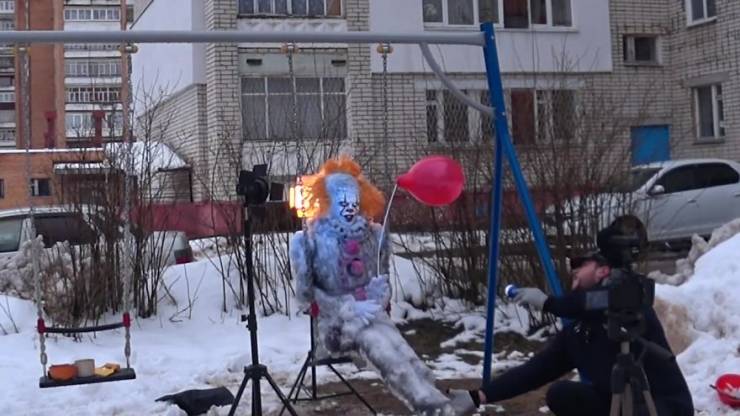 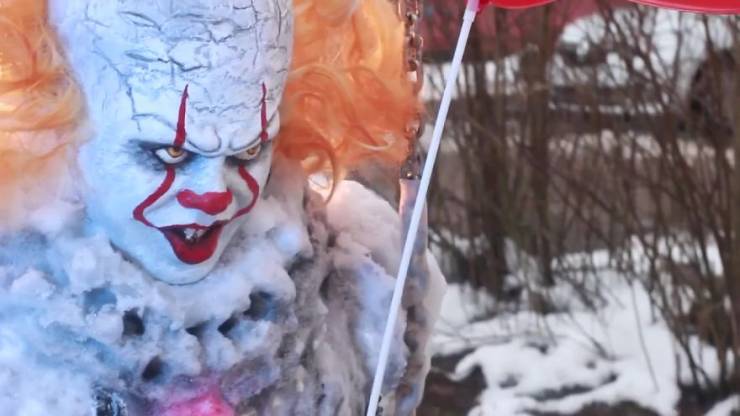 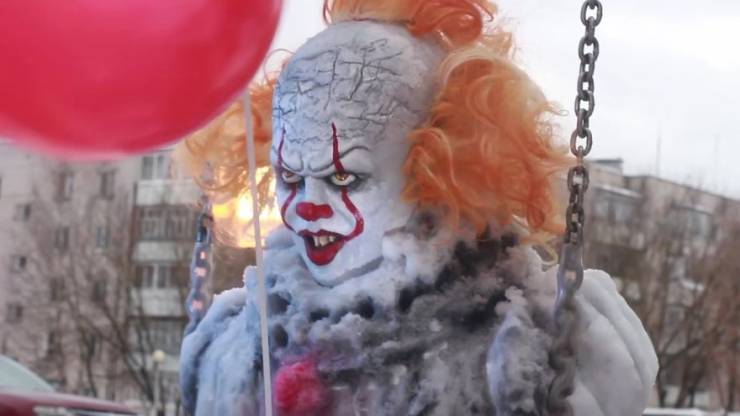 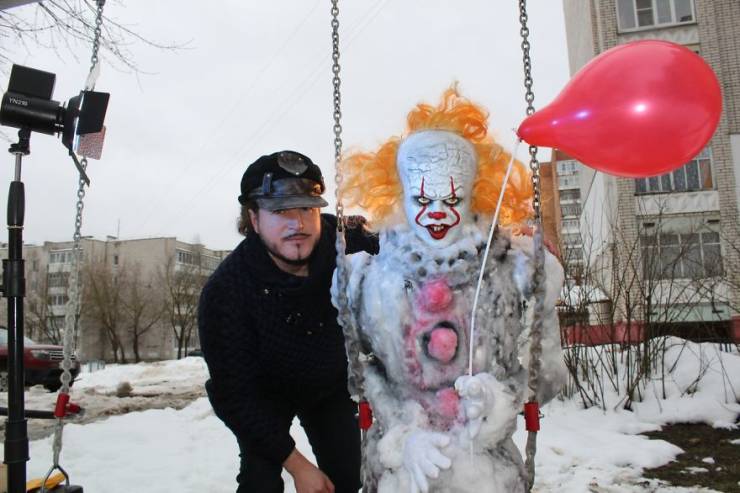