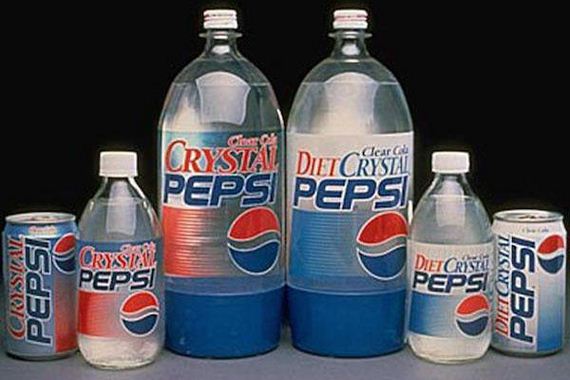 If you had the pleasure of experiencing the 90s, then you know that you were crazy about Crystal Pepsi. I mean, come on! Crystal clear soda that tastes like cola. It was some seriously tasty liquid sorcery. 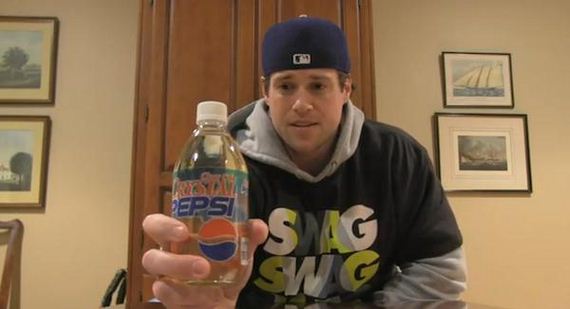 Back in 2013, the ‘L.A. Beast’ posted a video of himself drinking a 20 years old bottle of Crystal Pepsi that he bought on eBay for 80 bucks. He claims it was delicious, but after a few minutes, he proceeded to puke it all up. This started the movement to bring Crystal Pepsi back so that people didn’t need to drink 20 year old bottles to get their fix. Well, lucky for us, Pepsi has finally delivered. 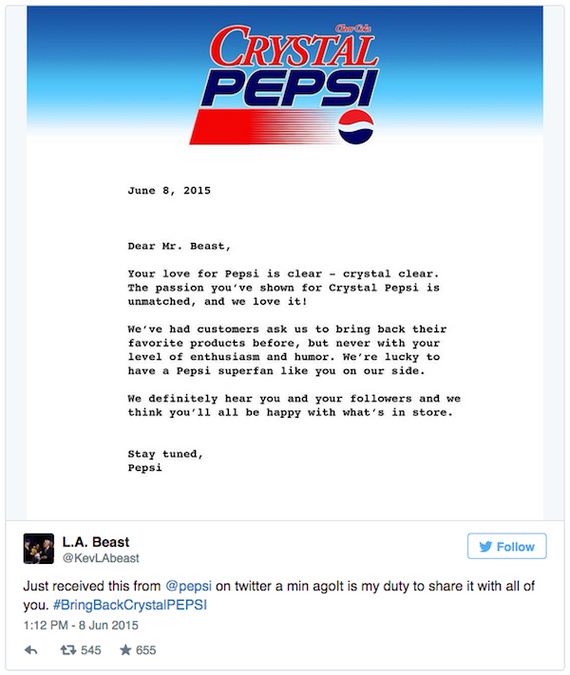 This note was sent from Pepsi to the L.A. Beast this week. It has been confirmed as genuine by a spokesperson from Pepsi, so no need to worry about it being fake. Let’s just rejoice about the fact that we all may be able to enjoy a nice class of Crysal Pepsi in the very near future.

Thank you, Pepsi, for bringing this back, but more importatly we should be thanking science for the fact that this nectar of the gods actually exists.