Eyelash vipers are the kind of snakes that will actually camp out in a specific spot and wait for prey to wander by before they strike. The interesting thing about these particular snakes is that they will return to the same ambush spot yearly, just in time to catch birds migrating in the spring. There is even a belief among South American villagers that this snake will give you a little wink before it strikes. 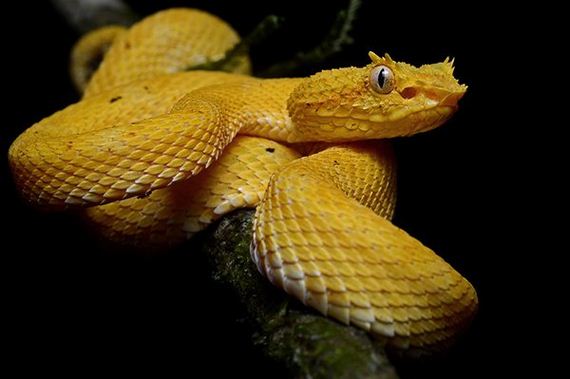 Don’t let their small stature fool you. These vipers are known for their extremely potent venom, easy irritability, and aggressive nature. Like all snakes, they strike in an instant. They also boast the highest kill rate for all snakes in Southwest Asia. On a non-scientific note, they also look incredibly menacing. Those eyes are not welcoming. 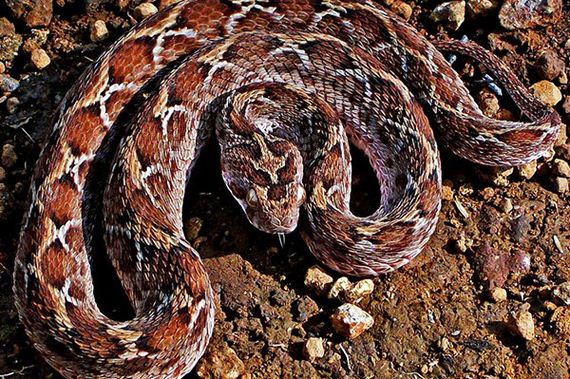 The definition of beautiful but deadly. The Coral snake delivers a bite that leaves you with very minimal swelling and pain. But if you give it 12 hours without any antivenom, things will go downhill really fast. The neurotoxins will leave the victim with blurred vision, paralysis, and eventually cardiac failure. 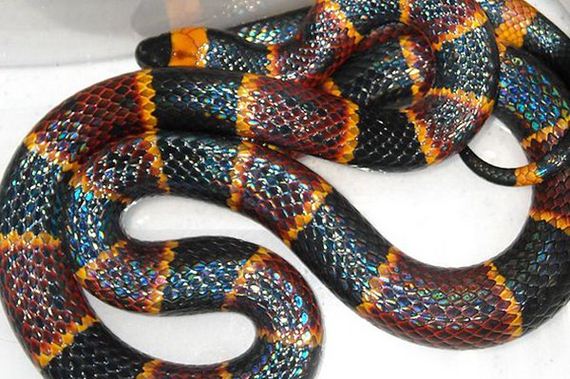 The fact that this thing can literally spit venom at you, and not metaphorically like a rapper, is scary enough. Their hoods just make it even worse. They typically feed on small rodents, frogs, and lizards. Should any venom enter the eyes of a poor victim, they will find themselves in severe pain and badly damaged. 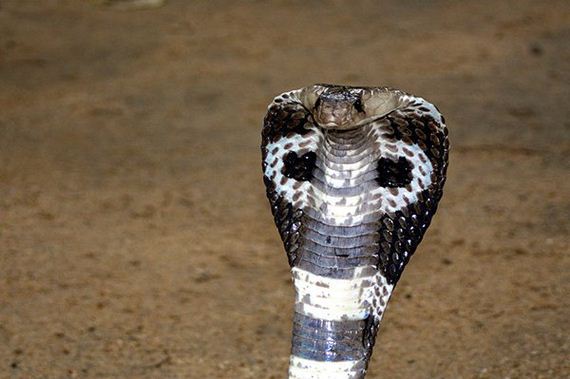 Not only does the Boomslang have an awesome name, it can deliver a highly potent venom via two large fangs situated in the back of the jaw. A bite from the Boomslang can claim a victim through internal bleeding. What is also impressive about these guys is that they can open their jaws a jaw dropping 170 degrees when delivering a bite. 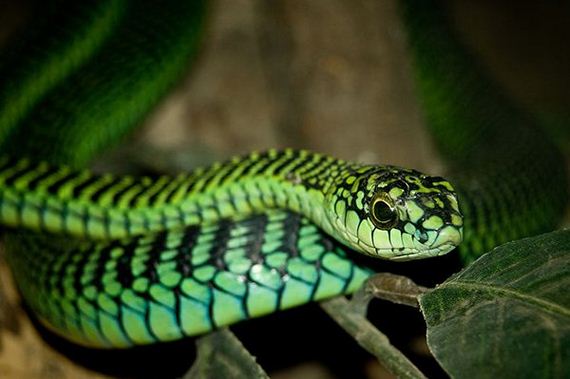 Although widely exaggerated thanks to African legends, the black mamba is still indeed incredibly venomous. Not to mention aggressive and easily agitated. They are named so thanks to their black tongue and mouths, as their scales are actually a shade of grey. 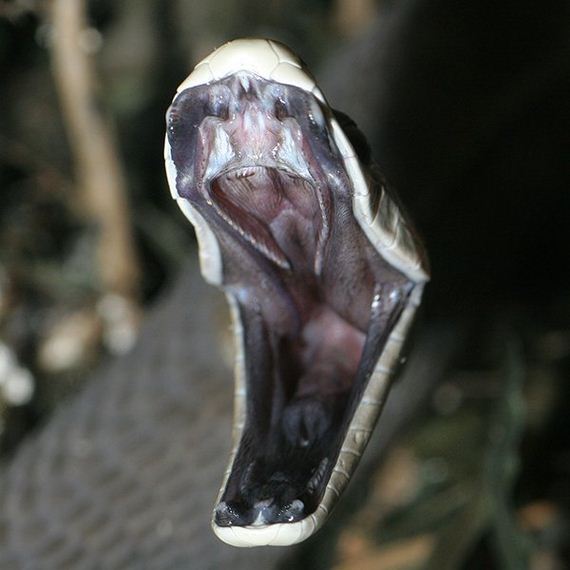 Otherwise known as a ‘Gwardar,’ the Western Brown Snake is native to (you guessed it) Australia. It’s highly venomous and can blend into the environment with ease, It is considered to be the second most venomous land snake in the world. 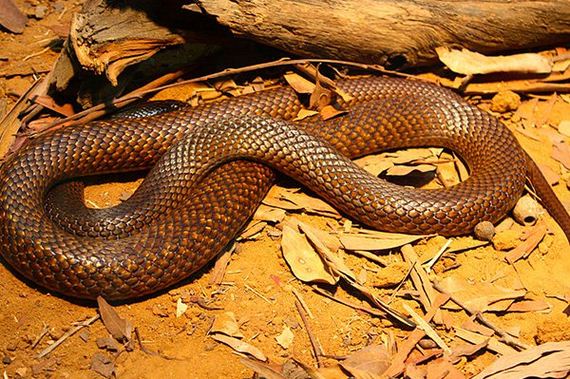 Death you say? Well, see ya later then. These guys are not only one of the deadliest land snakes on earth, they’re smart and patient hunters. What they will often do is lay low in a particular area, covered in leaves, often for days at a time before something will come by for it to eat. It strikes quick and injects a lethal venom before feasting. 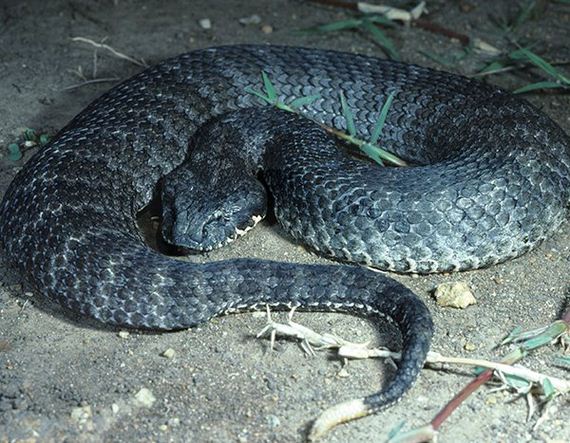 Even if you’re lucky enough to be treated with antivenom after a bite from one of these things, the kill rate is still over 50%. 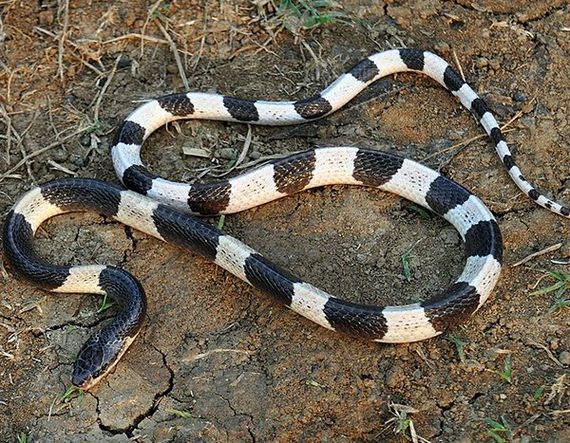 When your name contains both the words ‘tiger’ and ‘snake,’ you know you’re a badass animal. These snakes are not only very venomous, but they have been able to adapt to survive in some of Australia’s harshest environments. 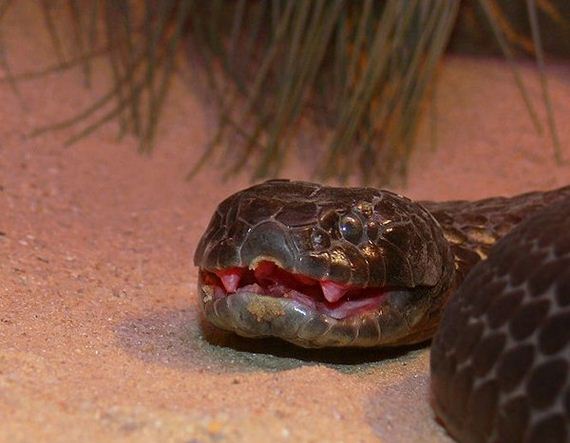 Experts in the field of toxicology tend to agree that the Philippine Cobra has the most toxic venom in the cobra family. Taking only half an hour to kill a full grown adult, the venom of a Philippine Cobra will completely cripple your respiratory systems should you be unfortunate enough to get bit. 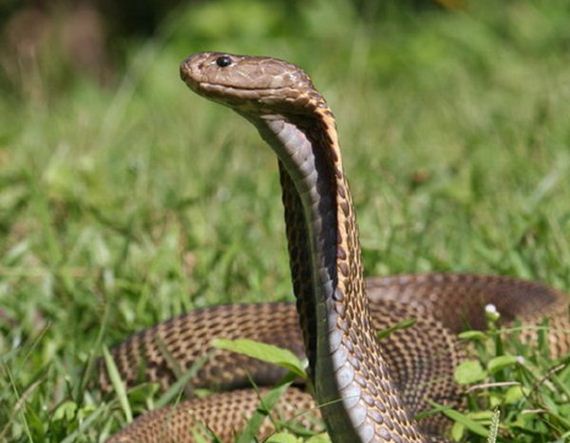 As far as toxicity, the Inland Taipan reigns supreme against any other land snake in the world. Not only does it have the most potent venom, it strikes incredibly accurately and more than just once per attack. 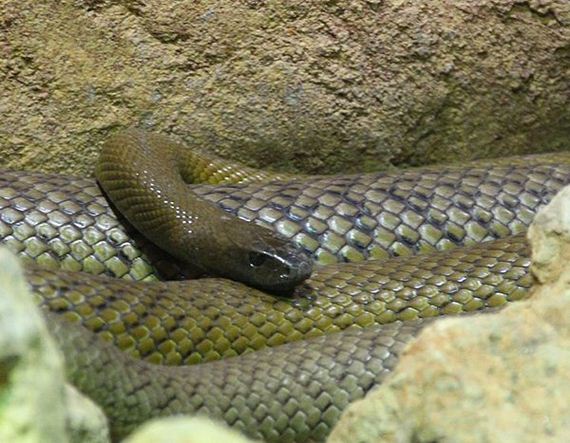 Experts say that the venom of this beautiful bastard is approximately 100x more potent than the next most potent snake venom out there. For example, if you took one drop of a King Cobra’s venom, you could kill about 150 people. A few milligrams of venom from this guy can kill over a thousand. Lucky for us, it’s a relatively timid snake that really wont do anything to you if you just leave it alone. 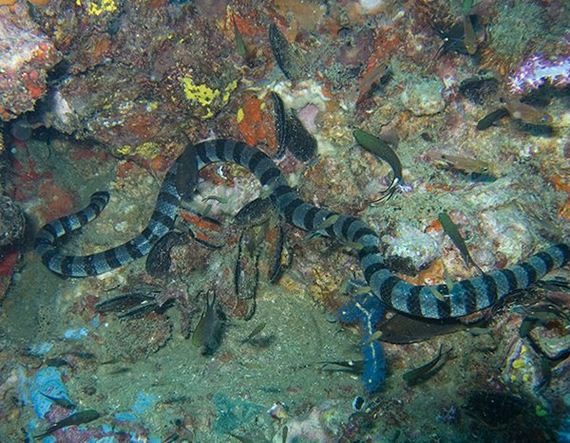 Previous 3-Year-Old Refuses To Celebrate Birthday Party Unless It’s Poop-Themed, Gets The Shittiest Party Ever
Next Sad Stuffed Animals That Will Teach Kids About Ocean Pollution