This origins story begins with boredom…
Ben Brucker works at a creative agency in San Francisco, but his office walls were anything but inspiring. 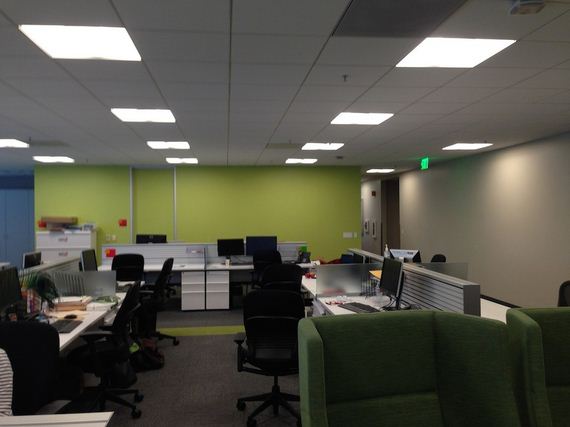 The graphic designer decided to fix this by putting his skills to good use.

Brucker and his boss tossed around ideas and landed on a “superheroes” theme, made out of Post-It notes.

Using Photoshop, he created pixelated versions of some of their favorites. 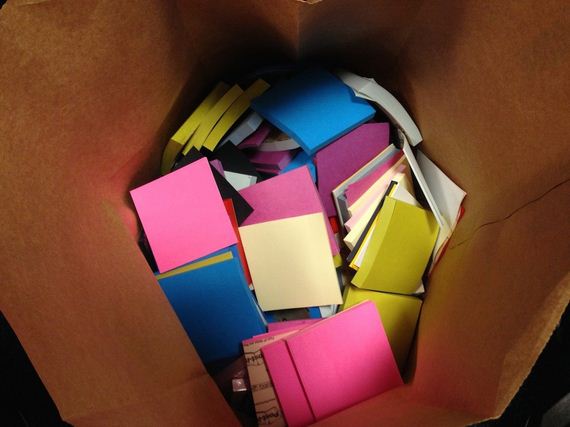 It became an office project. 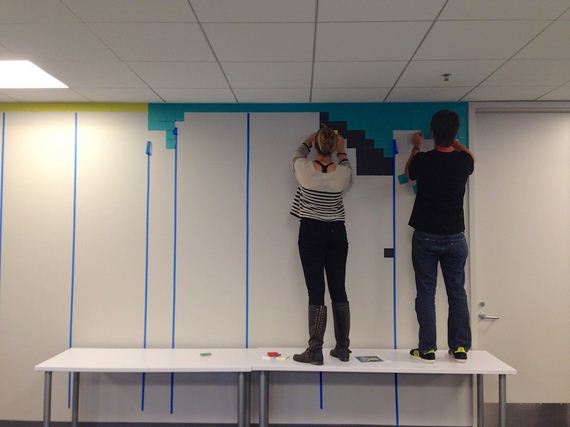 Pretty much all hands were onboard. 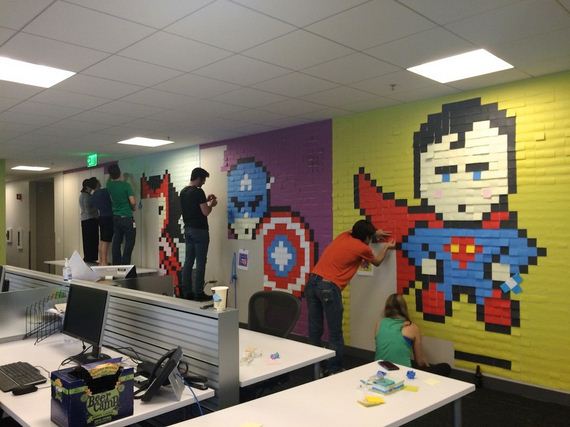 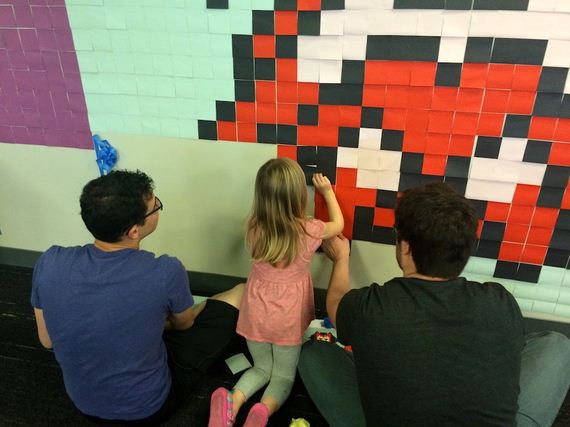 After a couple of weeks of designing, planning, and ordering the materials, Brucker’s nerdy dream became a reality. 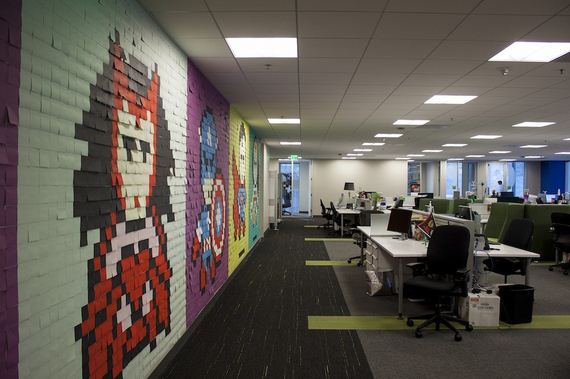 The bland walls were given new life. 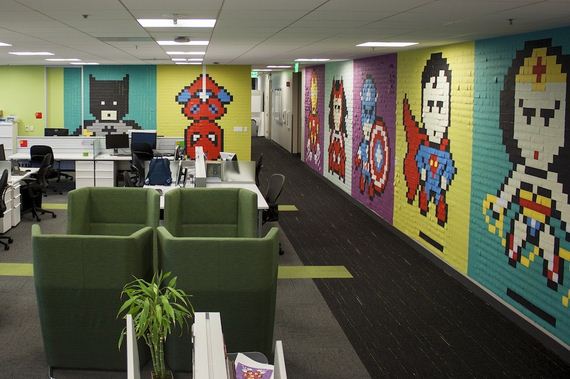 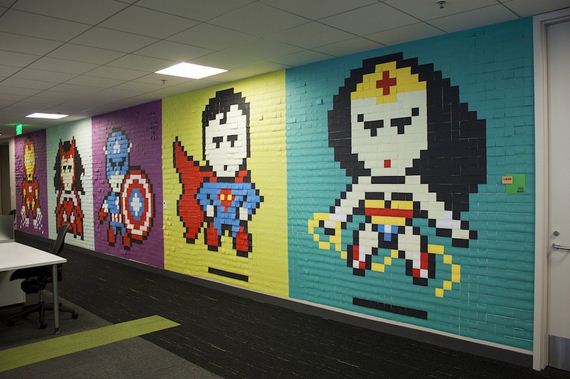 You could say these temporary superheroes saved the office (from boredom). 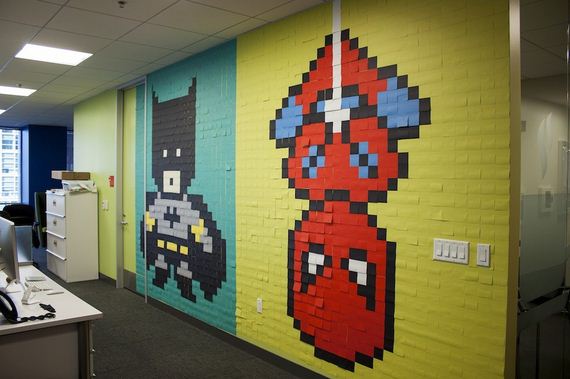 They’ve certainly given the place something better to look at.

“And people from all over the building have been coming to check it out.” 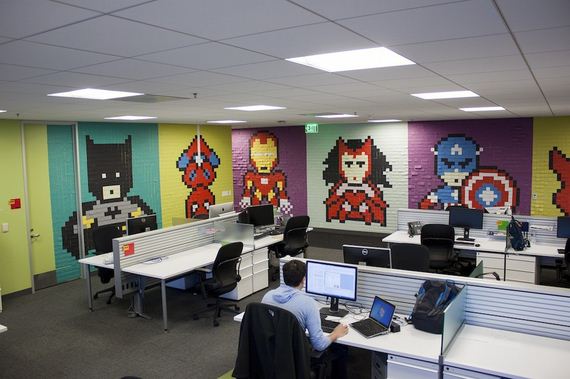 I mean, it’s a pretty impressive feat with nothing but “super sticky” Post-Its.

Brucker and his team spent a an entire day over the weekend (10AM – 5:30PM), sticking the square notes on the wall and even though it’s a temporary fixture, because they’re moving offices in a few months, it was all worth it.