Ex-gang Members React to Seeing Themselves Without Tattoos

These ex-gang members left their lives of violence and crime behind them, but parts of their past are unshakeable. Most prominently, the gang and prison tattoos covering much of their bodies, including their faces. 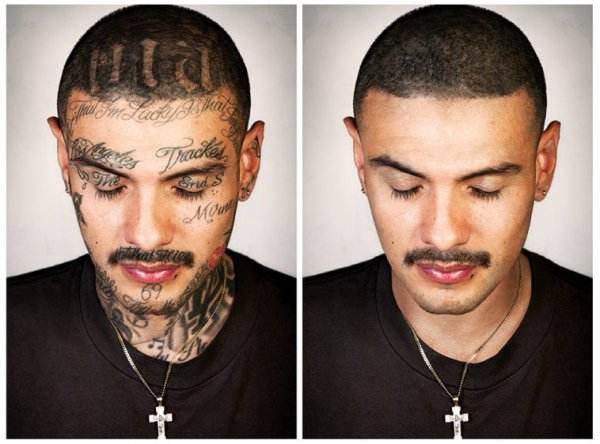 Photographer Steven Burton took photos of the fully-inked men as they are. He then used photoshop to depict how they would look if they never fell into a life of crime. 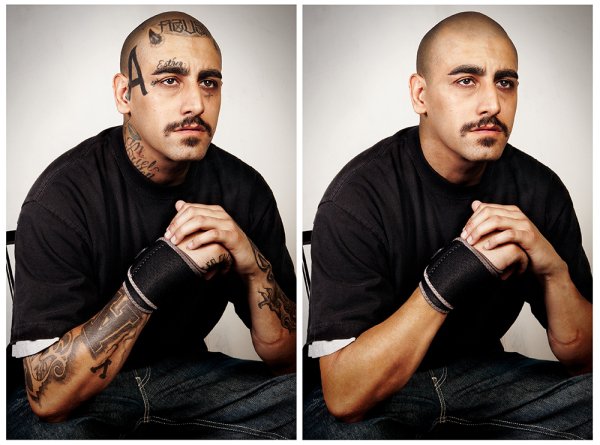 When Burton showed the men the doctored, un-tatted images, they had an extremely emotional response, many of them breaking down into tears. For them, it was about more than physical appearance. The photos revealed the normal life they never led — a path they regret not taking.

Watch Burton’s project, which he calls Skin Deep: Looking Beyond The Tattoos, in the video below. 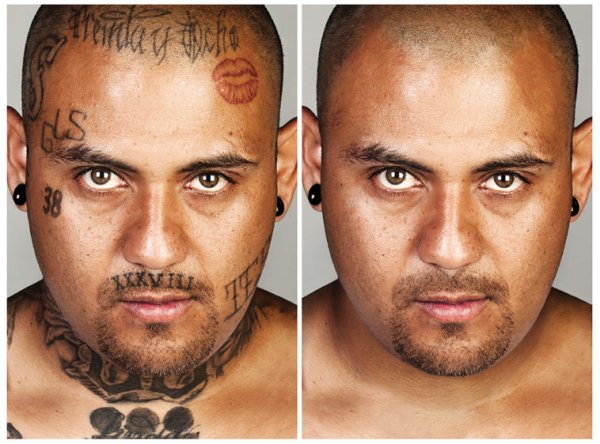 Previous Funny Random Memes
Next The Best Comments Of The Week