It’s funny to think that tigers are just massive cats. They do all the same things that house cats do, just they’re a lot more dangerous. Like this here, they’re hanging out and cleaning each other. Isn’t that adorable? But, this wasn’t always the way Aasha, a Bengal Tiger lived. 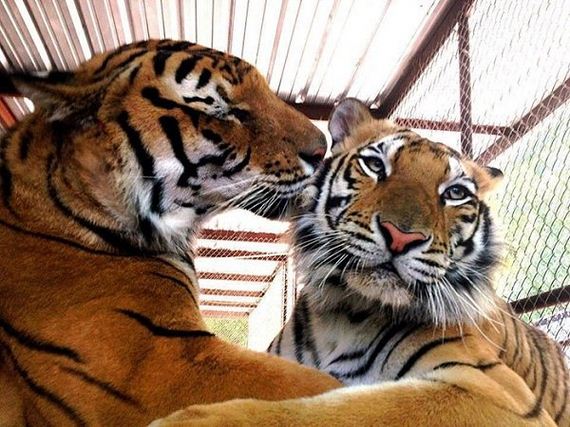 When she was 9 months old, she weighed only 30 pounds. That is about as heavy as a normal 3-month-old tiger should weigh. She was living the unfortunate, cruel life of a travelling circus animal. She was mistreated as well as picked on by a much bigger tiger.

Fortunately, Vicky Keahey of Texas’ In-Sync Exotics Wildlife Rescue and Educational Center, decided to do something about it. She took Aasha in and nursed her back to health. 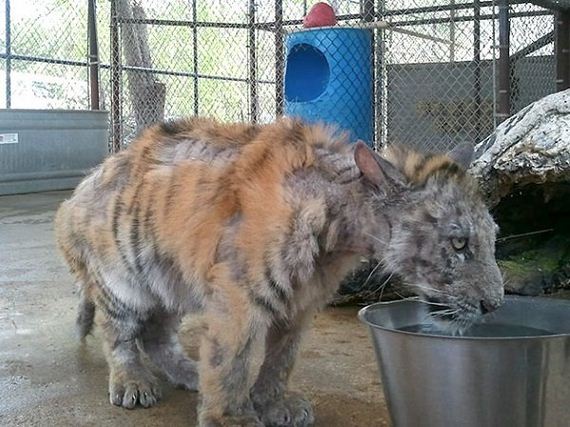 Keahey said that “Aasha’s bald spots covered almost her entire body and her skin was dry (with) cracked, darken areas and bleeding.”

Twice a day, every day, Keahey would give her medications and medicated baths in the hopes of curing Aasha of her ringworm and open wounds. It took several months, but Aasha started to grow into the big beautiful cat she was meant to be. 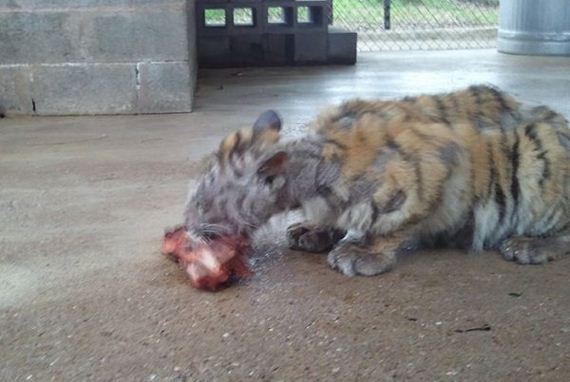 Aasha was finally introduced to a bigger tiger, Smuggler, who apparently “went crazy for her and was always showing off for her.” Break out the tissues, because this story just grabs your feels and rips them apart. 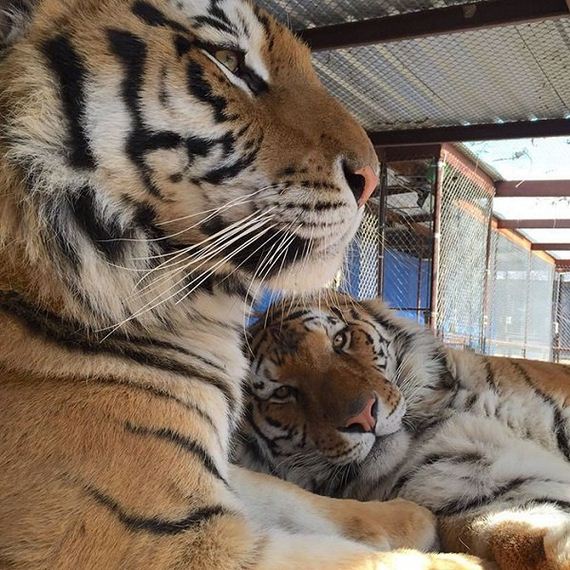 She even became fond of playing in water! 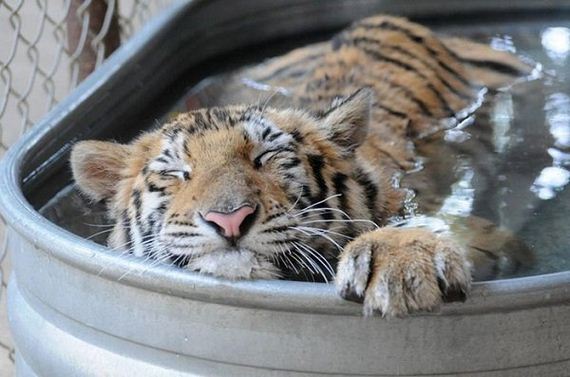 Aasha now lives in the same enclosure as Smuggler, and the two love each other like no other. 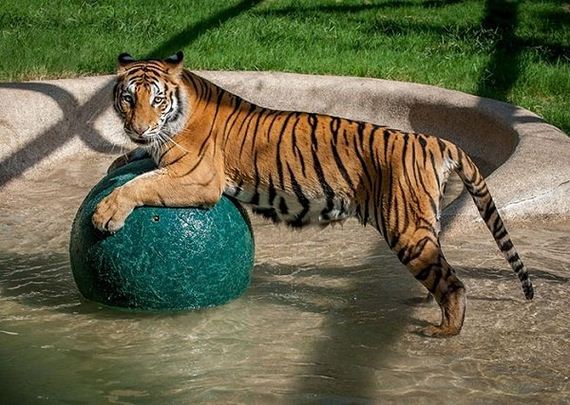 She even likes to play “human” and dramatically look outside of the window! 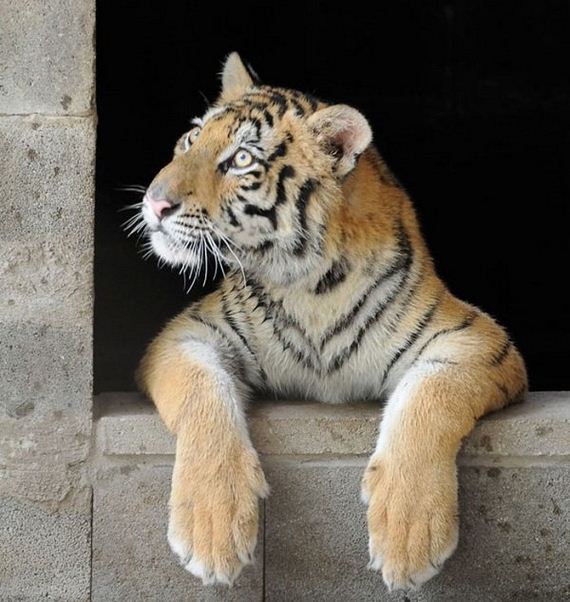 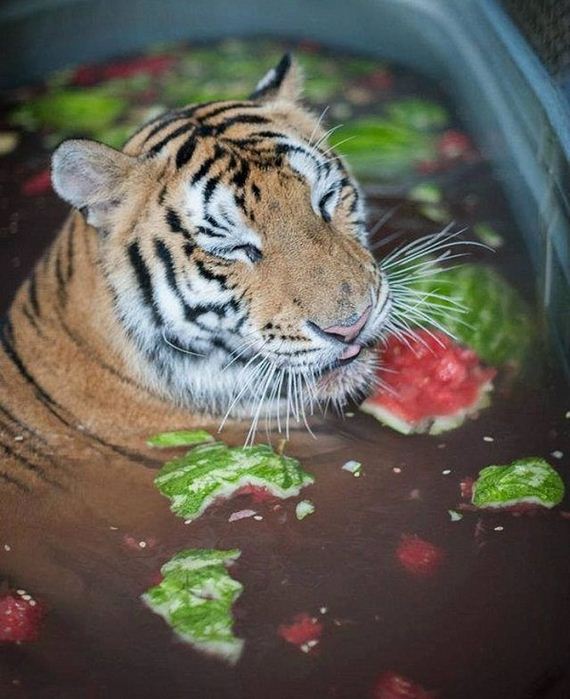