Facts About The Movie Talladega Nights

The producers pitched the film in the simplest way possible: “Six words: Will Ferrell as a NASCAR driver.” 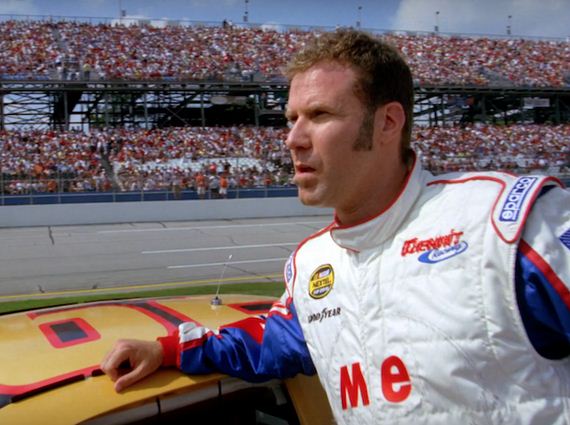 When Cal (John C. Reilly), Ricky Bobby (Will Ferrell), and Girard (Sacha Baron Cohen) were introduced at the real 2005 UAW Ford 500 at Talladega, the crowd started booing Girard (introduced as a French driver in the Perrier car) entirely unprompted. 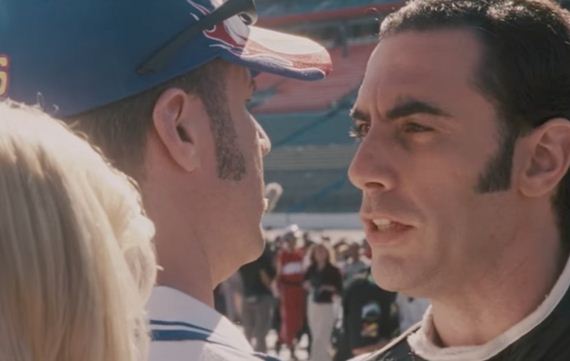 Wonder Bread, Old Spice, and Perrier were not charged for their product placement in the film. Indeed, Ferrell would often make public appearances in his Wonder Bread uniform without any additional charge to the company. 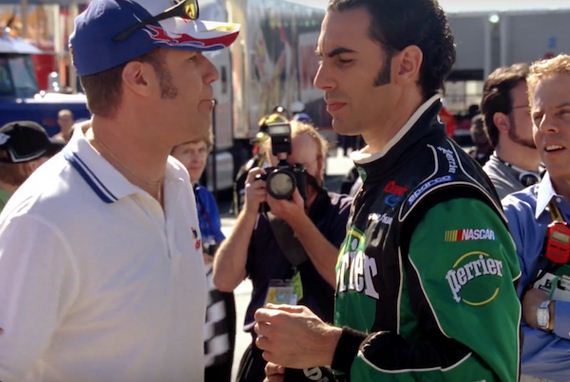 Jane Lynch and Gary Cole appear as Ricky Bobby’s parents despite only being 7 and 11 years older than Will Ferrell, respectively.

The DVD commentary was one seriously weird ride. Set in 2031, to celebrate the film’s 25th anniversary, it becomes apparent that the film changed the world entirely, with John C. Reilly now the leader of a militia on the ‘island state’ of Michigan. 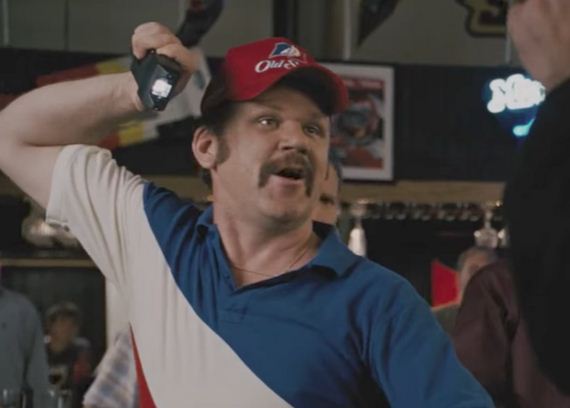 Will Ferrell’s father, Roy Lee FerrelL, wrote and performed a song (“Goodbye Cowboy”) for the film. He also wrote “Brother” for the classic comedy Step Brothers. 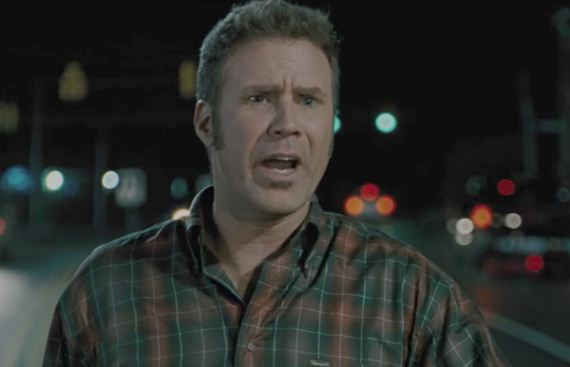 The ‘Knives in the Leg’ scene was only supposed to be a brief, throwaway gag. Only when the production crew absolutely loved it did they expand it, with the late Michael Clarke Duncan suggesting the idea of “adding another knife’. 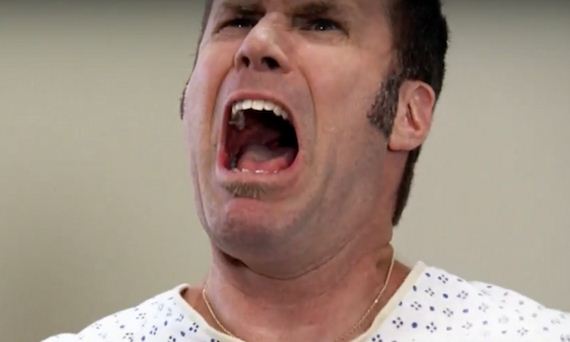 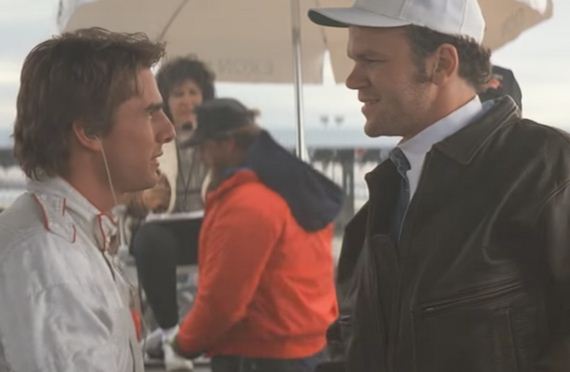 Ferrell, Reilly, and Sacha Baron Cohen all went to driving school to prepare for their roles, an experience Cohen described as ” It was one of the most unpleasant experiences of my life.” 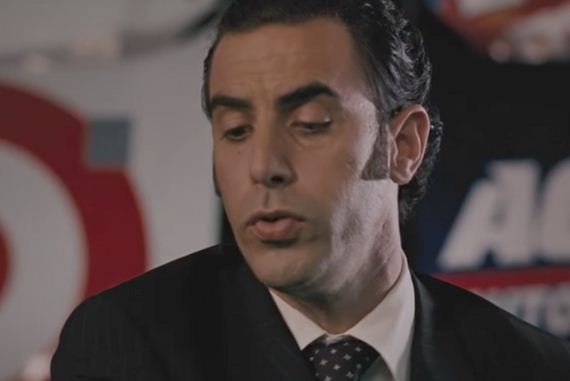 NASCAR was eager to help add to the authenticity of the film, even helping with access to events and licensing. But they also helped in another way. According to the director Adam McKay:

“some guy at NASCAR would pitch us a better joke than we had, and then we were embarrassed that they could ride cars at 150 miles per hour and be funnier than us.” 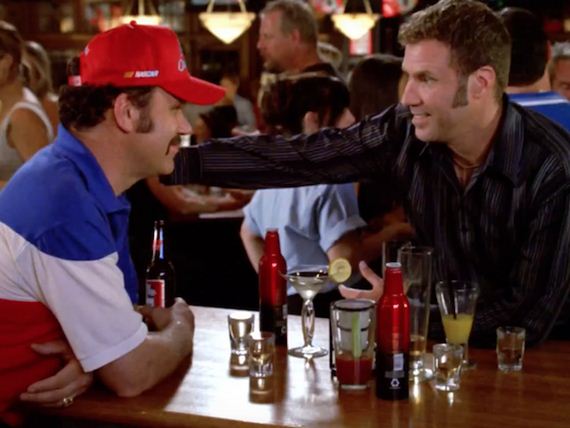 McKay and Ferrell came up with the idea for the film when making 2003’s Elf, and then only after going to see an actual race did they start to understand the ‘NASCAR phenomenon’. 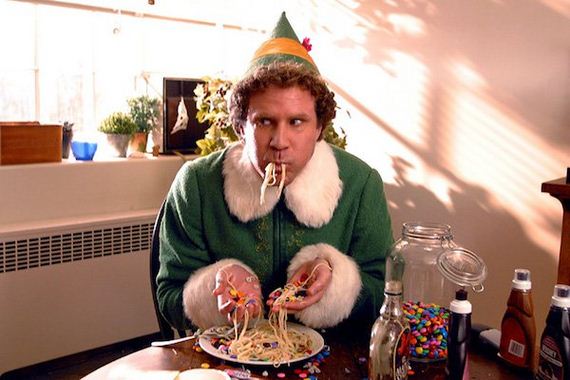 Ricky Bobby’s driving license says he was born on July 16th, which is also Will Ferrell’s birthday.

The film inspired the hip-hop song “Do the Ricky Bobby” by B-Hamp. The corresponding dance moves became something of a cultural sensation. 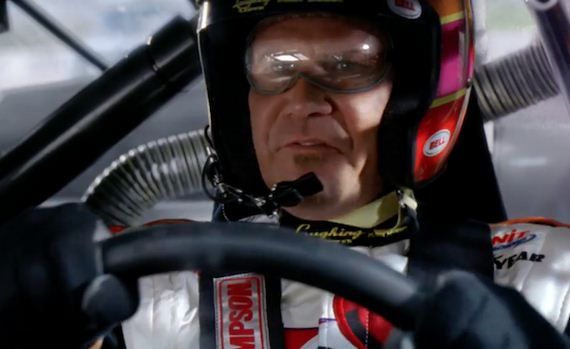 Ricky Bobby’s reference to Tom Cruise during his meltdown is a knowing aside to both Cruise’s role in Days of Thunder and his links with Scientology. 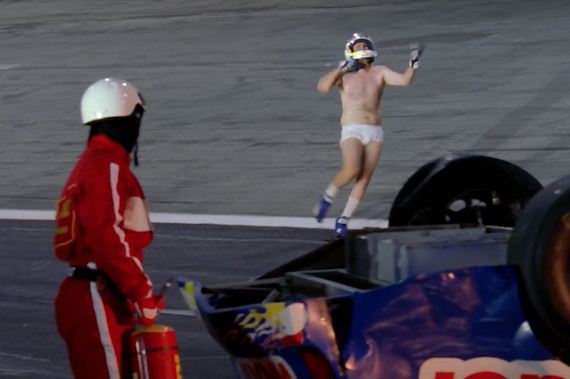 The scene where Ricky Bobby and Jean Girard race on foot to finish the race was filmed during the driver’s intros at the 2005 Food World 300 ARCA RE/MAX Series race. The camera’s had to strategically avoid shooting the cars on the starting grid. 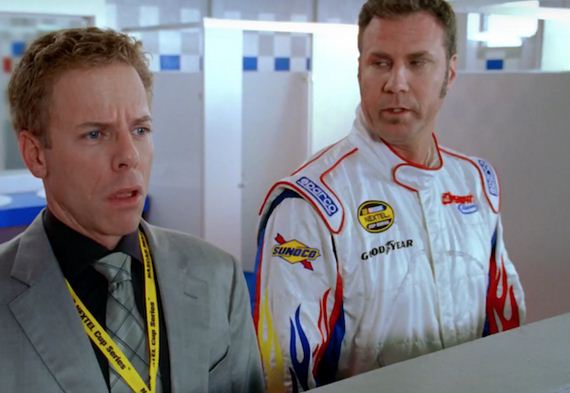 NASCAR initially rejected the title Talladega Nights, so the working title for the film became High, Wide, and Handsome, the name of the production company. Only after much negotiation did NASCAR relent and the original title was used. 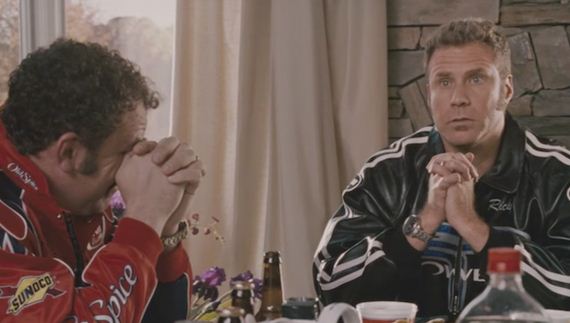