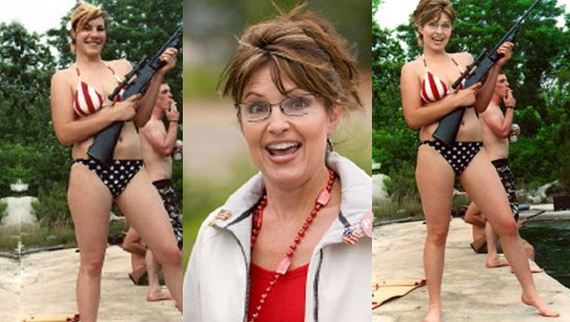 The truth about famous hoaxes.

The Ultimate Houseboat. The image originates from the site of a Bolig Partnera Norwegian home construction firm, which is urging people to “Realize your dream home in the New Year! 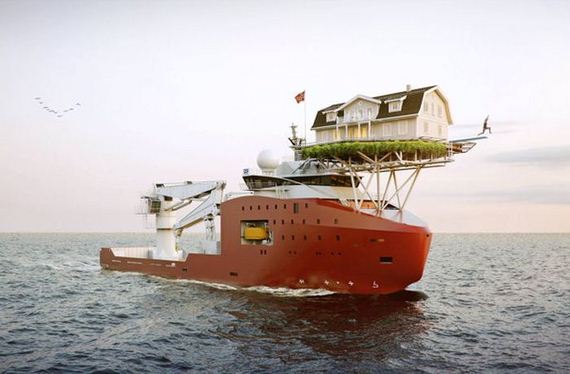 The ship itself is a VARD Offshore Subsea Construction Vessel. The house which was digitally placed on the ship’s helipad comes from an image on the site of
Ultimalt a Norwegian paint company. 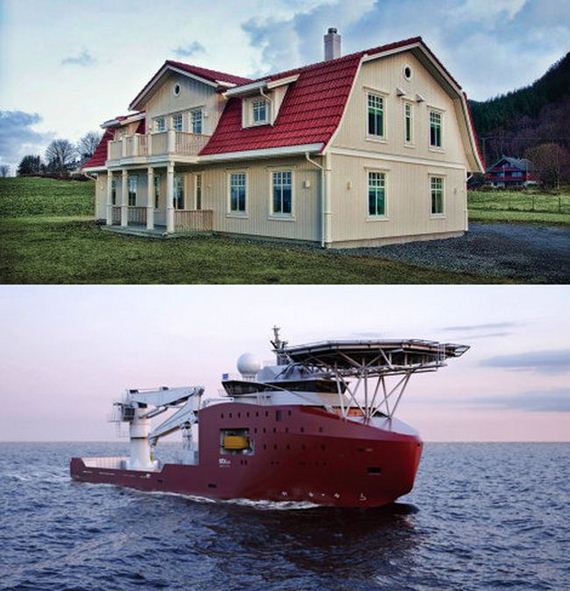 Orphaned Syrian Boy Sleeping Between His Parents’ Graves. As this image went viral people assumed it showed a child whose family had been killed during the conflict in Syria. 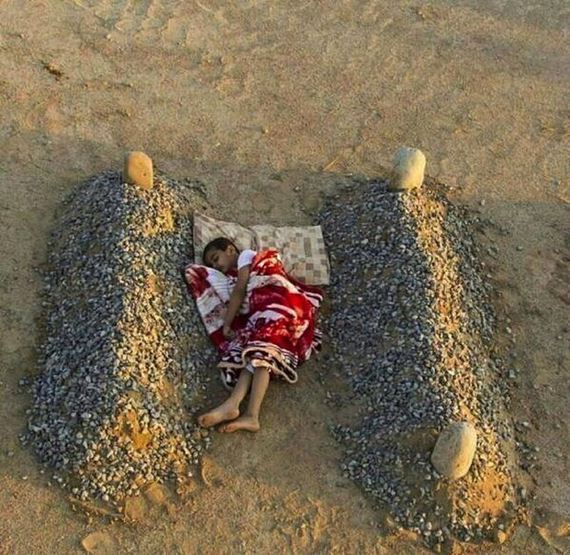 It was actualy a staged shot taken by photographer Abdel Aziz Al-Atibi of his nephew in Saudi Arabia as part of a conceptual art project. When he learned of how the photo was being misunderstood, he uploaded more photos showing other shots of his nephew during the photoshoot, to demonstrate that the scene was a staged art project. 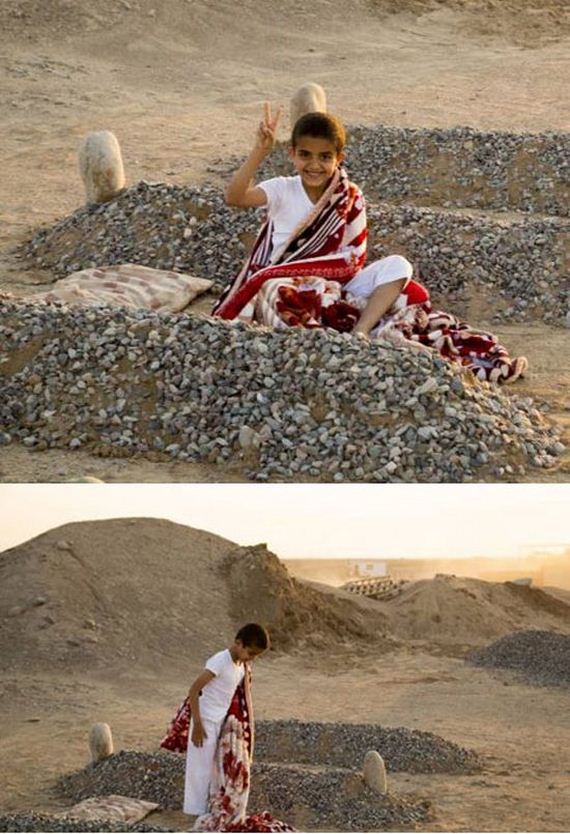 Theodore Roosevelt Rides a Moose. He was president of the United States from 1901-1909. In that time he was acclaimed for his cowboy persona and robust masculinity. So masculine he even rode a moose! 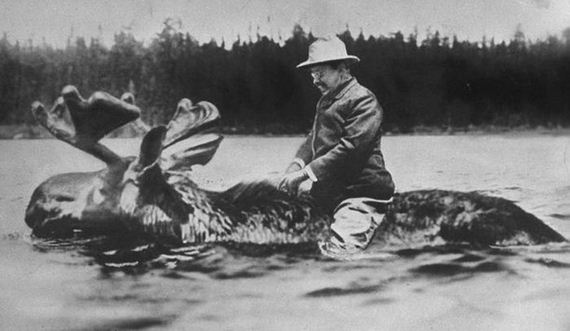 In 1912, Roosevelt split from the Republican Party, then ran for president as head of the newly formed Progressive Party, sometimes referred to as the Bull Moose Party. Before the election the New York Tribune ran a set of humorous pictures showing the three main candidates astride the animals associated with their parties. All three images were fake. They had been created by the photographic firm Underwood and Underwood.”

What Happens When Lightning Strikes Sand. When lightning strikes sand, it can form fulgurites, which are also known as lightning tubes or petrified
lightning. 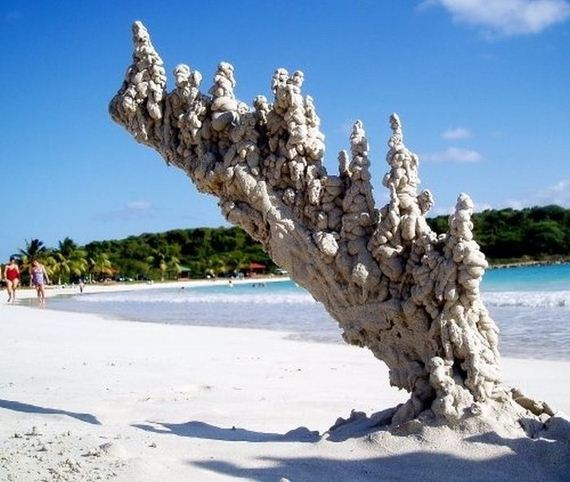 What the image really shows is a piece of driftwood with sand piled on top of it. The structure was created by “Sandcastle Matt and posted on his Flickr photostream. He described it as the biggest sandcastle I’ve ever 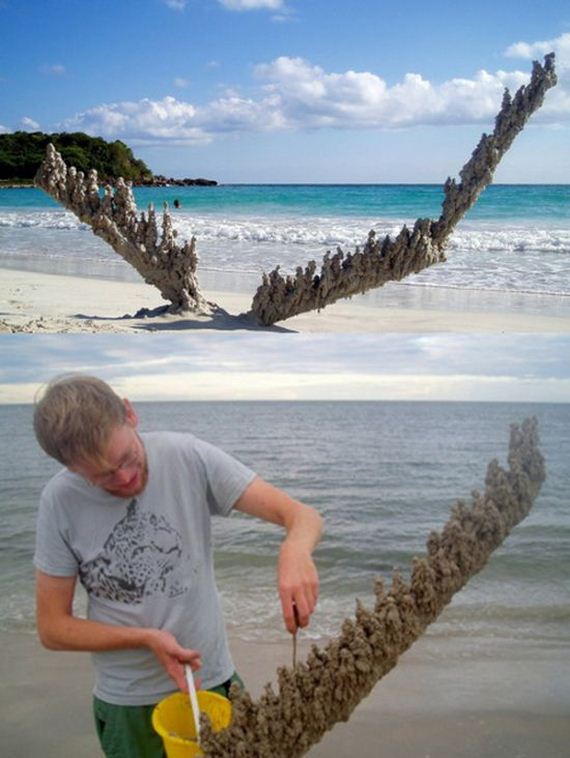 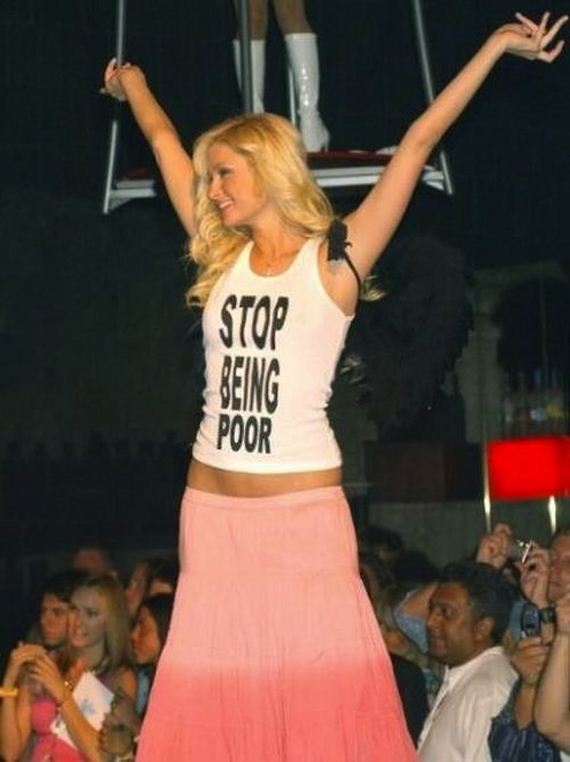 In the original photo taken at The Palms Hotel in Las Vegas on April 15, 2005, the message on her shirt reads: Stop Being Desperate. 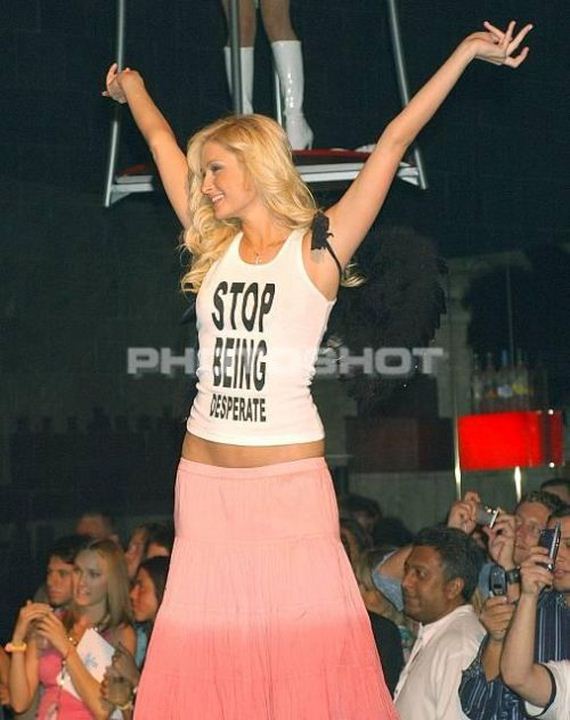 Snow-Covered Sphinx. Photos of the Sohinx covered in snow went viral, on the heels of reports of the first snowfall in Cairo for 112 years. 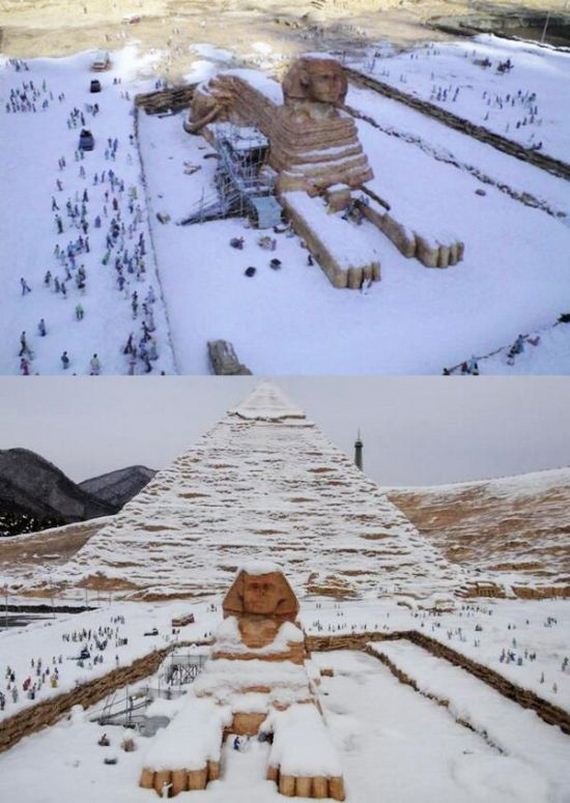 The snow-covered images don’t show THE Sphinx in Egypt covered in snow. Instead, what they show is a miniature model of the Sphinx located in the Tobu World Square theme park in Japan. The theme park has miniature models of many other famous attractions from around the world.” 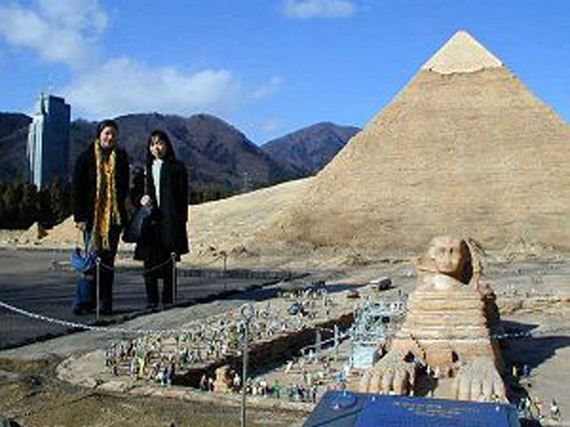 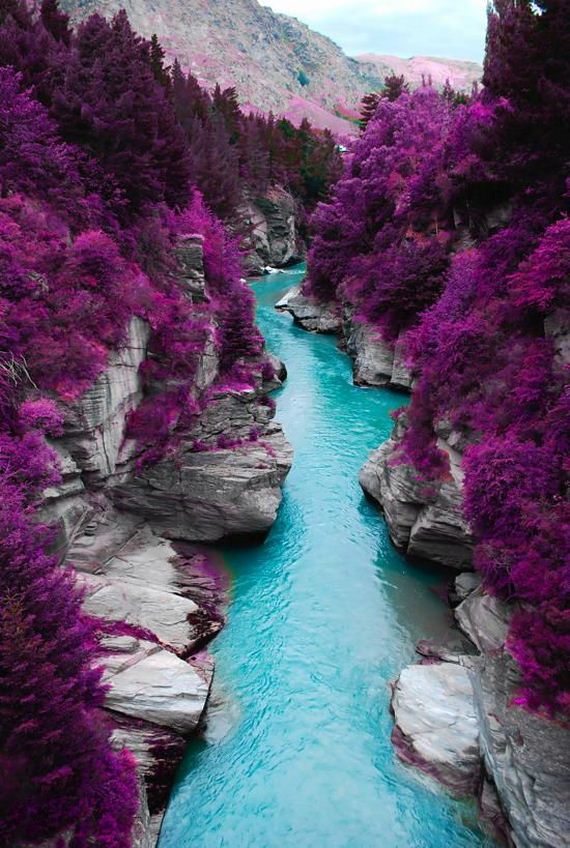 In reality, the picture shows the scenic Shotover River in New Zealand, where the vegetation is a normal shade of green. The vivid purple color is completely artificial, achieved by means of a color filter. 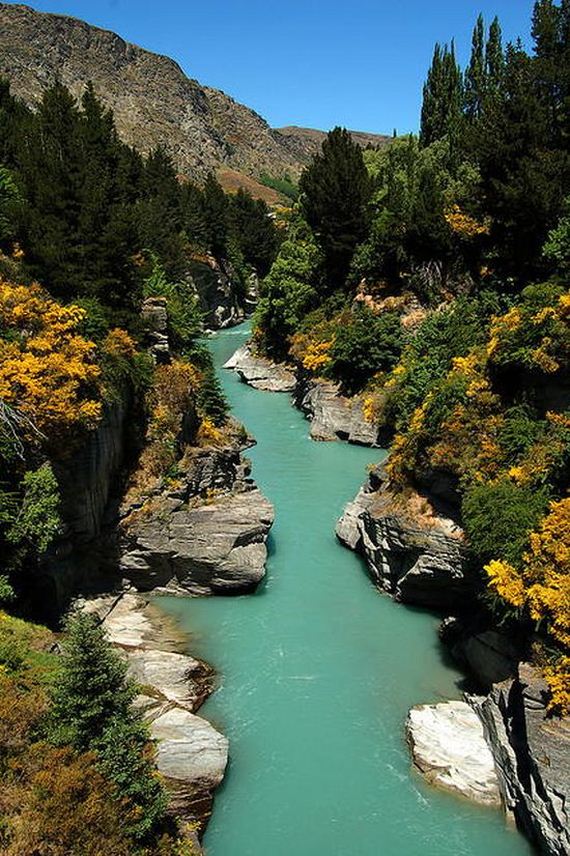 Angry Koala. A viscious Koala is upset in the rain. 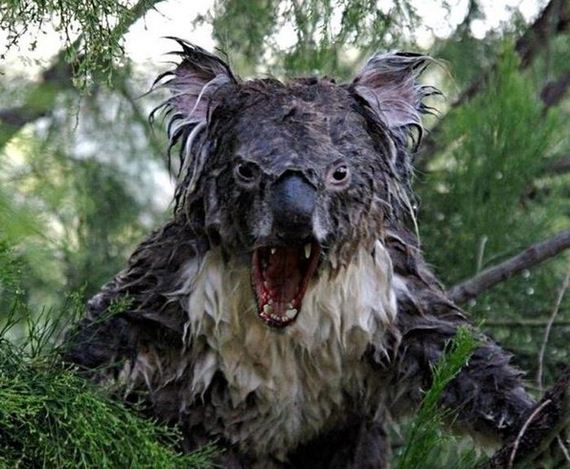 The reality is Koalas don’t have wolf-like jaws.The original photo was taken in January 2009 by Flickr user who explained that the koala was wet because he had sprayed it with water. 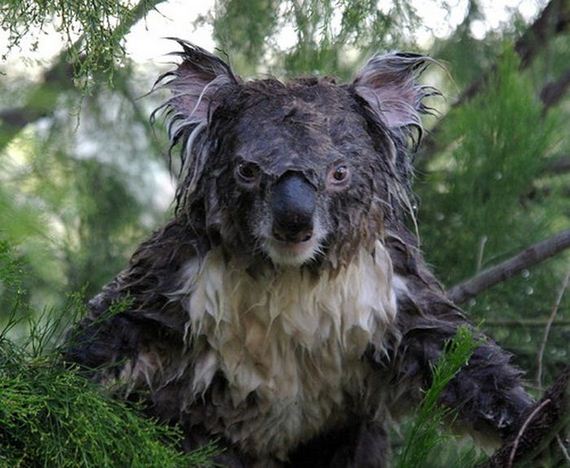 Barack Obama has admitted to being a smoker, though before he launched his presidential campaign he resolved to quit the habit. There are hardly any photos of him smoking, largely because his campaign makes great efforts to stop such photos getting out. 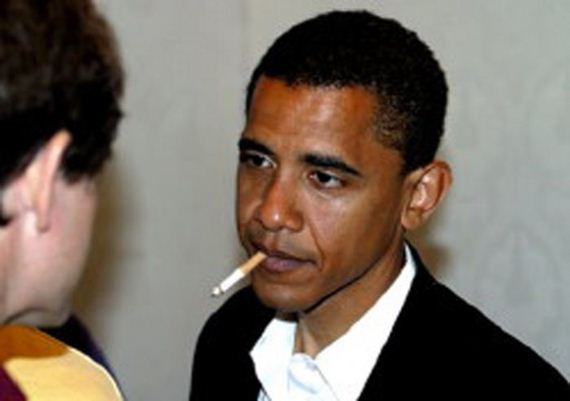 The original photo was taken by Kwame Ross on Aug. 3, 2004 at the University of Illinois while campaigning to become a U.S. Senator. An unknown hoaxer digitally added the cigarette into the photo. 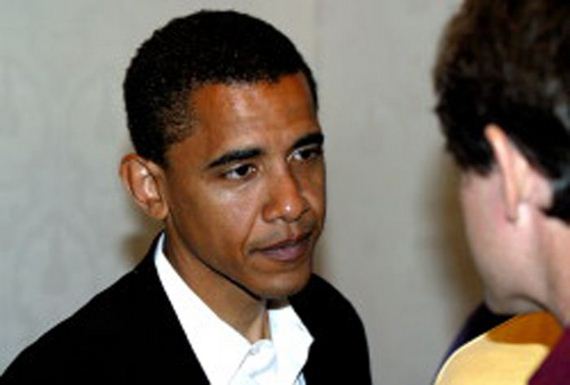 Sarah Palin With Gun In Bikini. The image showing former Alaska Governor Sarah Palin posing in an American flag bikini while holding a gun started to circulate online soon after she was chosen as John McCain’s Vice-Presidential candidate. 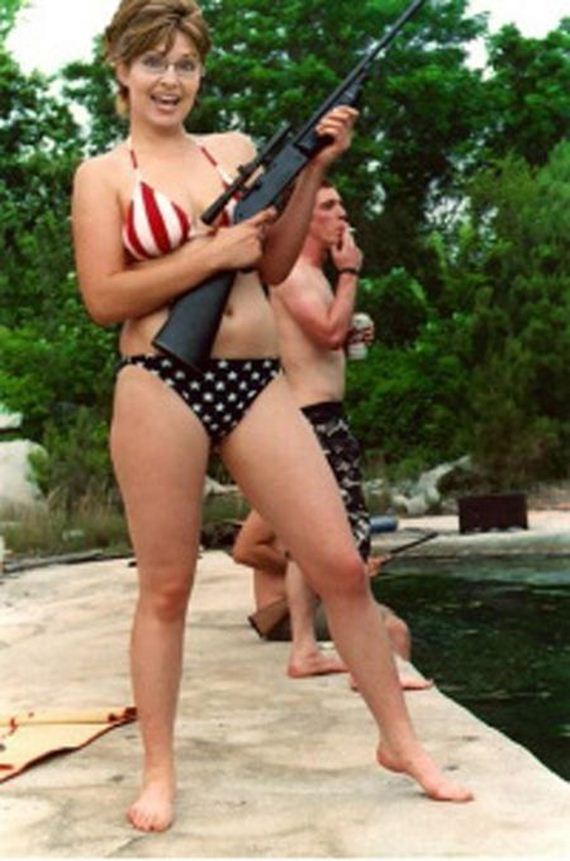 The image was created by an unknown hoaxer who removed Palin’s head from a photo showing Palin marching in the Chugiak July 4 Parade. The hoaxer then pasted Palin’s head onto the body of a bikini-wearing model. 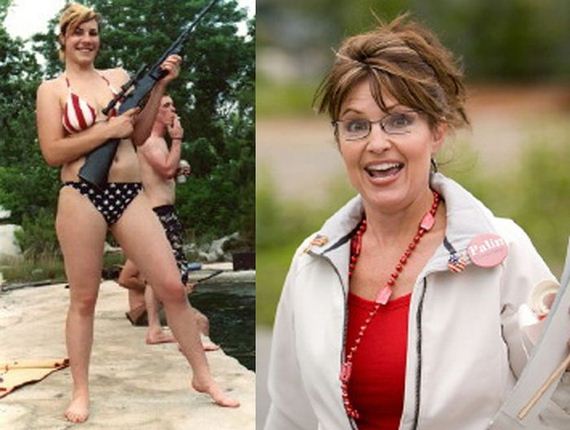 9-11 Tourist Guy. Soon after September 11, 2001, a sensational photo began circulating via email. It showed a tourist posing for a snapshot on top of the World Trade Center as a hijacked plane approached from behind. Apparently the photo had been taken just seconds before disaster struck. 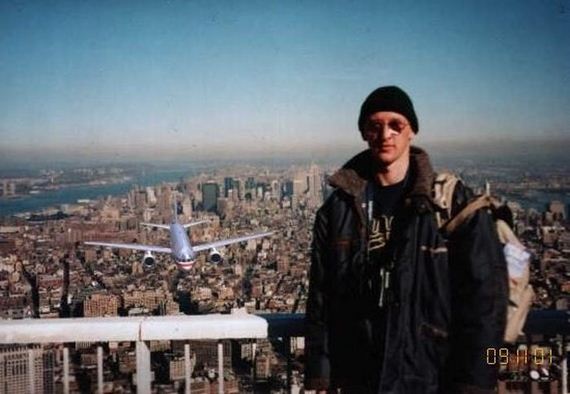 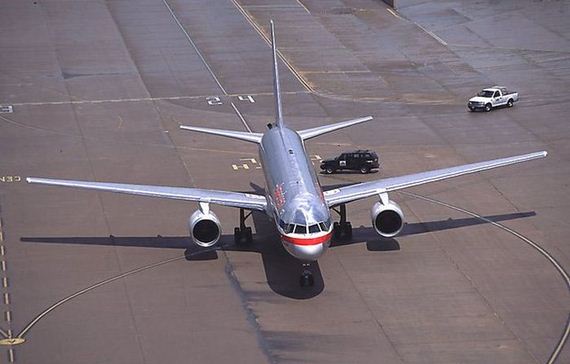 Gearge W. Bush Reads Book Upside-Down. Bush and a young child are both reading from America: A Patriotic Primer by Lynne Cheney. But if you look closely, it appears that President Bush is holding his book upside down. 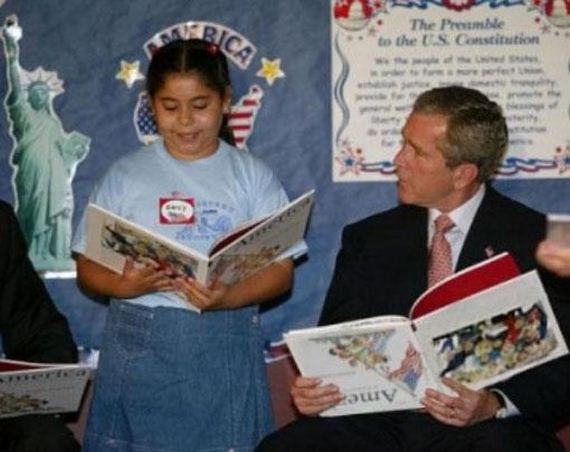 The original version of the photo was taken in the Summer of 2002 while Bush was visiting George Sanchez Charter School in Houston. It was distributed by the Associated Press. 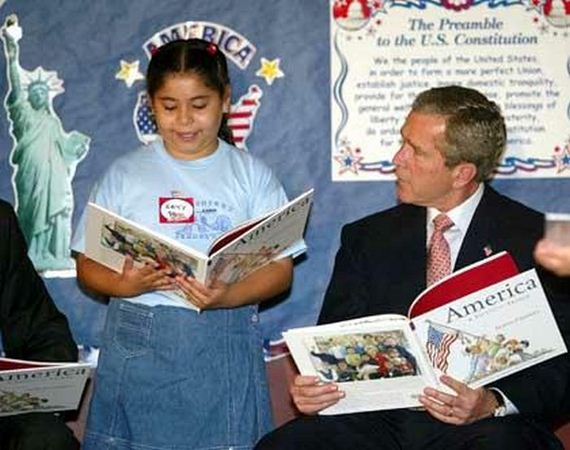