Farmer Dad And His Son Build Transformers From Scrap Metal

A father-and-son team in southeastern China have started creating enormous recycled Transformer robot sculptures from scrap car parts that they’ve been selling for more than 1 million yuan (more than $160,000) a year.

The Transformers franchise is hugely successful in China, so Yu Zhilin, who is a farmer but has a background in fine arts, decided to start creating robot statues from spare car parts during his spare time. Three years later, he finished his first recycled sculpture with his son Lu Yingyun, and the statues only got bigger from there. Now his enormous Optimus Prime and Bumblebee sculptures, assembled in his makeshift workshop, have gone viral! 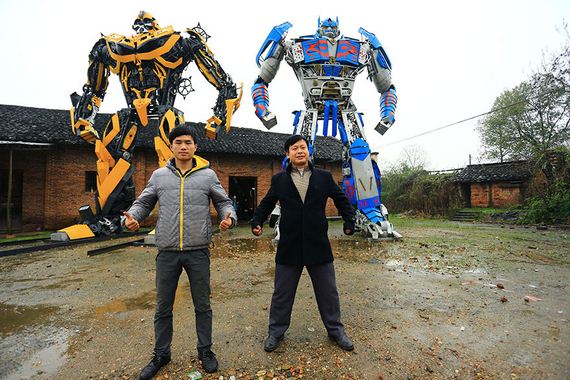 Transformers like these are often bought up and proudly displayed in malls throughout China, and this team isn’t the only one creating such replicas. 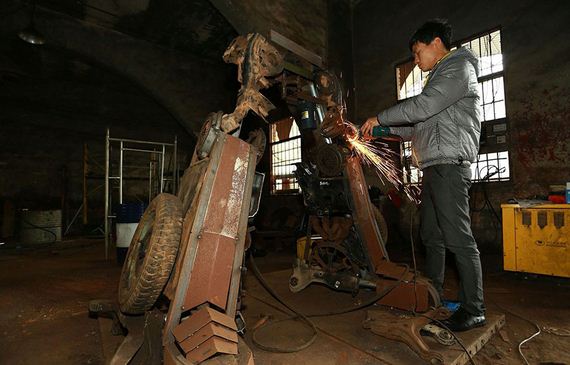 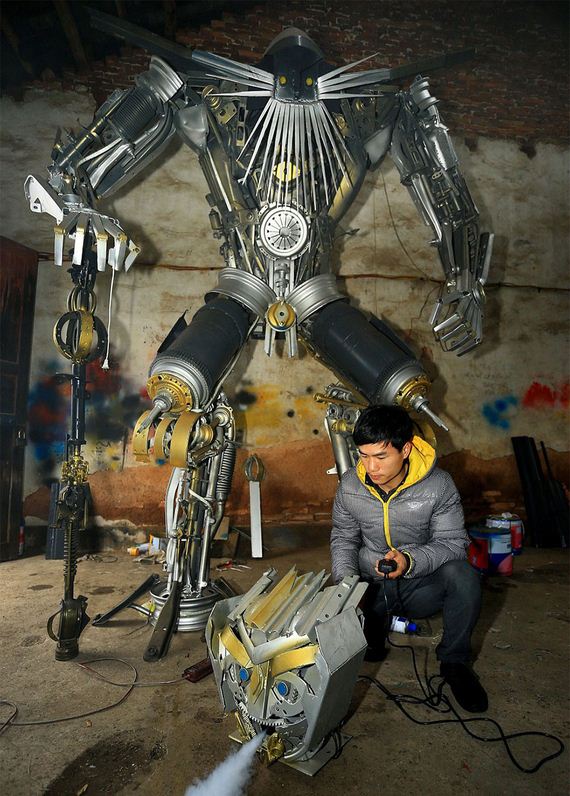 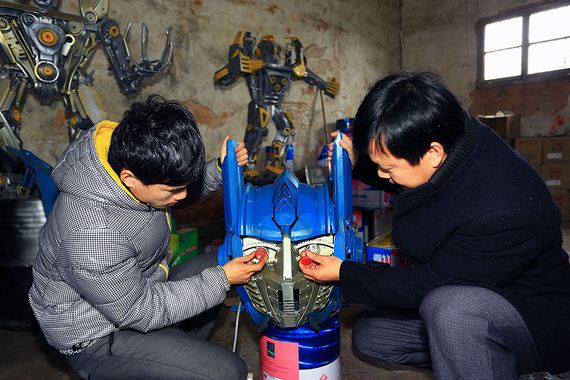 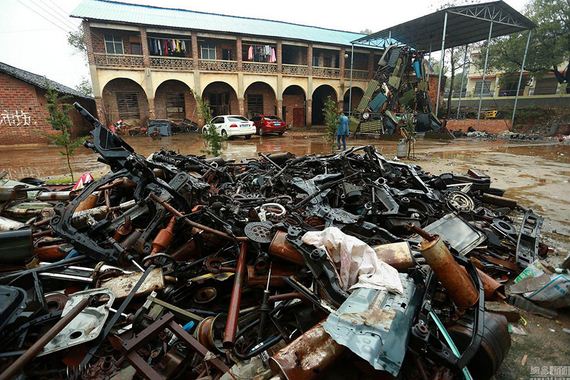 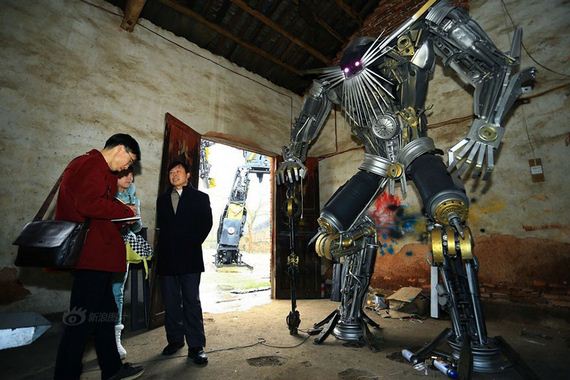 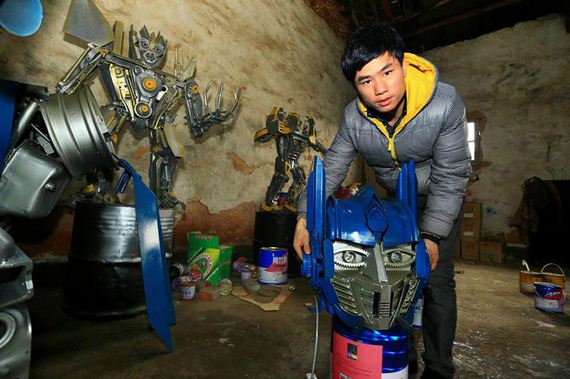 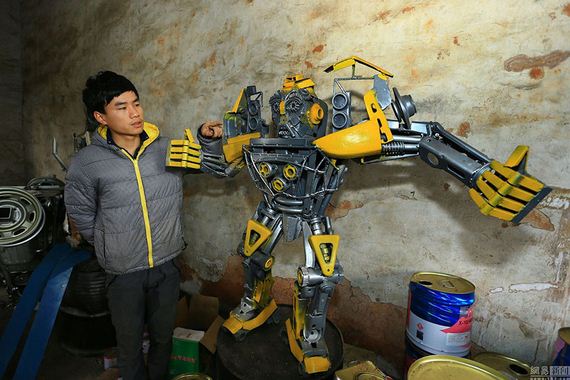 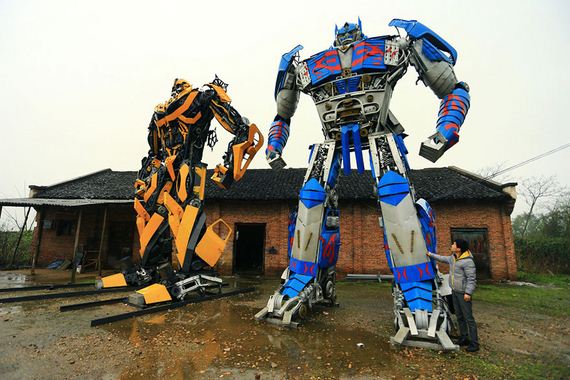