Dogs are the best pets ever. There’s no denying it. 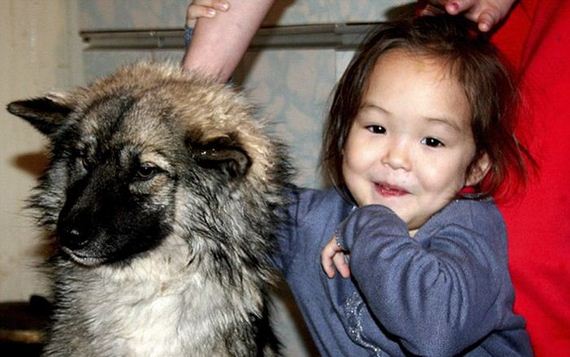 Dogs have only recently been able to watch TV, with the advent of HDTV with their higher framerates. Before that, with CRT’s, it was like watching a strobe light 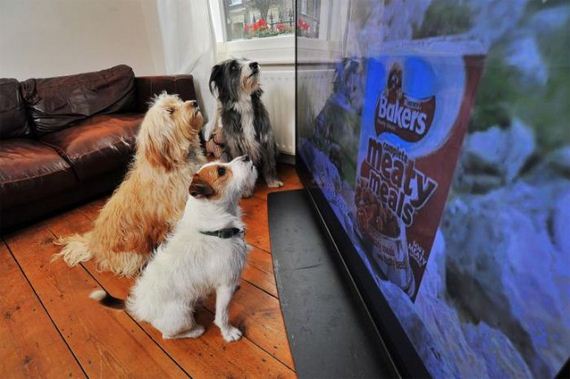 in 2008 a dog tried to save his owners lives after 5 armed pirates hijacked their yacht off the coast of Venezuela. After the men climbed aboard the dog furiously attacked them, biting and snapping until he was stabbed then shot. The dog survived and the pirates left almost empty handed 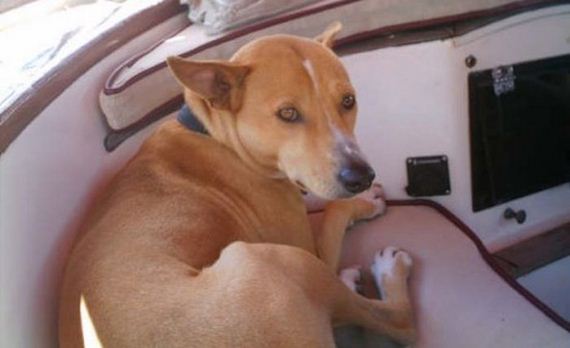 A dog in Milan regularly catches the No. 54 bus by himself, to visit his favourite spot in the city. He will only get on if it’s the driver that he likes, and once he has reached his destination (a park) he leaps off and wanders around for a few hours before catching the same bus home again 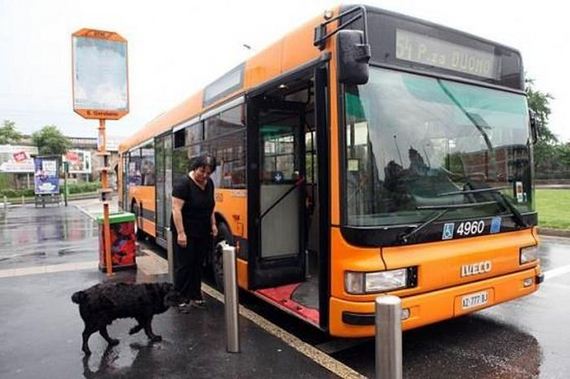 German shepherd, Capitán, ran away from home after his owner and best friend, Manuel Guzman, died in 2006. A week later Guzman’s family, who live in Cordoba, Argentina, found the heartbroken dog grieving at the gravesite, reported Dog Heirs.
“We had never taken him to the cemetery so it is a mystery how he managed to find the place,” Veronica Guzman, Manuel’s widow, told the Sun.
Every Sunday, for the past six years, the Guzman family has gone to the cemetery to visit both Manuel and Capitán. Although the dog often leaves the cemetery to spend a short period of time with his family, he always returns to the gravesite before dark. 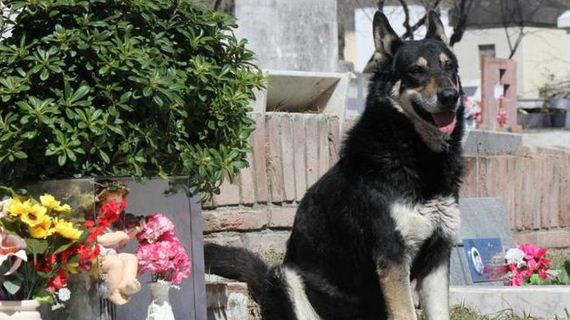 During 8 years living in a UK animal shelter, a dog named Jasmine was a ‘surrogate mother’ to over 50 rescued animals; including puppies, foxes, 4 badger cubs, 15 chicks, 8 guinea pigs, 15 rabbits, a deer and a goose. She nursed each with affection, taking care of them as soon as they arrived 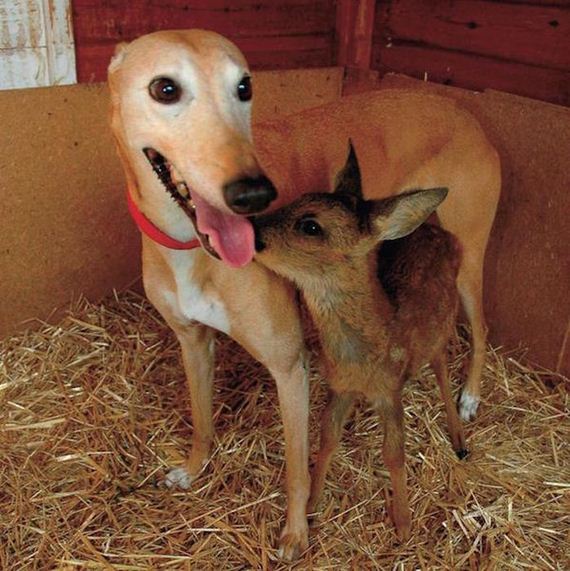 Actor Mickey Rourke attributed his comeback to his dogs and credit them during his Golden Globe acceptance speech in 09: “sometimes when a man’s alone, that’s all you got is your dog, and they’ve meant the world to me.” 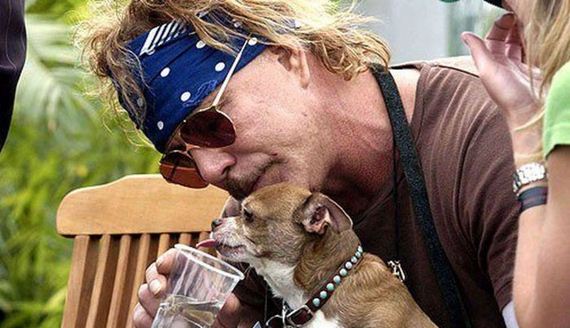 Moscow street dogs display specialized behaviors that differentiate them from domesticated dogs & wolves: pack leaders tend to be the most intelligent rather than the strongest, and packs tend to deploy its cuter members first, as they are more successful in begging for food from people 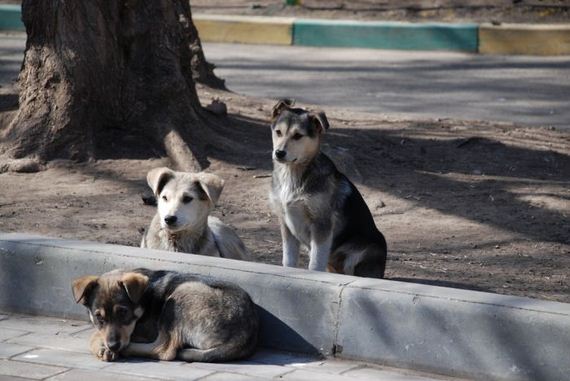 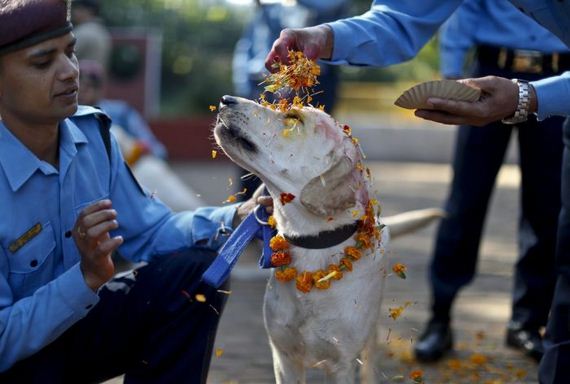 An Akita dog named Hachiko was so loyal to his owner that he waited for his owner for 9 years until he died. His owner would take the train to work and back, and Hachiko greeted him every time he came back. Even after his owner died of a hemmorhage at work, Hachiko thought he’d come back 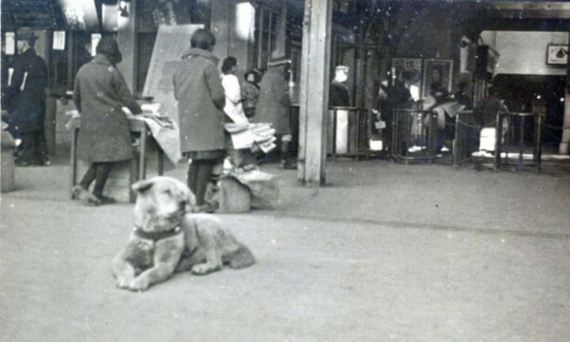 Hachiko, Forever Reunited With His Human 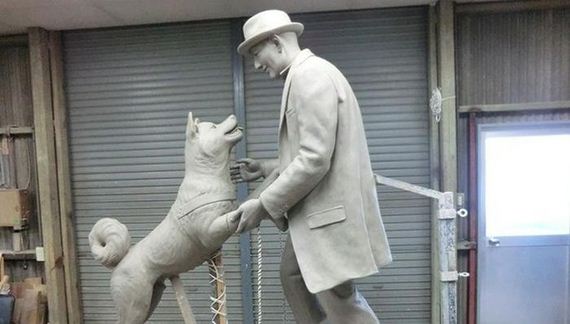