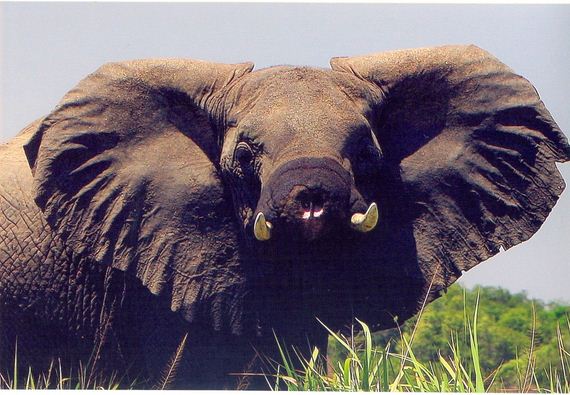 Baby rhino mourning the loss of its poached mother 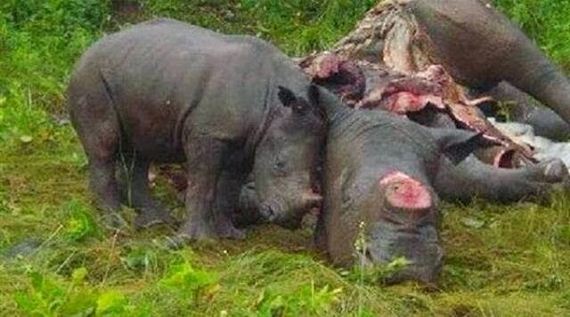 Many countries believe that the rhino horn is an important ingredient for many medicines. This is false. Rhino horn has the same medicinal effect as chewing on your fingernails aka none. Vietnam, China, Thailand, and Korea are just a few of the countries with markets for horn and tusk. According to traditional Chinese texts, such as Li Shih-chen’s 1597 medical text “Pen Ts’ ao Kang Mu”, rhino horn has been used in Chinese medicine for more than 2000 and is used to treat fever, rheumatism, gout, and other disorders. It also states that the horn could also cure snakebites, hallucinations, typhoid, headaches, carbuncles, vomiting, food poisoning, and “devil possession.” (However, it is not, as commonly believed, prescribed as an aphrodisiac).

Rhino horn, is shaved or ground into a powder and dissolved in boiling water and consumed by the patient.

Rhino horn doesn’t have any medicinal benefit whatsoever, but it is a testimony to the power of tradition that millions of people believe that it does. Of course, if people want to believe in prayer, acupuncture or voodoo as a cure for what ails them, there is no reason why they shouldn’t, but if animals are being killed to provide nostrums that have been shown to be useless, then there is a very good reason to curtail the use of rhino horn. There are five species of rhinoceros, and all are in danger of being hunted to extinction for their horns. Rhinos as we know them have been around for millions of years and it is heart-breaking to realise that the world’s rhinos are being eliminated from the face of the earth in the name of medications that don’t work.

Poachers dehorned her with a chainsaw 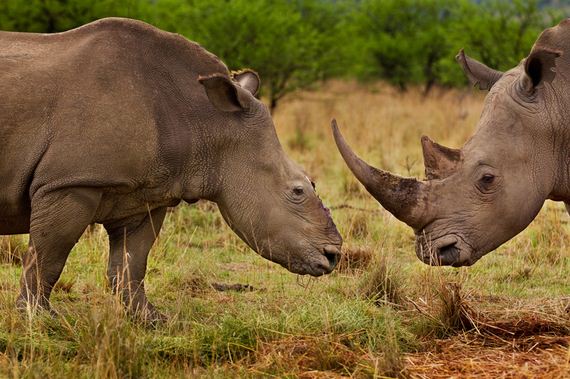 Baby elephant trying to wake up her dead mother, poisoned by poachers 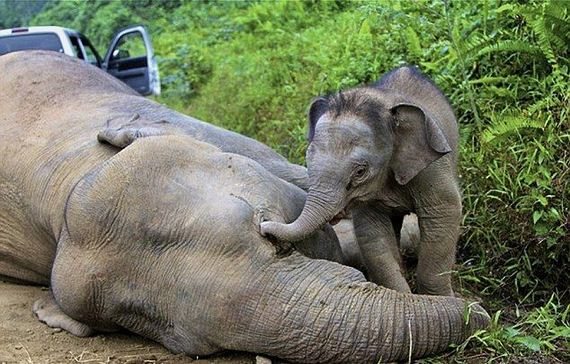 Poachers are now being supplied by international criminal gangs with sophisticated equipment to track and kill rhinos. Often they use a tranquiliser gun to bring the rhino down and hack of its horn leaving the rhino to wake up and bleed to death very painfully and slowly. Poachers are also often armed with guns making them very dangerous for the anti-poaching teams who put their lives on the line to protect rhinos. 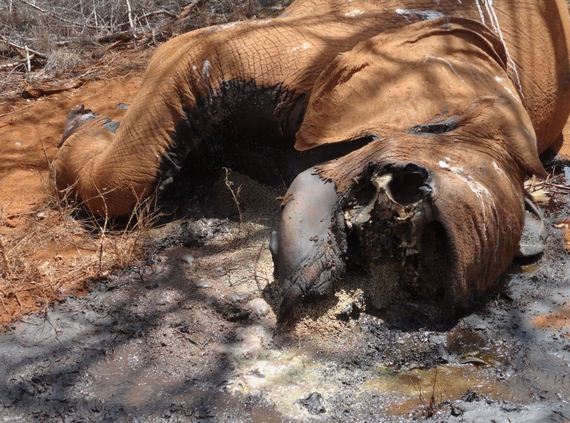 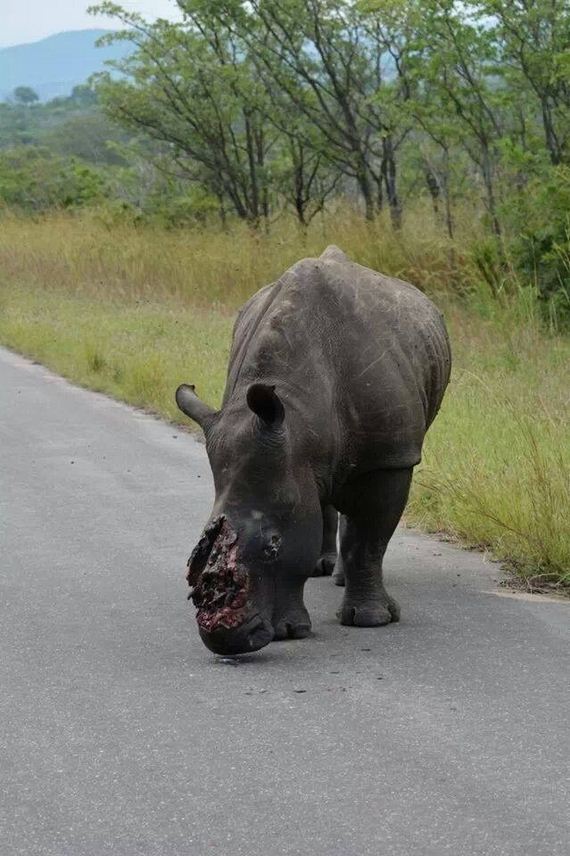 To keep the ivory from the black market, a plainclothes ranger hacks the tusks off a bull elephant killed illegally in Kenya’s Amboseli National Park. In the first half of this year six park rangers died protecting Kenya’s elephants; meanwhile, rangers killed 23 poachers. 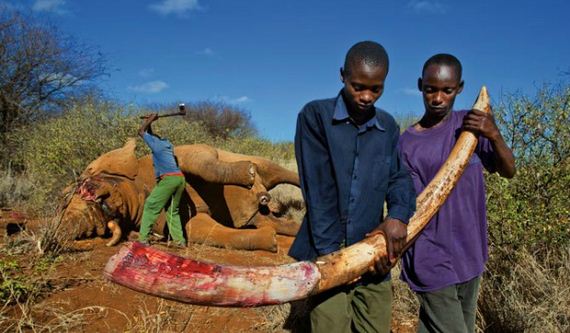 A large female Javan rhino, estimated to be between 15 and 25 years old, was shot and killed in late April 2010, and had its horn removed by a poacher. Turns out it was the country’s last. It’s the second subspecies of Javan rhino to go extinct. The third subspecies remains in Indonesia, likely confined to a single park, where as few as 35 of the critically endangered animals survive. 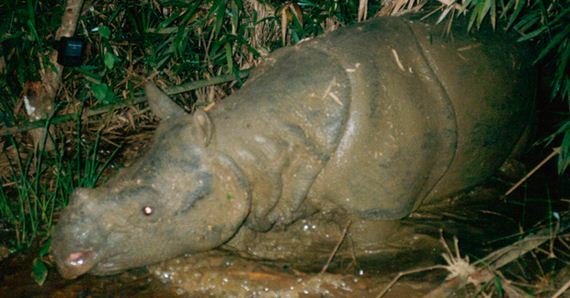 Despite efforts to save them, Africa’s Western Black Rhino is now officially extinct 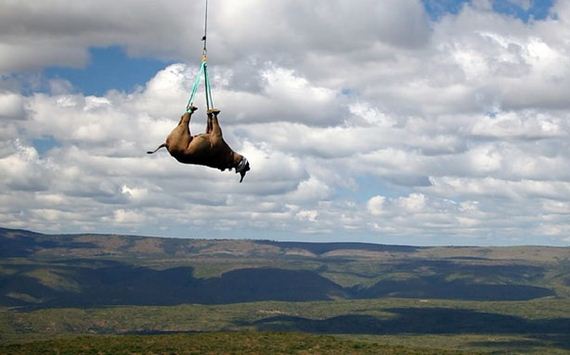 This is 1 of only 7 Northern White Rhinos left in essistance. 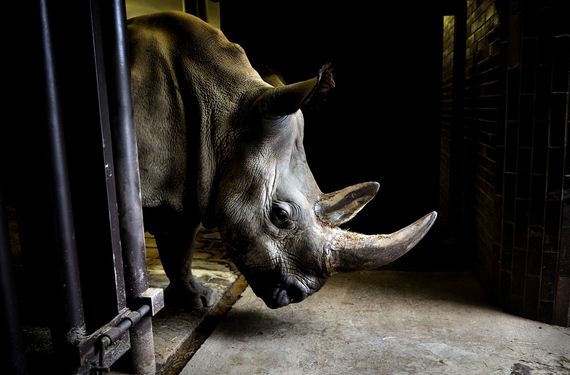 An White Rhino in the Kenyan Ol Pejeta reservation, roams about the plains flanked by armed bodyguards 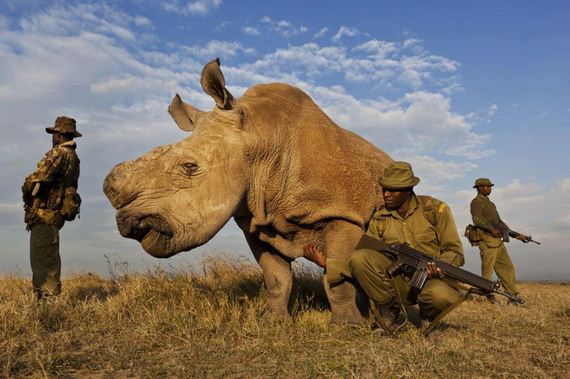 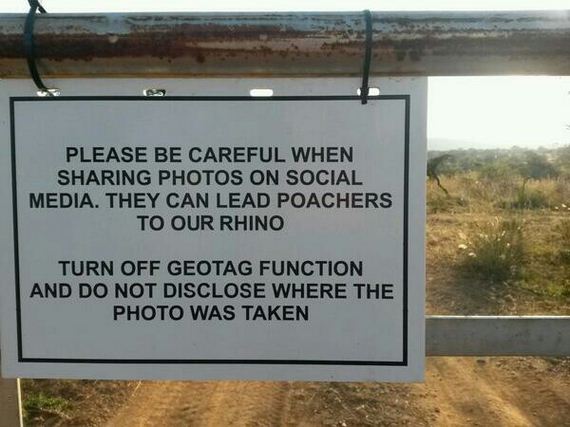 The gear it takes to stop Rhino poachers in South Africa 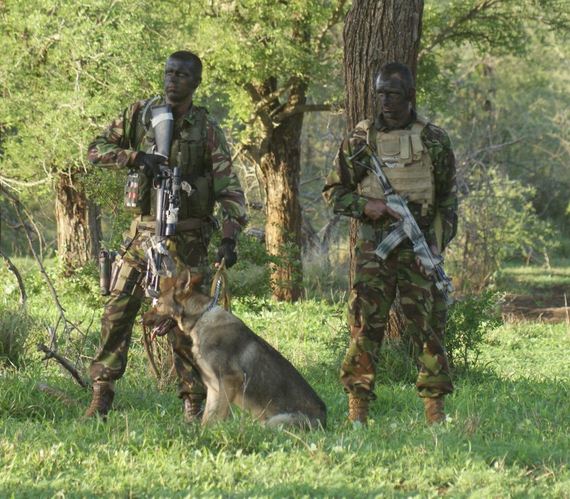 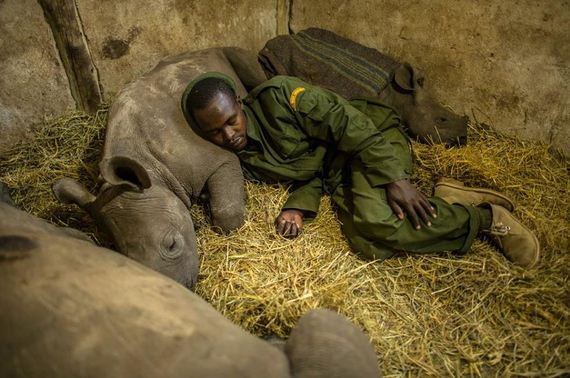 Gertjie was rescued from the wild on 7 May by staff at the Hoedspruit Endangered Species Centre (HESC) in South Africa after he was found next to his mother’s body. 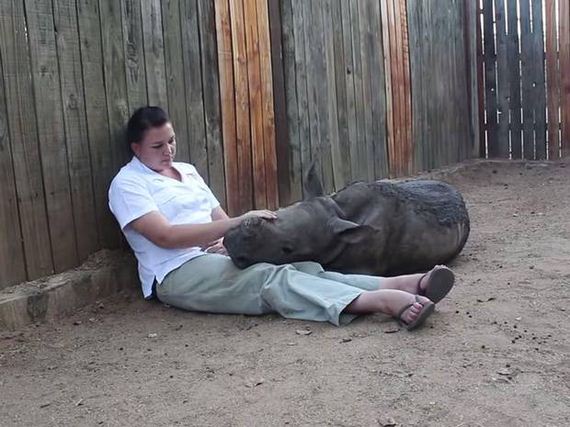 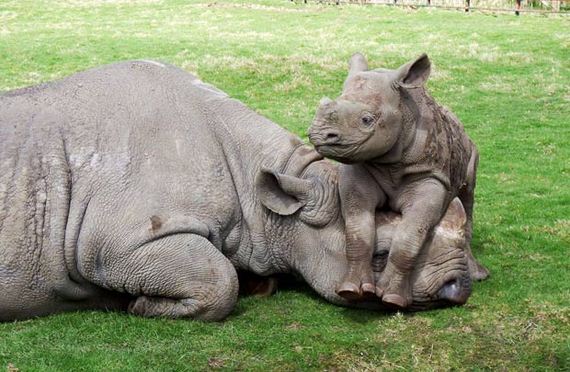 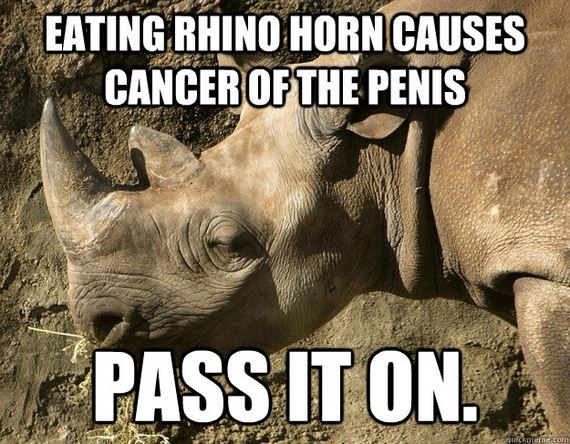 Previous Attention All Women!
Next Horror Movies Based on Actual Events