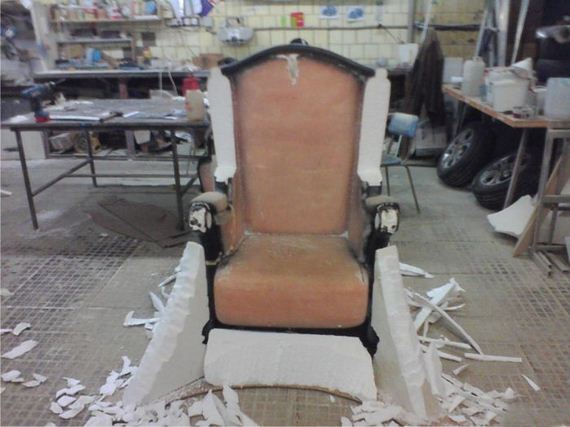 After losing a bet, George R.R. Martin had to add a character to A Dance with Dragons named Sir Patrek of King’s Mountain. The character’s heraldry looks like the Dallas Cowboys’ logo, and he was killed by giants within the story.
When the heights of the characters from the books are compared, dire wolves tower over most. This is drastically different in the TV series. 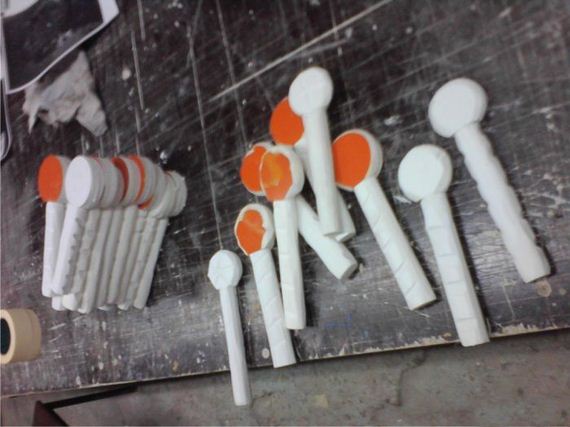 “Arya” was also one of the most popular names for baby girls in 2012.

Like his character, Maester Aemon Targaryen of the Night’s Watch, the actor Peter Vaughan is legally blind. 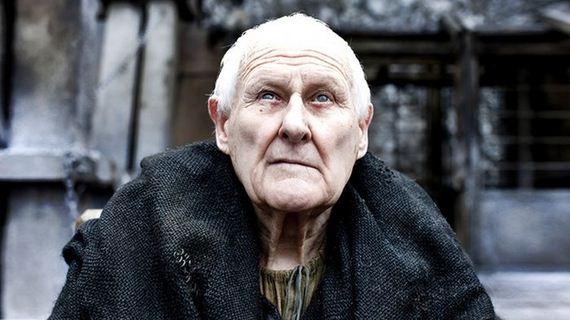 The dog that played Sansa’s dire wolf, Lady, was adopted by Sophie Turner, the actress who plays Sansa.

A Song of Ice and Fire was inspired by George R.R. Martin’s childhood turtles, which were kept in a toy castle. The inexpensive turtles were usually unhealthy, and he’d fantasize about their lives and speculate on their deaths in their toy castle.

George R.R. Martin has revealed all the major plotlines and the main ending of the story to the producers of the TV series. He claimed he was worried about the status of the show in the event of his death.

In the TV series, a character reels off a list of famous dragons, including “Vermithrax,” which is the dragon from the 1981 film Dragonslayer. 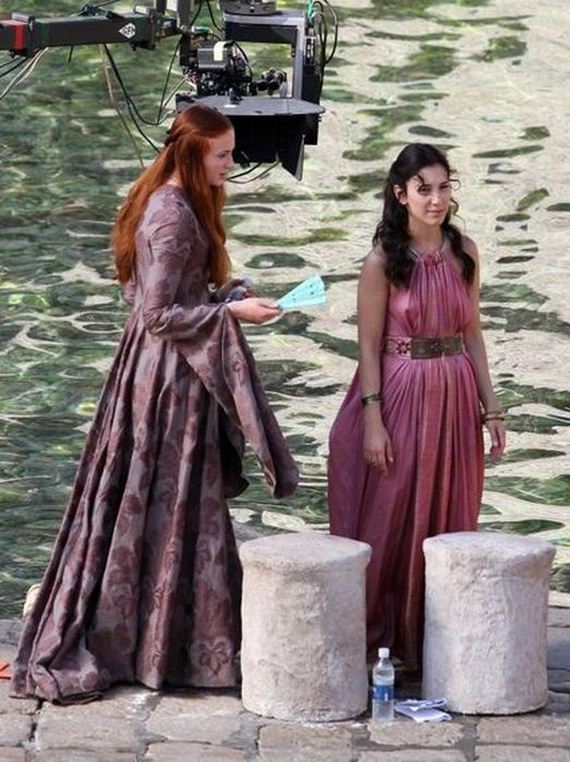 George R.R. Martin was inspired by the death of the Avengers character Wonder Man. 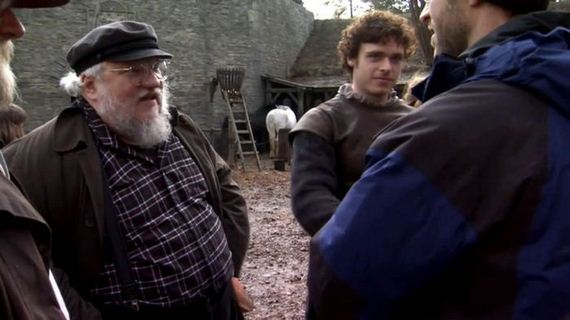 George R.R. Martin didn’t actually write any of the Dothraki language we hear in the TV series. HBO hired a company that specializes in creating imaginary languages.

Linguist David Peterson came up with more than 2,000 words for the Dothraki language and claims there are more words for “kill” than for “love.”

George R.R. Martin pays tribute to writer Jack Vance, who is known for using long, ornate words, by having Grand Maester Pycelle use long, ornate words such as “insalubrious,” and “efficacious” in conversation.

The books were optioned for TV after the producers read the chapter detailing the “Red Wedding.”