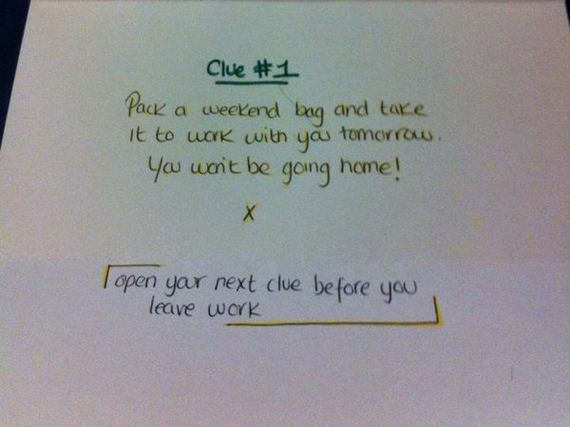 Imgur user, TravelBeans, received a phone call late one night from his long distance girlfriend. She told him of a hidden envelope that he needed to open. Little did he know, he was about to embark on quite the journey. 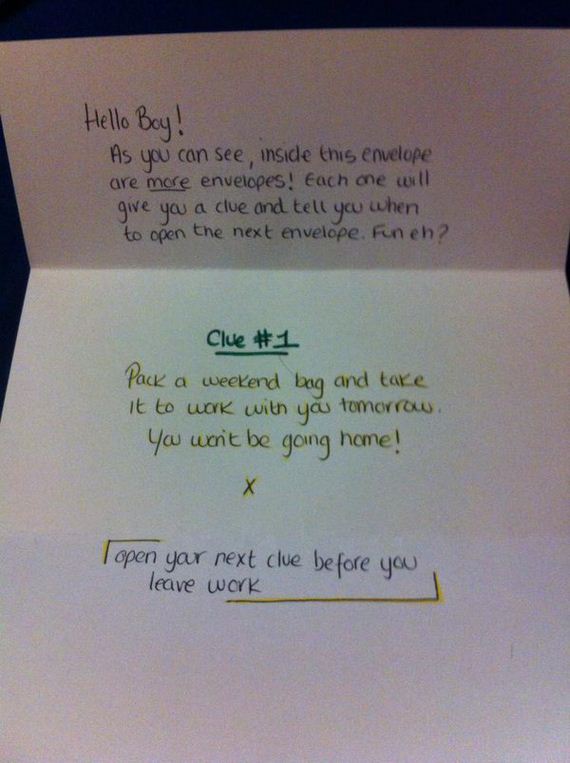 So, he packed his bag and went to bed anxiously waiting to open up the next envelope after work. 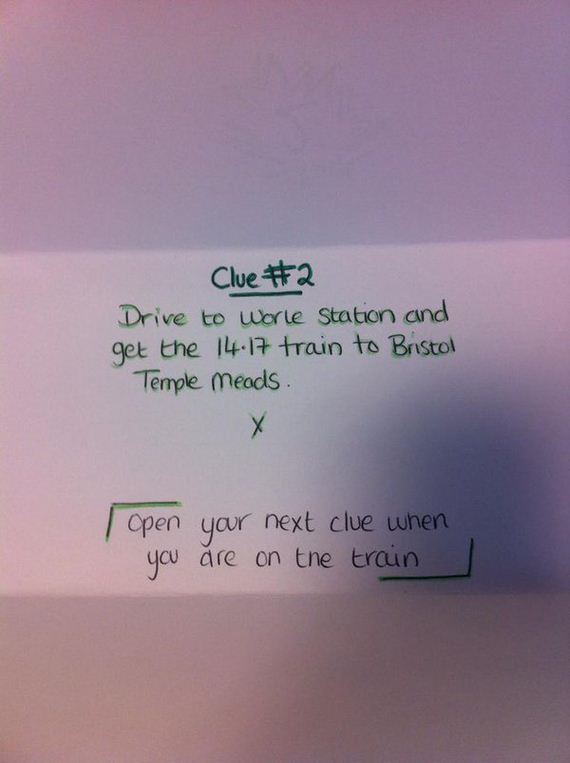 After what seemed like forever, he opened up his next clue when he finished up work. 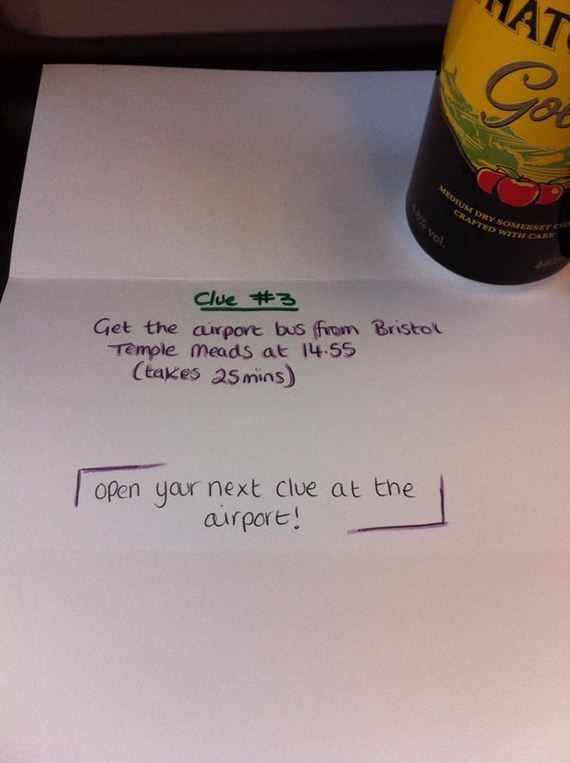 Continuing along the journey, he began to wonder just what might come next. 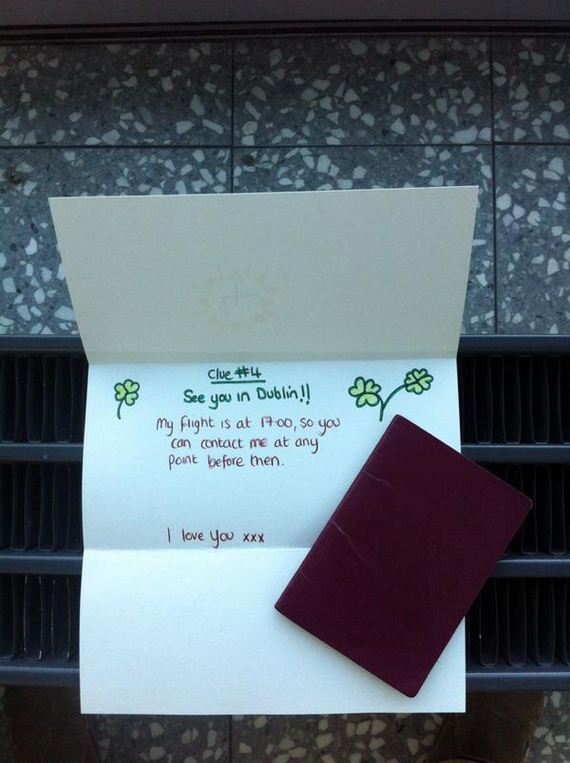 Finally, the last of the clues revealed that he was flying to Ireland! 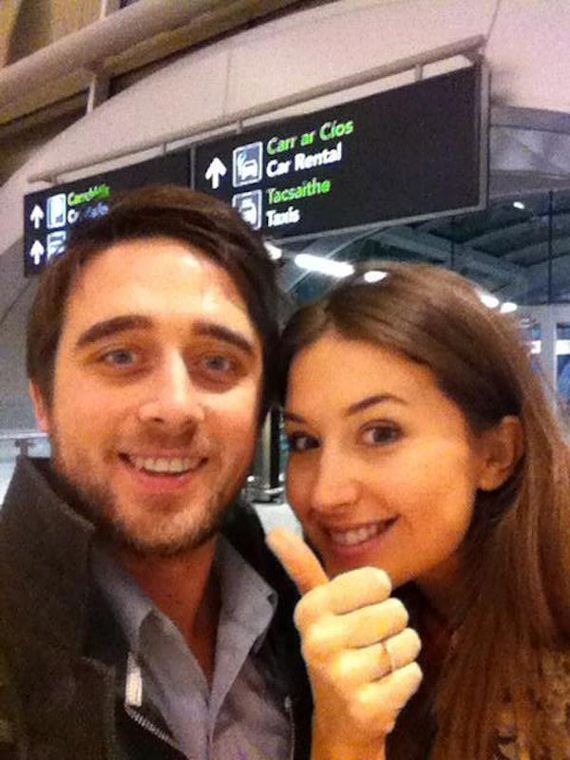 So, only three hours after work, the two were reunited in Ireland to spend some much needed time together. That’s quite the girl he’s got there, pulling off an impressive trail of clues with the ultimate reward at the end.

Previous Genius or Stupid?
Next Somebody has recreated “The Shining” hotel with gingerbread